Still working on that Kennys Vargas rainbow, now down to just one! (Clear Acetate /10) 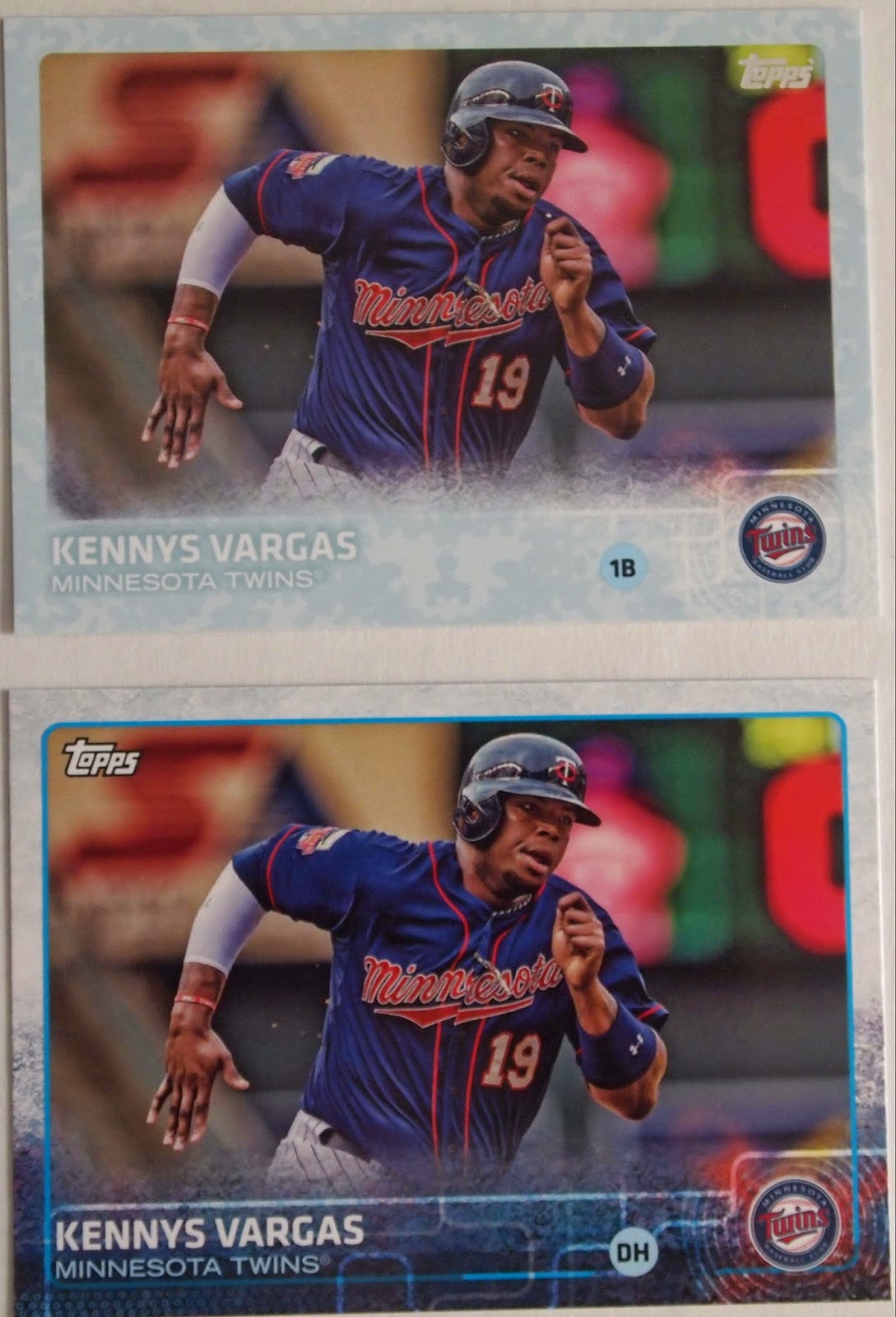 There's the Snow Camo numbered to 99, and the Team set card - The variation here shows his position as DH.

While going after the Snow parallel, I saw several Vargas certified Autograph cards pop up - I found these two at a very reasonable price! 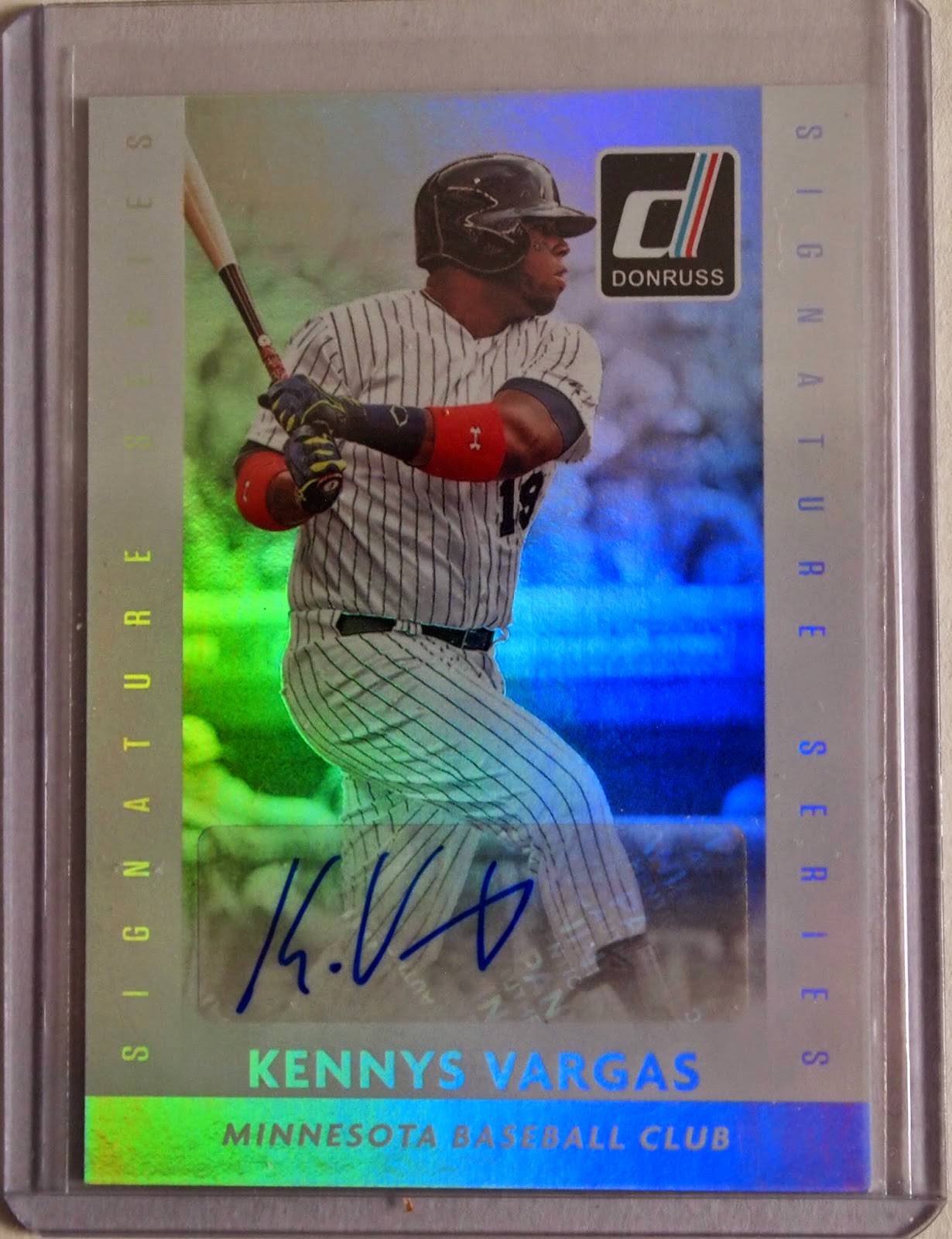 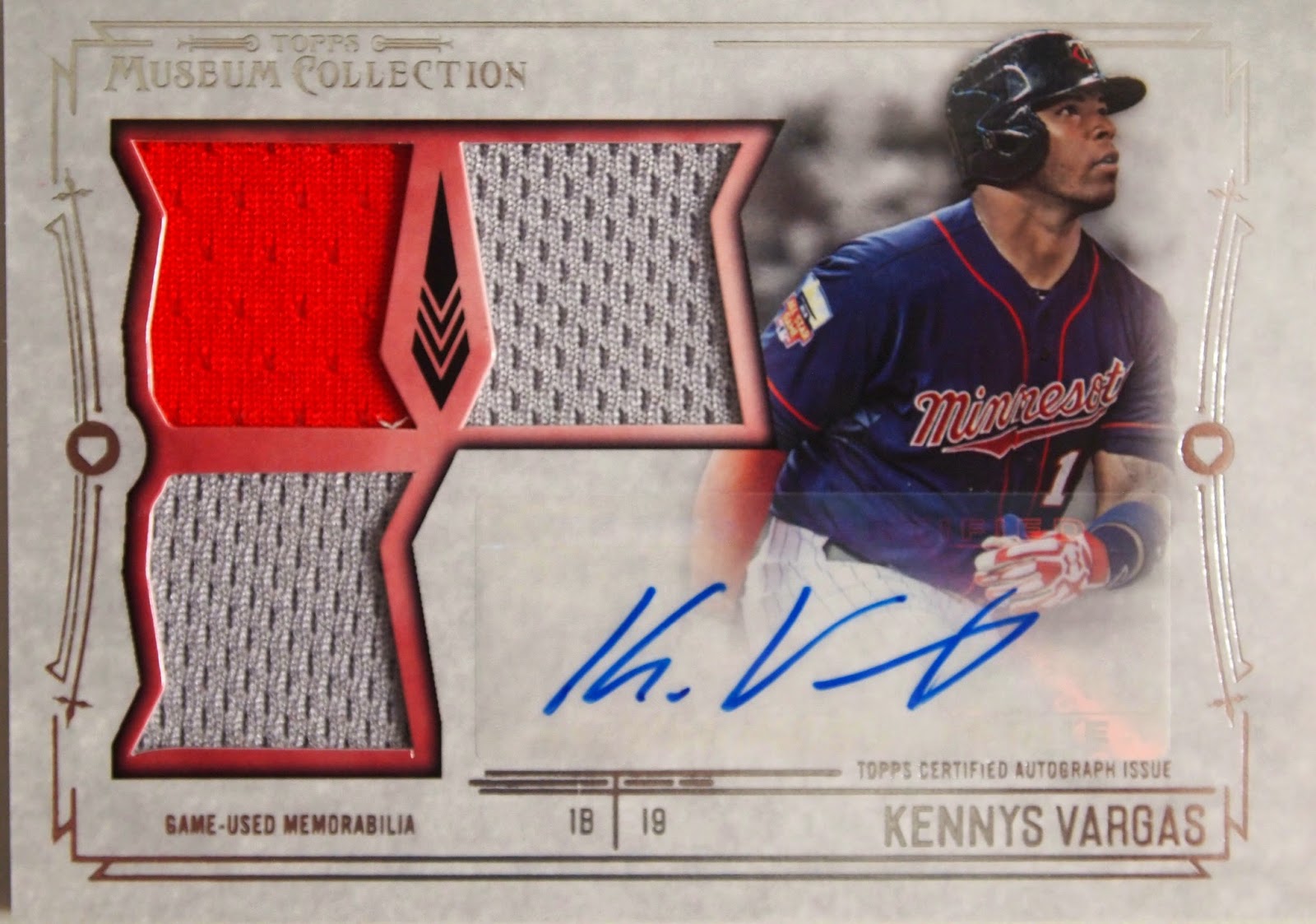 There are a few fancier patches floating around out there- but I picked up this one for a song, it's still a great looking card!

I just missed out on a 1/1 Vargas from the new Gypsy Queen set, it's ok though; I would have ruined my budget for the next card show if I had won the auction...

So, still looking for the /10 parallel from Series One. Hope one turns up soon!
Posted by Brian at 7:58 AM