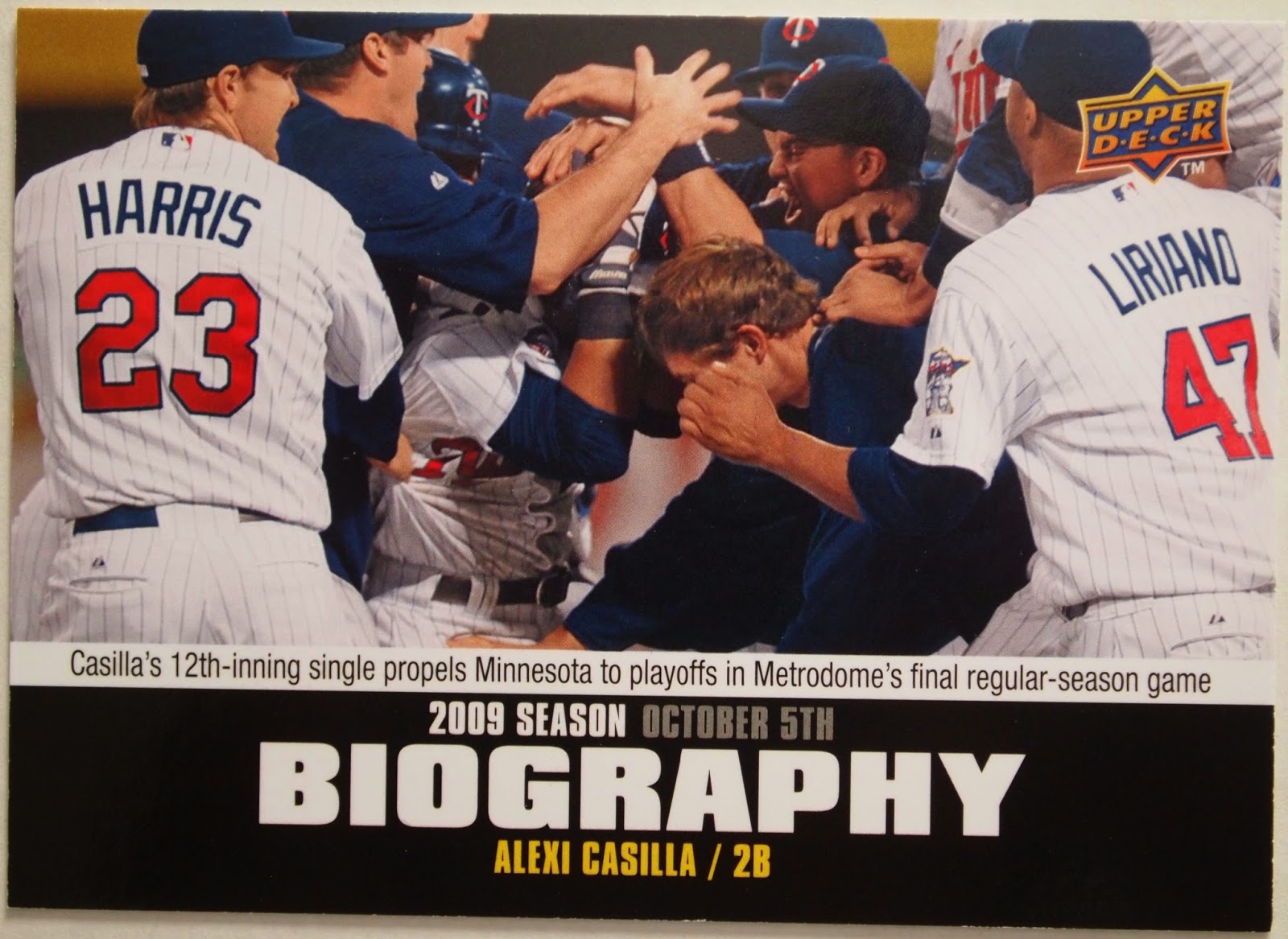 Jim from GCRL also sent a big batch of new to me Twins. Long-time readers of my blog with very good memories will remember that I talked about wanting a card that commemorated the walk-off win in game 163 of the 2009 Season - Jim had a copy of the card and sent it along. 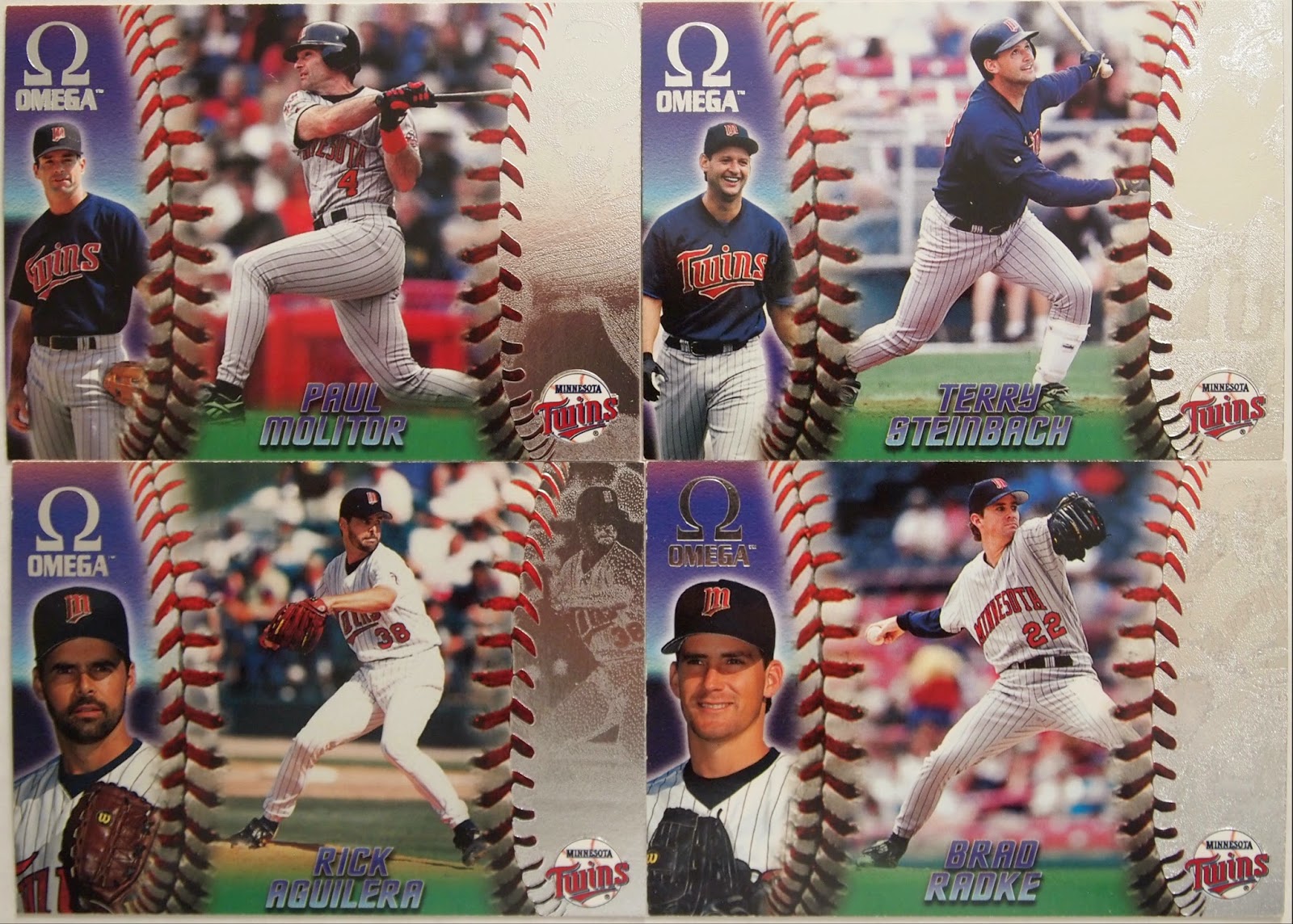 These pacific Omega cards have a little bit of everything - texture on the seams, foil, two photos on the front, and of course, the original Series Star Trek font for the player's name. 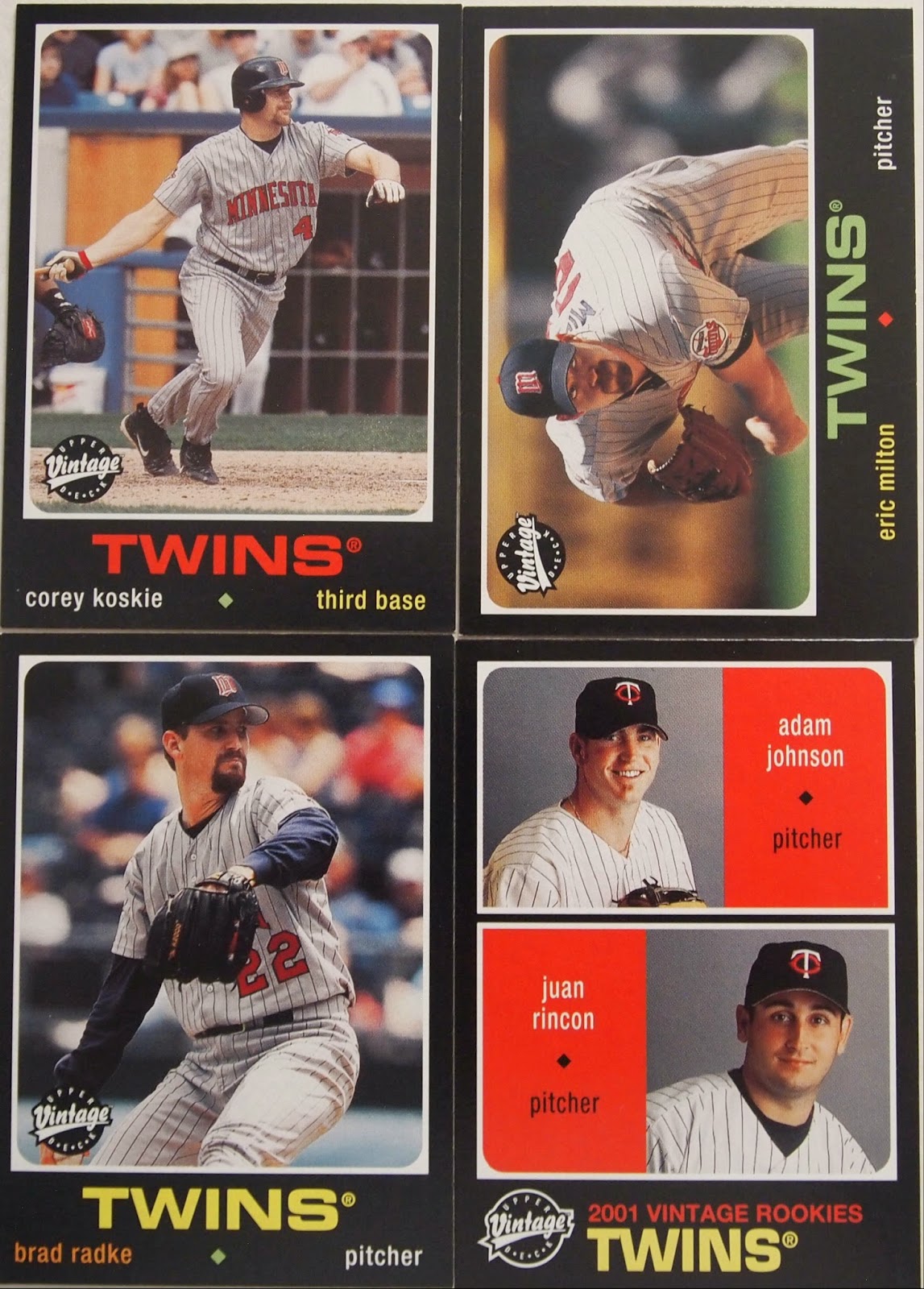 Upper Deck was so clever - when they bought O-Pee-Chee they effectively bought the rights to use some vintage Topps designs as well. You'll recognize these Twins rocking the 1971 Topps (sort of, they flipped the picture above the text). 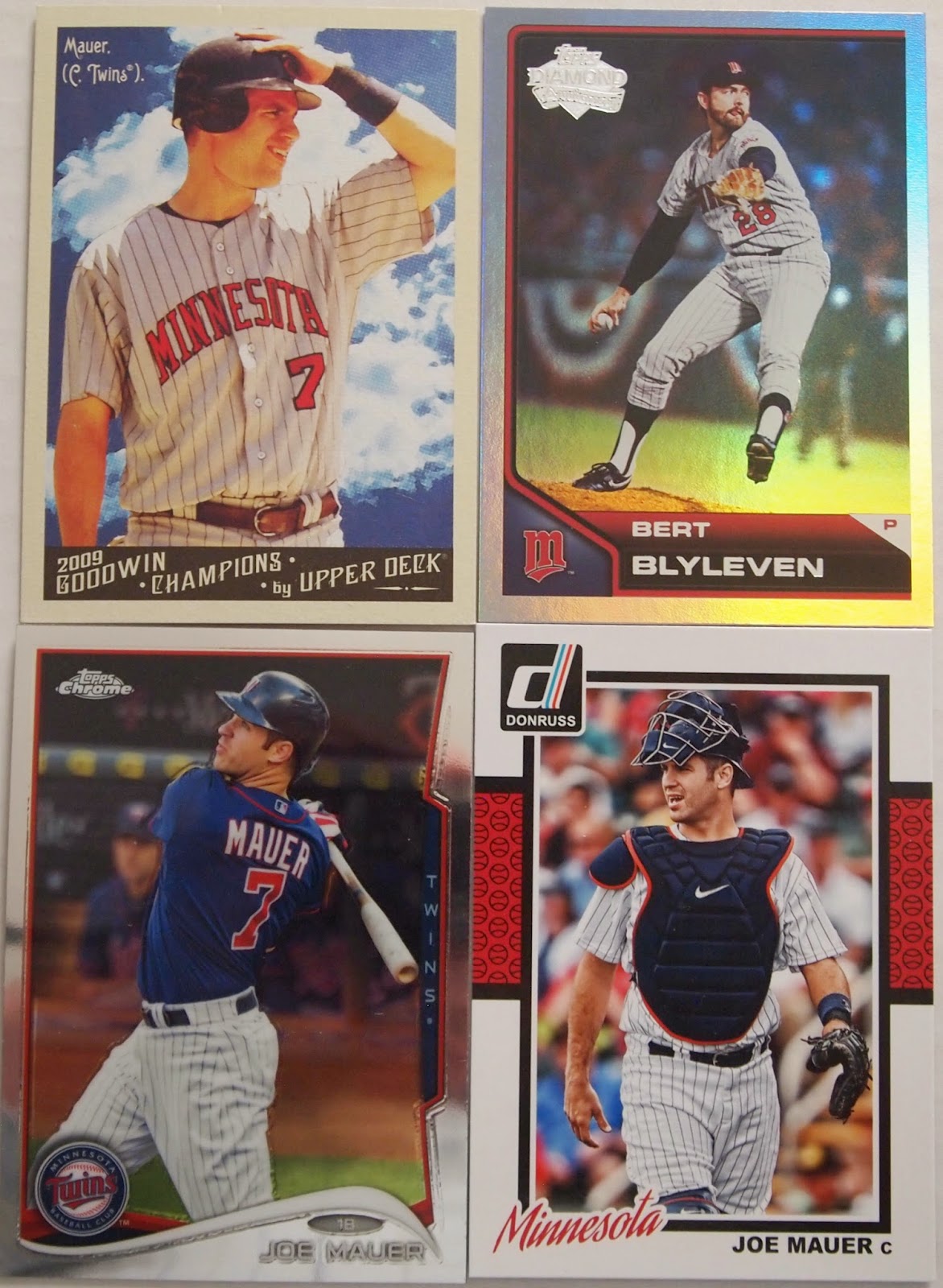 I've decided that the Blyleven card above is from the 1987 World Series (because of the bunting). Either way, it is super shiny. These three Mauers were new to me, too! 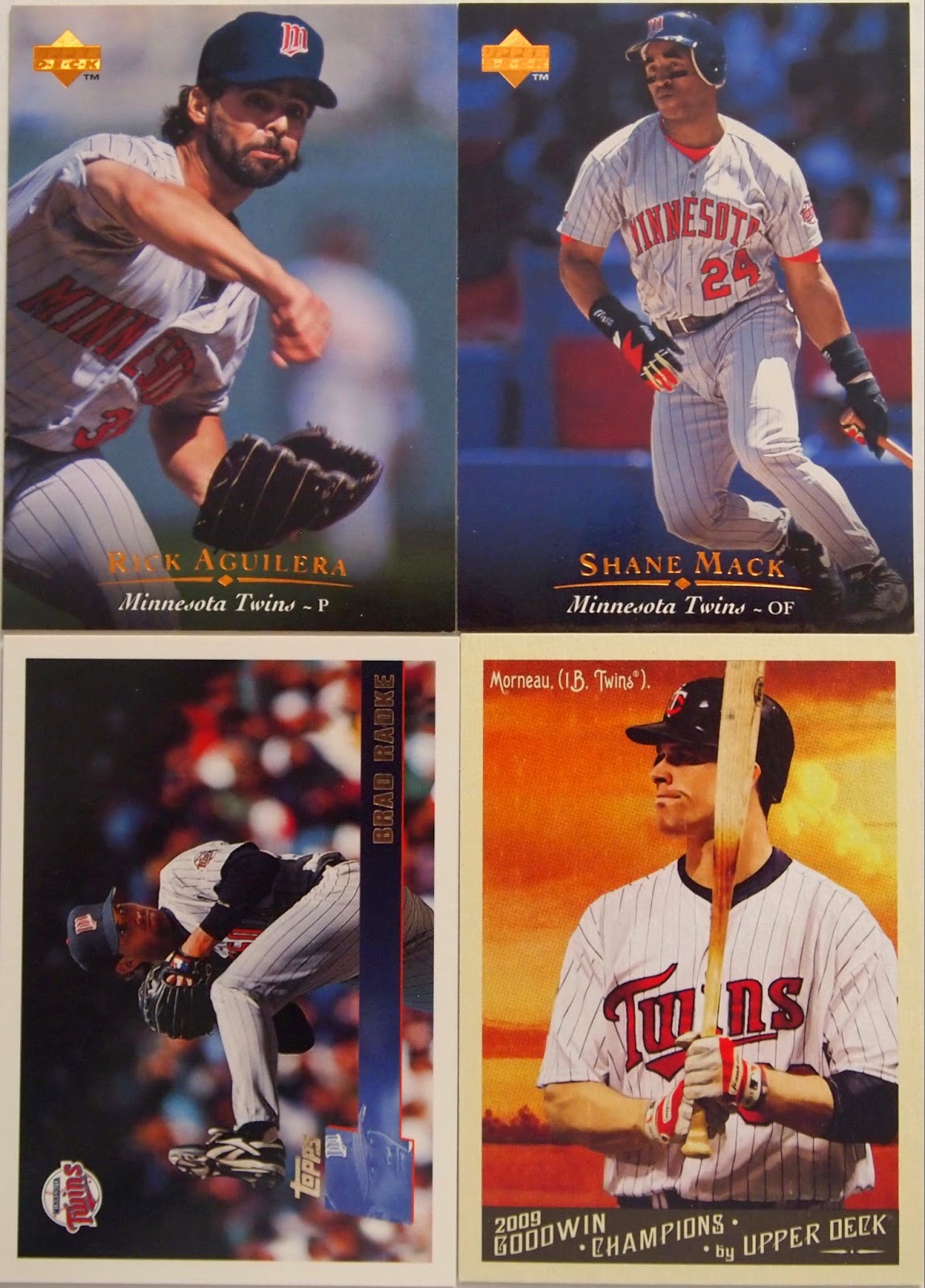 Bring it on home with a trio of Denards - there was a lot more to show in the box, it was quite the haul! Thanks very much Jim, I'll keep my eye out for more Dodgers and double dips for the next trade!
Posted by Brian at 7:18 AM