You know The Commerce Comet. He was named after his Dad's favorite ballplayer, Gordon Cochrane. Despite being diagnosed with Osteomyelitis from an infected ankle, his leg was saved from amputation by a midnight ride to Tulsa (possibly the second most important midnight ride in American History?).

He caught the eye of a scout while playing for the Semi-Pro Baxter Springs Whiz Kids. The scout was there to see Whiz Kids' Third Baseman Billy Johnson - not to be confused with future teammate and New York Yankee of the same name. Little Billy was upstaged by a teenaged titan - The Commerce Comet hit three homeruns in the game, and the scout returned to sign the young slugger after his high school graduation.
You know the stories - hard drinking, reckless behavior; and dazzling baseball sidetracked and derailed by debilitating injuries. Mickey Charles Mantle is an icon. Especially on cardboard.

It might be the least expensive one out there - but I really love the design. I prefer it to some of the base cards with big close up head shot portraits.

I was checking out some ending soon auctions eBay and noticed that this card had zero bids - I assumed that someone was getting ready to swoop in and snipe it, but I figured I would put in a bid just for fun.

Well, I won, and I'm happy to report I am the proud owner of my first Mickey Mantle card! 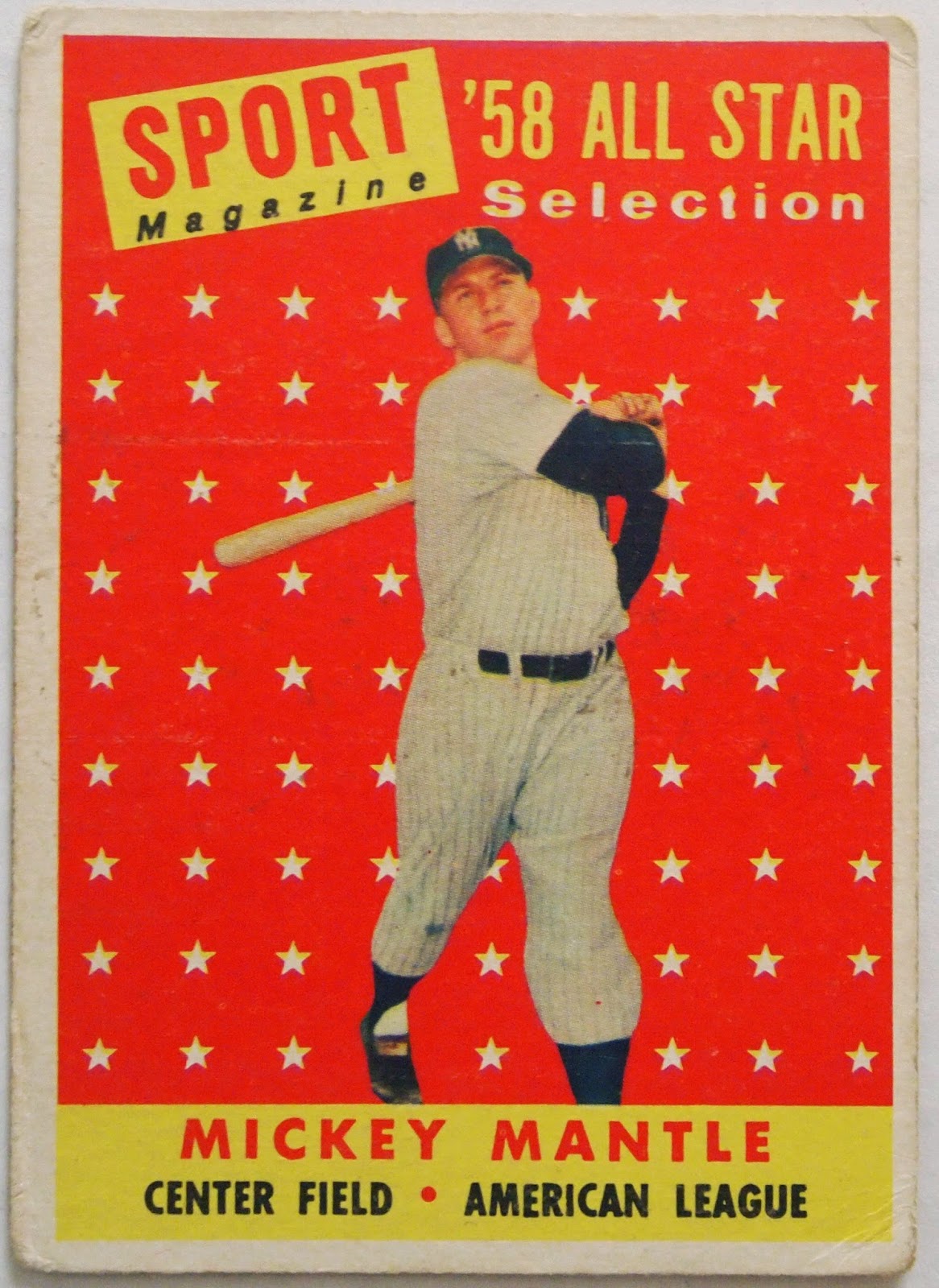 Not the best shape in the world, but it's still gorgeous! Sent to me all the way from jolly old England! 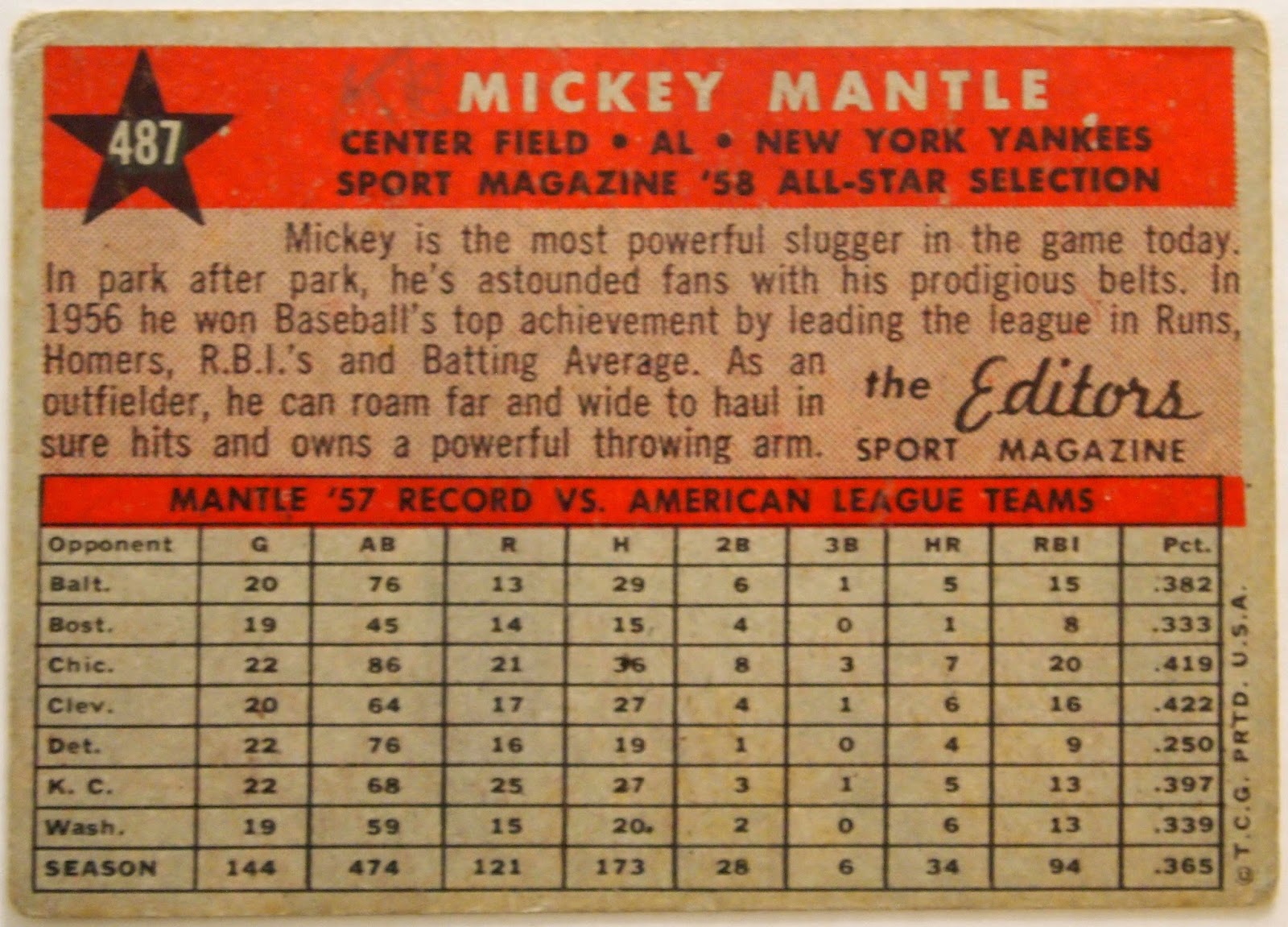