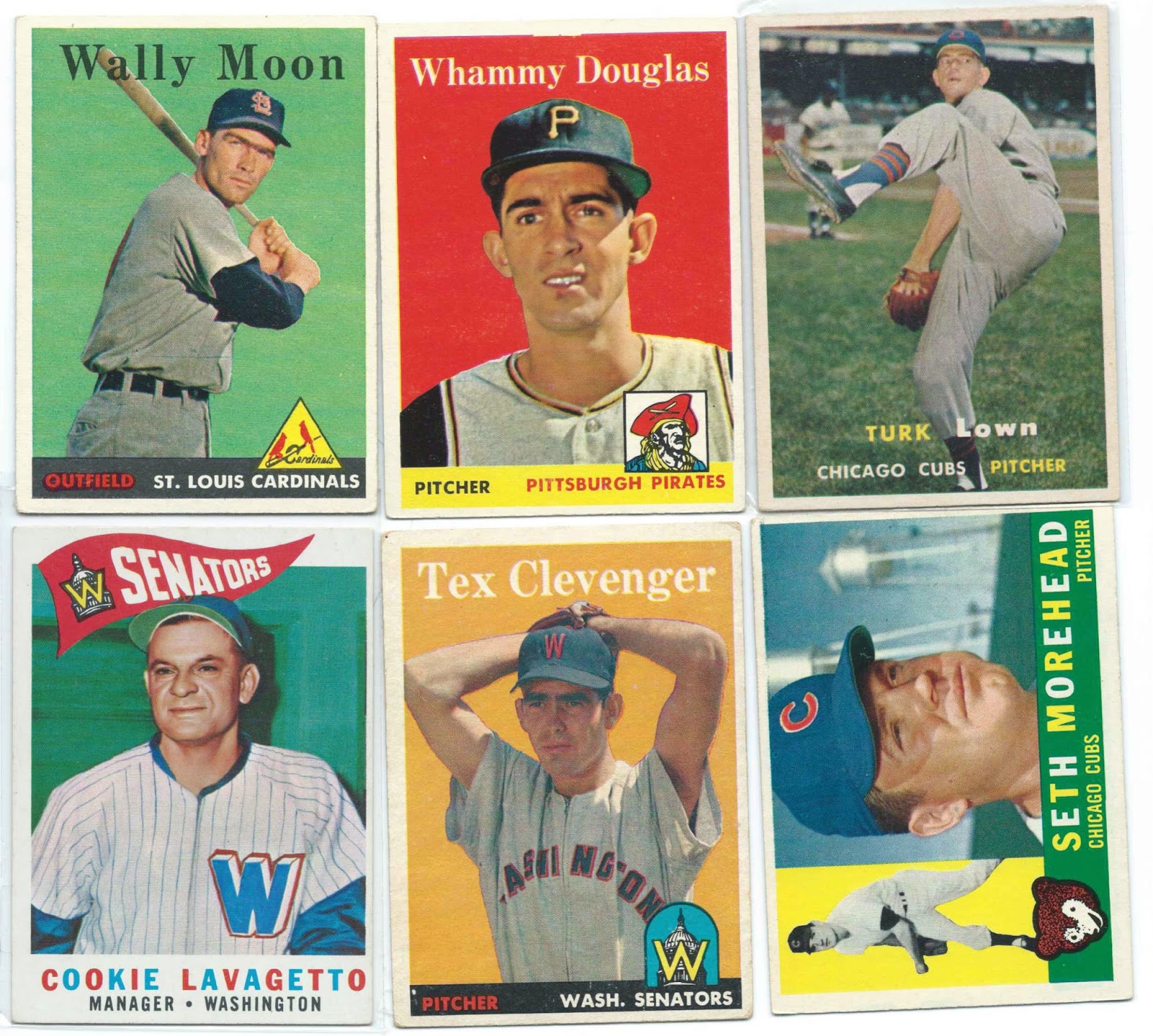 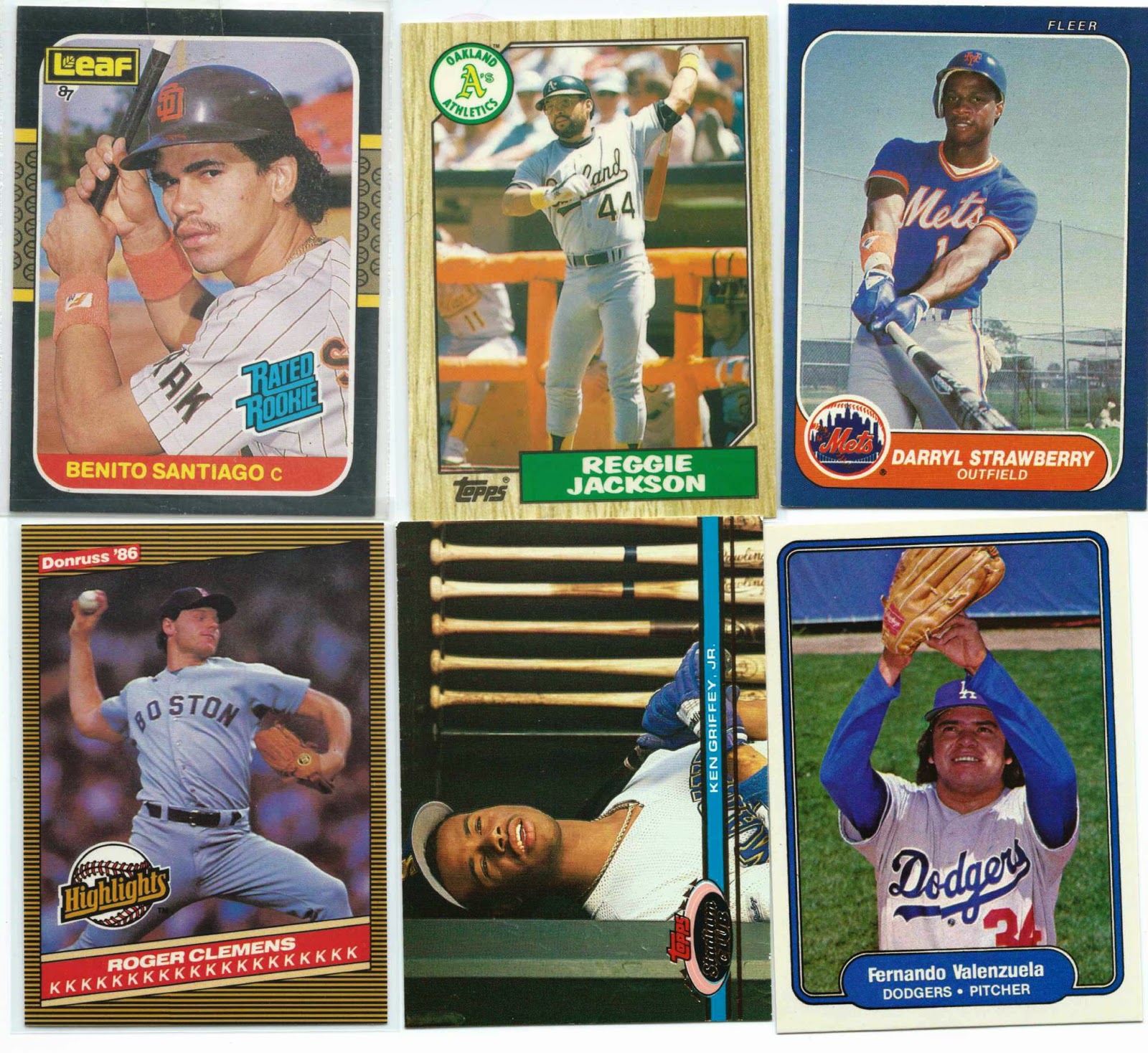 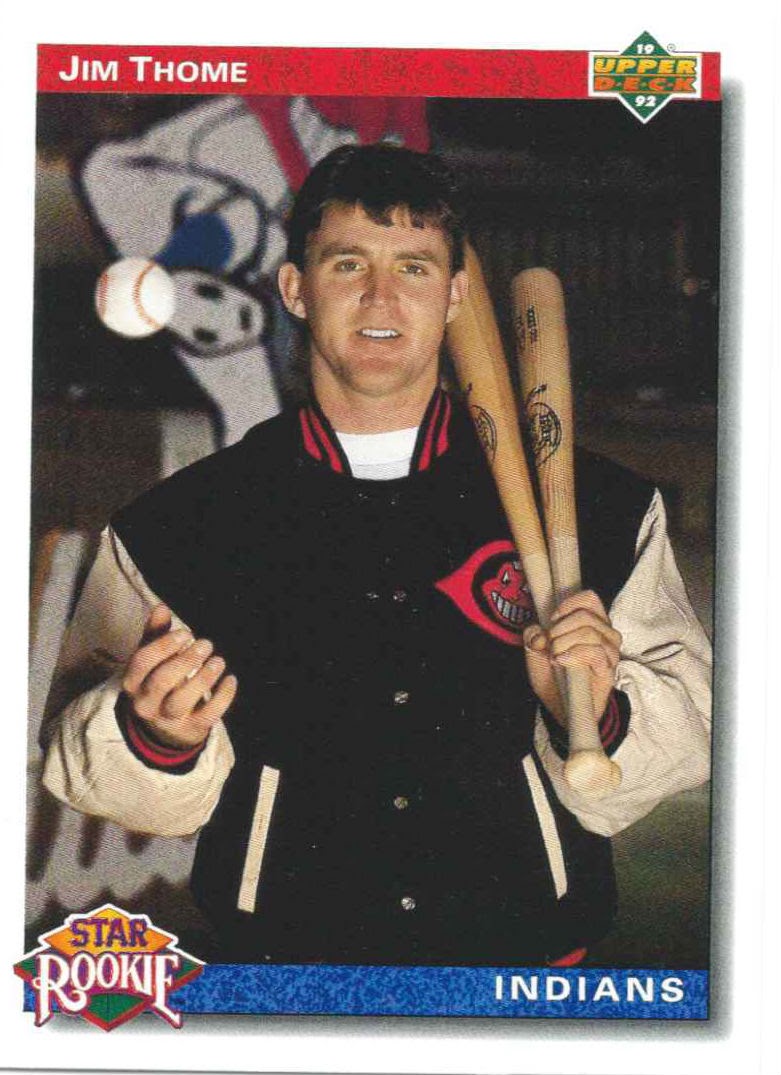 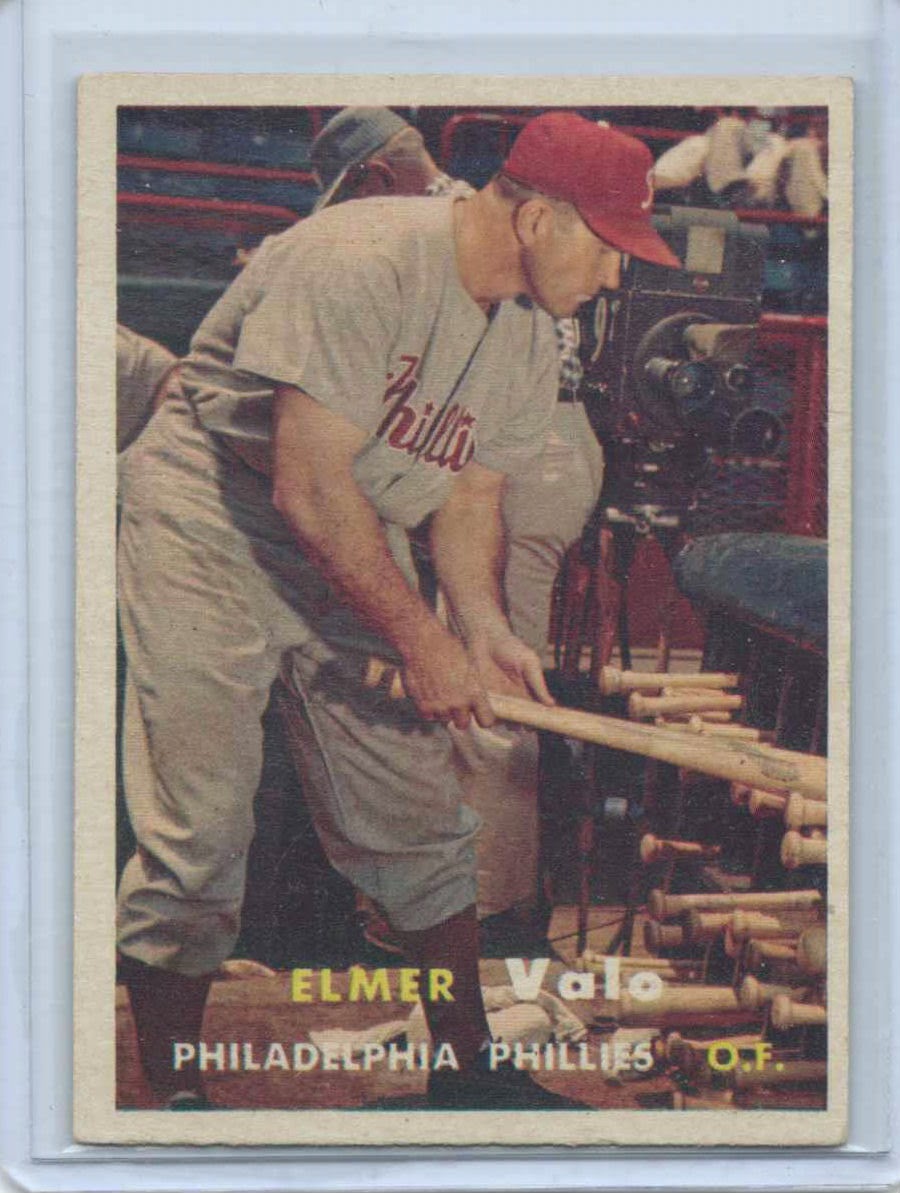 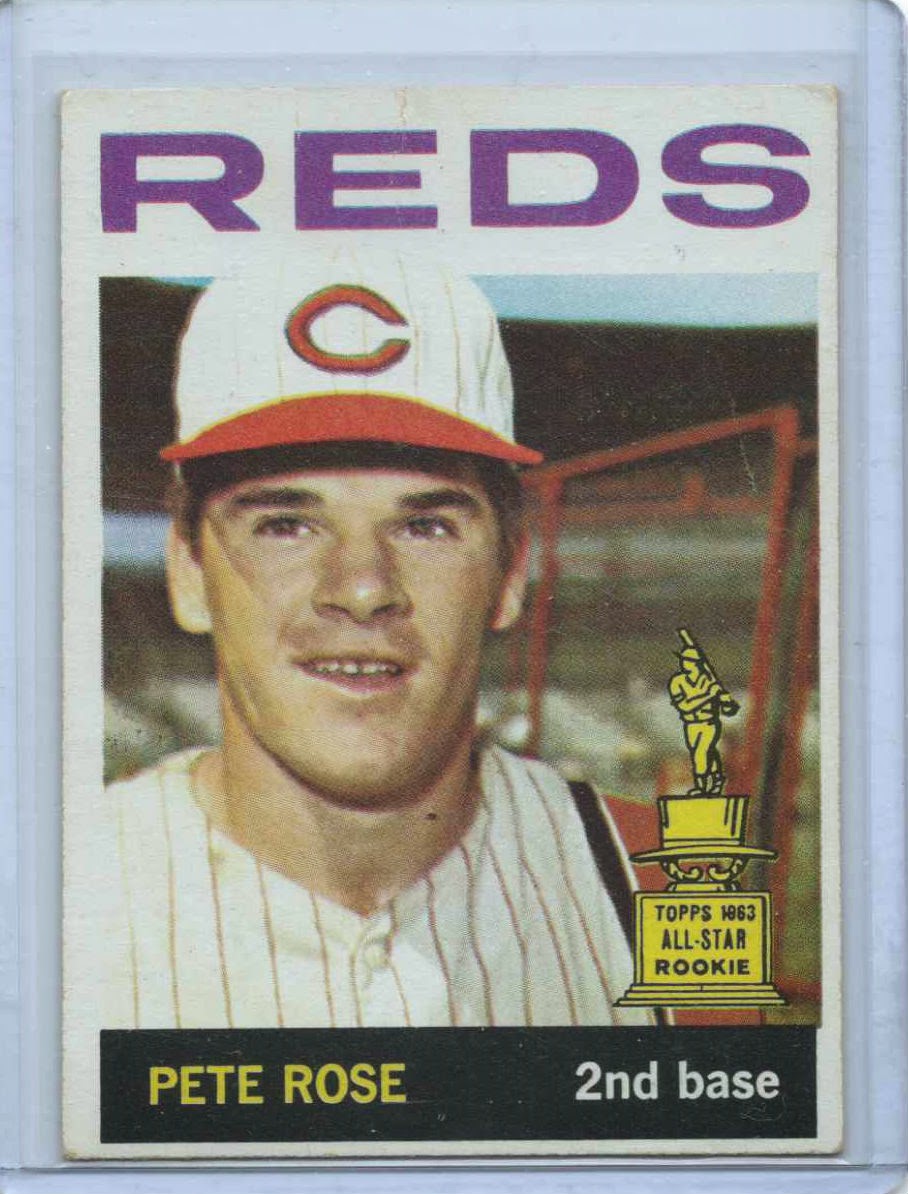 What are some of the more specific collections you've developed, and how did it occur to you to start it?
Posted by Brian at 4:39 PM 8 comments:

Are you "Condition Sensitive"? I like to think that I am not. But reality sets in when I am at a card show and confronted with options on vintage cards. 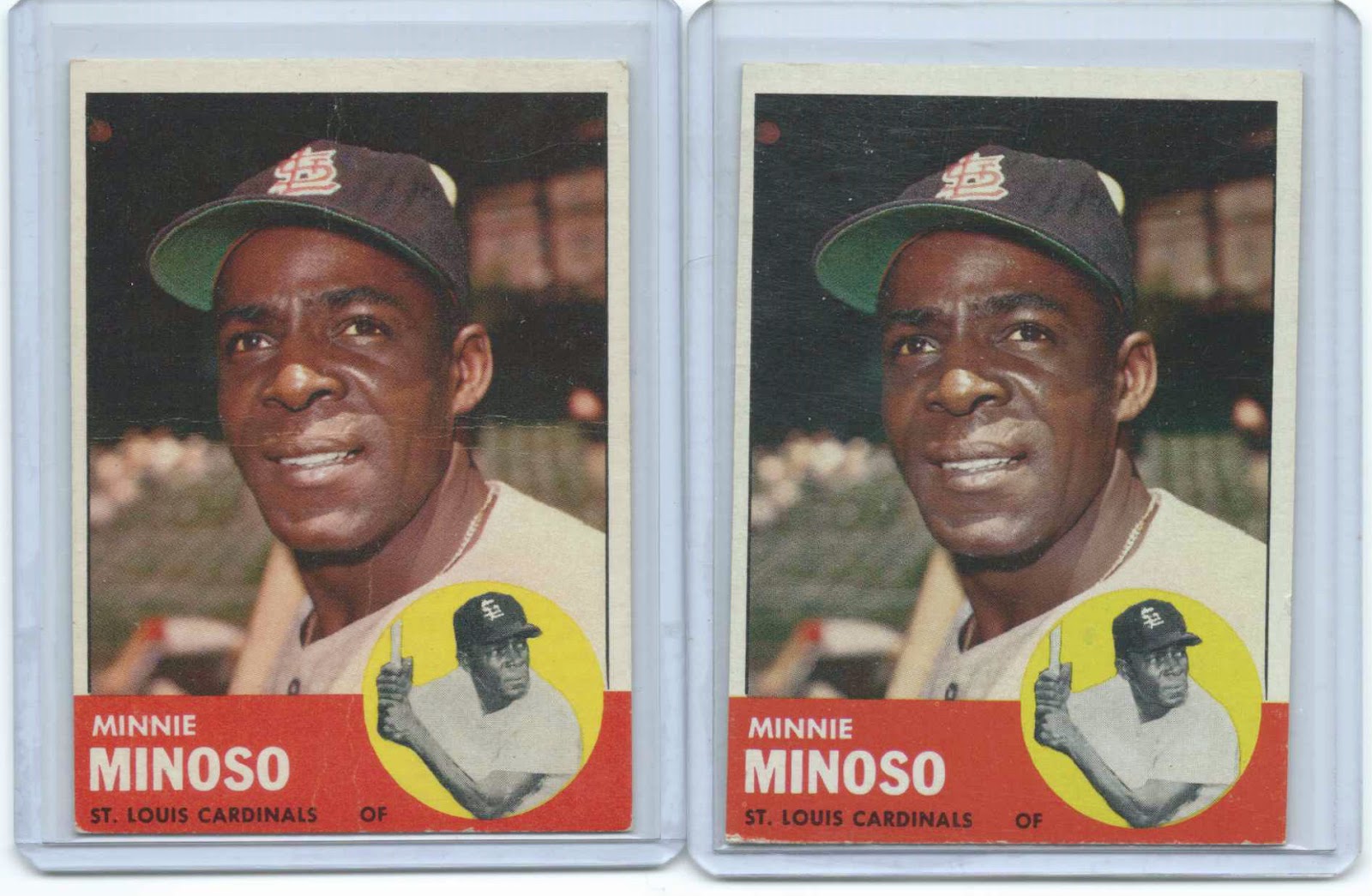 The whole thing is Highly Subjective! I shouldn't be ok with any of this: 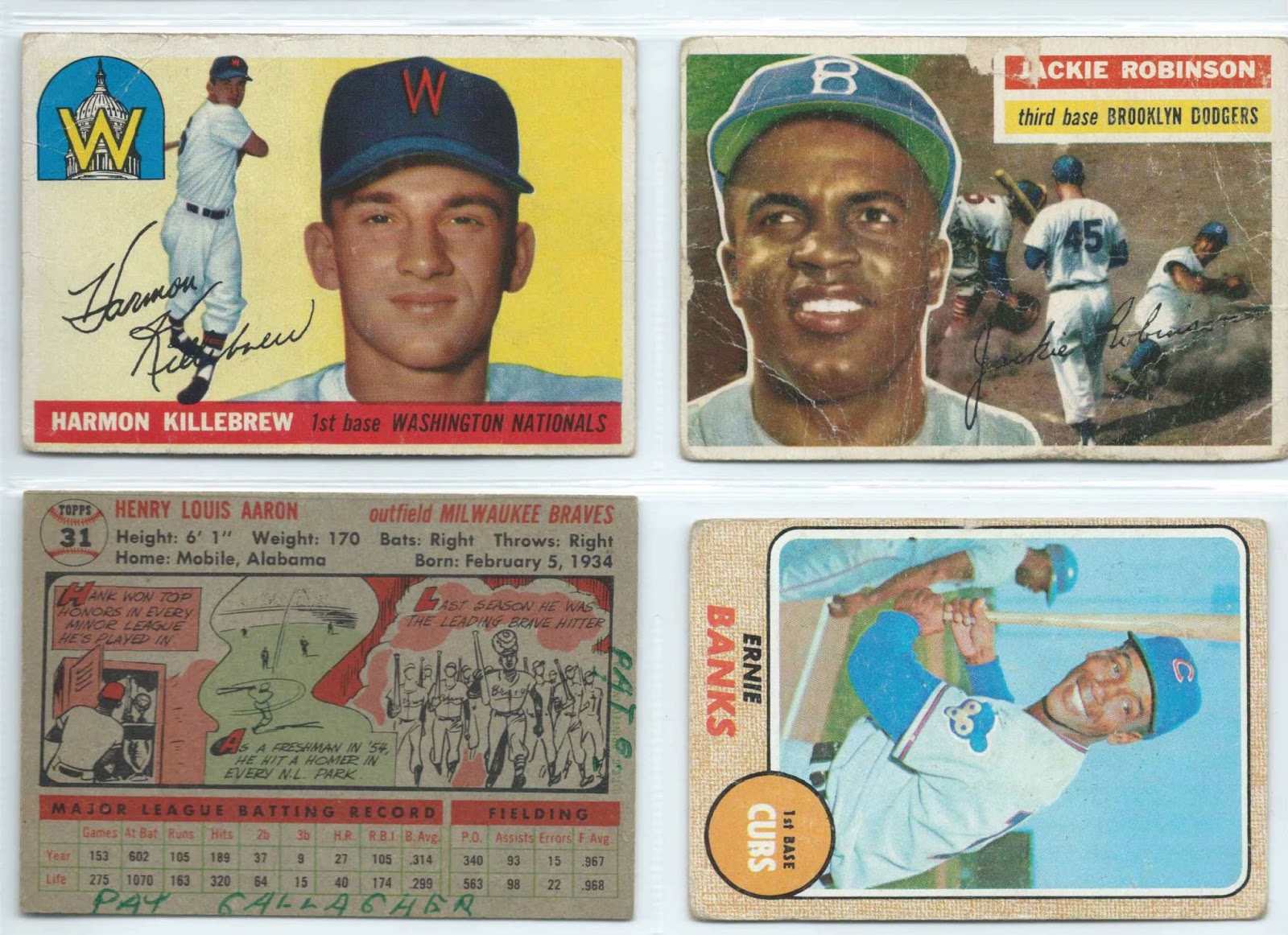 if I'm vehemently opposed to this: 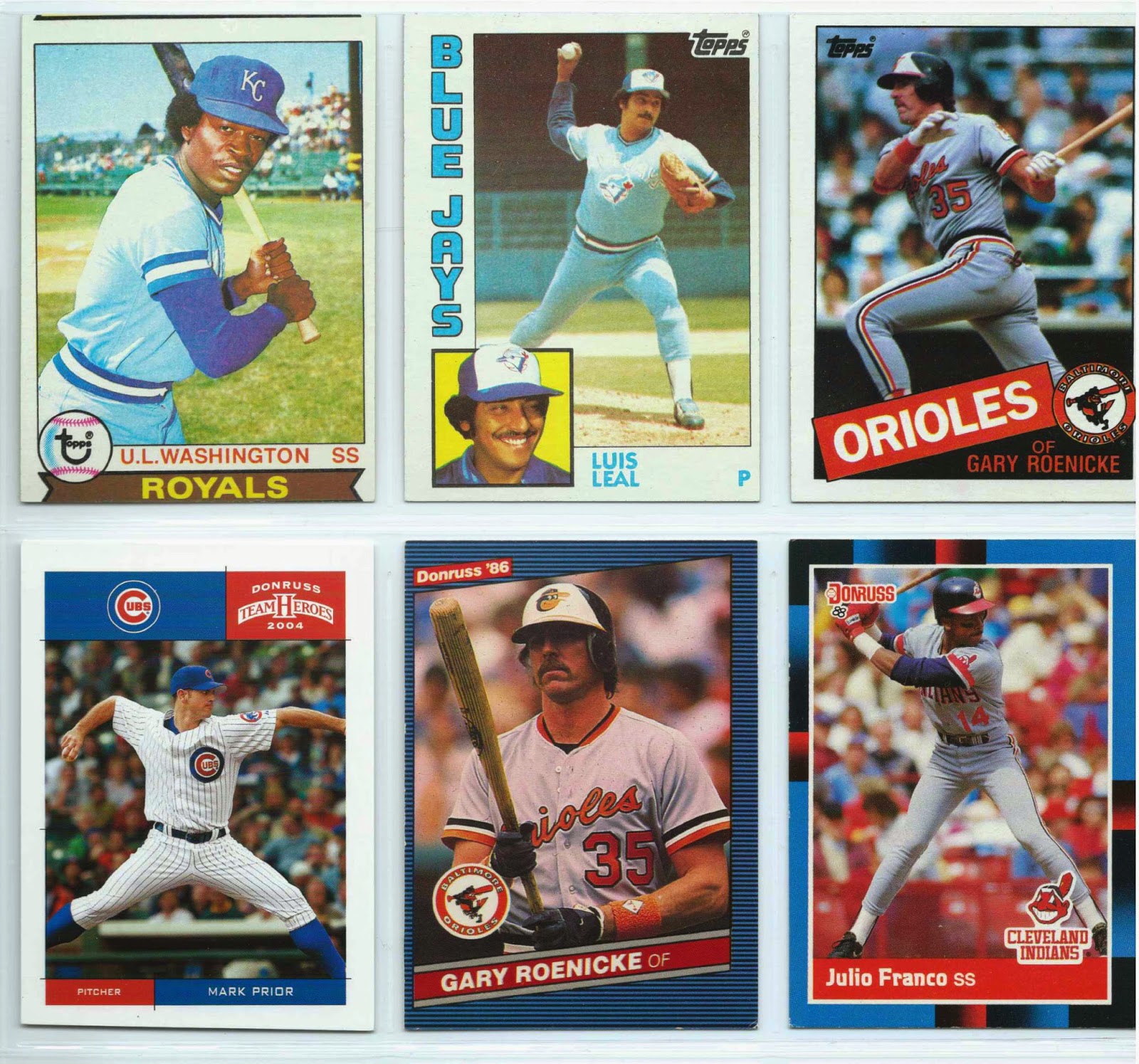 Some of it comes down to price, of course. If I'm looking at cards that cost $5 or less in NM condition, then, yes, of course I don't want to get one that is beat up, because it doesn't really save me that much money.

I'm pickier about commons than Hall Of Famers. Rounded corners and/or creases don't bother me nearly as much as miscut cards. Cards have been written on don't even bug me that much, depending on the card. Hammerin' Hank can be Autographed by a gawky 1950's teen, but that 1988 Donruss Julio Franco has to be gem mint if I'm parting with my dime. Some sets just don't look good if they are a little dinged up (black borders, or even solid color borders like the 1963 Topps set).


What are your deal breakers for card condition? Where do you let things slide a little more?
Posted by Brian at 4:13 PM 2 comments:

Hi - welcome to this tiny corner of the internet! ﻿

I have re-started my passion for baseball card collection after many years away. Since this is the first post of a new blog, it makes sense to me to write a little bit about why I am here.

There's a dollar store about a block and a half from my house, and in the fall of 2013 I was in there looking for some random items. I noticed that they had a rack of baseball cards and felt the need to investigate closer. In addition to smaller than average foil packs of 2013 Topps baseball and some repacks, the rack also contained several unopened wax packs of 1989 Donruss. 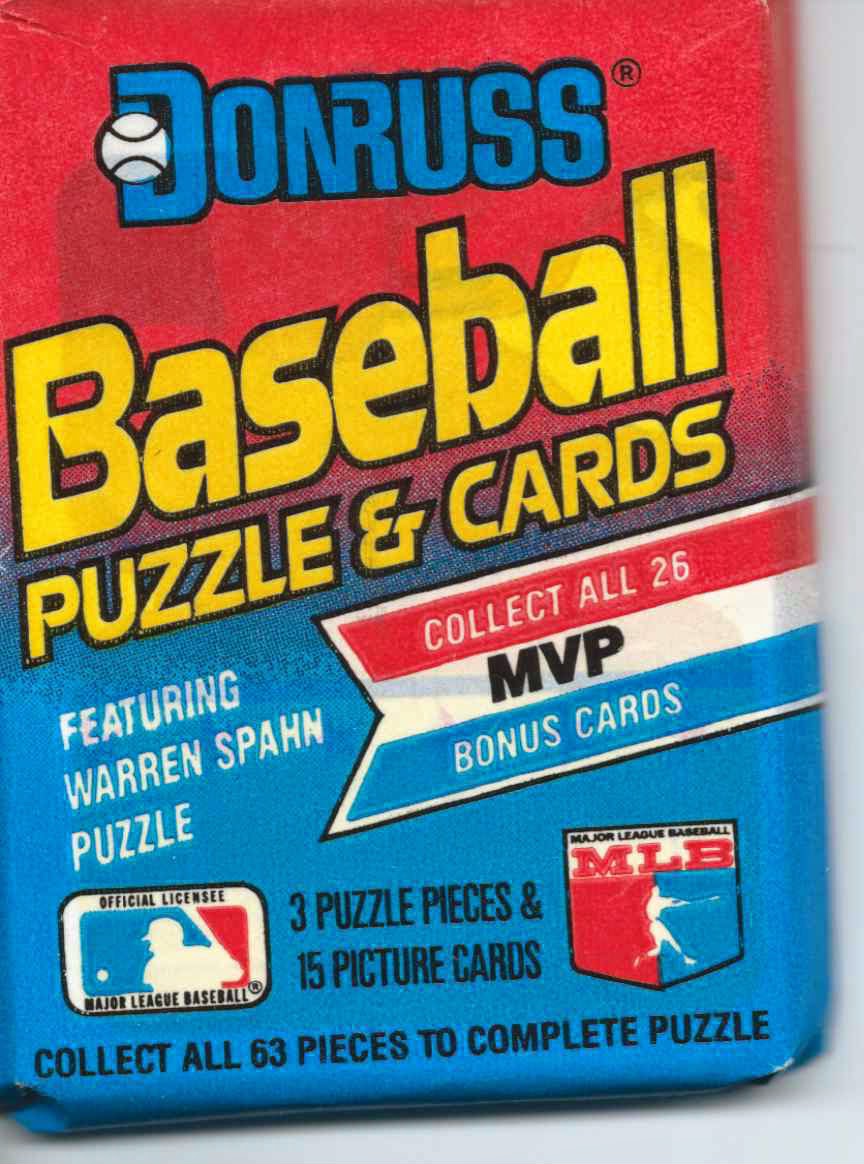 These are not glamorous by any means, but for me they held a specific twinge of nostalgia.

My older brother was gainfully employed at Shinder's, a Sportscard / Newsstand Institution (now defunct) in Downtown Minneapolis. For Christmas that year, he brought home a box of 36 1989 Donruss wax packs for me to rip open. As a kid, I was not yet aware that "Upper Deck was better," or that the hobby was approaching the peak of overproduction. Being the homer that I was, I was mostly concerned with Kirby Puckett and Kent Hrbek cards, though the real prize that I was looking to reveal was the Ken Griffey, Jr. Rated Rookie. I was lucky enough to watch him play earlier that summer against the Twins, and despite wanting to hate any Center Fielders not named Kirby, Griffey won me over.

If I had a crystal ball or a time machine and had read about the first junk wax battle, I would have been more prepared for the collation nightmare I was about to encounter. No Griffey in 36 packs. I did manage to get 5 Mark McLemores, though.

1989 Donruss, why not? I bought two packs from the dollar store, my first card purchase in nearly two decades. So of course, the second card to greet me in the first pack was: 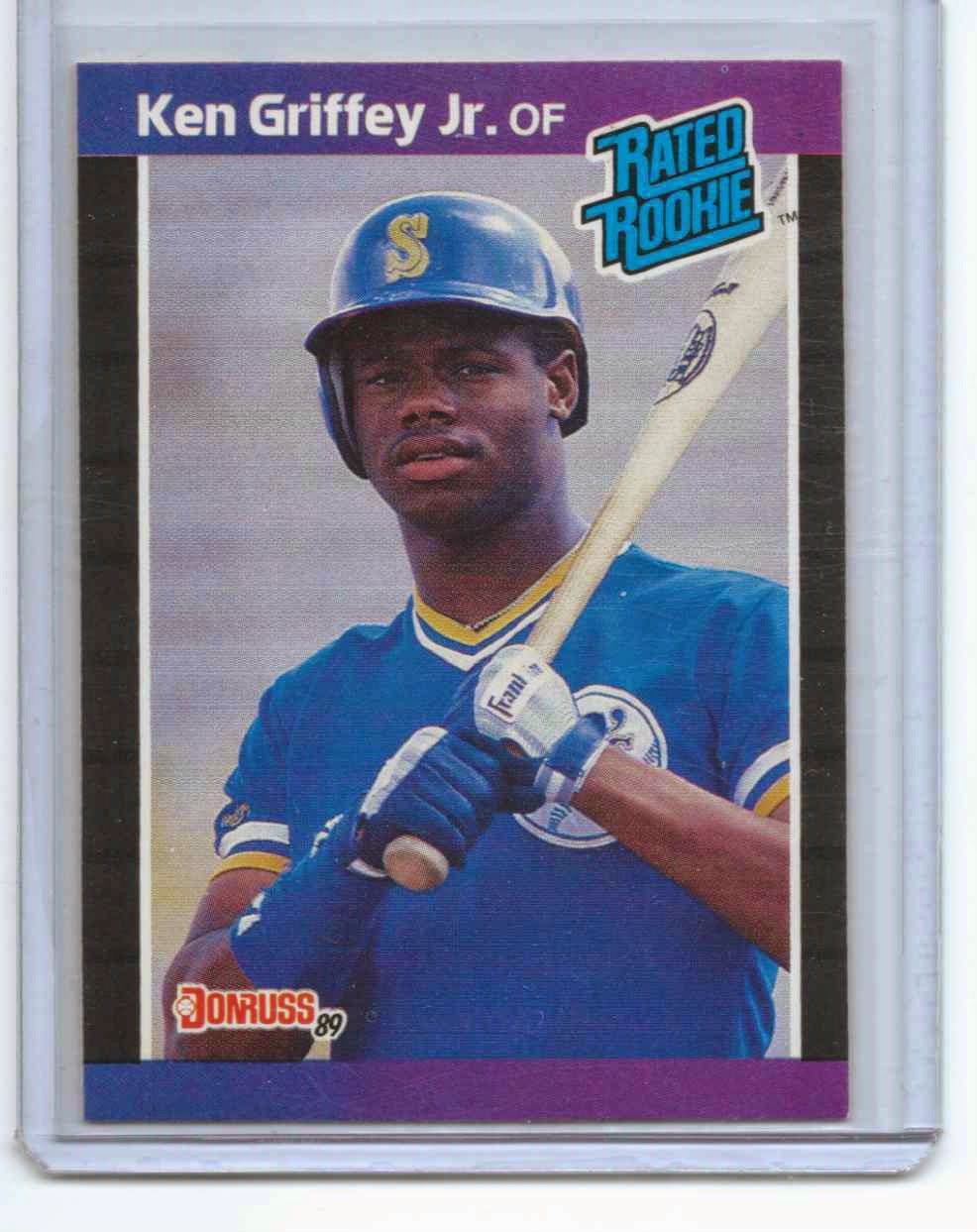 I felt that old feeling again, and of course I knew I was in trouble. I resisted the urge for a couple months, but then I learned that the Twin Cities was home to a few remaining card shops and some ongoing monthly card shows.

By May of 2014, I was back in the hobby with both feet and began building sets new and old. What am I collecting? A little bit of everything. 2014 Topps Heritage turned into 1965 O-Pee-Chee which turned into Topps' All-Star Rookies 1960-present which has snowballed into any number of wild tangents.