I went into Target this morning after VOTING (if you live in the United States, there's probably an election in your area today, so think about VOTING), and as is my way, I was drawn to the card aisle. 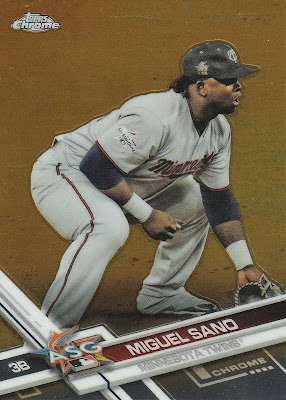 One Blaster of Topps Chrome Update was casually strewn atop the now dusty boxes of Topps Series 1 and 2 and the other sports like Racing, Football, and Basketball. 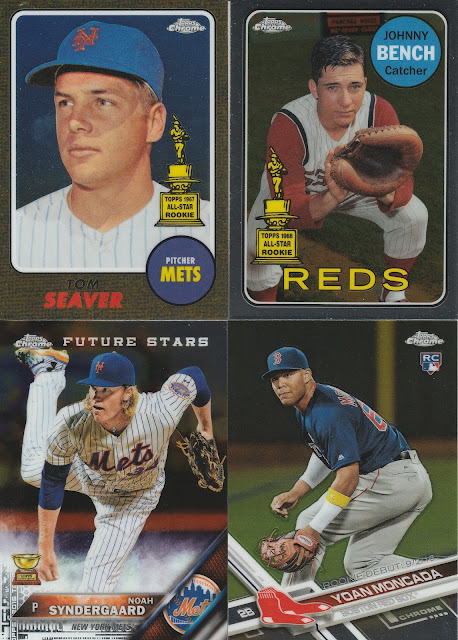 I was not a big fan of Topps Update this year, but who doesn't love Chrome! And I am a sucker for Topps Rookie All-Star inserts. Hey look, Yoan Moncada as a Red Sox infielder. 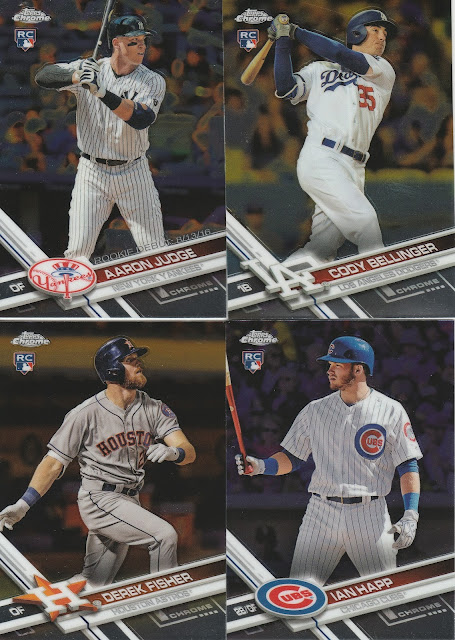 Both Rookie of the Year winners are represented, along with plenty more rookies from 2016 and 2017. 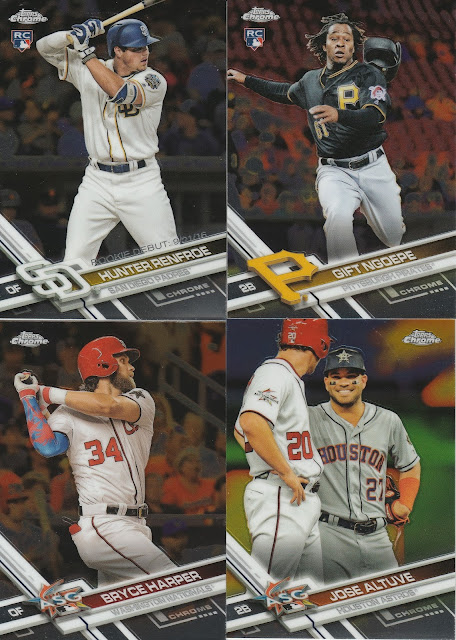 Ngeope had the best photo on the cards I pulled, and there was a decent percentage of cards I will actually keep.

Finally, this card means I will not buy another pack in 2017, because my luck has already hit its peak- 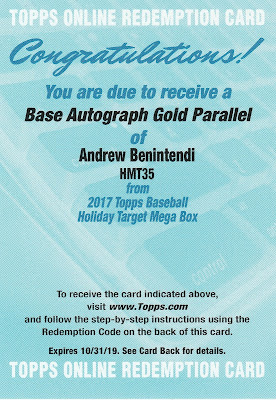