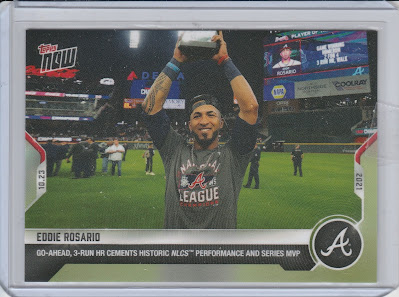 Now's your inning, set the World (Series) on its ear! Set it spinning! That'll be just the beginning! 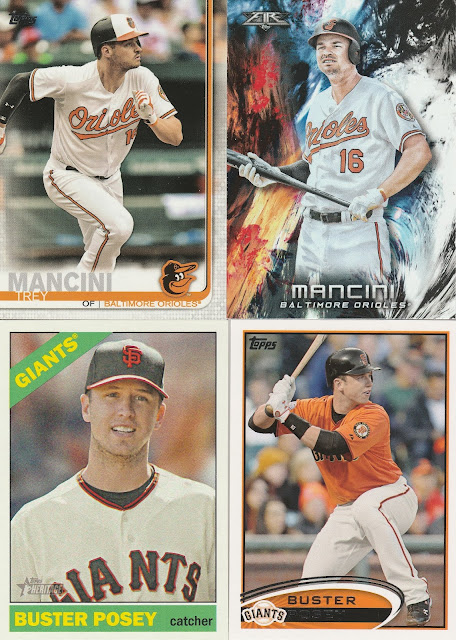 No disrespect to the 2021 Comeback Players of the Year, but it feels like Eddie Rosario would have won comeback player of the 2nd half, if there was such a thing. Dumped by the Twins (who by the way, could have used another decent outfielder for most of the year), then injured in Cleveland, a trade deadline deal sent him to the Braves for the right to release Pablo Sandoval, the expectations for the balance of the season were not high. Could Rosie rise to meet the moment? 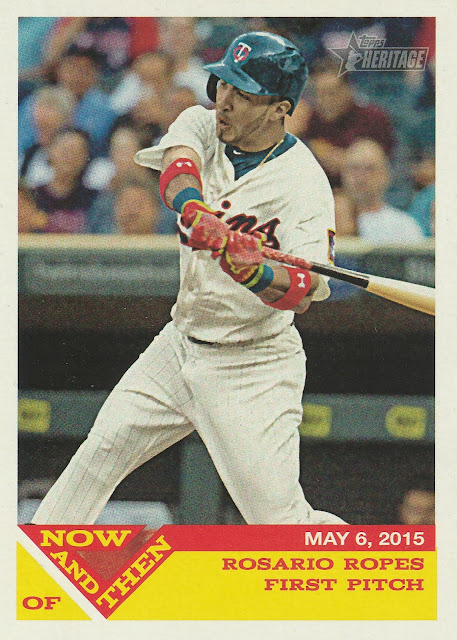 Even before Topps NOW, Rosie was making "NOW-worthy" moments. Hitting a homer on the very first pitch he saw from an MLB pitcher, in front of his family who cam from Puerto Rico to see his debut? Yeah, he can meet the moment. 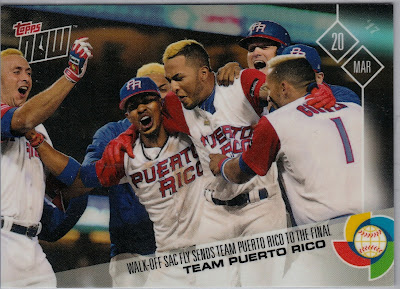 How about the 2017 World Baseball Classic? It was Rosie's walk off sac fly that propelled Puerto Rico to the Finals against the U.S. 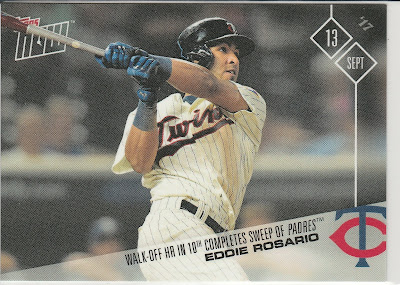 The big moments would carry over into the 2017 regular season, blasting a walk off in 2017 that helped the Twins stay ahead in the Wild Card race so the Yankees could crush my spirit again. Just kidding, I am Vikings fan too, so I've been dead inside for decades. 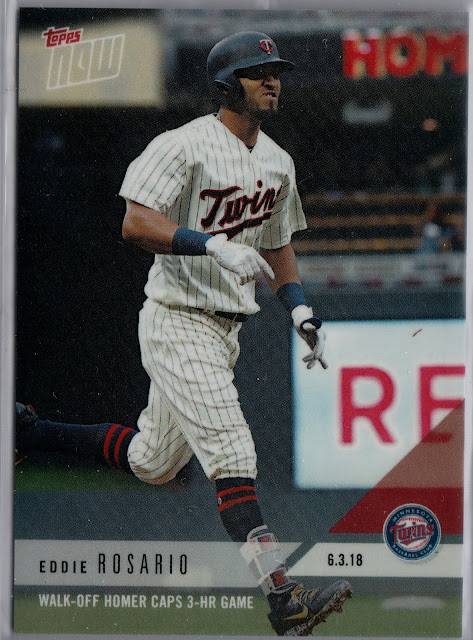 His family was back in town in June of 2018 (the Twins should have bought them a house), and he responded by launching 3 homers, including the game winner. 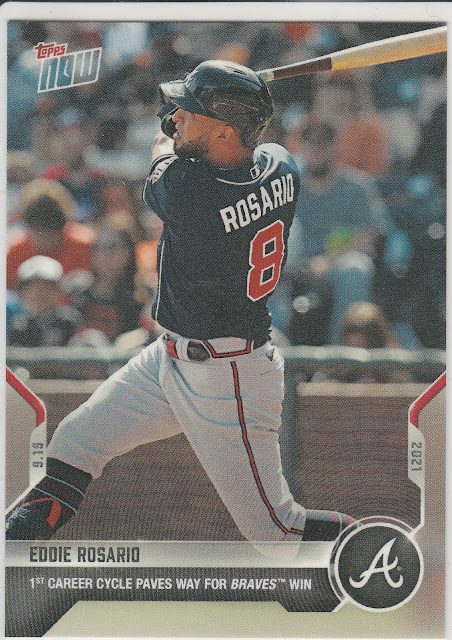 2019 of course saw Rosie reach career highs in homers and 2020 was a lost season for a lot of players. 2021 was looking like another lost year for Rosario, but once the Braves added him to the lineup it was sunshine and Santa Claus - it was Roses and daffodils! Hitting for the cycle (only seeing 5 pitches to do it, by the way, vintage Rosario), then winning the NLCS MVP was a great comeback.
He's a free agent again now, so everything's coming up Rosie!
Posted by Brian at 7:06 PM 3 comments: