Showing Some Skills - Rickey Being Rickey

I don't know if this will be a mini-collection and have its own binder, or if it more like a philosophy for overall collecting that I have.

I like cards that showcase what a player does best.

So, here's the first in a series of posts that will feature players showing some skills.

Who better to lead us off than the Greatest Lead-off Hitter of All-Time? 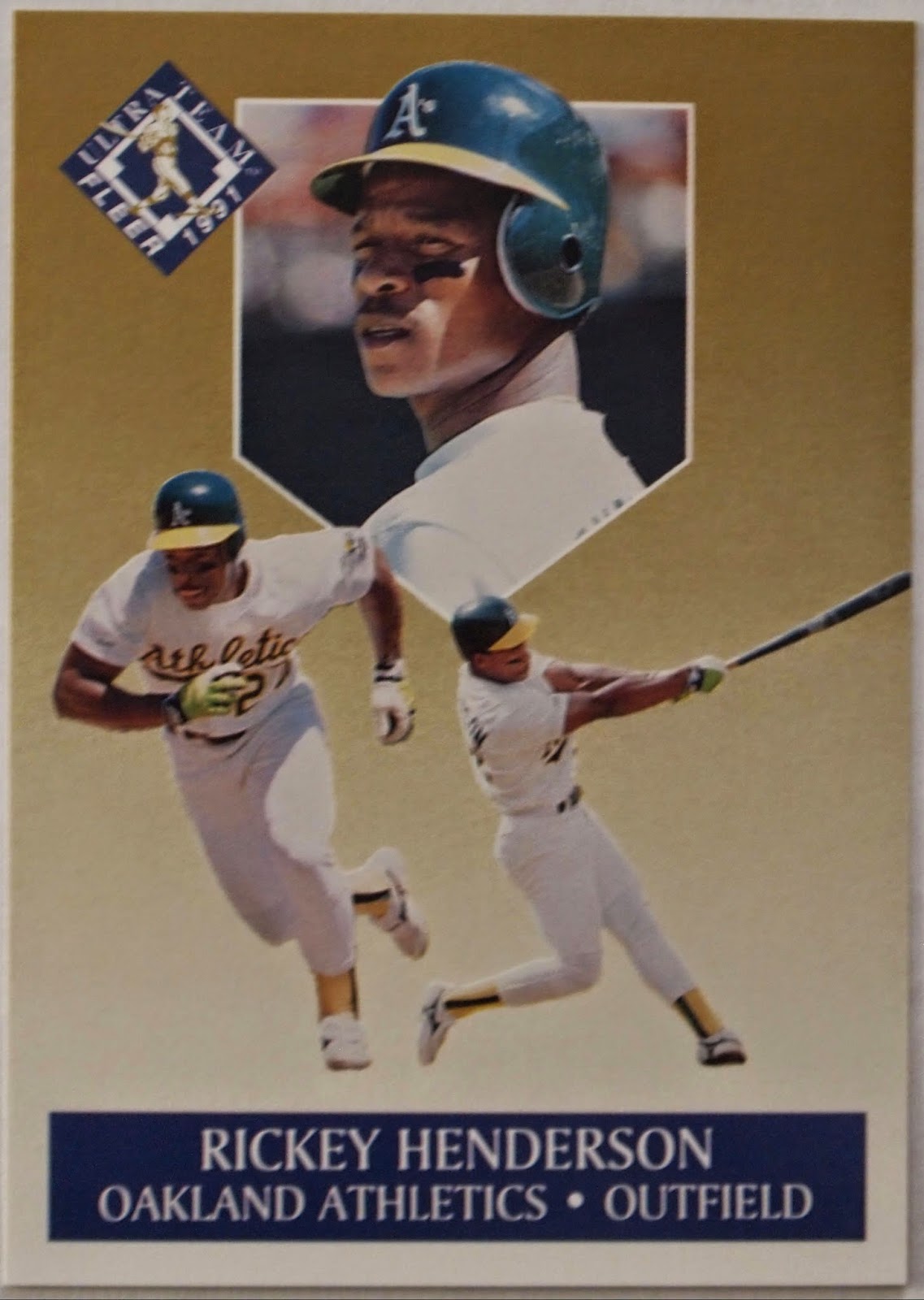 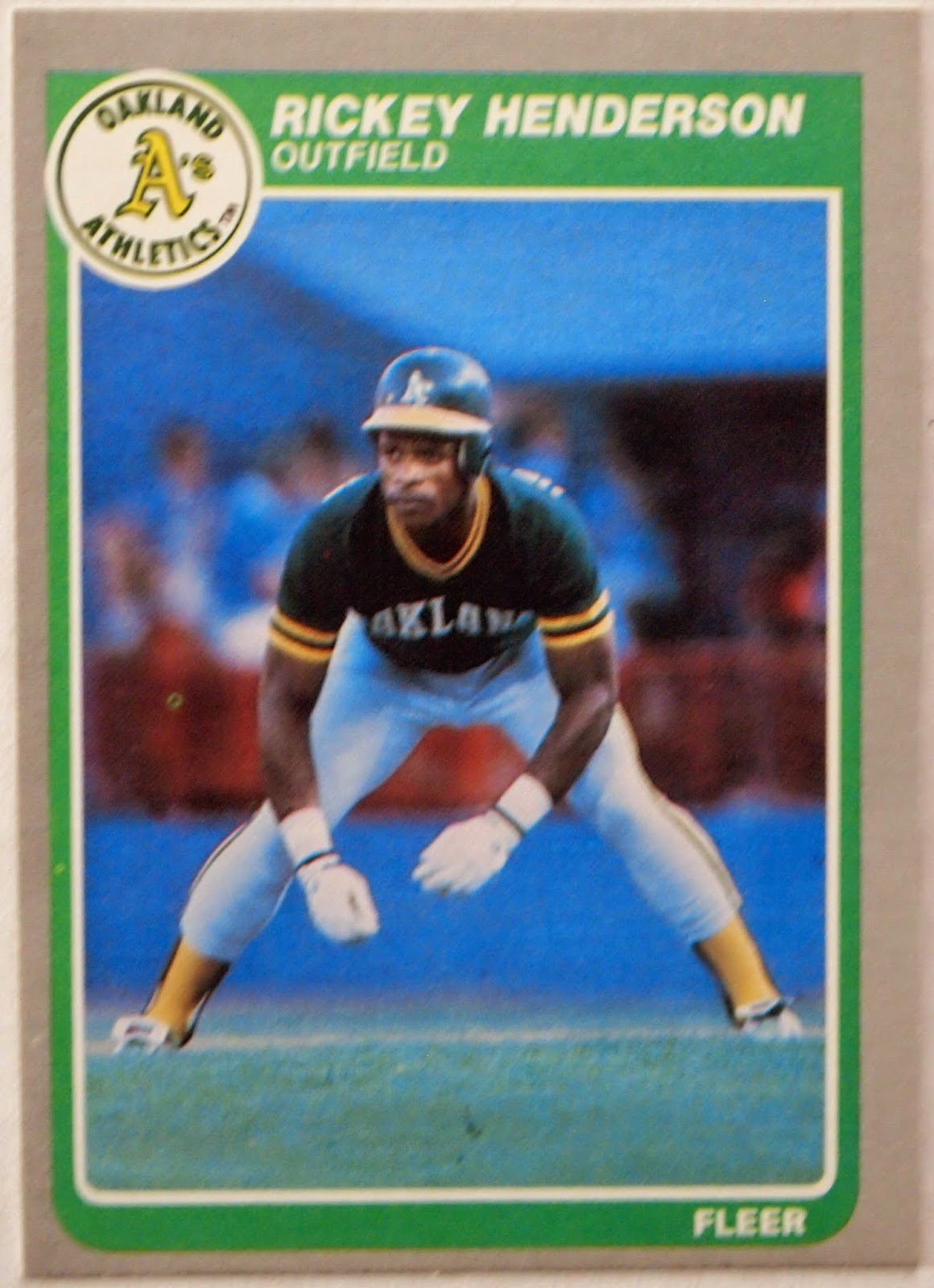 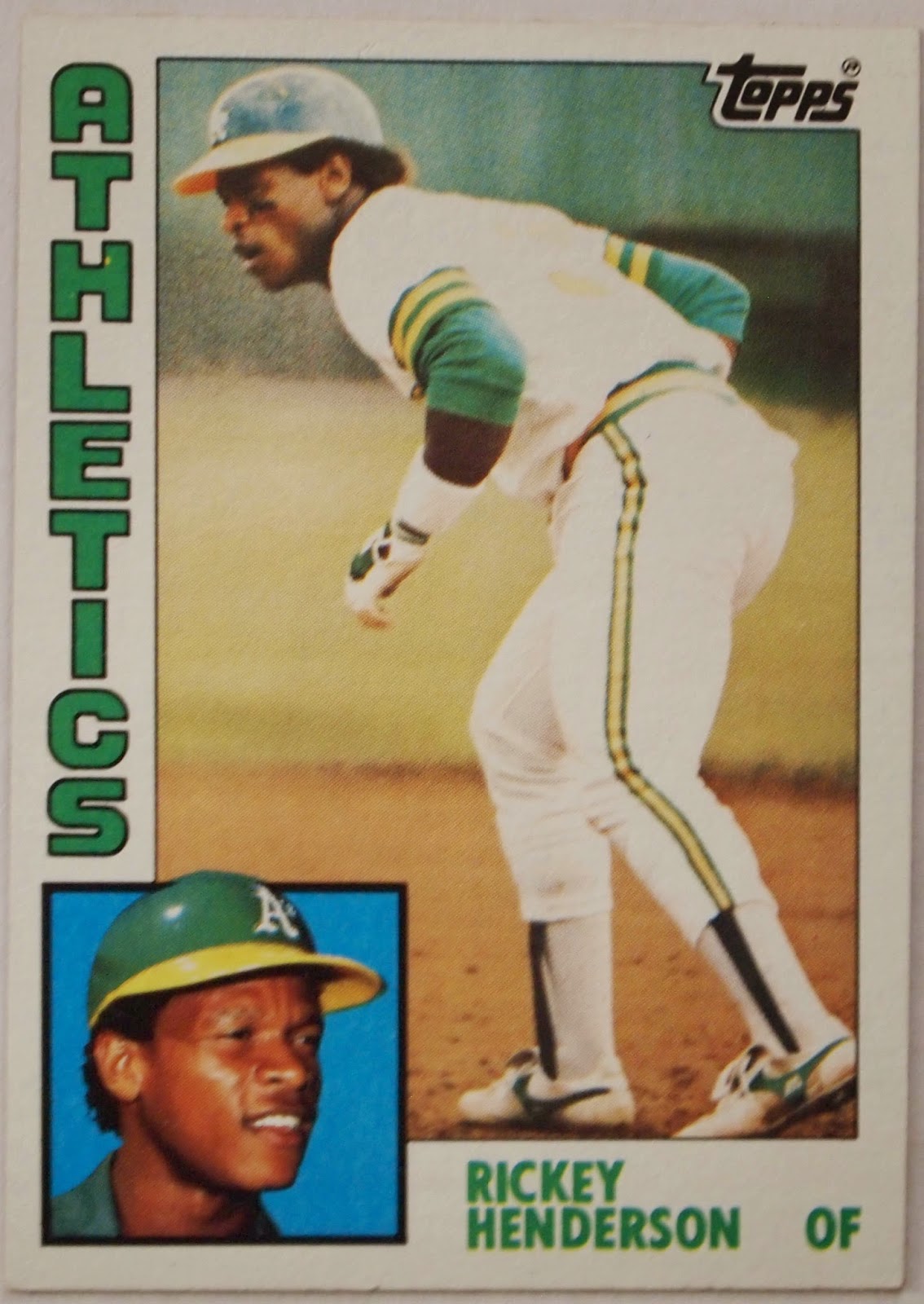 I think he's going to go on this pitch! 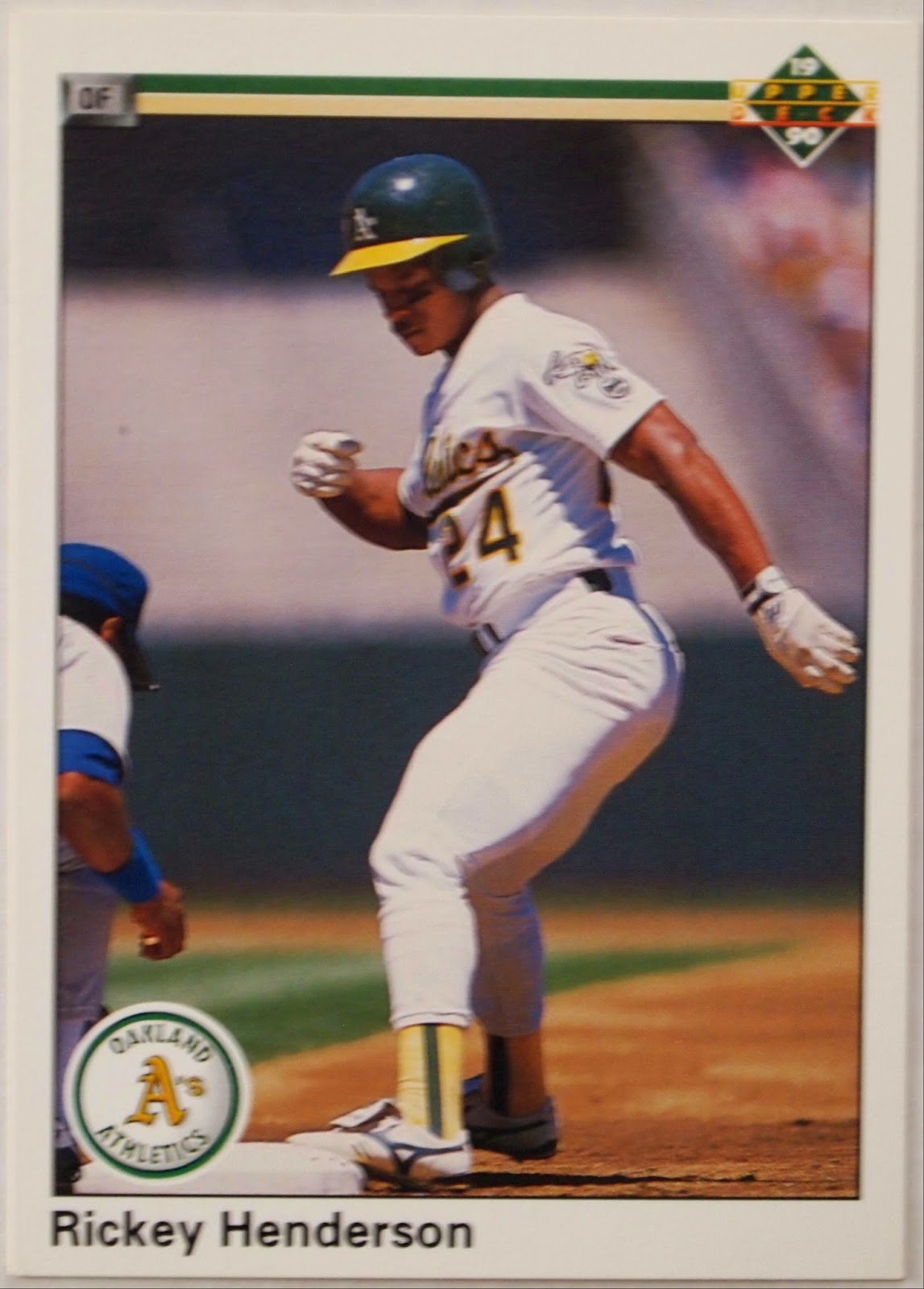 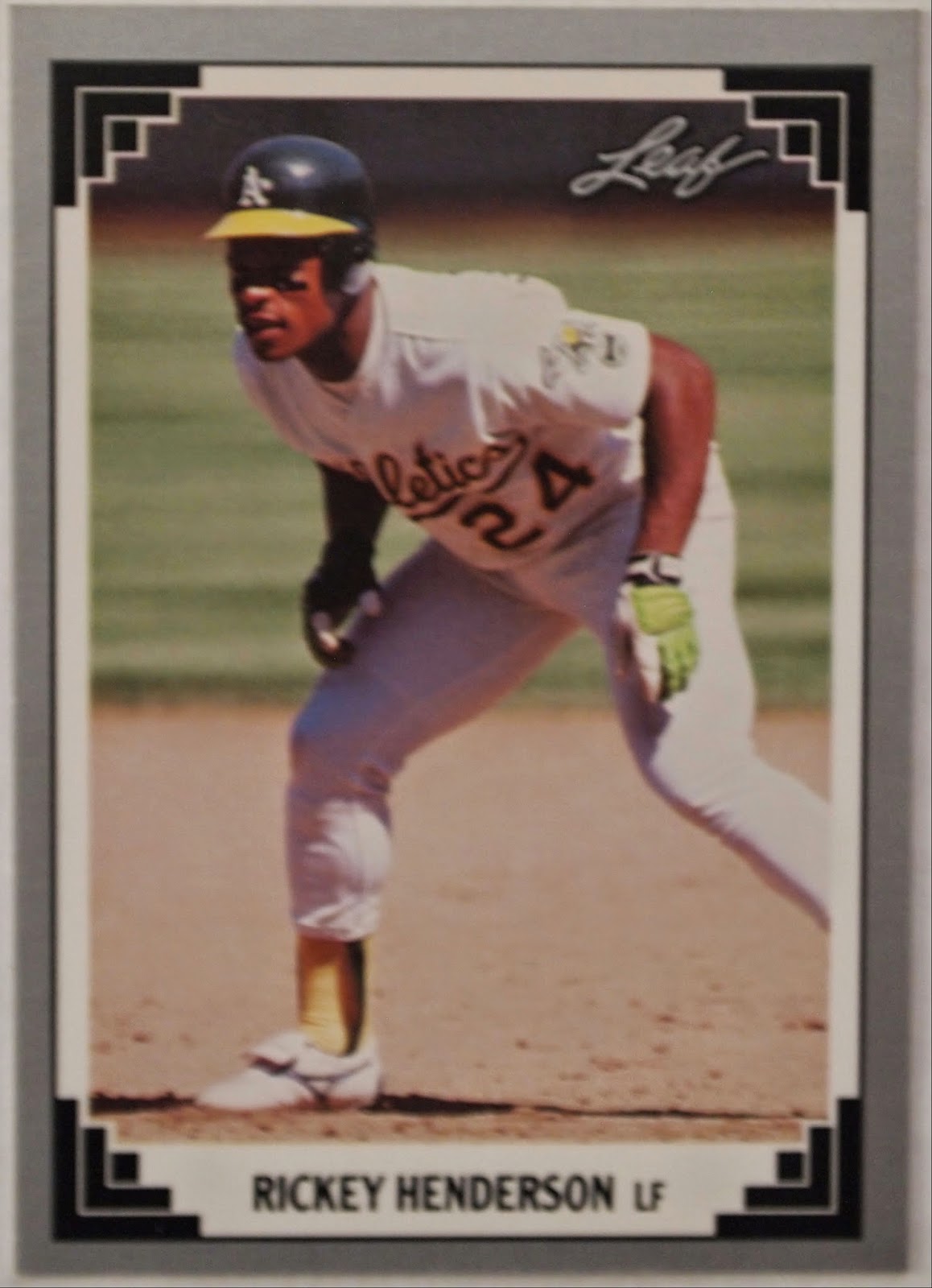 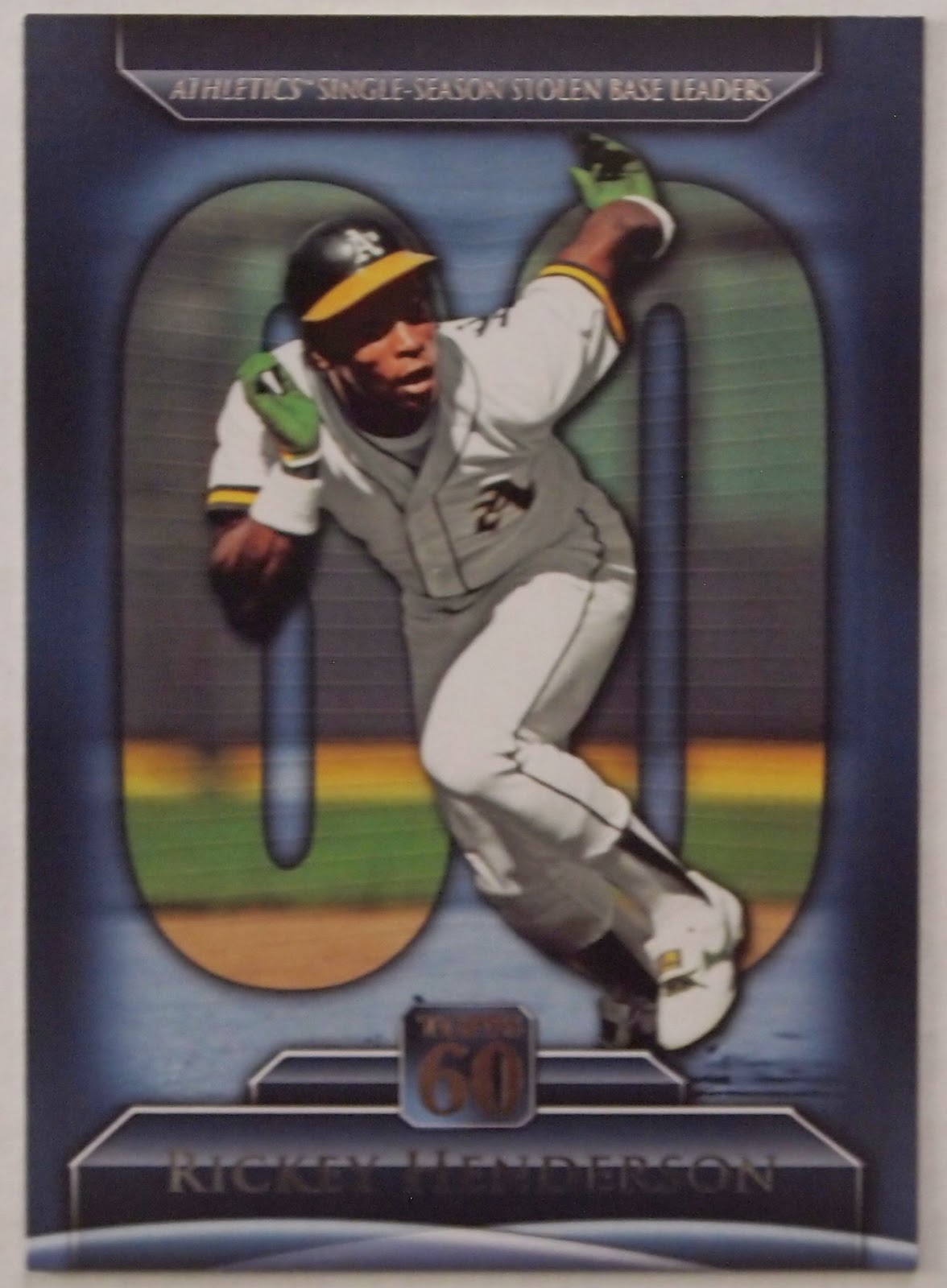 A quick first step is essential . . . 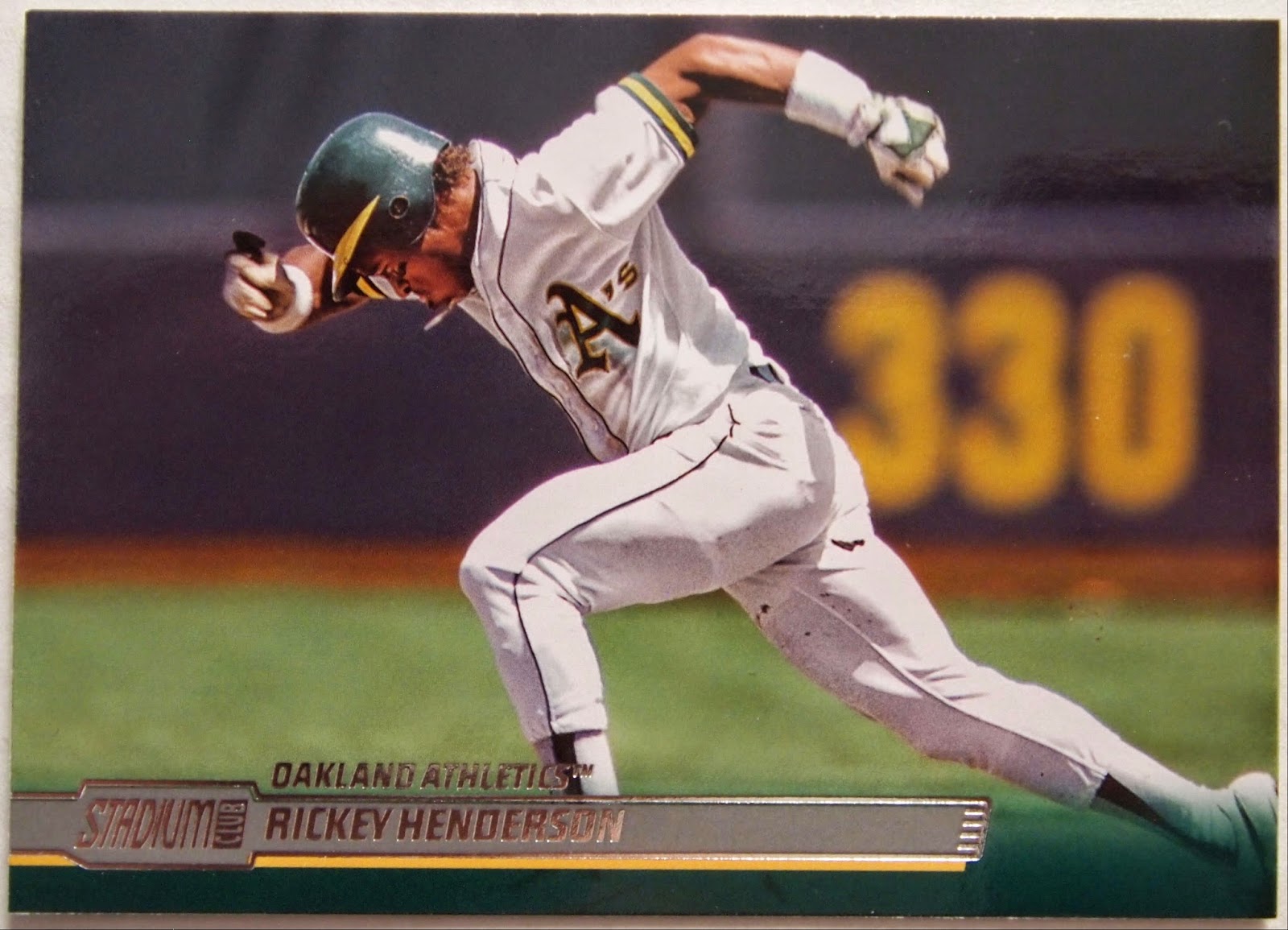 A quick second, third and fourth don't hurt, either . . . 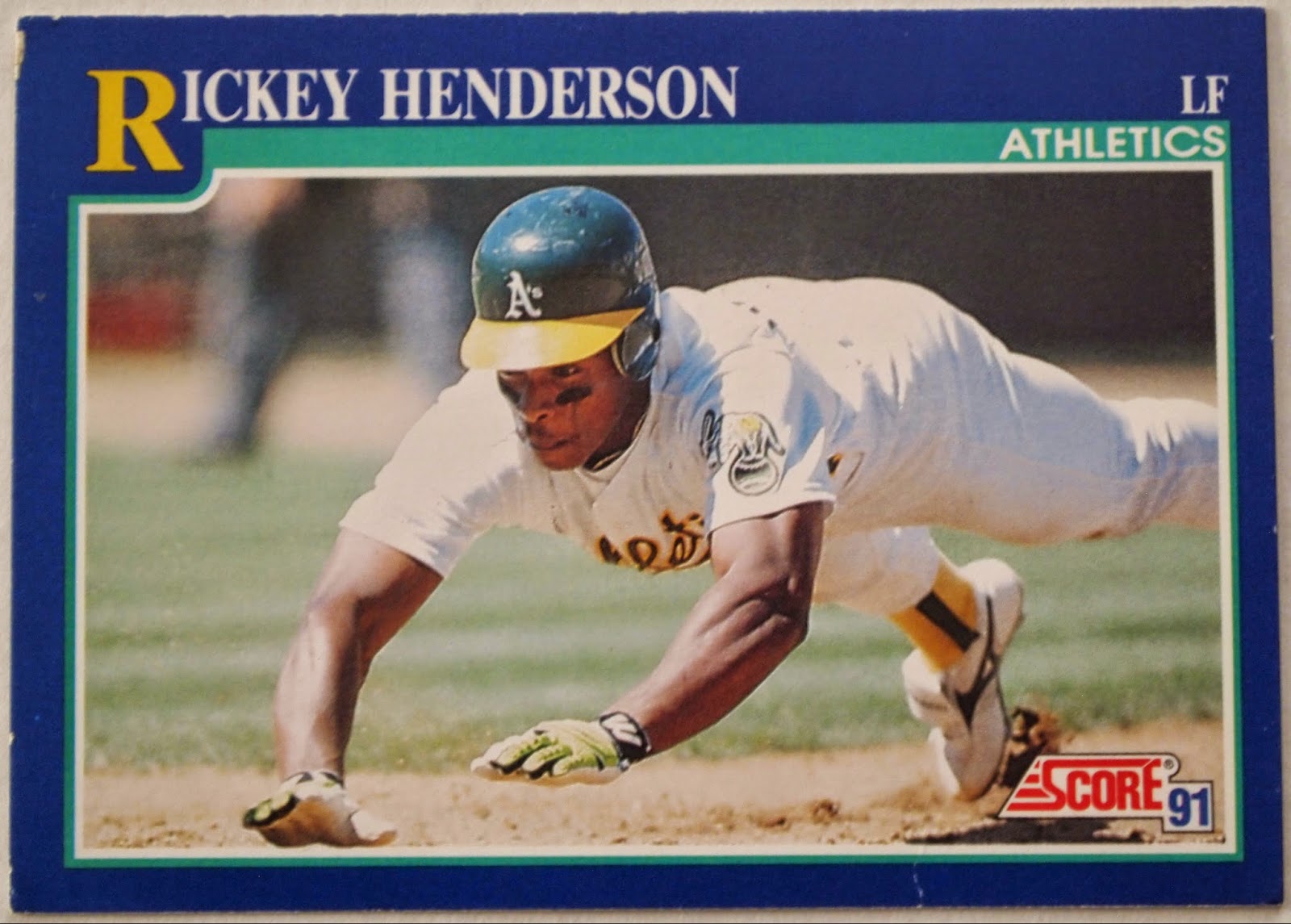 It's going to be close! 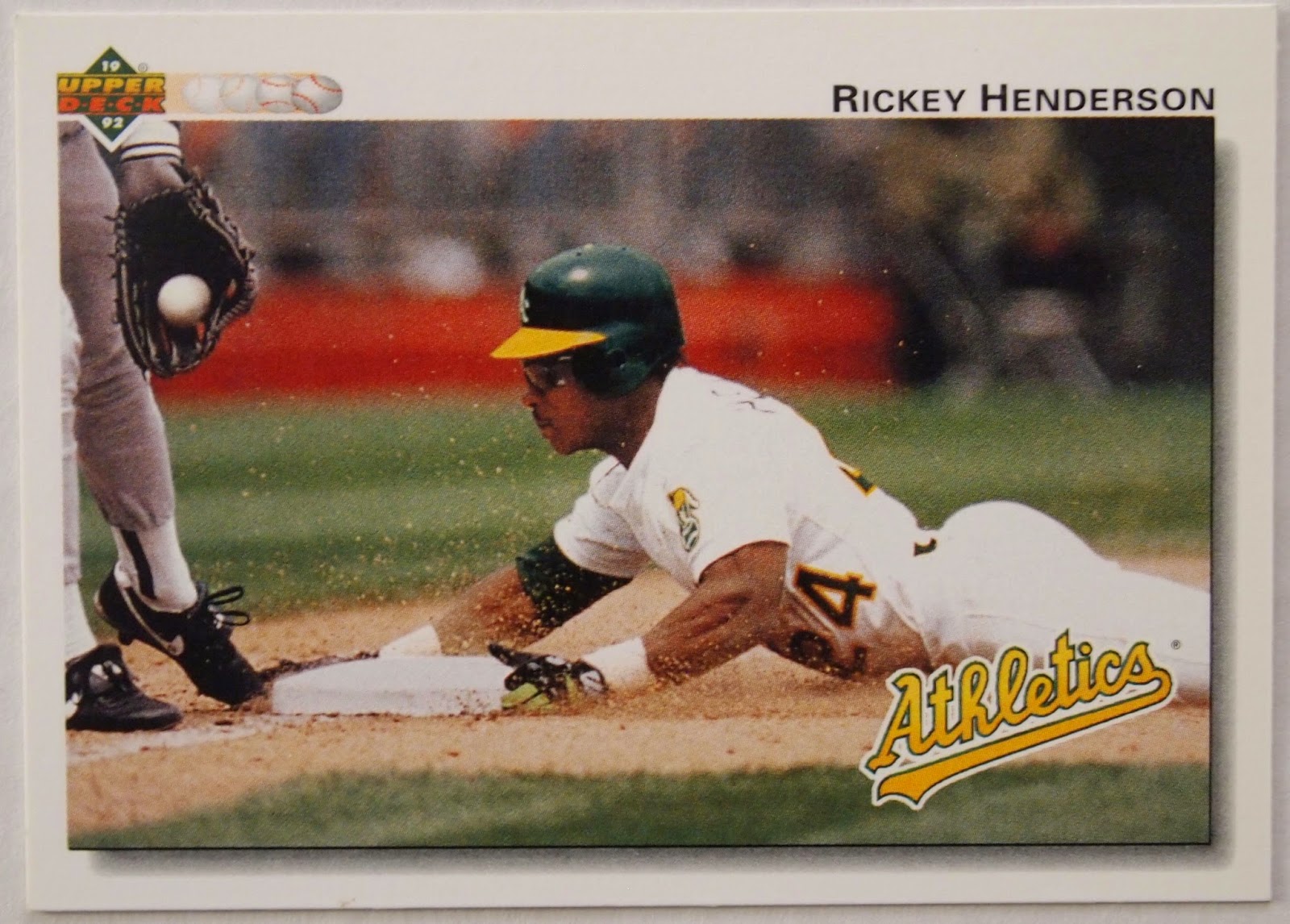 But hey, you don't set the All-Time Record for Stolen bases without your fair share of success.
You might be thinking "Wait, he's sliding into third base, not second." Well, Rickey's just that fast.
Posted by Brian at 6:30 AM