In an ongoing effort to fill in the gaps in my collection, every now and then I will buy up some boxes of packs and bust them.

This time I went with a box of 2002 Donruss Originals. This was the Donruss answer to Topps Heritage, and similar to the Tampa Bay Rays, with no real vintage to draw upon, Donruss decided to take a page from Stanislavsky and introduced the magical "if" as in What if? - an insert that showed players as rookies in years before they first appeared in Donruss sets, as well as some faux-retro sets from 1978, 1979, and 1980. 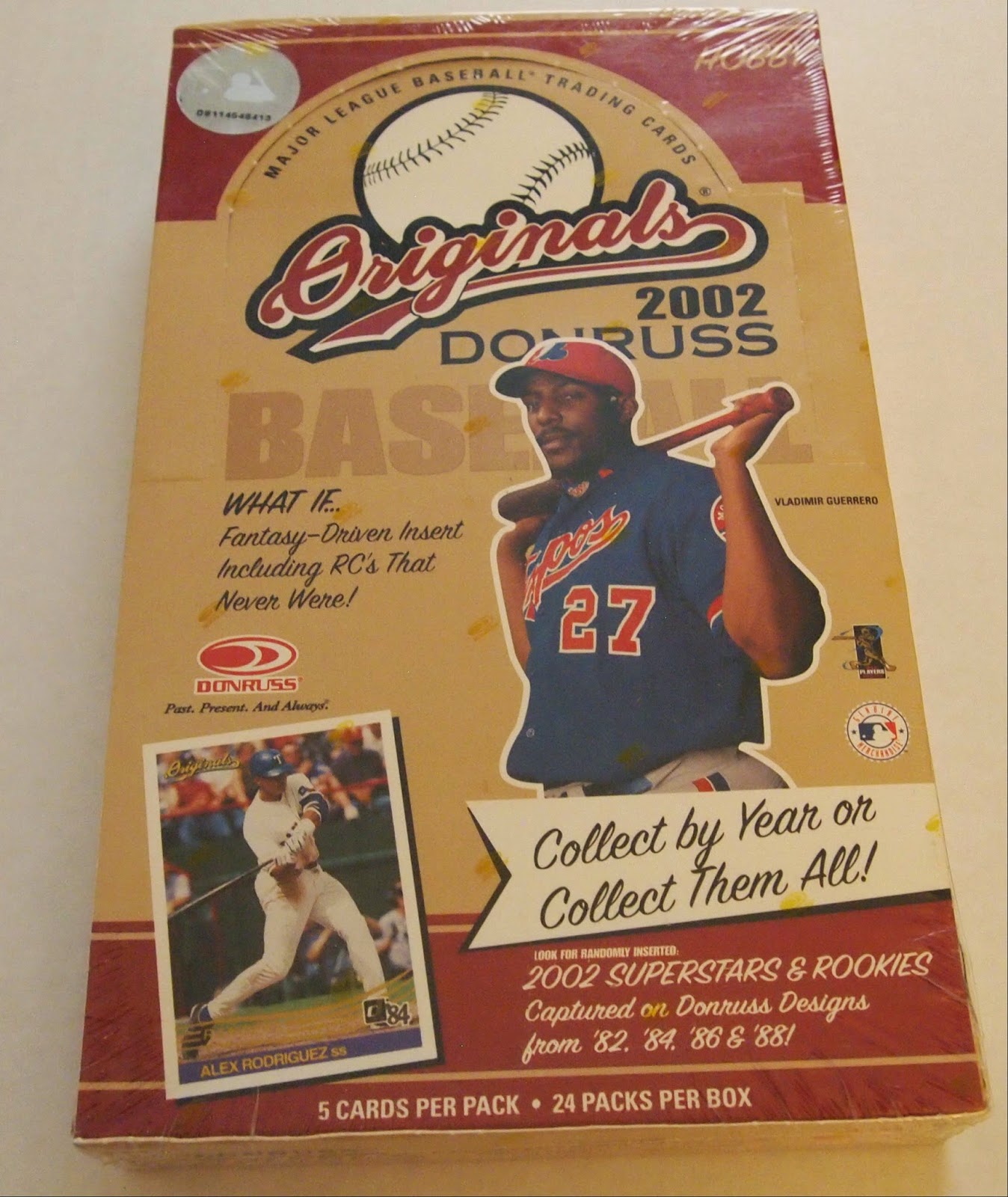 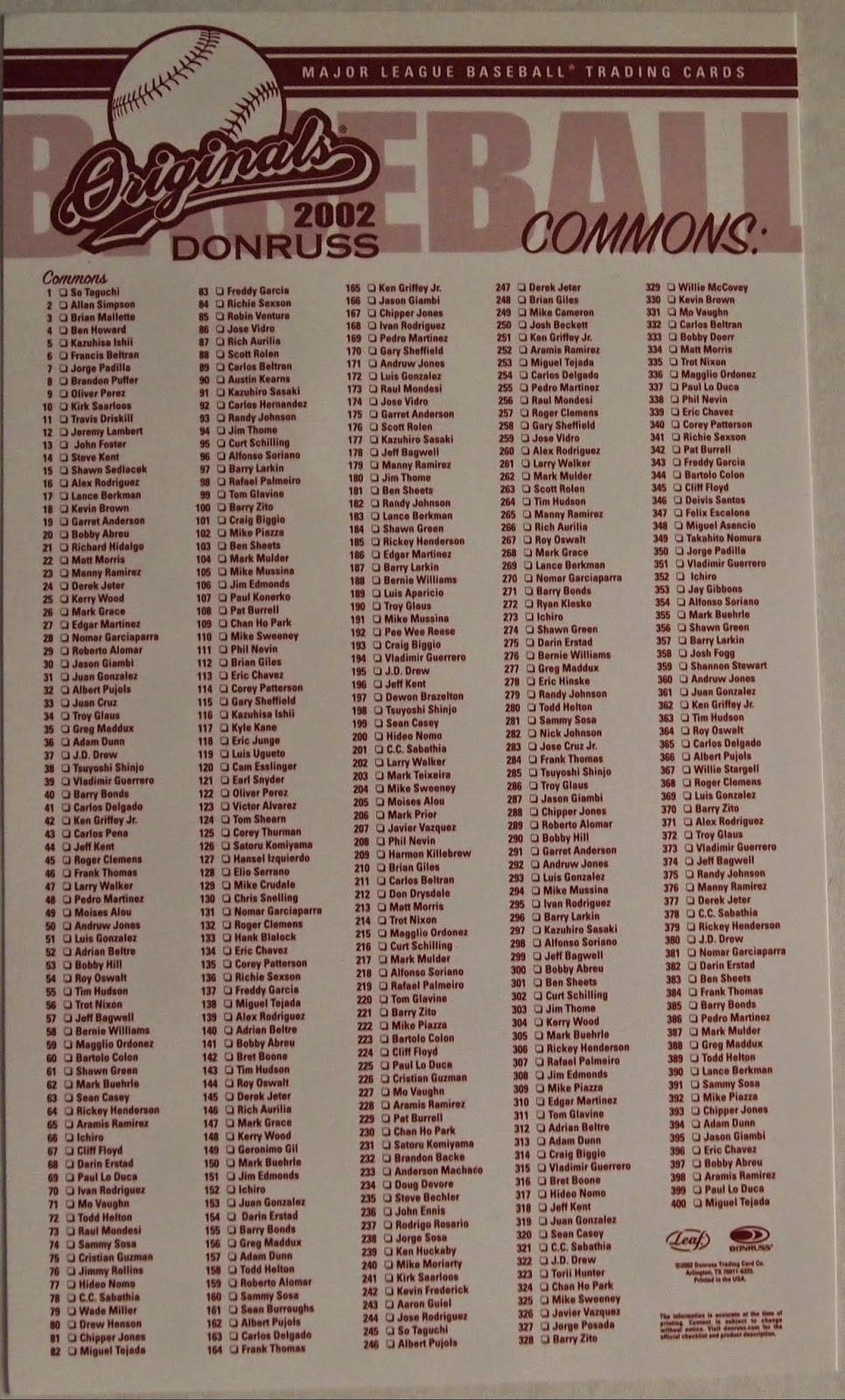 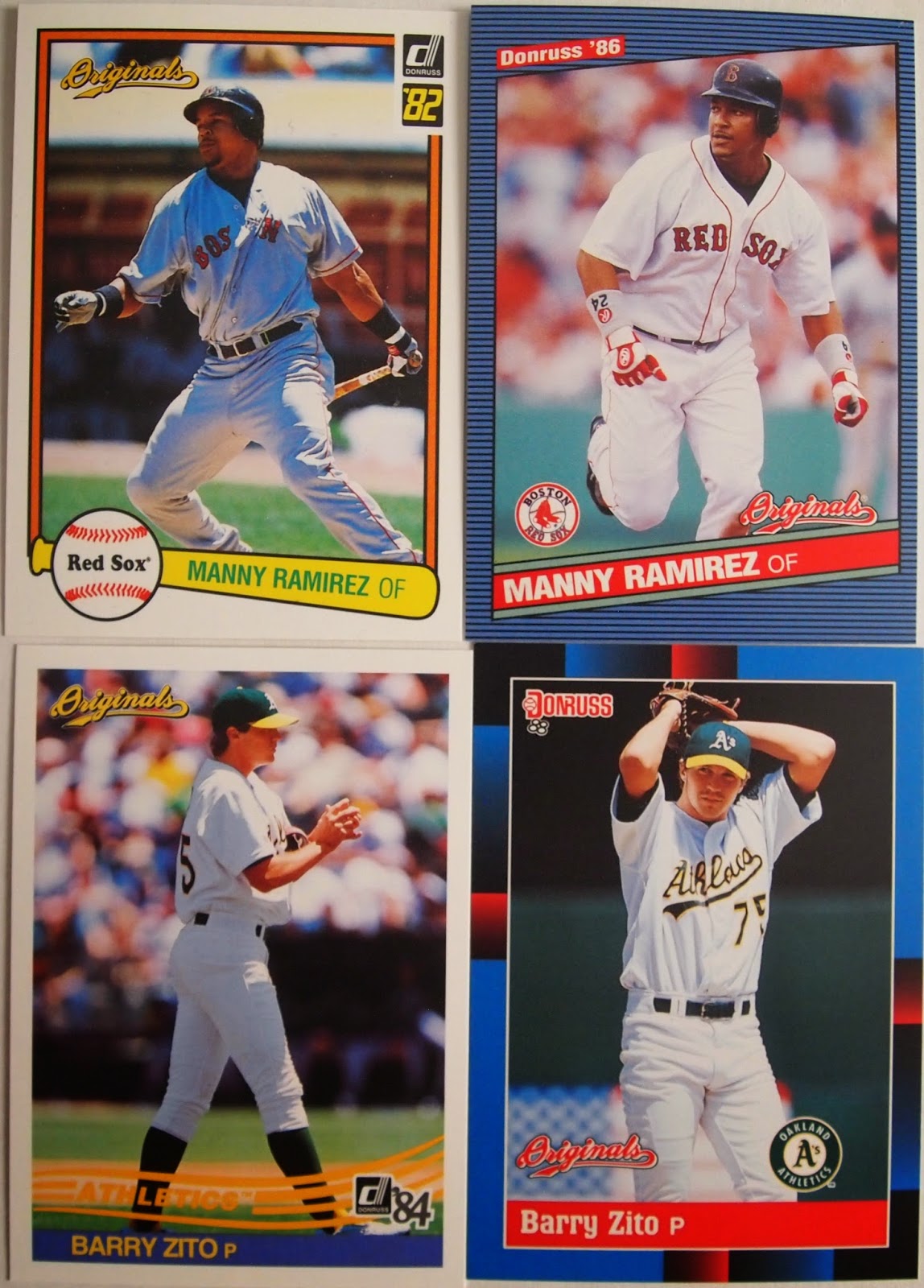 Here are the 4 base card designs - the fonts on the '86 and '88 cards would vary pretty wild from card to card in this set... I think they did a good job remaining faithful to the original designs, and the card stock is much better. 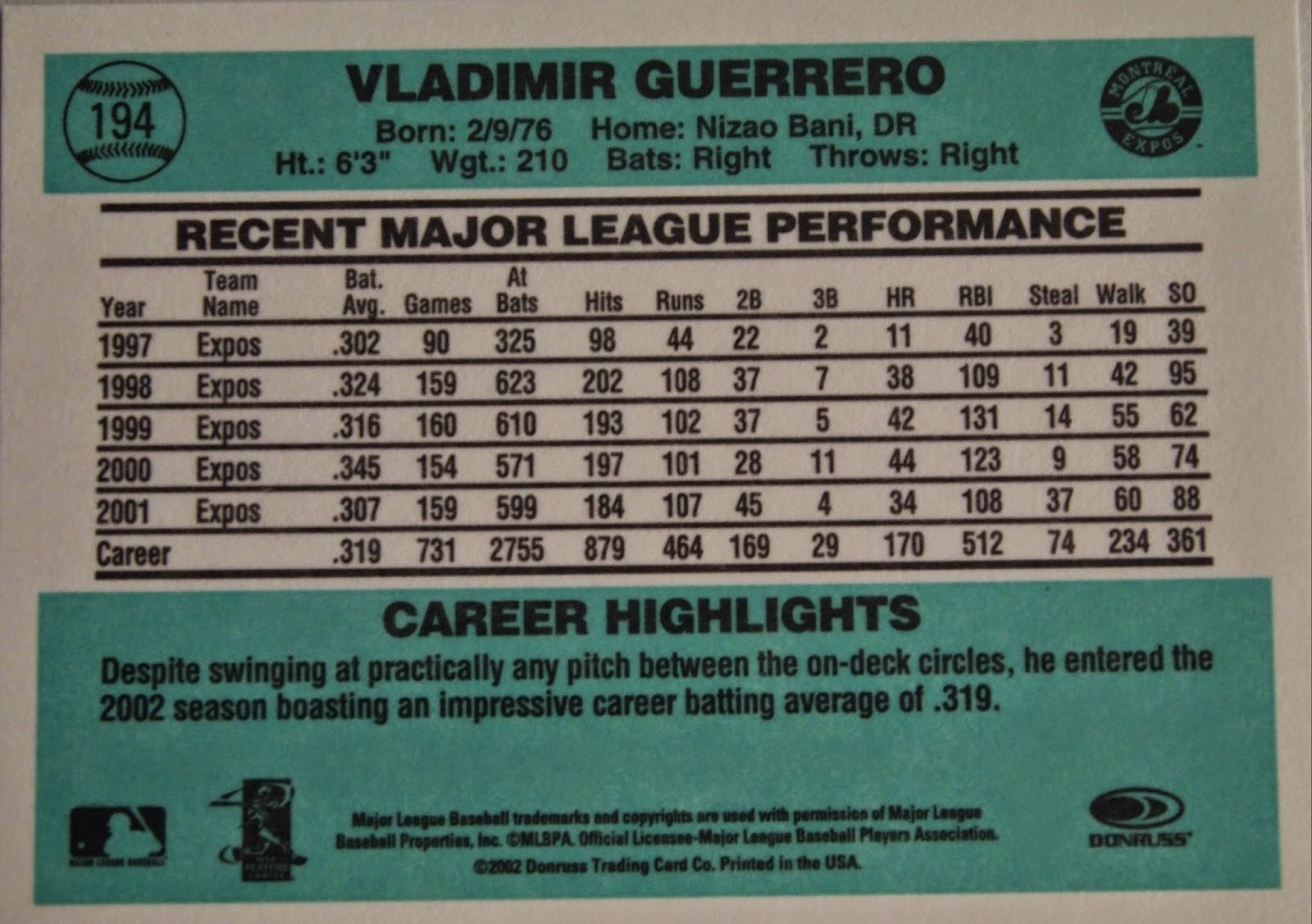 The backs are pretty fun too - the copy on the Vlad Guerrero card was priceless. 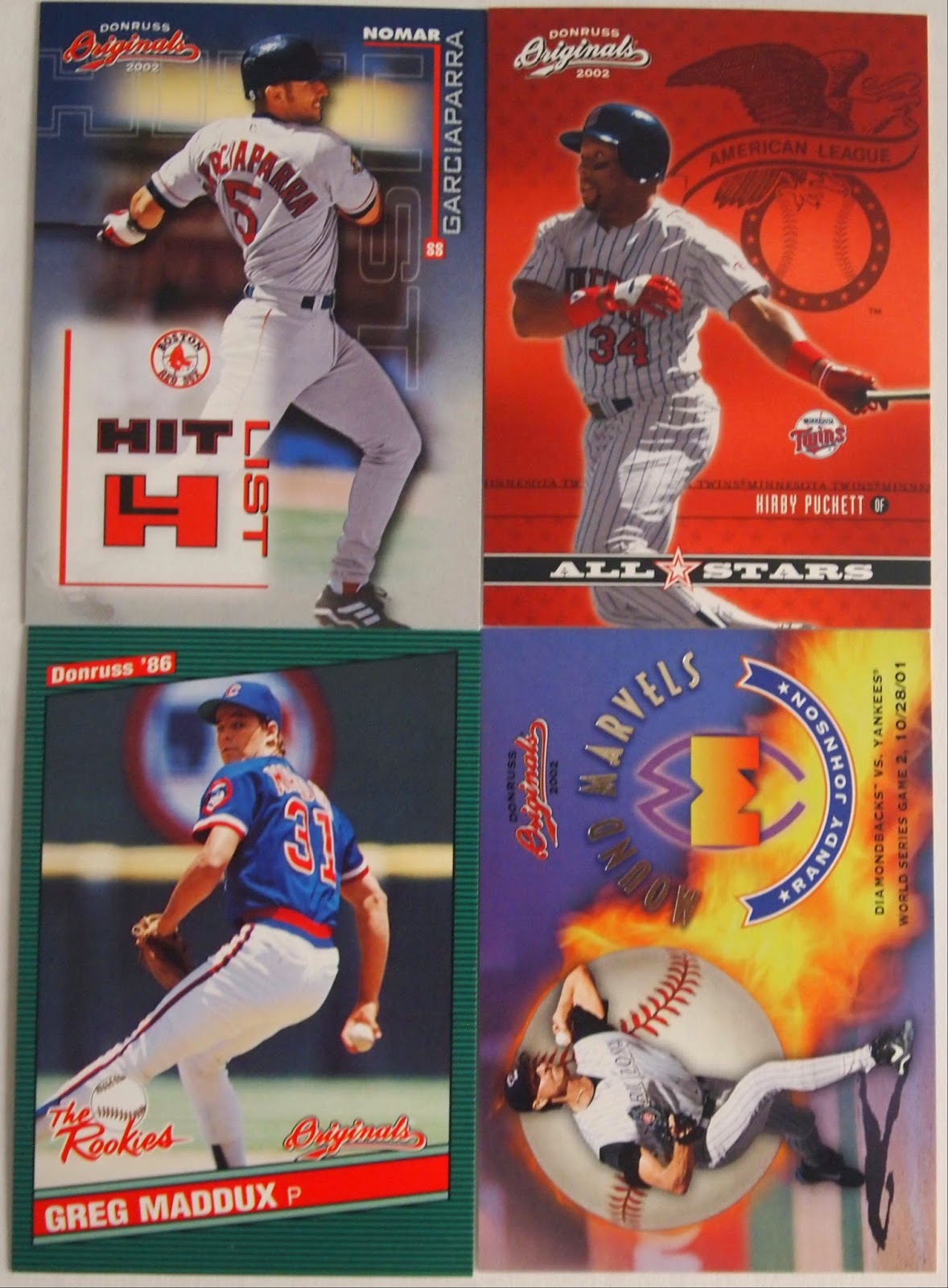 The inserts - hey, a new Kirby Puckett card! The Maddux is one of just two "What if?" cards I pulled, the other was an '88 Craig Biggio. 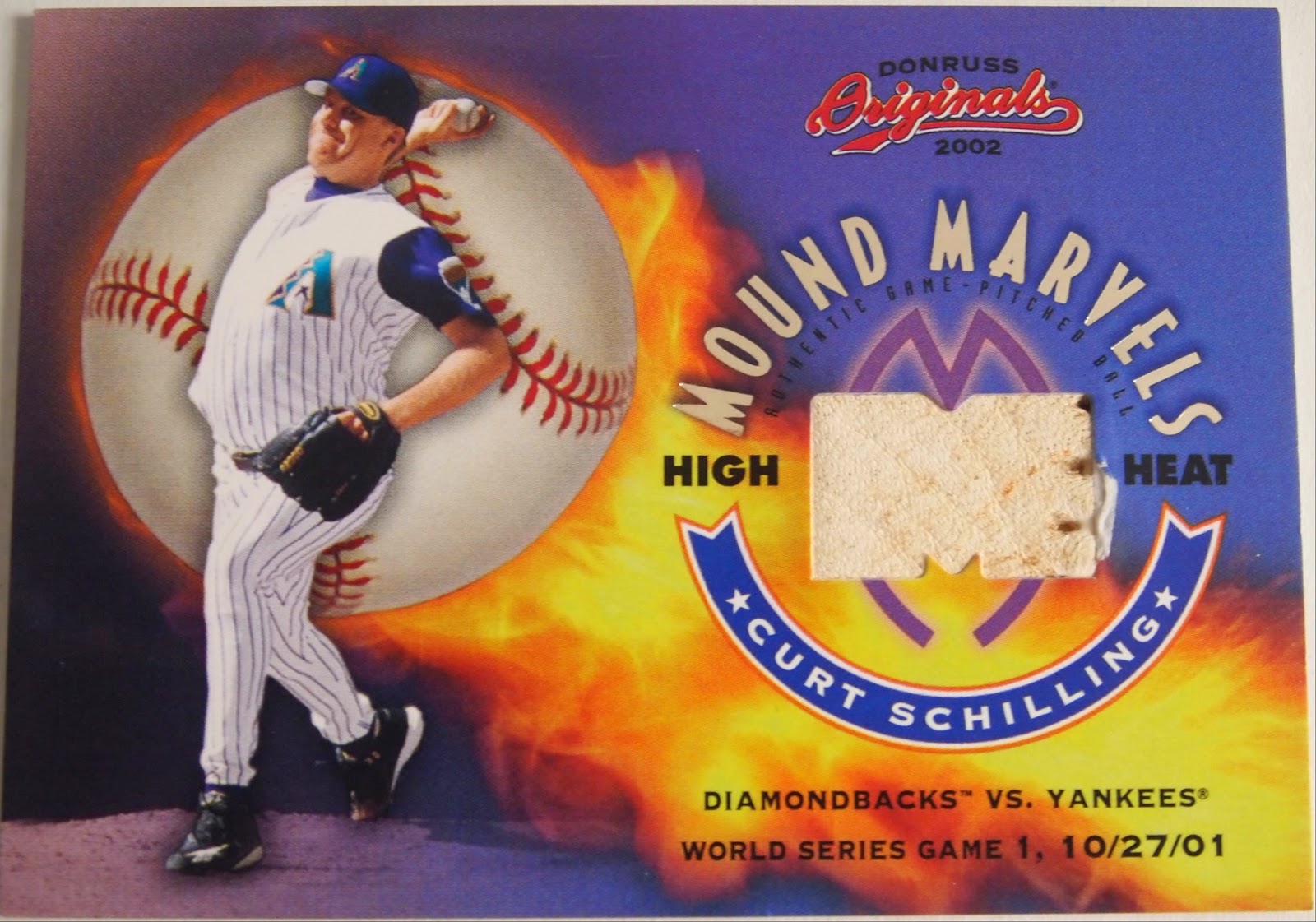 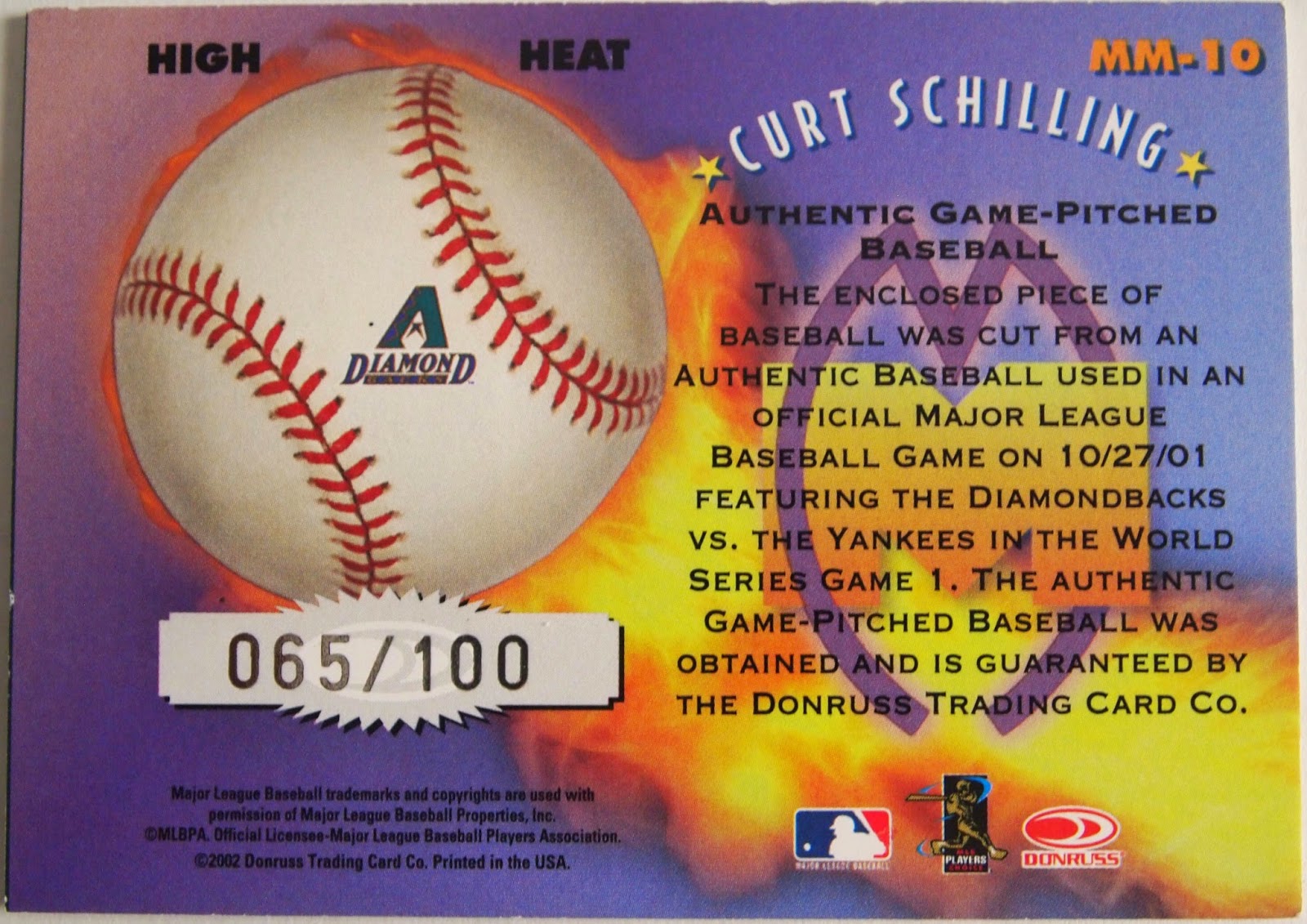 I'm not even that much of a Schilling fan, but that is a very cool relic. You can see where the stitches were on the chunk of the ball they used for this card! I think the only Schilling relic card that could top something from the 2001 World Series would be a piece of his bloody sock...

Anyway, these were a lot fun to open - I think I'm going to get another box!
Posted by Brian at 12:00 PM