Matthew from Bob Walk the Plank is the master of the small mailer with a big impact. This weekend I was the lucky recipient of another salvo from the West Virginian's cannon. 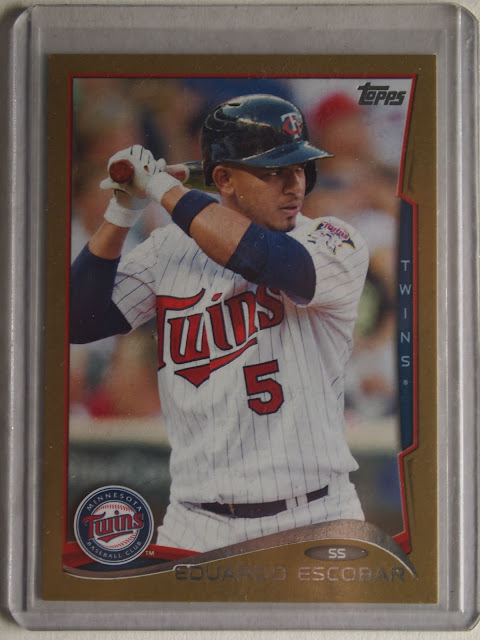 All Eduardo Escobar has done the last two seasons is made the case that he is the Twins' Shortstop of the present and the future. The Twins tried to give the job to prospect Danny Santana, but he was unable to repeat his success from his rookie season. Escobar played the utility role well while Santana struggled, and now Escobar is back on top. I really pull for Eddie, he came to the Twins in the trade that sent Francisco Liriano to the White Sox several years ago. 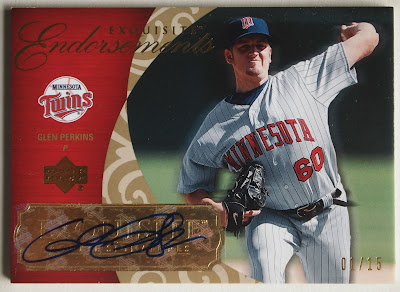 This serial numbered card is psychic. Glen Perkins changed his number to 15 once he became a permanent part of the Twins' roster, so now this card is a uniform number 1/15 'eBay one of one' stunner. 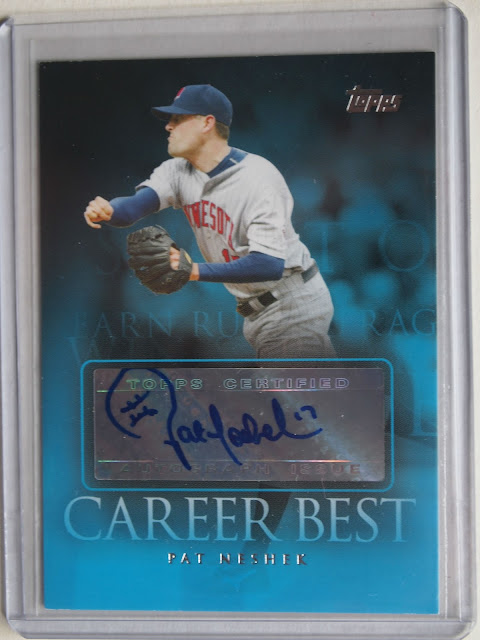 Neshek incorporated baseball seams and his uniform number into this signature, it's pretty darn cool if you ask me. 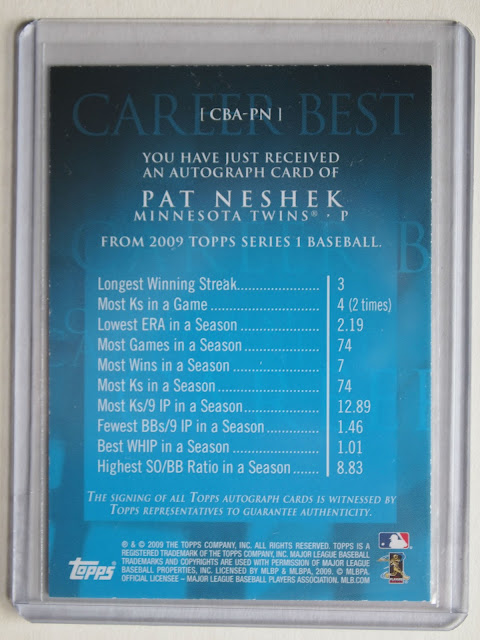 Seeing Neshek introduced at the 2014 All-Star Game in Minneapolis was a great moment. A former Twin and a guy who went to high school the Twin Cities area, Neshek's first all-star appearance was in front of a very friendly crowd. 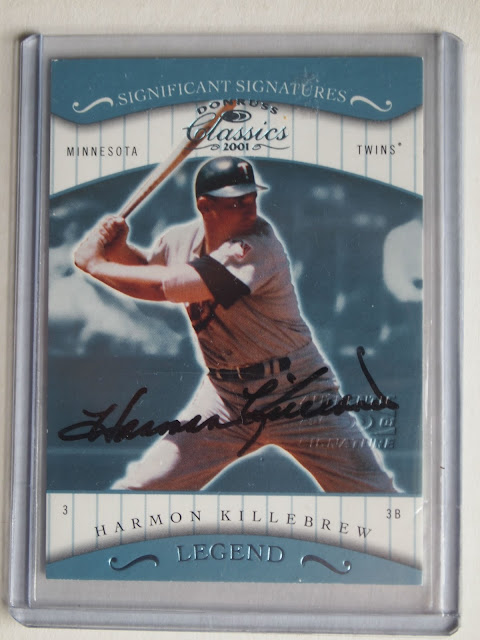 We save the best for last - talk about Legend! 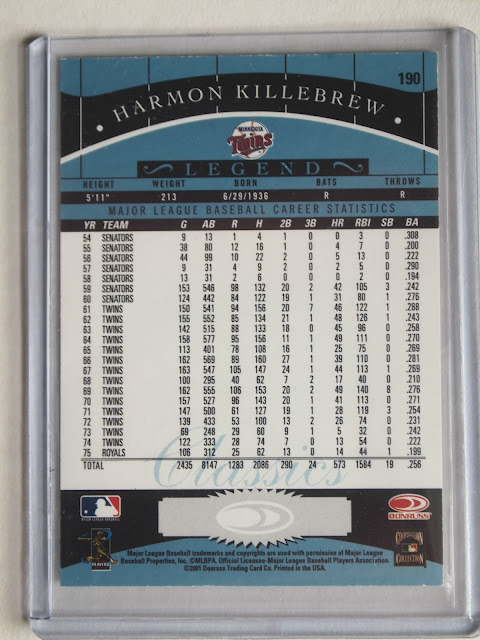 Killebrew was a bonus baby,  meaning he basically watched the Senators/Nationals from the bench for several seasons until they finally gave him regular at bats. As expected, his batting average was lower than most guys in the league, but the 42 homers he hit in his first full season was not expected. He'd surpass 40 homers 7 more times on the way to a Hall of Fame career.

Matt, you've done it again! Making quite a statement with just four cards - I hope the return volley heading your way can live up to this!
Posted by Brian at 7:30 AM