Shane from Shoebox Legends has been kind enough to keep an eye out for Twins to send my way from time to time. Here's another recent PWE that arrived in my mailbox: 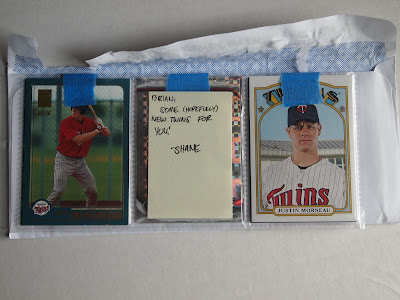 This one was Morneau heavy, which is never a bad thing! 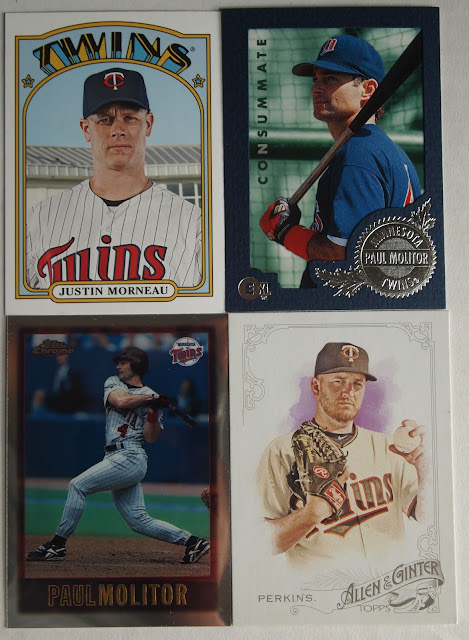 Morneau is joined by the Twins' Skipper Paul Molitor and Glen Perkins, a couple of local kids. I sure hope they meant "Consummate" the adjective, and not "Consummate" the verb... because, well, that would be awkward. 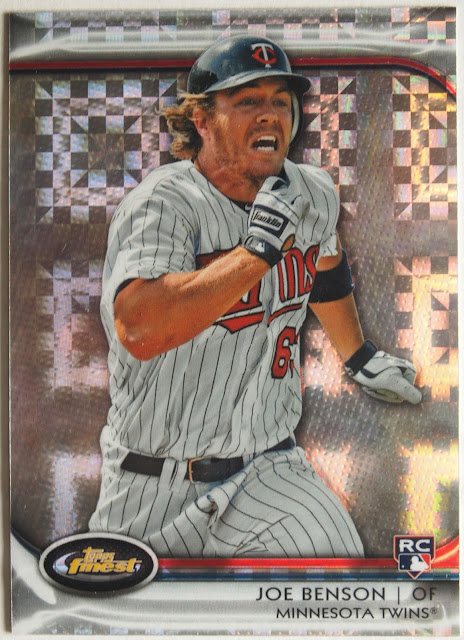 Benson had all kinds of hype in Minnesota, and Topps believed it too. He's still kicking around the minors, he just finished out 2015 with the Mets organization. No matter what happens in his career, he'll always have this cool Finest refractor rookie card! 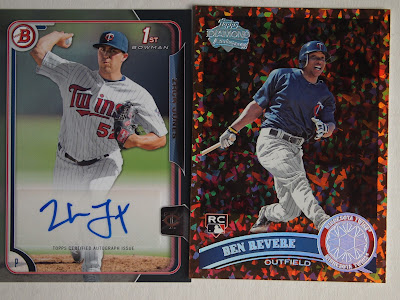 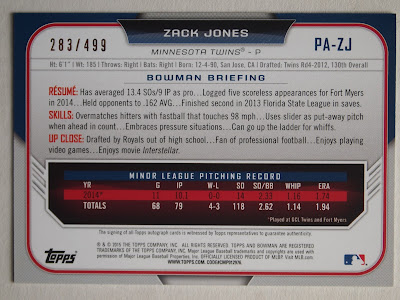 Jones started 2015 with AA Chattanooga, and was the closer for a while, notching 10 saves for the Lookouts. He hit a rough patch (along with a few other young Twins arms this year), and finished the season back in high A ball in Fort Myers. He's going to have to step it up in 2016 to regain his prospect cred in his age 25 season. 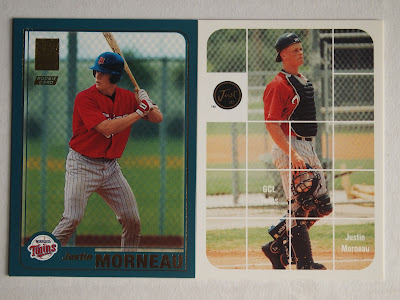 Hey remember that Morneau was a Catcher? 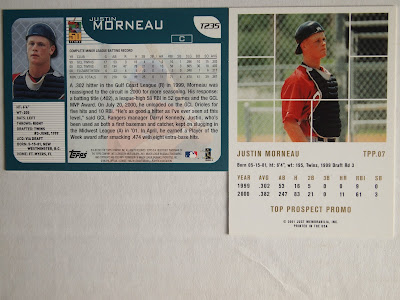 Those are both new to me, awesome! 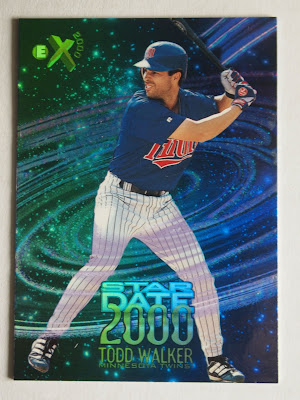 Ah.... Todd Walker. Poor guy found himself in Tom Kelly's doghouse for his defense, and probably could have lived up to some of the expectations placed on him if he could have convinced the Twins to stick with him a bit longer... This is a cool card, anyway!

Thanks Shane, these are great!
Posted by Brian at 7:30 AM