Here's part two of the trade with Gavin from Baseball Card Breakdown - in addition to hitting up some serious Player Collection needs, he also sent a ton of cards from my favorite team, the Minnesota Twins. 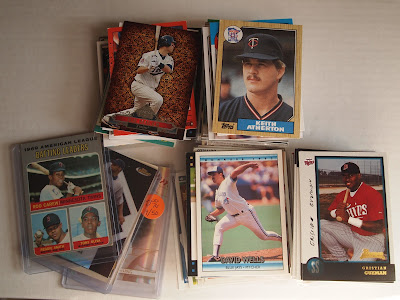 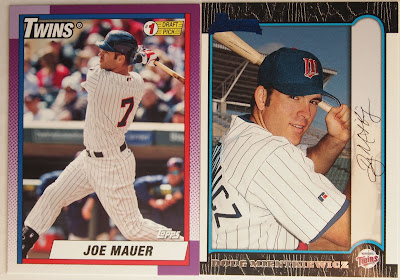 A fake rookie of Joe Mauer and a real rookie of Doug Mientkiewicz! 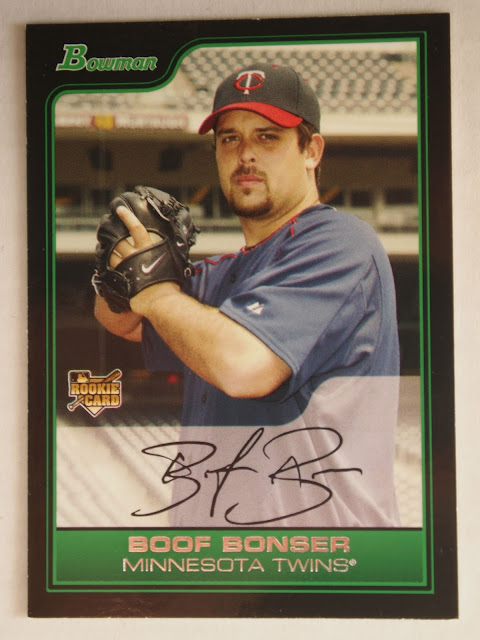 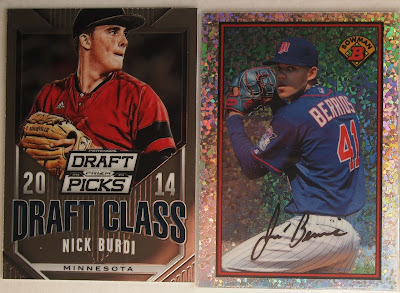 Some recent draft picks - just have to say it is a huge mistake not having Berrios called up to pitch for the Twins this year.

Marty Cordova! Takes me back. I think the Twins could have been better in the late 90s if he had been healthy.

Chrome Stadium Club? News to me, these are pretty slick! 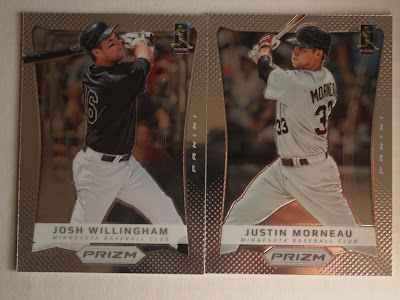 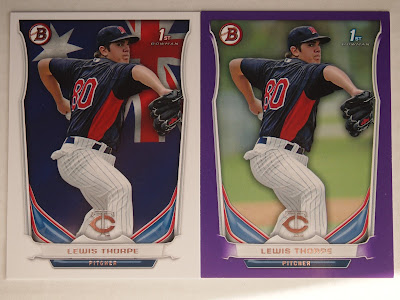 I really like the Australian Flag version of this Lewis Thorpe card. Thorpe should be back in the states to come back from his arm troubles this year. 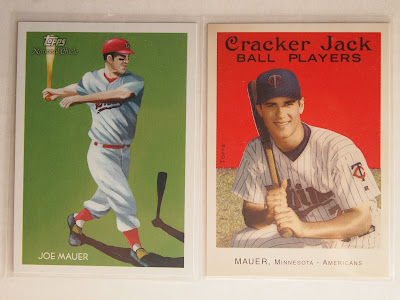 These are super Cool. Mauer's career has fit almost perfectly into the "Heritage" Era, so he's probably got cards from almost every design out there. 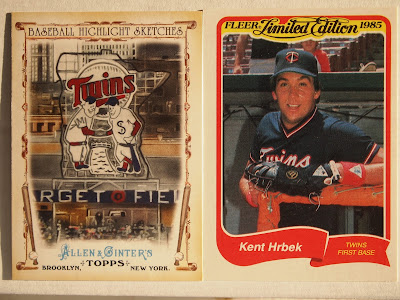 And to close a little tribute to the Baseball Card Breakdown style (admittedly, this is a bit rough)!

Thanks one more time Gavin, for a great first trade!
Posted by Brian at 7:30 AM