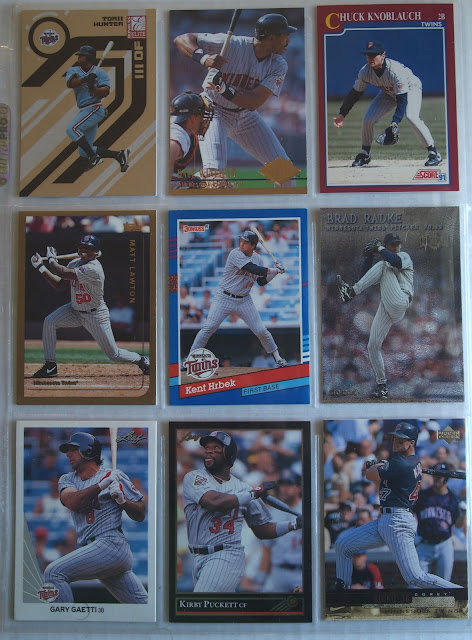 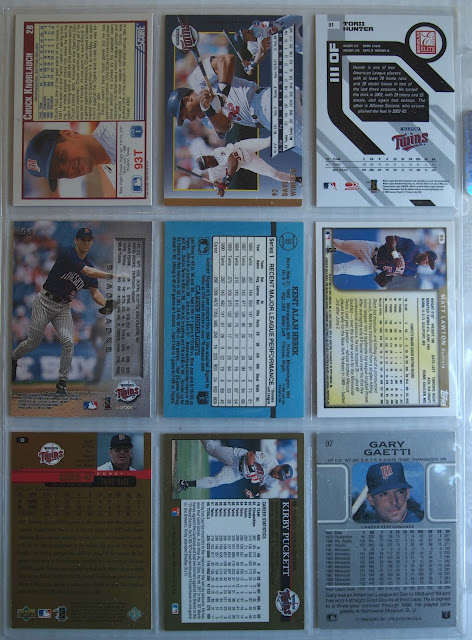 Lots of weird-o metallic cards on this page. I wanted to include a few guys from the Twins' dark ages every now and then, so Matt Lawton makes an appearance this time around. Good old Dave is back after finding his rookie card on Saturday. He's just coming off 3,000 hits on the Fleer Ultra card. I think my favorite is Brad Radke, because no one is more Metal than Brad Radke.