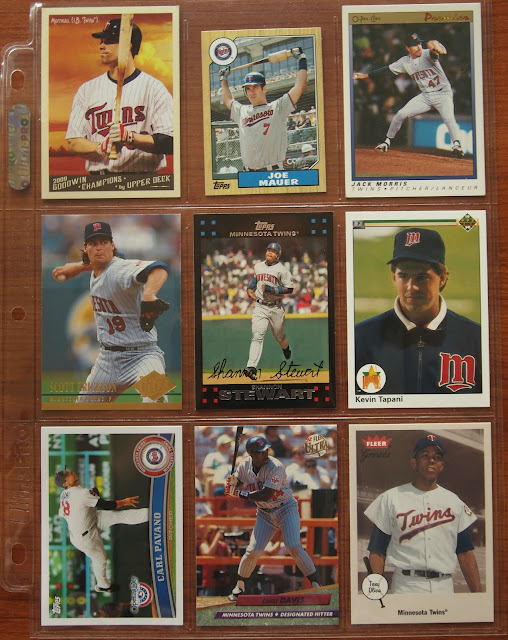 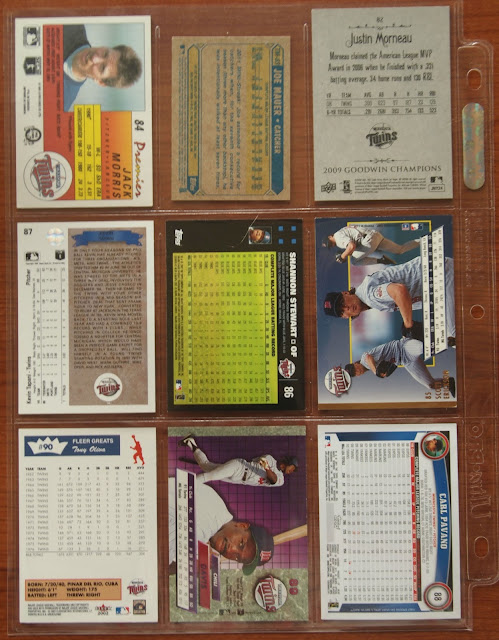 This page is pitcher heavy; I've been favoring position players a bit, so I tried to make an effort to include some more arms. I think Jack Morris in the night game is my favorite of this page, though the mini Mauer is a close second.

UH OH - I don't have any more pages scanned from the Frankenset, and I think I'm coming up on some gaps. I have a week to get the next page up, should have no problem with that.

Happy Labor Day! In honor of the holiday, I leave you with this image of non-Twin Curt Flood: 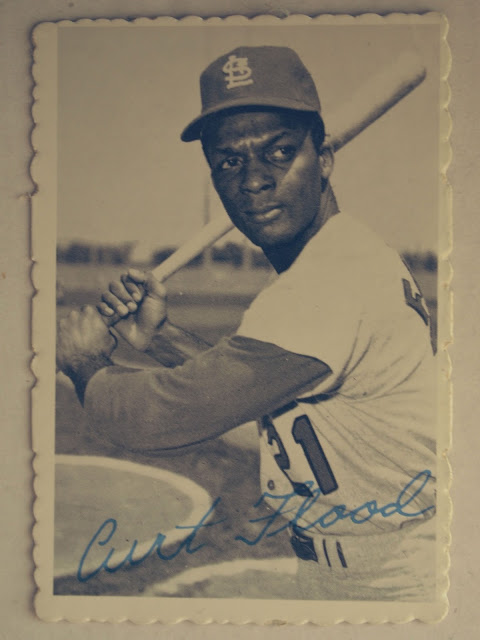