This is a series of posts on a 1980's Frankenset. Each page features a different team, with 9 of my personal favorite cards from that year's team. You might find players repeated, you'll definitely see brands repeated, but hopefully you'll agree that there are some interesting selections from the 1980s!
In 1981, The Padres were managed by former Senators slugger Frank Howard. They were 10 games below .500 in the first half, then won just 18 games in the 2nd half following the strike, finishing in 6th place. Ozzie Smith was counted upon to lead the team, and he did win a Gold Glove while being the NL leader in Games played and at Bats. His hitting was not yet refined, however, and the team struggled to score runs. The 1981 draft would see the Padres making great moves to fix that, adding Kevin McReynolds in the first round, John Kruk in the secondary phase, Greg Booker in the 10th round, and a local basketball star by the name of Tony Gwynn in the 3rd Round. 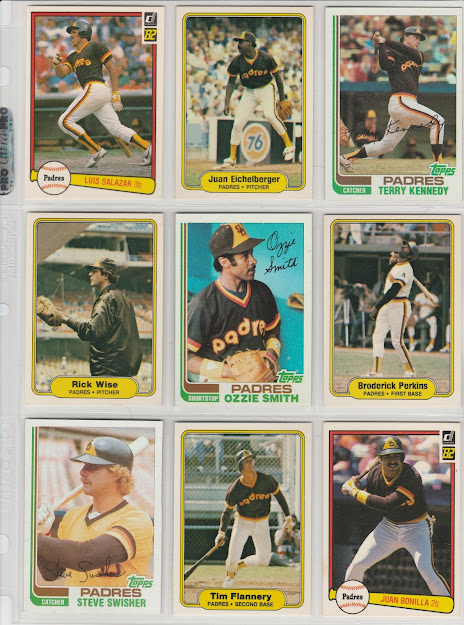 By 1982, the stars had gone out - Rollie Fingers was traded to Saint Louis prior to the 1981 season, Dave Winfield left via Free agency to New York, even Frank Howard was sent packing. Then in December of 1981, they swapped shortstops with Saint Louis, ending the Ozzie Smith era. Despite getting an everyday player for the next 9 seasons as a key position, many would say that the Padres lost that trade big time. But the team defied some dire predictions, and accomplished something they did only once with Winfield and never with Ozzie - they finished the season at .500 with an 81-81 record. It was the 2nd best finish in franchise history, in fact, and would start a string of winning seasons. This was certainly due in part to the June debut of Mr. Padre aka Mr. Tony Gwynn. 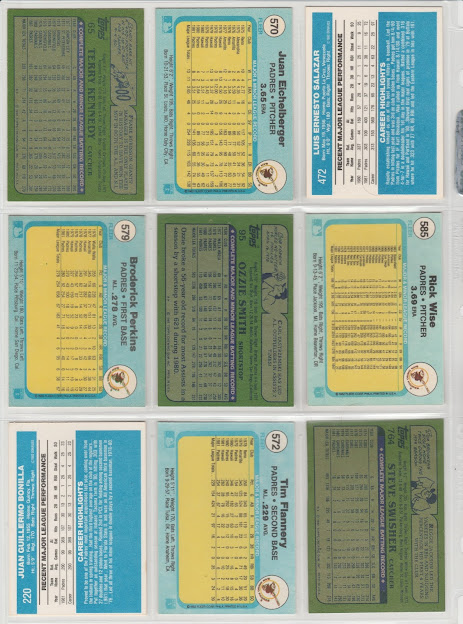