This is a series of posts on a 1980's Frankenset. Each page features a different team, with 9 of my personal favorite cards from that year's team. You might find players repeated, you'll definitely see brands repeated, but hopefully you'll agree that there are some interesting selections from the 1980s!
In 1981, Cleveland hosted both the MLB All-Star Game, and the NBA All-Star Game. One of those All-Stars made history in May of 1981 by pitching a perfect game. Lenny Barker's gem is the most recent no-hitter for Cleveland. The team finished a game above .500 with a respectable 52-51 record. In the competitive AL East however, that still meant a 6th place finish. The starting pitching was a strength, but the team was let down by some especially bad offensive numbers. 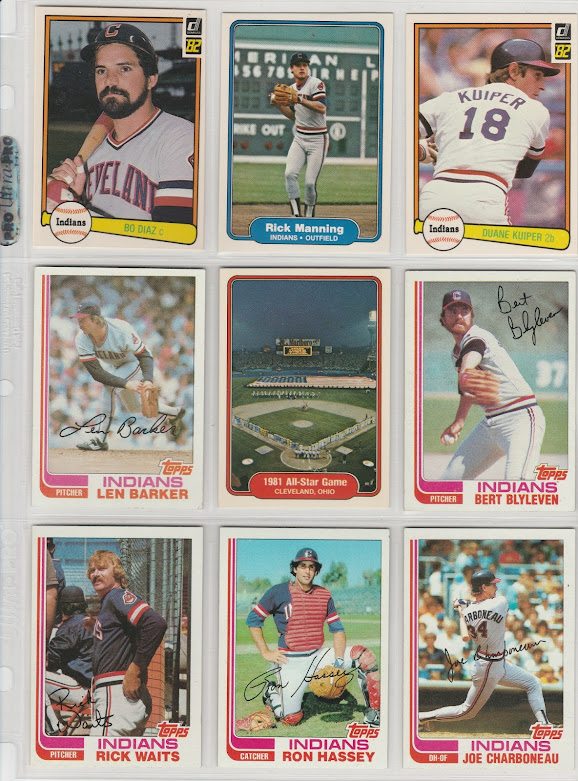 1982 started and everyone had cold bats - literally! The home opener required the removal of 500 tons of snow from the field and the game time temp was 38 degrees with a windchill of just 17! The rest of the year was marred by injuries to key members of the team, and the result was a 78-84 record, placing Cleveland squarely back in 6th place in the AL East. While they finished at the same place in the standings, they were 17 games back of the lead instead of just 5 games back in 1981. Manager Dave Garcia resigned at the end of this year, ending a tenure that began in 1977. One bright spot - the broadcast team was joined by Cleveland legend Bob Feller. The team at one point won 11 straight games that season, the longest winning streak for the team in the 1980s. 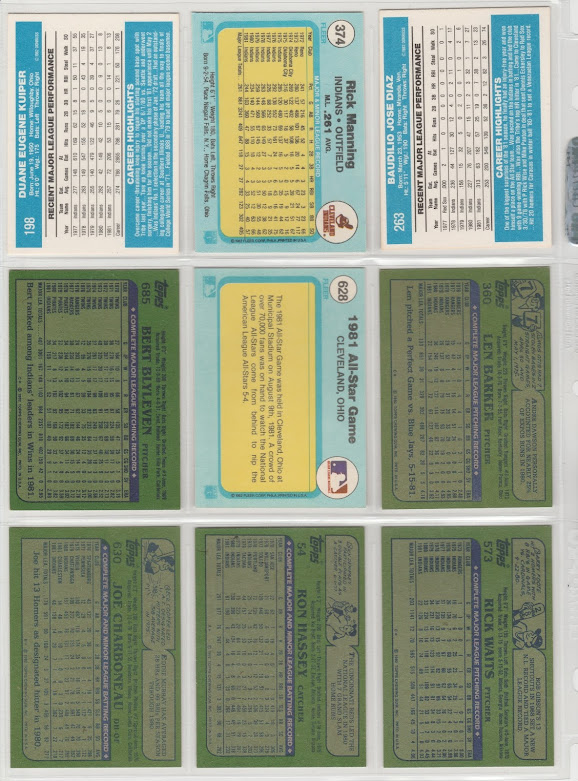