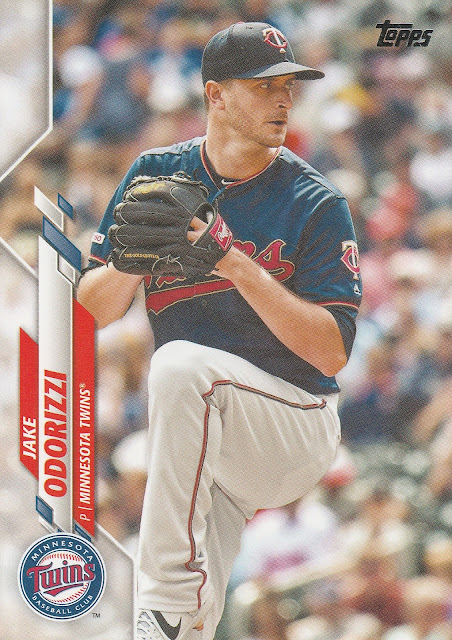 I haven't been to a store that sells baseball cards in a few months, so getting Series 2 Topps was a tall order. Thankfully, we still have the Internet, so I went to the "electronic Bay" which is an online marketplace of sorts... and bid on a Case Break of Series 2 Topps Jumbo Boxes. 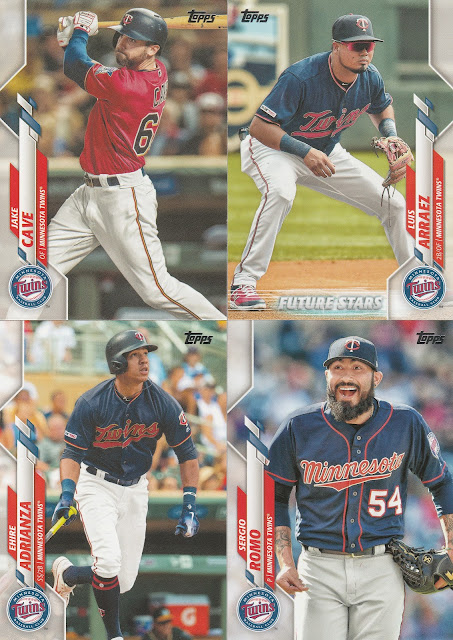 My goal was to try to cash in a lottery ticket for some of the more rare Eddie Rosario parallels so I could build my Rosie Rainbow, but I struck out there. 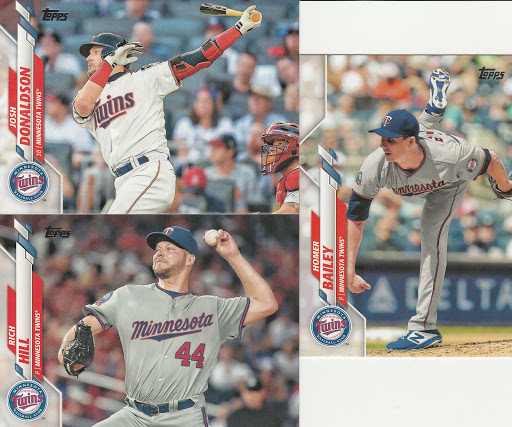 Series 2 is a great place to catch up with the new kids on the block - Homer Bailey is still wearing his Royal blue cleats, Yadi Molina is making a cameo on Josh Donaldson's card, most likely with Donaldson still playing for Atlanta on this card. Dick Mountain is more than likely in a Dodgers uniform here. 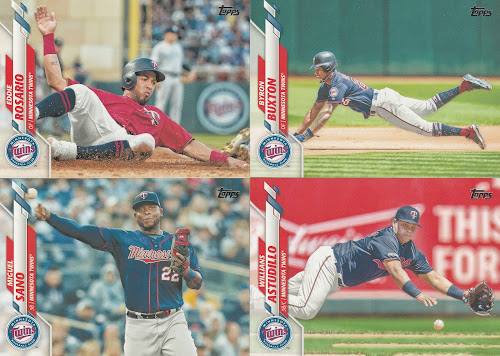 There sure are a ton of horizontal cards in the Twins Series 2 set - and these aren't even the alternate / short printed variations! The only Rosario I pulled from the break was the base card, but that was good, I still needed it! 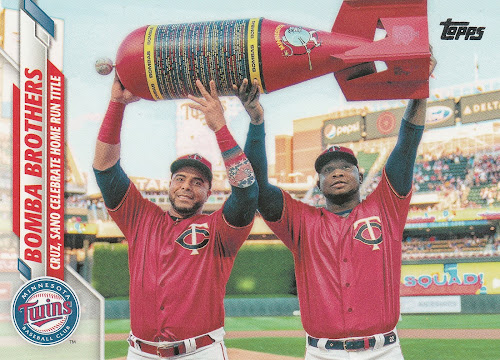 This was a fun one, I like that the more recent issues are continuing the 50s / 60s combo card craze.

Finally the rookie base cards - there's a Dobnak photo variation too - I'll be on the lookout for a cheap copy of it. Dobnak, you may recall, was famous for being an Uber Driver before getting the call from the Twins to be a minor league signee. 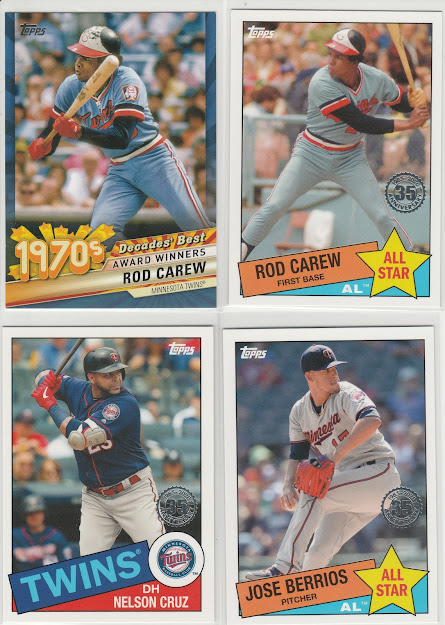 Inserts include "Decades' Best" and a tribute to the 1985 set, which I think is just fine. Rod Carew has been getting some more love the last couple years, which is much deserved! 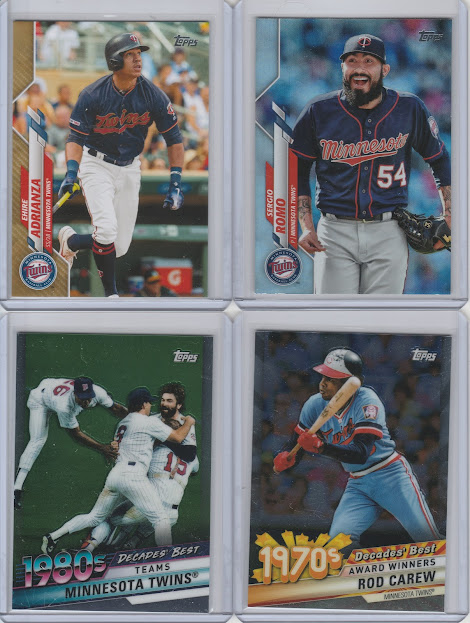 There were some good cards in the silver bonus packs that came with the Jumbo case - including chrome variations of Decades' Best. Pulled a couple parallels too! 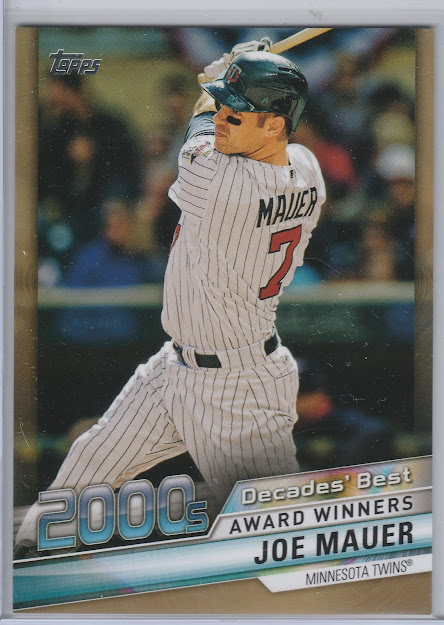 Two cards could be called "hits" - first a Joe Mauer Gold Parallel numbered to 50. Mauer won three batting titles in the 2000s, and was a video game cover guy. The Twins weren't able to reach the World Series in the Decade, but they were AL Central Division Champs 6 times between 2000 and 2010. 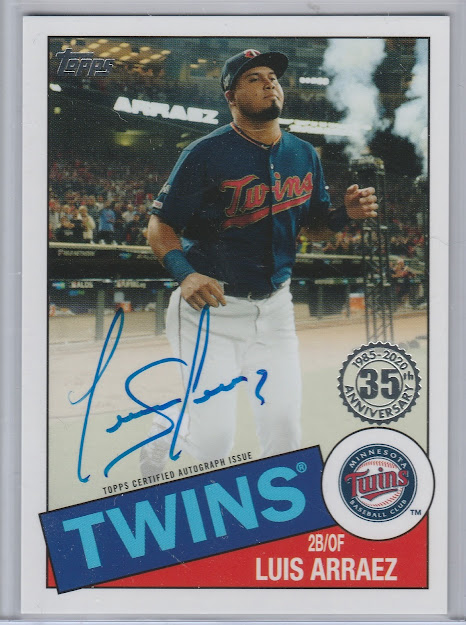 And finally this card made the break worth what I spent to win it - a cool 1985 design autograph of the hitting machine Luis Arraez. He hit .334 last year as a mid season call-up, subbing in for and overtaking Jonathan Schoop as the Twins' everyday second baseman. Arraez has been compared to Rod Carew and Tony Gwynn in terms of his batting stance and willingness to spray line drives all over the field.
Have you tried a Group Break before? What did you think of it? Thanks for reading!
Posted by Brian at 5:50 PM