The Orioles came about as close as you can come to the post season without making it in 1981. The strike started with the Orioles trailing the Yankees for first place in the AL East by just 2 games. It was poor timing for Baltimore, as they had been ahead of the pack in late May. In the second half of the season, they finished ahead of the Yankees in the overall standings, but the Yankees played in October instead because the strike determined that the winner of each half would play in the playoffs, regardless of the overall records. 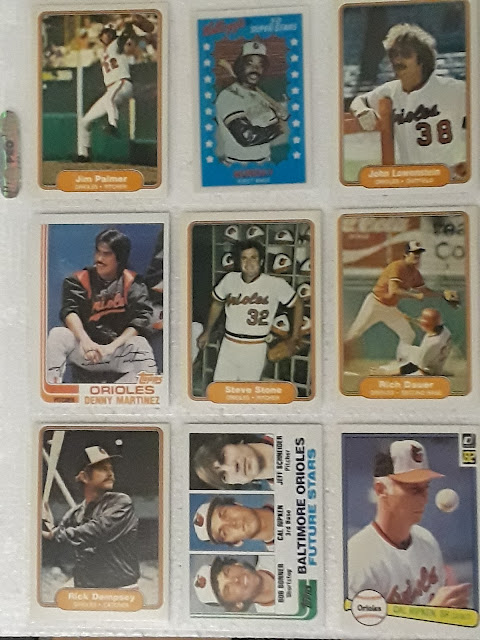 In 1982, Baltimore again would play the role of the bridesmaid, finishing just a game behind the AL east champion Milwaukee, taking the Brewers to task until the final game of the season. Despite momentum favoring the Orioles who had bludgeoned the Brew Crew in the first three games of the 4 game series to tie up the standings, it was the Brewers that made the statement. Facing Hall of Fame hurler Jim Palmer, the Brewers piled up the runs, taking the final game of the season and the pennant with a 10-2 victory. Among many other highlights for the Orioles in 1982, their young prospect Cal Ripken sat out the 2nd game of a doubleheader on May 29th, then came back to the starting lineup on the 30th and would stay there until September of 1998. 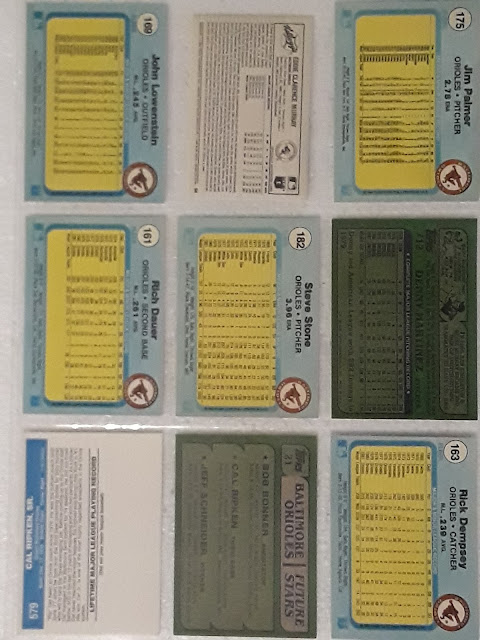 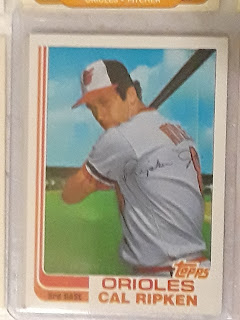 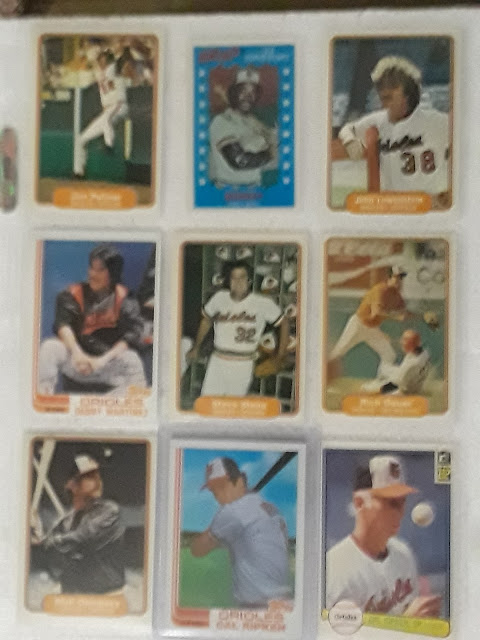 that's what it would have looked like if I wanted to give myself a heart attack thinking about this card just chilling in a binder all loosey goosey - I couldn't even take a decent picture of it!
Note - my ancient laptop, which I've used with my scanner to post in this blog for the last 5 years or so, has finally bought the farm. I decided to do this post using my phone's camera instead of my scanner, probably will not post again until I can find a more permanent solution.