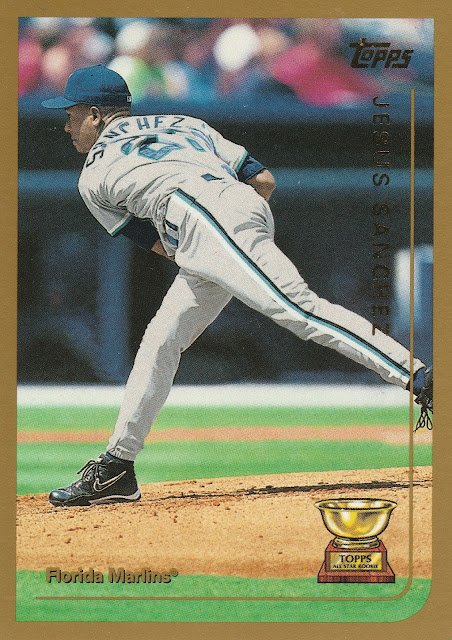 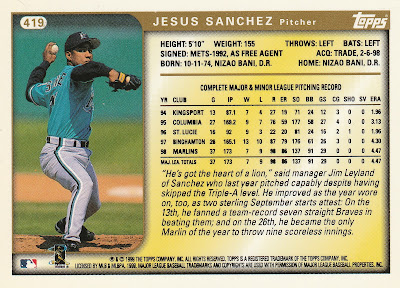 Jesús Sánchez was signed by the Mets as a 17 year old free agent out of the Dominican Republic in 1992, beginning a steady climb through the organization as a lefty with control and endurance. In his debut season of organized ball he finished 3 of his 12 starts. His 1.96 ERA was the lowest for any Mets' pitcher in the entire org that year. He made the jump from AA Binghampton all the way to the Marlins' rotation in one off-season. He joined the defending World Series champs and made 29 starts for manager Jim Leyland, who referred to him as having "the heart of a lion." While his season stats were not eye-popping, the fact that he was just 23 and hadn't pitched above AA previously made his season noteworthy. He saved his best start of the season for his last, scattering 5 hits and 2 walks over 9 shutout innings. The Marlins didn't score, either, and he ended up with a no-decision for his troubles. 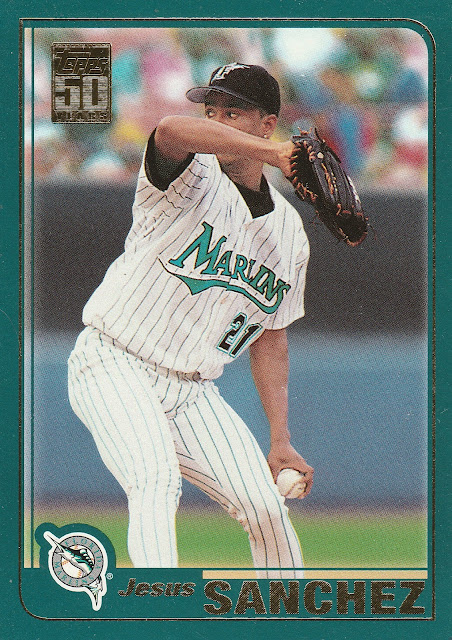 By 2001, Sánchez had started 71 games for the Marlins over 3 seasons, but hadn't really found the consistency expected of a Major League starter. Some of it could be attributed to the way he was used - in 1999 he appeared in 59 games as a pitcher, and pinch ran 13 times. Fun fact - Sánchez was a long-distance runner in high school. He was used primarily out of the bullpen in 1999, but started 10 games. By 2000, he was once again in the rotation full time, and tossed a pair of complete game shutouts, but still ended up losing more games than he won. Sánchez had a great pickoff move, nabbing dozens of would-be base stealers in his career, setting a team record with 12 in 1998 alone. 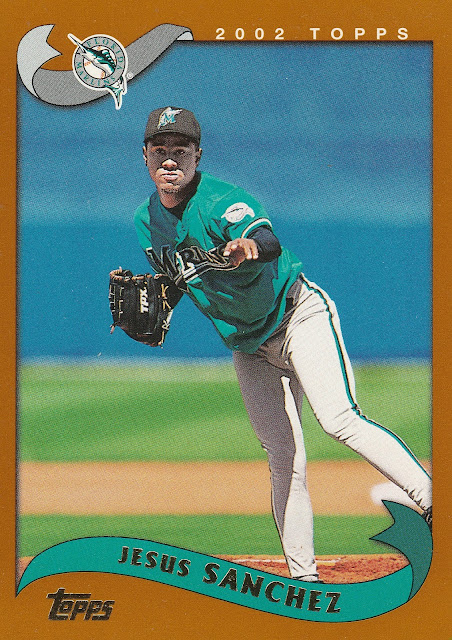 His pitch mix evolved over the years, with his change-up becoming his best weapon to complement his fastball. He didn't pitch with high velocity, and the transition from the minors to the majors would reflect the difficulty of bringing a less than blistering heater to the big leagues. Strikeout rates decreased, while walk rates, hits/9, and home run rates all increased.  Sánchez spent a good chunk of 2001 in AAA, not returning to the big leagues until late June. By the end of the year, he'd be traded to the Cubs, who viewed him a possible 5th starter / swing man in the bullpen. He'd spent parts of the next three seasons as a AAAA pitcher, shuttling between the big leagues and AAA for Chicago, Colorado, and Cincinnati. He then moved on to pitching in the Dominican Winter Leagues, the Mexican League, spent a year in China with the CBPL where he pitched a sub 3.00 ERA for the first time since 1996, and then returned to the U.S. to pitch in the independent Atlantic League for a pair of seasons, retiring in  2012. Sánchez today is the pitching coach for the Cleveland Guardians' Dominican Summer League team located in Boca Chica, D.R. which is located a few provinces east of his hometown of Nizao.
Check this out - Sánchez finishes up a then-Marlins record of 7 consecutive strikeouts by tossing an "immaculate inning" - 9 pitches, 9 Strikes, 3 strikeouts!  He gets Greg Maddux with that nasty changeup.
Posted by Brian at 6:59 PM