Back on Target (Shelves) 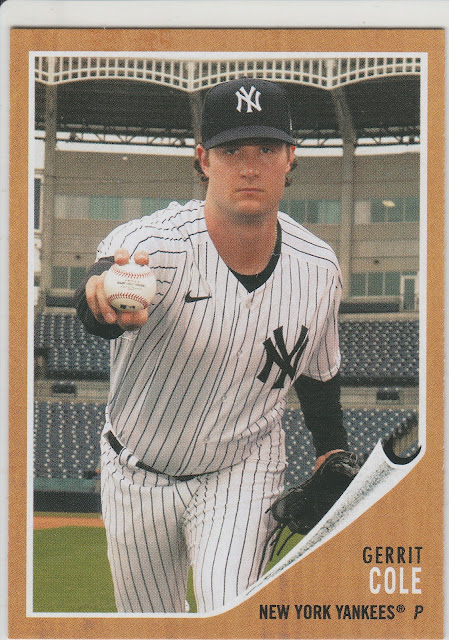 At some point in December I was in the nearby Target and because I had heard that some of them had started to stock cards, I took a peek for myself. I nabbed a blaster of Archives and a Panini box called Chronicles, which was absolutely bonkers, yet somehow the two products were essentially doing the same thing. 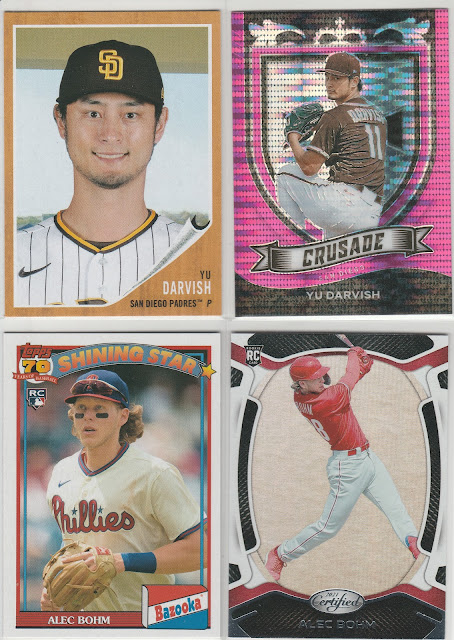 Both sets took prior designs from their "Archives" and "Chronicled" them in a mish-mash group of sets. Topps went for realism, while Panini had no choice but to opt for surrealism in response. 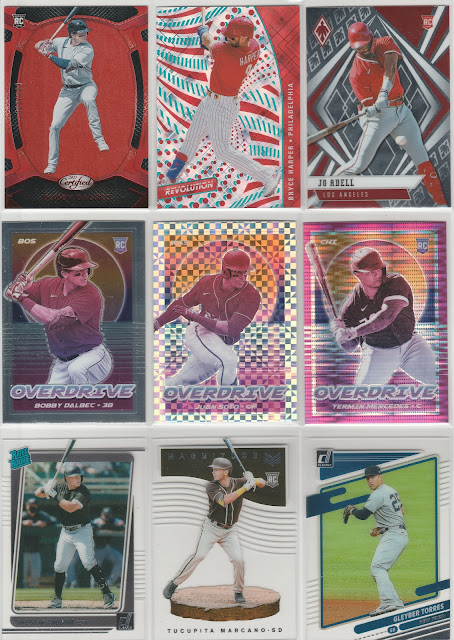 I thought the lack of logos would have me seeing red, but the inserts and variety of designs certainly threw everything into overdrive. Clearly, this box was making a real attempt at something. I have no idea what that could be, but it was obvious they were trying. 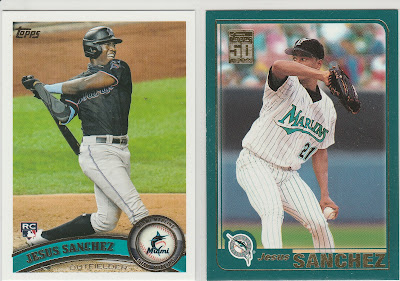 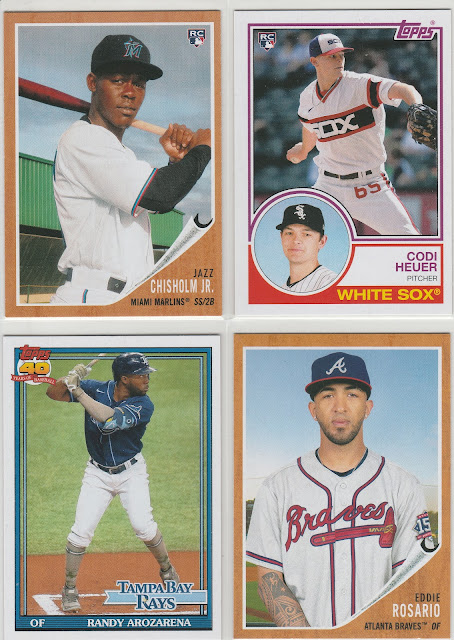 Archives, meanwhile, ran out of designs a while ago, but came through the rookies and traded players 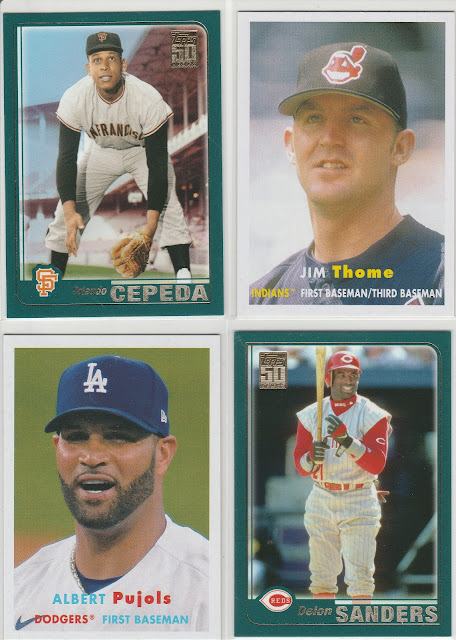 And of course they loaded up the checklist with long ago retired players. Wait, Pujols is not retired? Jut kidding, I actually went to a game this past season where he hit a home run! Definitely wasn't expecting that at the start of the year. 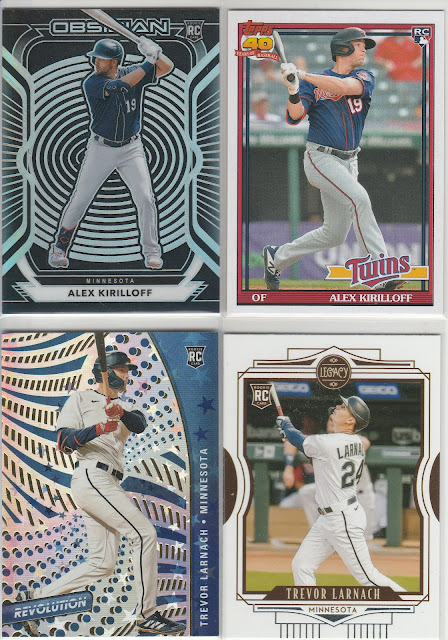 Here are 80% of the Twins I pulled, I know how much you like to see Twins! The Kirilloff twins and the Larnach twins may or may not share time on the MLB roster in 2022. 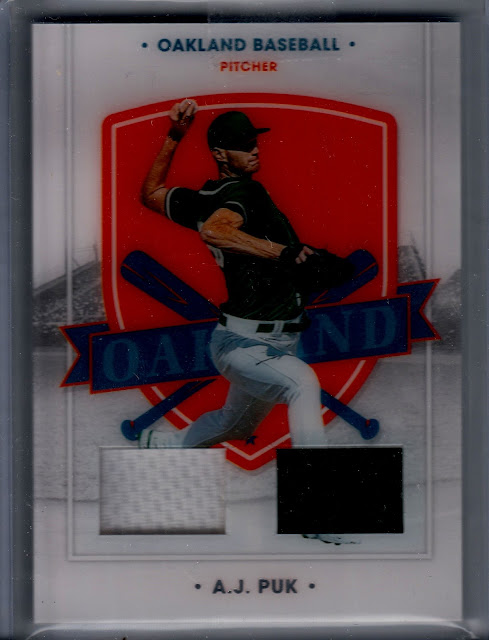 Of course Chronicles came through with a hit, too. My scanner was having a hard time with this one, but you get the idea. The card was super thick, too- I had to dig around for some time trying to find a holder for it.
Posted by Brian at 7:16 PM