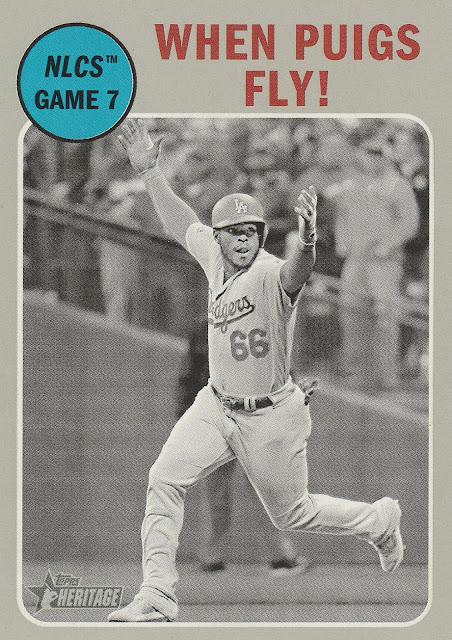 2019 Topps Heritage was released on February 27th - but the first day I saw any for sale was during a trip to Target this afternoon, 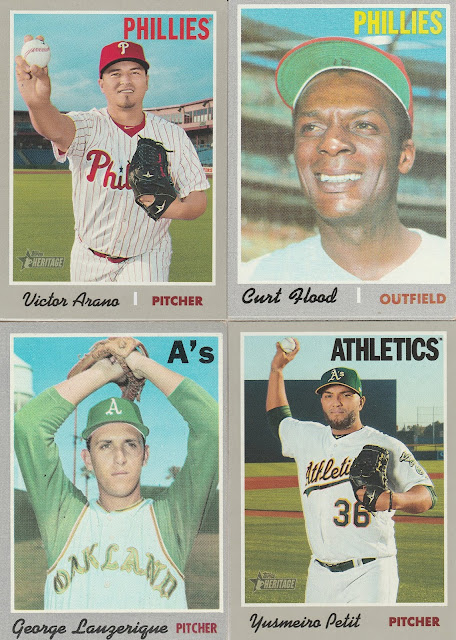 When I saw the Mookie Betts preview card for the set, I was concerned that Topps had made the photo smaller and made the grey border much wider. I was happy to see that was not the case, at least not to the scale of the Betts card. The 1970 version had plenty of centering issues, but so far so good for me on the 2019 heritage version. 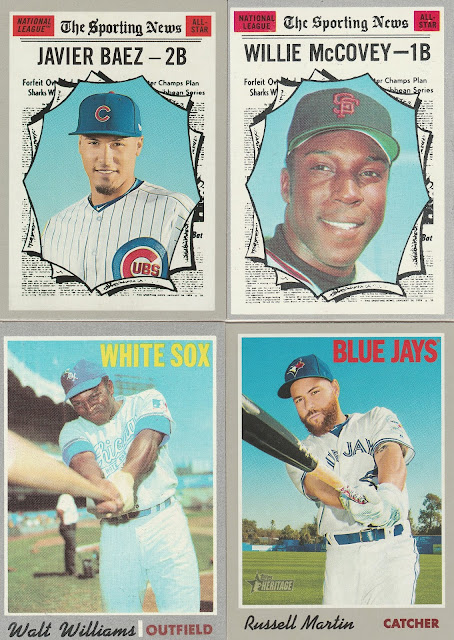 The Sporting News is back for the All-Star squad- and they even pulled the same headlines in 2019 as they had in 1970! "Forfeit O----er Champs Plan." Another plus is that it seems like the new heritage set made an effort to emulate some of the poses from 1970. Let's look at some of the backs.

Both A's pitchers had card #41, that was cool. The Coloring would probably be closer if I had higher grade vintage cards, but the ones I have are pretty faded on the back. Weird grammar thing on the All-Star cards. In 1970, they made a complete sentence starting with the player's name- "Willie McCovey . . was named the N.L. Player of the Year in 1969!" But in 2019, there's the player name, then another sentence. I like the 1970 version better, as repeating the player name just seems like a waste of real estate on the back of the card, which is already scrunched by all the legal disclaimer language that crowd card backs now. 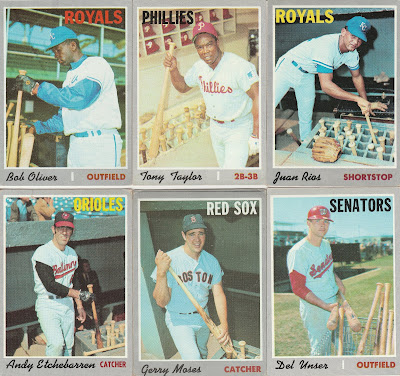 Hey, they forgot to include the bat rack cards!!

Good News - Pat Neshek has a card that is almost identical to Lowell Palmer's from 1970.
Bad News - I didn't pull that card.

Good News - the 1970 Harmon Killebrew 1970 Topps Card is one of my favorite cards of all time.
Bad News - Topps didn't make a Joe Mauer card to mirror it.  Rats. 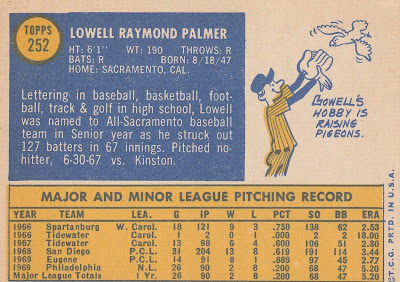 I hope the back of the Neshek card shares that his hobby is collecting cards! 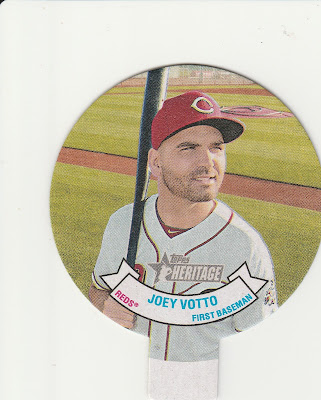 I did pull one interesting insert item - this is a Target exclusive insert, a faux candy lid. Topps made some candy packages in 1970 and 1973 with a baseball player under the lid- there were 24 in the 1970  set.