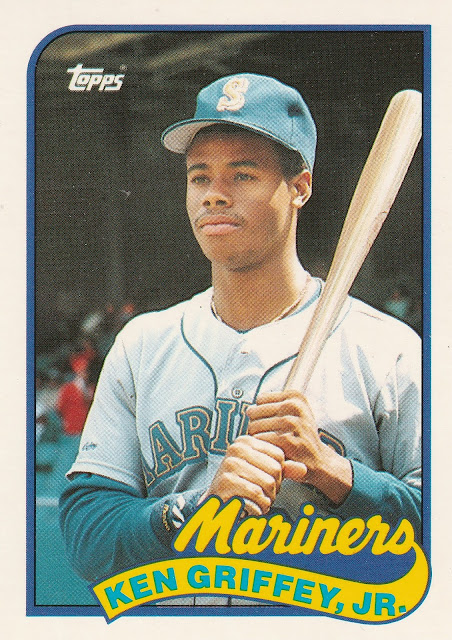 The 1989 Topps Traded Set has some of the more iconic cards in the Traded series of the 80s - and with the exception of the Ripken Rookie, the Ken Griffey, Jr Rookie is at the top of that list. I mean, it´s not even his most easily recognizable rookie card, but this was the card to chase from this set. He was already considered a candidate for all-time greatness, and he did not disappoint. 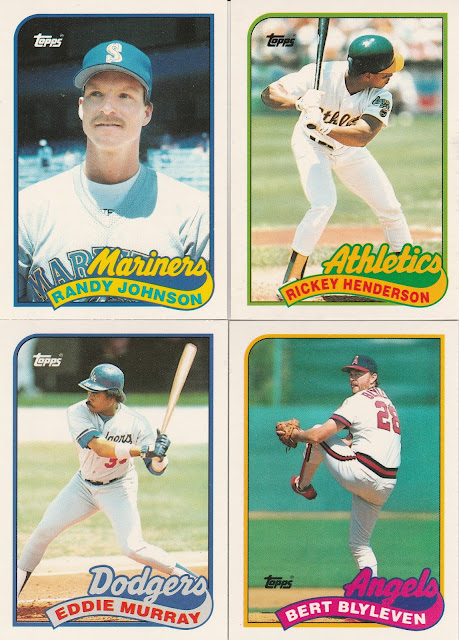 He wasn´t the only Hall of Fame player in the set - in fact, he wasn´t even the only Mariners Rookie Hall of Fame player! Rickey returns to Oakland, back where he made the biggest impact and where he would again bring greatness and glory to the Bay Area. Eddie Murray and Bert Blyleven both came home to Southern California- with Murray joining the Dodgers and Blyleven heading to the California Angels. 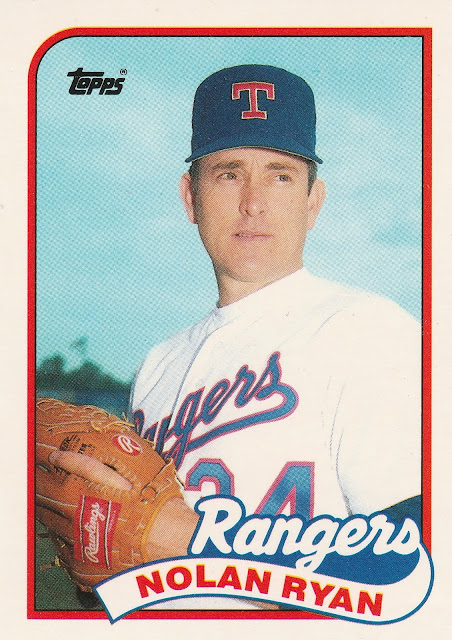 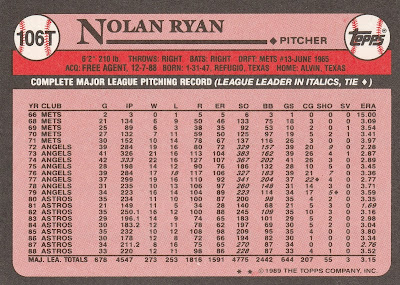 Pretty good. Doesn´t even have a column for all the no-hitters, but they are still in there mixed in with those 55 shutouts. 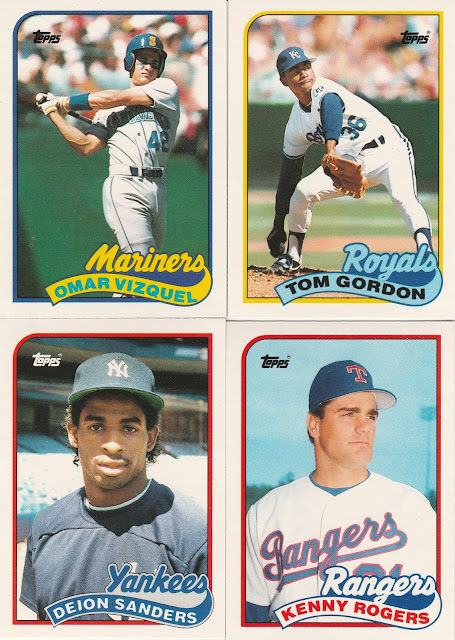 Rookies! Omar Vizquel is still getting some Hall of Fame buzz, which I can see from a certain point of view, but right now I feel like there are still more than 10 candidates on the ballot I would rather have inducted first... Tom Gordon has an awesome delivery - he gets so low to the ground and just drives to the plate. Deion Sanders is an NFL Hall of Famer, and he had an eventful MLB career as well -- He played in parts of 9 MLB seasons, missing parts of the regular season for NFL responsibilities. He led the NL in Triples in 1992, even though he only played in 97 games. He also excelled in ¨Prime Time¨ hitting .533 with 5 stolen bases and 4 runs scored in the 1992 World Series against the Blue Jays. Which Kenny Rogers would you say is more famous? The pitcher, or the country singer? 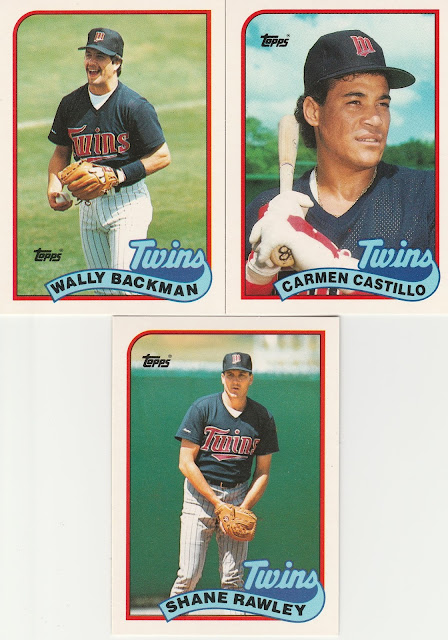 3 Twins in the Traded Set - these guys were all added to the team in hopes that they would rebound from bad/sub-par seasons or breakout to their prospect glory... Long story short, that didn´t happen. 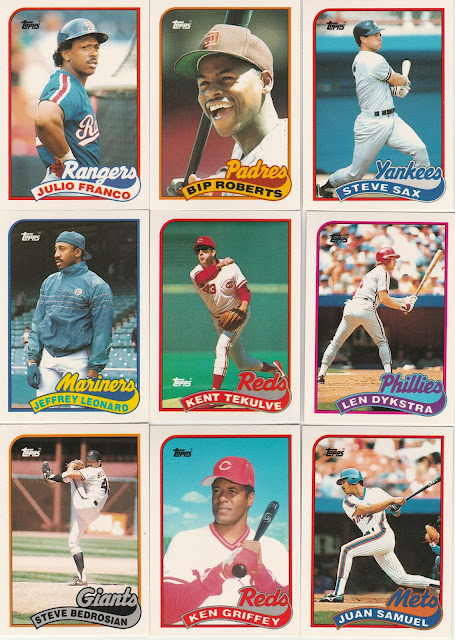 Some of my favorites from the set - I always think of Franco as a Ranger, even though he played seemingly everywhere else. A great candid shot of Bip Roberts, not really sure how he ended up in the Traded set again, he was already a rookie in the 1986 traded set... but that´s cool. Nothing wrong with more Bip! Steve Sax as a Yankee always makes me think of that Simpsons episode. ¨You don´t know when to keep your mouth shut, do you Saxy Boy?¨ I wonder if Jeffrey Leonard was a trendsetter for Griffey.. Hey, it´s Kent Tekulve´s birthday today! Happy 72nd, Kent! 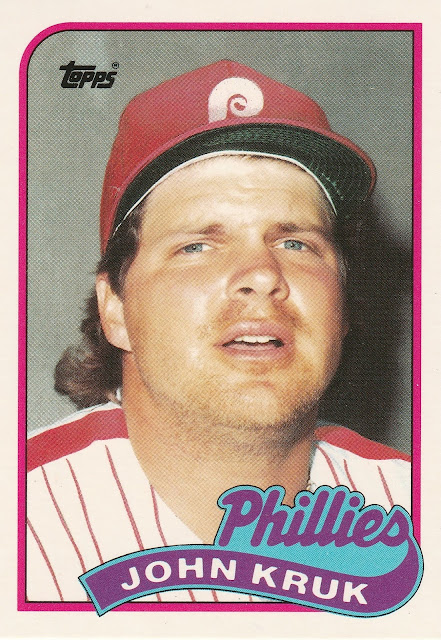