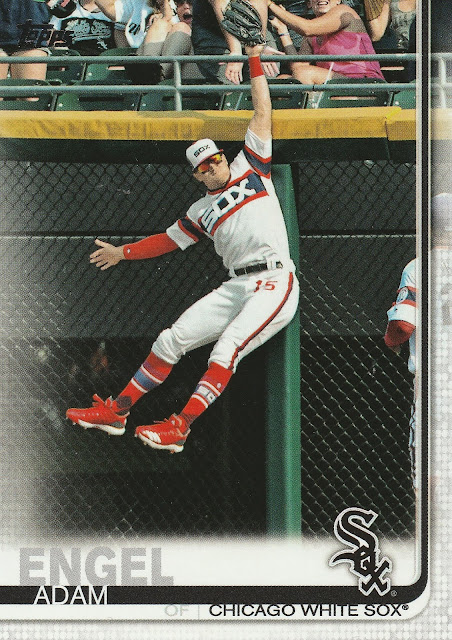 The Transatlantic Triple Break is back for 2019! Kevin of The Card Papoy gets things rolling with flagship 2019 Topps Series 1. I stopped after one blaster myself, so it was nice to get some more to add to my collection. Big fan of this Adam Engel card, as he leaps high to rob a homer. 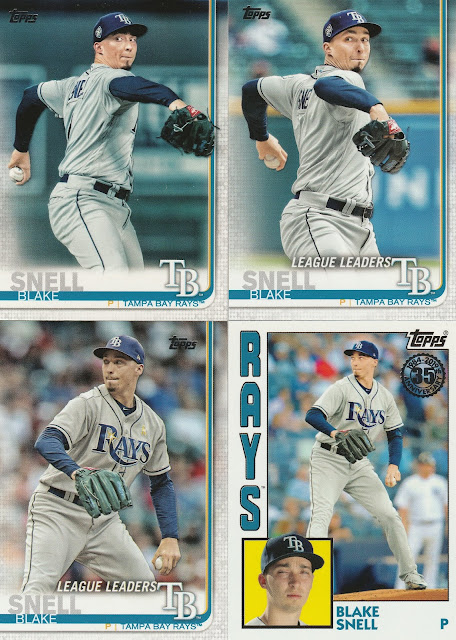 It's an Ian Snell hotbox! I think Snell knows a thing or two about hotboxes.... ok ok ok. Congrats on the Cy Young Award, dude! 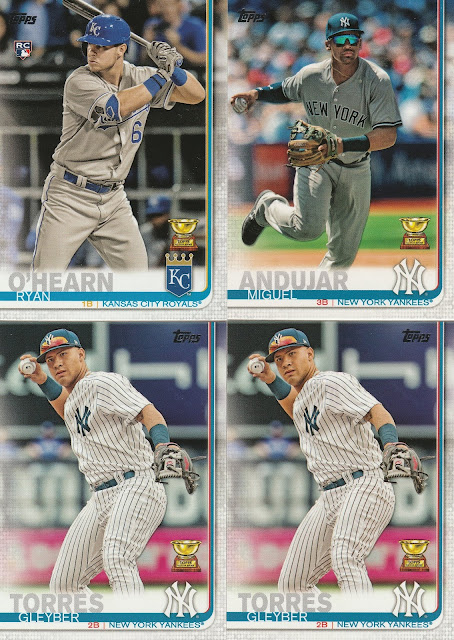 Rookie Cups! This is really why I picked the AL East, wanted to get both of these Yankees without having to pay for the singles. Even pulled a Gleyber Day Miracle with a second Torres card. I have another copy of the Ryan O'Hearn card as well, if anyone is interesting in one of those two. 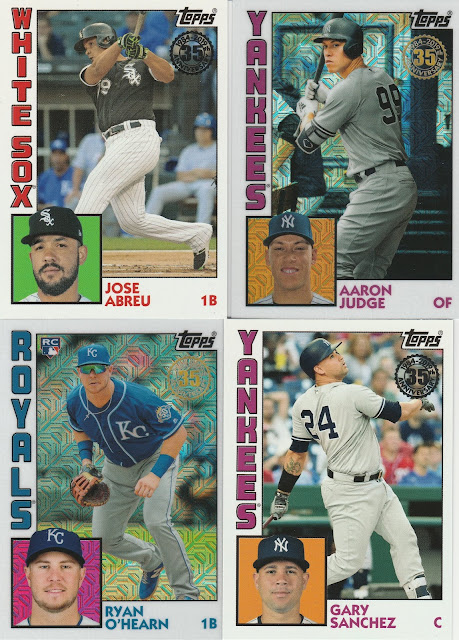 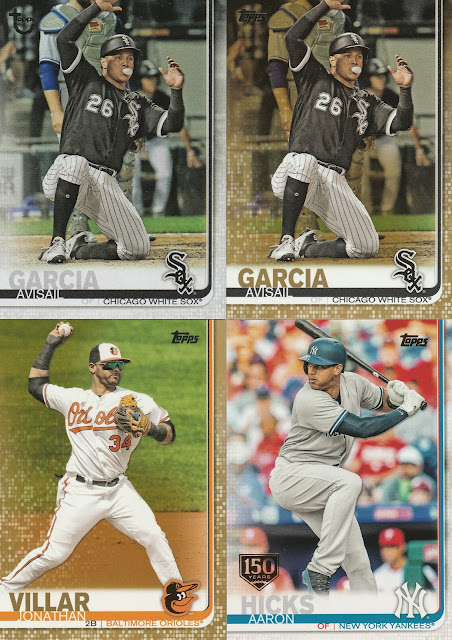 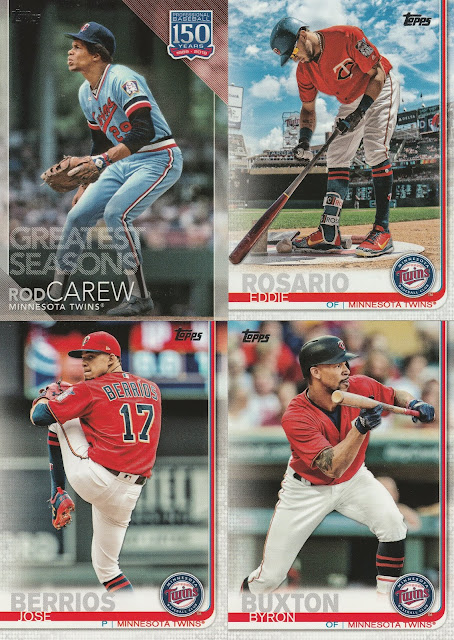 More Twins - I was the lucky winner here, as we pulled the Eddie Rosario alternate image along with the regular issue. Rosie is my favorite Twins Starter, with Mauer retired and Kennys Vargas gone to play in Japan with the Chiba Lotte Marines. Willians Astudillo is going to have to take Kennys' place as my favorite Twin that deserves more playing time. 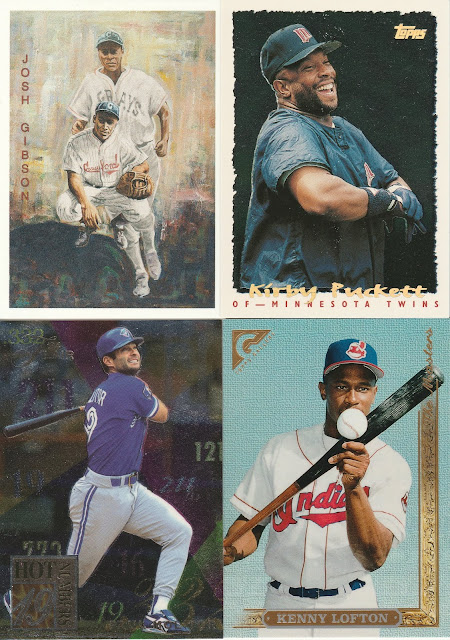 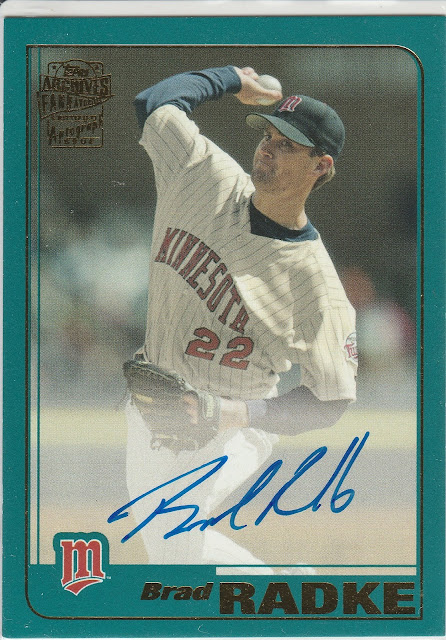 Thanks very much Kevin, I'm pumped for Opening Day 2019 thanks to the awesome Triple Break!
Posted by Brian at 8:12 PM