What Was the Latest Big Deal on COMC? 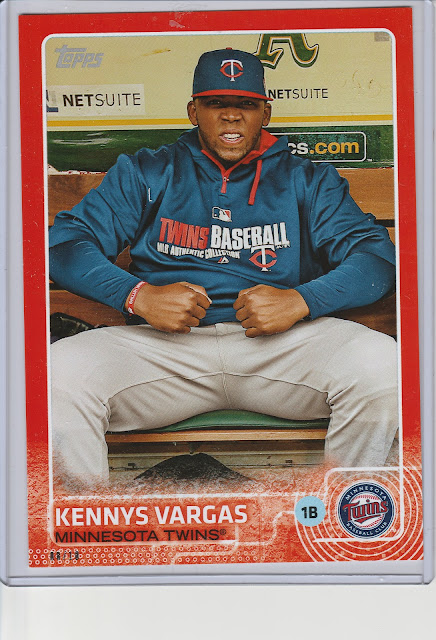 The Big Deal were these two Kennys Vargas 5x7 cards, each numbered to 10 - I swear I am going to have every single Vargas card #d to ten except the one I've been looking for since early 2015. 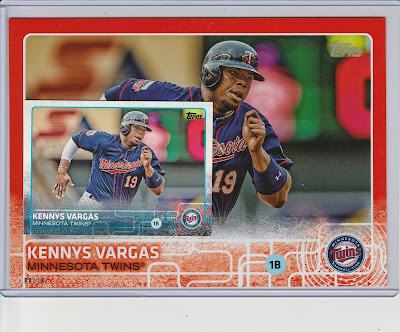 Compared to the size of the base cards... 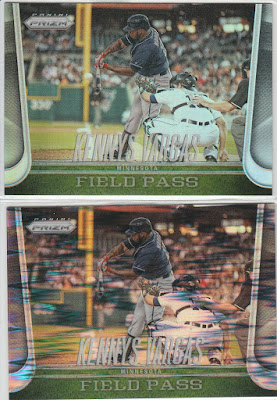 Also had the good fortune of finding a couple more Kennyses I needed, both parallels. 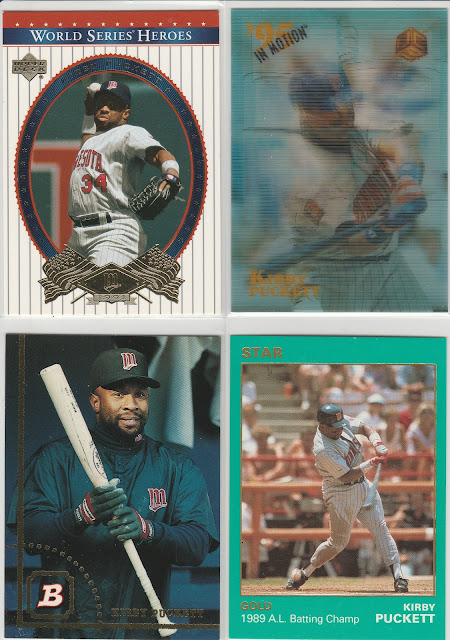 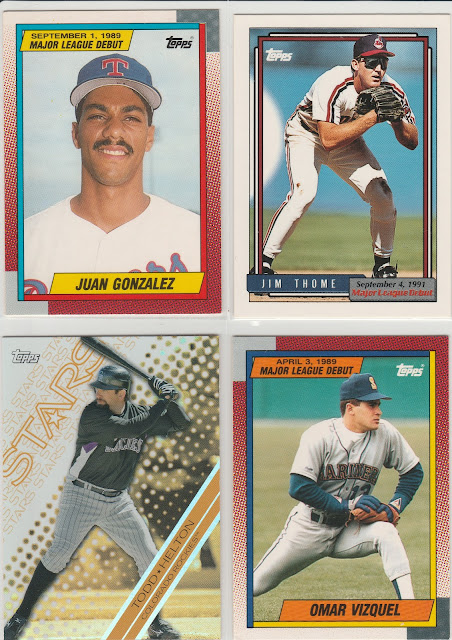 I don't limit myself to just Twins, these were just a handful of the other guys I picked up. 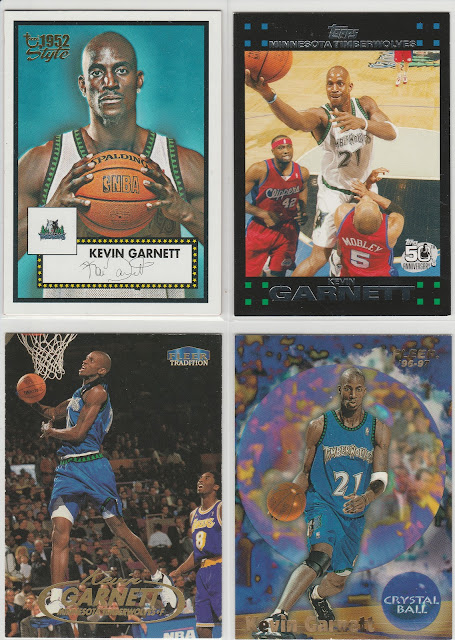 I just finished reading a great article on The Big Ticket, and these cards came that same day - it's worth checking out if you like KG, or stories about guys heading into the twilight of long careers.
Posted by Brian at 8:30 AM No comments:

A #SuperPWE from A #SuperTrader 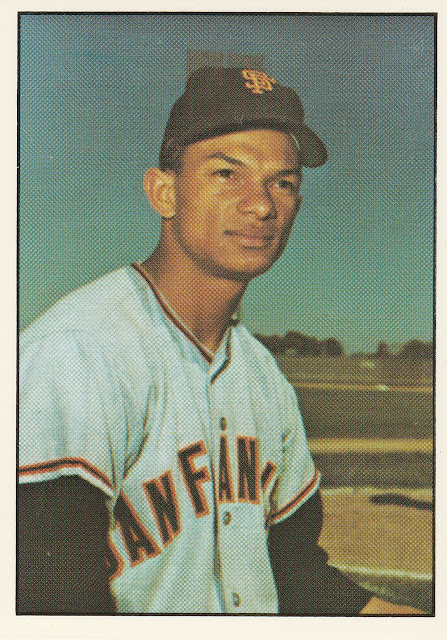 Matty! You'd expect nothing less than a great haul of vintage cards from Mark Hoyle. Here's the rest of that #supertrade! 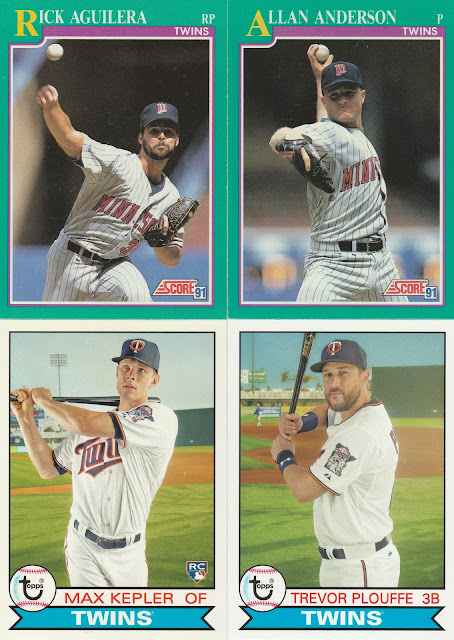 Kepler and Plouffe are part of the 2016 Archives set and both are new to me. 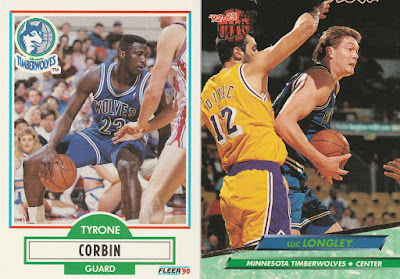 And Timberwolves! Ty Corbin was a 2nd Round journeyman in the league before the Wolves nabbed him in the expansion draft. He became one of the team's leading scorers early on in their history. Before Andrew Bogut, there was Luc Longley. Longley was the first Australian to play in the NBA and was the Starting Center for 3 NBA championships.

Thanks for the cards, Mark!
Posted by Brian at 8:30 AM No comments:

AJ from The Lost Collector send over a #Supertrade package this week. I've been really overloaded with work and family obligations this summer, baseball cards have had to take a back seat. It was great to get this trade, lots of great stuff all in one place! 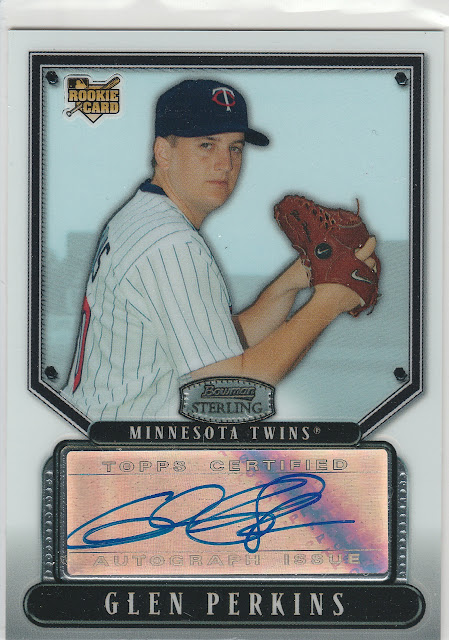 Perkins is out for at least the rest of this year after having labrum surgery - He is hoping to be back in time for Spring Training 2017. 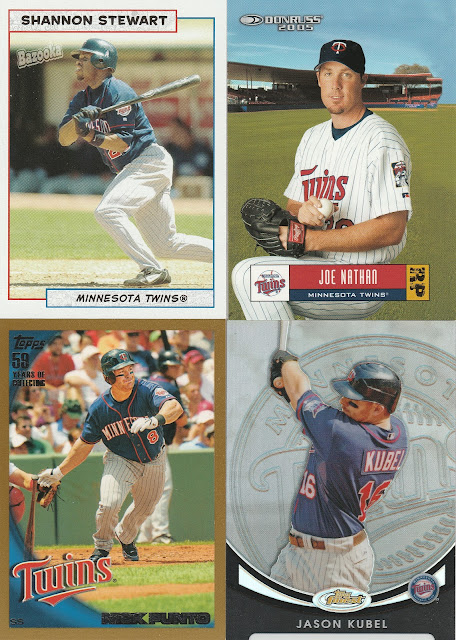 While Perk was tearing up the minors, these guys were regulars on the early to mid 2000s Twins playoff teams. 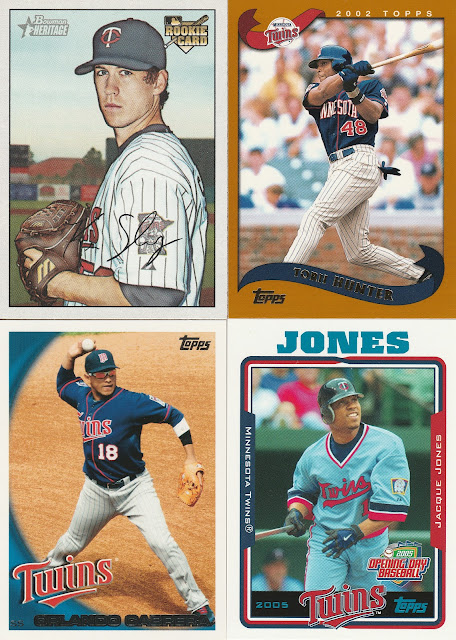 Love the Powder Blue Jones throwback, and I think this is my first Orlando Cabrera card as a Twin. The Twins were happy to get Cabrera on their side - against Minnesota, Cabrera has a lifetime .343 Batting Average. 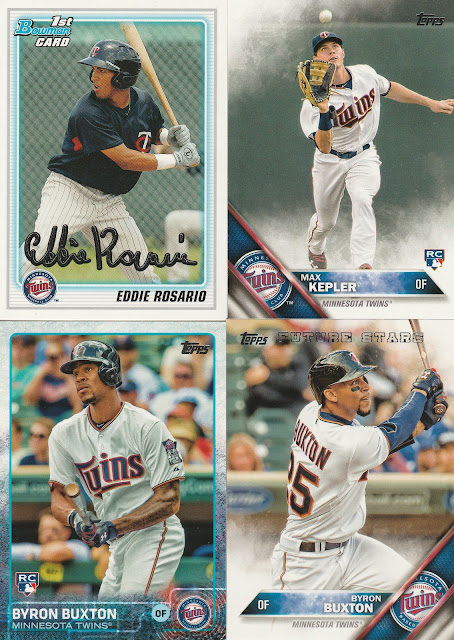 Here are the current Twins outfielders - all looking to make some noise in 2016. Kepler is in the middle of a power surge in July, with seven of his 10 career homers coming in just the last 3 weeks. 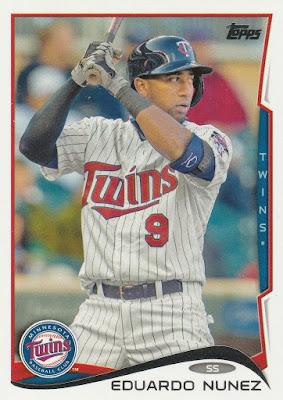 The Twins lone All-Star representative in 2016, Nunez is known for the batting helmet that is at least two sizes too big, which comes flying off his head as he rounds the bases.

Guess Who's Back in the Big Leagues?

It's 'Murica's birthday, and there's some exciting news in the Twin Cities... 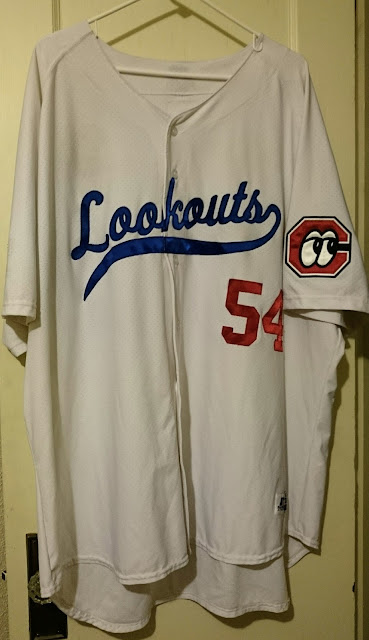 He is coming back all the way from last year's demotion to AA... 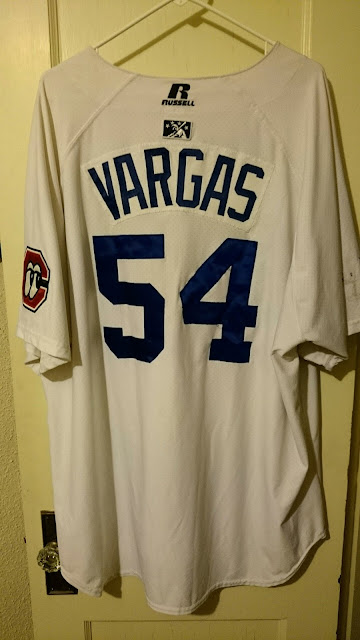 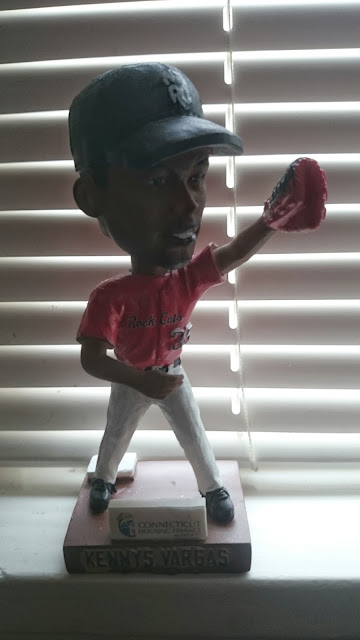 The now defunct New Britain Rock Cats made this bobble head of Vargas his first time through the Minors. 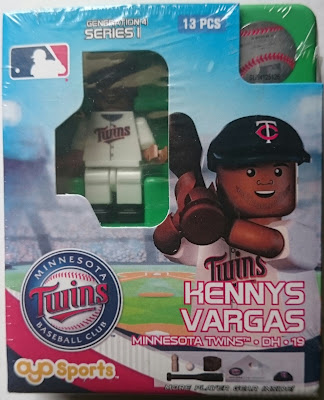 Oyo created this thing (looks just like him!) during his promising first few months in the majors. 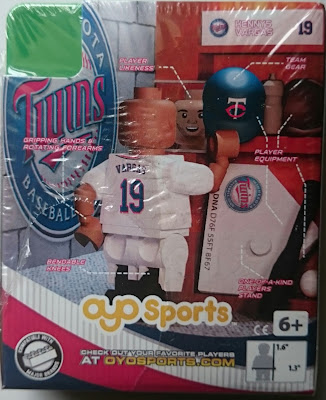 Vargas is going to try to build off the experience he gained in Rochester this year. Plouffe hits the DL, Sano will be starting regularly at 3B, Byung-ho Park was demoted, so Vargas is going to get his chance to stick with the big club!
Posted by Brian at 1:30 PM 2 comments: 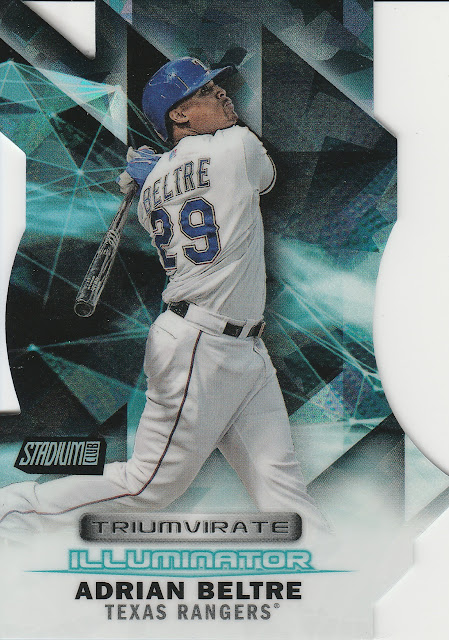 Future Hall of Famer Adrian Beltre. The Triumvirate insert is back again - the "illuminator" refers to the shiny refractor-like surface. The scan doesn't really do it justice. 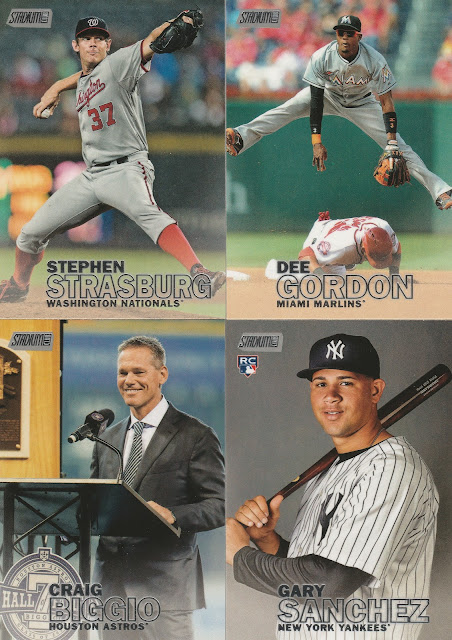 Some of the better cards in the pack - I'm guessing that cards like Biggio's will be pretty common in Stadium Club from now on - recently inducted Hall of Famers and recently retired stars (like Chipper Jones last year) standing at a podium. I actually like it, the guy isn't an active player anymore, so unless you've got a fantastic action shot that hasn't been used, why not feature them doing something else?

There's a free photo suggestion for Panini on the Adam Jones card - a great shot and just a tiny Oriole logo in the top right that you could photoshop out. I haven't played fantasy baseball in a few years, so I had no idea who Shawn Tolleson was- so it was a good thing there was solid info on the back of his card. This was probably a pretty important game that he was pitching in...

Here are the backs - I dunno, would that count as a night card? Probably not. 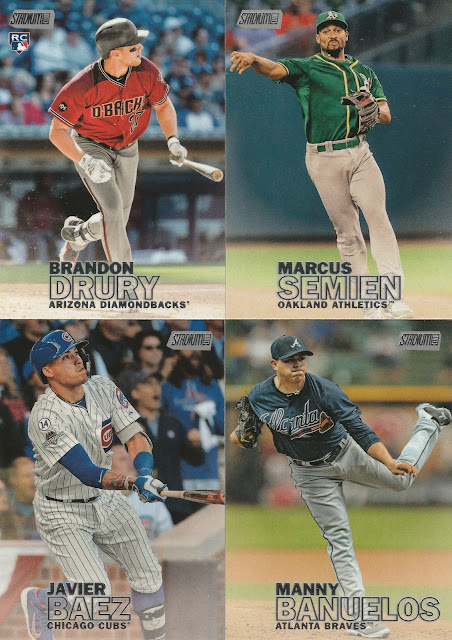 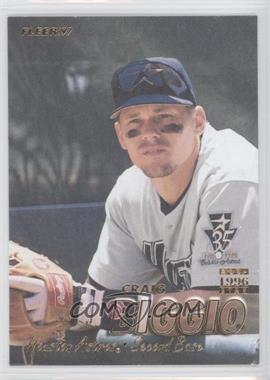 There are no new ideas, it seems... 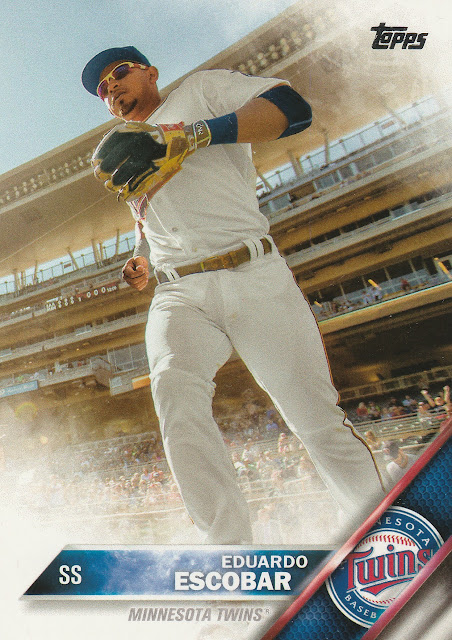 Okay, that's pretty good. I waited for about 2 weeks from the reported release date of Series 2 before finding a single pack anywhere locally. I went to four different Targets, even one (shudder) Wal-Mart - and still no luck. Finally there were some available at the Downtown Target on Tuesday. I bought a Blaster, a Fat hanging pack, and a single pack. 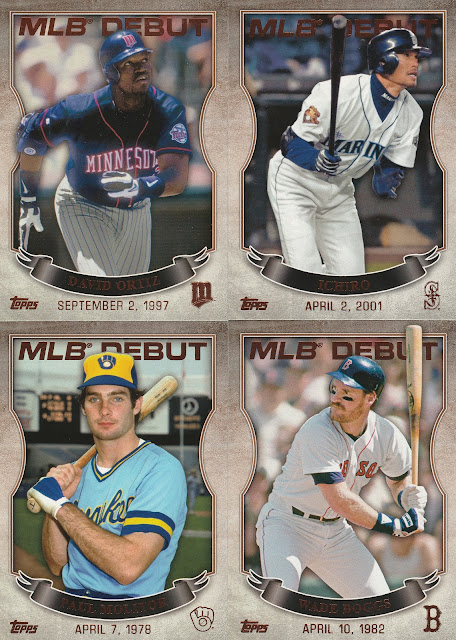 The MLB Debut insert is back, a good set of players in the cards I pulled. 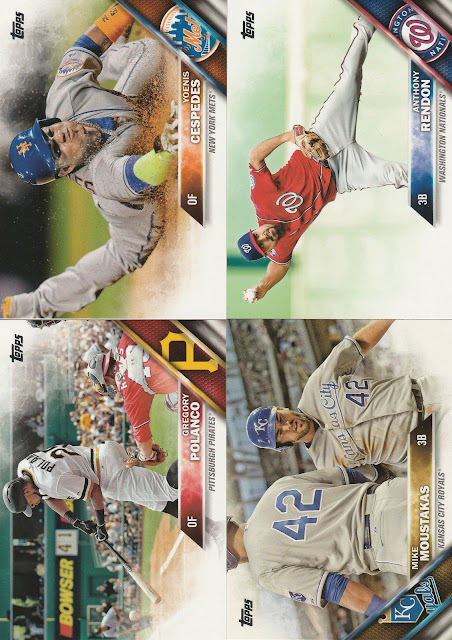 Some really nice horizontal shots in series two (these were my favorites, though a lot of the rest of them were boring.) - Jackie Robinson Day is repped on the Moustakas card, nice touch. 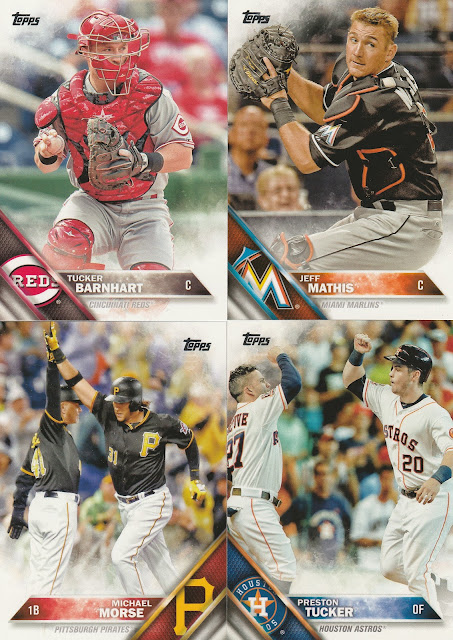 Lots of catchers, lots of celebrating- 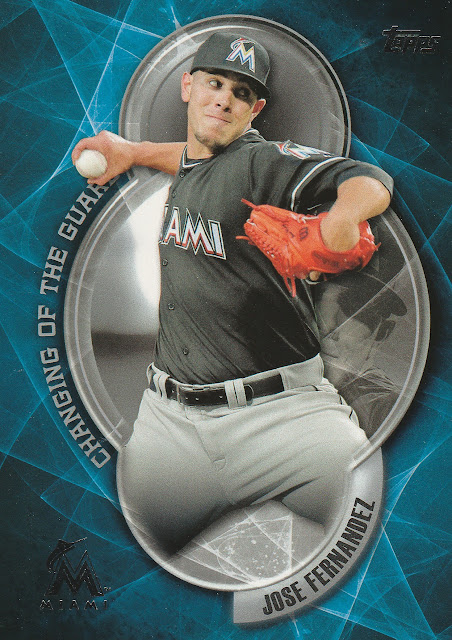 Ichiro gets his own series as he chases 3,000 hits (less than 15 to go by the time this post is printed) 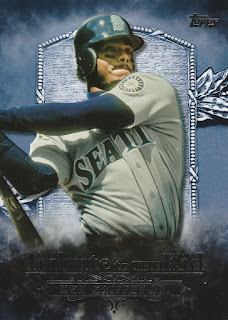 And so does Griffey - No problems with those two guys, good stuff.

But I can't help but feeling that this was all a little anti-climactic given how long I waited and searched for these packs.. But then again, Topps Stadium Club is out now (as of Friday 6/30) - how long until some packs of that show up? I'm already excited to see those in hand.
Posted by Brian at 8:30 AM 7 comments: