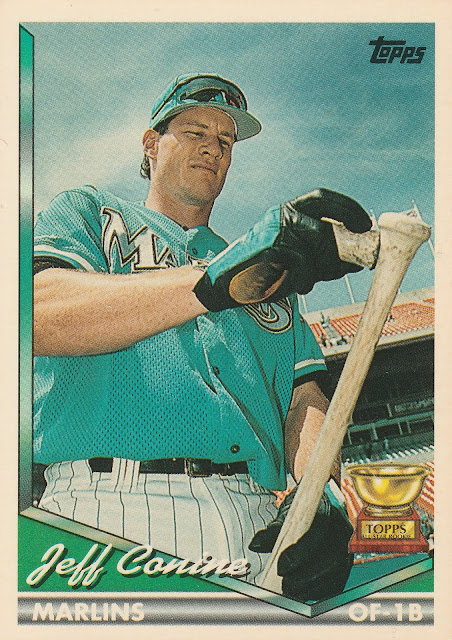 
Conine was a standout baseball player at UCLA, but as a relief pitcher. In fact, he only had one plate appearance in college (he was hit by a pitch), but his hitting prowess was an open secret. The Kansas City Royals' GM John Schuerholtz had the inside scoop from UCLA's pitching coach that the team's best hitter was actually in their bullpen. The Royals made Conine their 58th Round (!) pick in the 1987 MLB Draft. 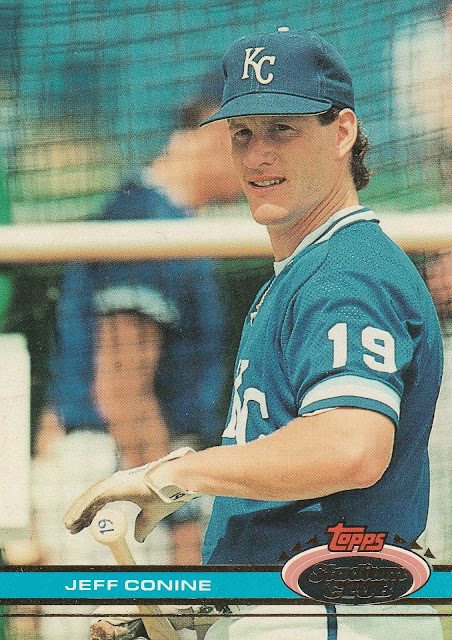 Conine would put up decent numbers in 3 minor league campaigns including hitting .320 with 15 homers for the AA Memphis Chicks in 1990, earning him a September Call-up. In 1991 injuries limited him to just 51 games at AAA, and his career was in danger of ending before it began. He came back strong in 1992, blasting 20 homers in 112 games for AAA Omaha, again returning to the majors for 1992. 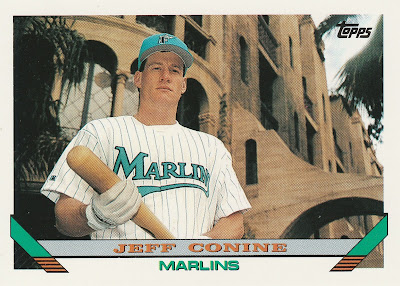 The expansion draft changed everything. Conine was about to hit his peak, the Marlins needed athletes all over the diamond. No longer waiting in the wings in KC, Conine would play in all 162 games for the Marlins in 1993. He rapped out 174 hits, 12 homers, and drove in 79 runs as a rookie, finishing 3rd in the NL Rookie of the Year voting. 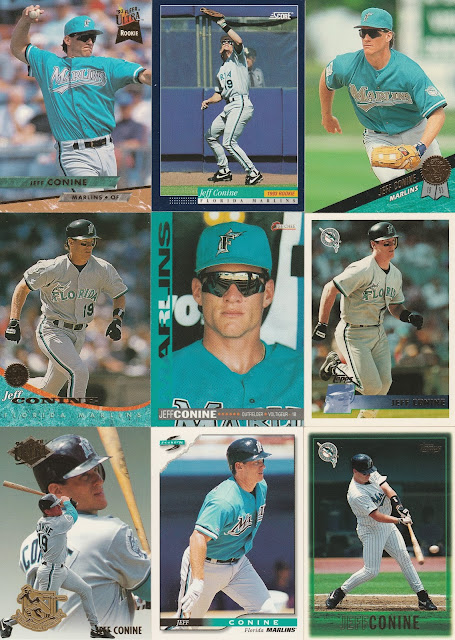 Conine would make the All-Star Team in 1994 and 1995. He would be the All-Star MVP in the second game, hitting a solo homer in the 8th inning, which would prove to be the winning run. In 1996, he had career highs in hits, runs, doubles, homers, and total bases. While Conine put up good numbers in South Florida, the team would finish no higher than 3rd, and at least 16 games out of first place in the NL East through the 1996 season. Conine experienced a lot of losing seasons and growing pains in Florida, so winning it all in 1997 was a bittersweet victory. Bittersweet because Conine was a notable casualty of the Marlins' first fire sale. 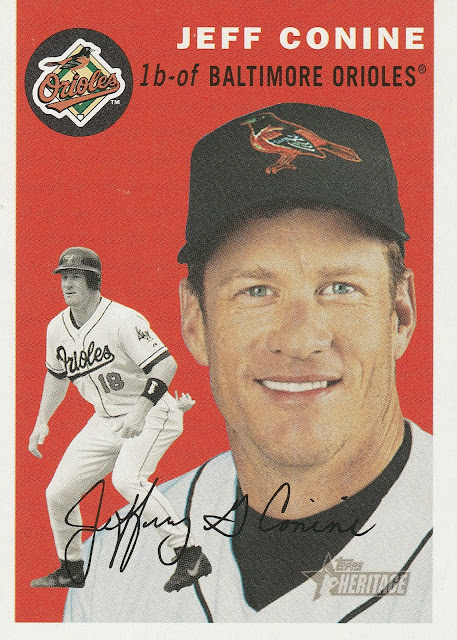 After spending a season back in Kansas City, Conine would move on to the Baltimore Orioles as the team's DH/1B and fill in corner outfielder. He would be a bit better than league average over 6 seasons with the O's, with a heavenly 777 hits. In 2003, he'd wind up back with the Marlins just in time for another post-season run. Once again the Marlins won the Wild Card, and Conine turned up the volume in the NLCS, hitting .458 with a homer against the Cubs, and a .333 mark in the World Series, scoring 4 runs against the Bronx Bombers. His 2nd title in Florida cemented his place as a Marlins legend. He would play in the bigs until 2007, with short term stops in Philly, Cincy, and with the Mets for 21 games. He signed a 1-day contract with the Marlins in 2008 to officially retire with the team.

After his playing days, Conine competed in Triathalons, and more recently had been on the Marlins' broadcast team, until Derek Jeter purged the organization of many former Marlins in favor of a clean slate. His son Griffin was a 2nd round pick by the Blue Jays in the 2018 MLB draft, as Toronto continues to stockpile next generation talent.