Underappreciated But Not Forgotten 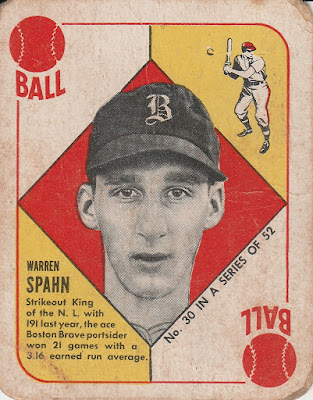 I don't have many from this set, but I feel like 1951 Topps gets overlooked. They don't fit the usual profile for Topps, they are a pretty small set, and they lack the comprehensive stats that would become a signature of Topps' later offerings. But they have a certain elegance, and the simple bold colors just look good. The cards have a real heft to them, and they were obviously built to play. 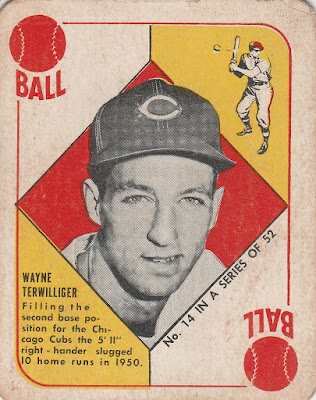 Twig looks like a baby compared to the coach I remember with the Twins in the 80s and the Saint Paul Saints after that. 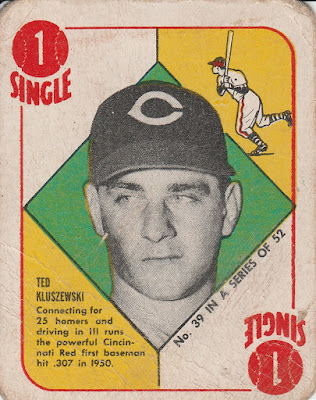 Kluszewski was still quite young here, but already a force of nature. 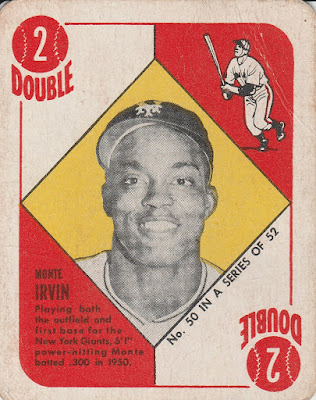 Probably my favorite of the red backs, Monte Irvin hasn't gotten nearly the coverage of Jackie or Larry Doby. He was a bit older when he made it to the big leagues, losing out because of baseball's color line. He may have been every bit as good as his teammate Willie Mays, but he was born too soon to be able to prove it. 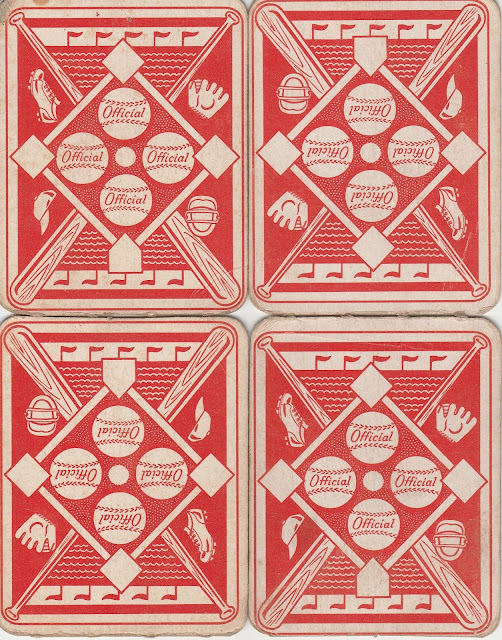 If you look closely you can see how the cards came in packs of two, joined on one edge. The perforations are still barely visible, even this long after they were torn apart.
Posted by Brian at 8:20 PM