Going Out on a High Note 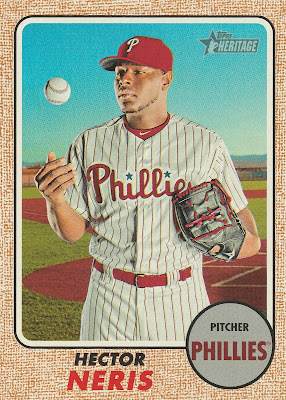 It took a couple weeks, but I finally found some of the Heritage High Numbers. The Force is strong with Hector. 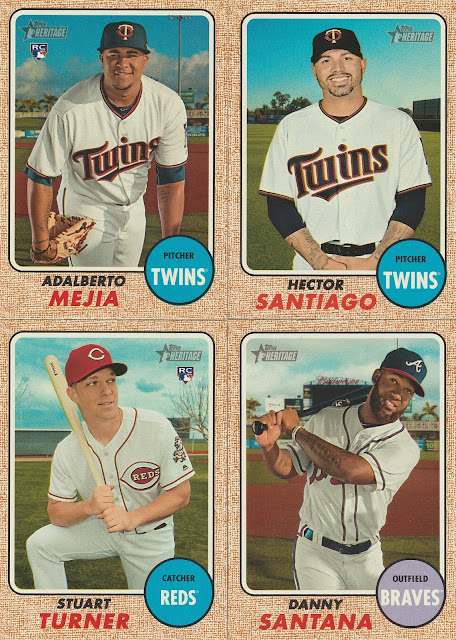 Two current and two former Twins. Turner was a Rule V draftee, and Danny Santana was traded over to Atlanta back in May. 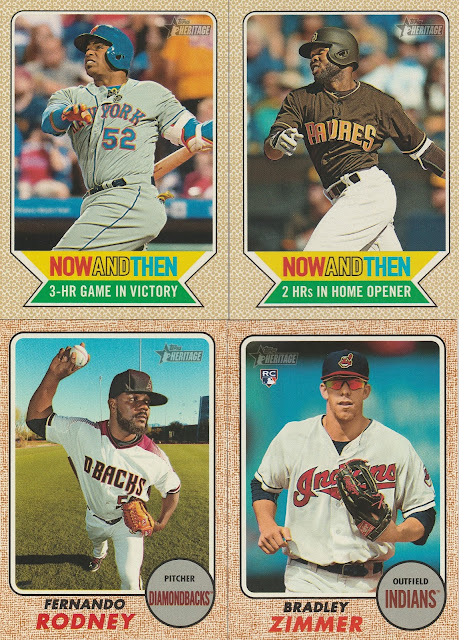 Found both of these Now and Then inserts, and they look almost identical. Fernando Rodney is the king of cool and Zimmer is rocking the shades. 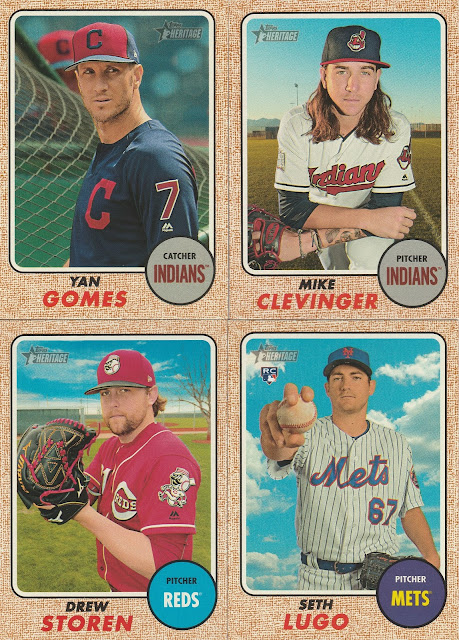 Despite the rivalry with the Twins, I can honestly say that Cleveland had some of the better cards this time around. I am a big fan of the Reds mascot, Mr. Redlegs. He looks psychotic. 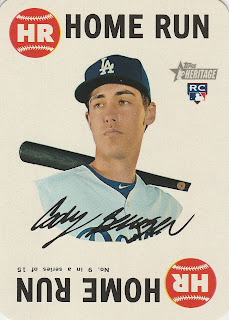 The "best" pull in the packs - a Cody Bellinger insert. I think I'll hold onto this one for a little while.
Posted by Brian at 5:00 PM