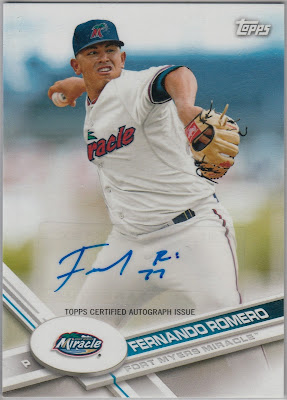 The Twins called up Felix Jorge from AA Chattanooga to get a spot start against Kansas City this weekend. He's pitched well for the Lookouts, with an ERA of 3.26 and a decent walk rate of just 2.3 walks per 9 innings.


But the guy I want to talk about is Fernando Romero - I just received the card above from an eBay auction, and I'm trying to stay ahead of the game on his cards, I think he's going to be great. 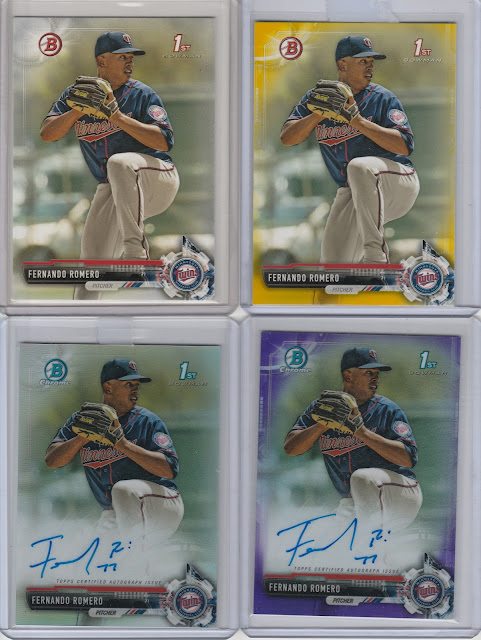 Romero was promoted to AA to start this season, and in his last 6 starts he's 5-0, pitching into the 6th inning in each start. He's struck out 39 batters in that stretch against just 12 walks. In his last start he struck 6 in 7 shutout innings against the Pennsacola Blue Wahoos, which is Cincinnati's AA affiliate.

Romero is on the 40 Man, and should be in line for either a September call-up or a 2018 mid season audition similar to Jorge's shot this weekend.
Posted by Brian at 4:40 PM