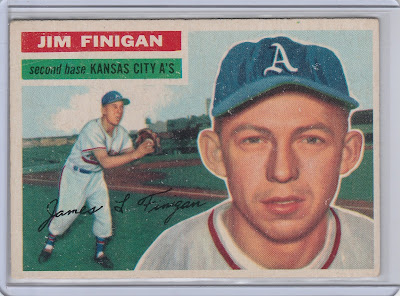 This set chase is really heating up - I wanted to get the two remaining commons checked off the list, so I went over to COMC and picked them up as cheaply as I could! 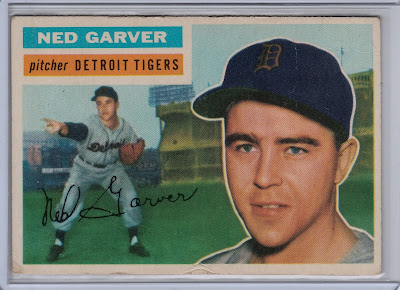 I will be pickier with condition on 4 of the last 5 cards (Mantle is not going to be a card I worry about creases or corner wear), but these two I was mostly interested in getting into the binder. 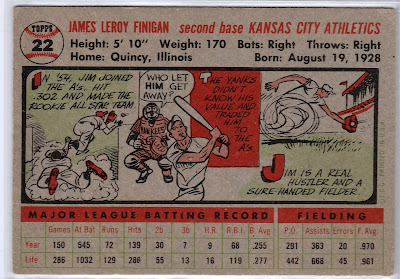 20 errors in one season seems like a lot for a "Sure-Handed Fielder," but I'm guessing he had a good reputation in the league - he made the All-Star team for the second year in a row in 1955. He had league leading 25 errors in 1954, so I guess this was an improvement!

One crazy coincidence of adding these two cards now - in the offseason after 1956, Finigan was traded to the Tigers for Ned Garver! 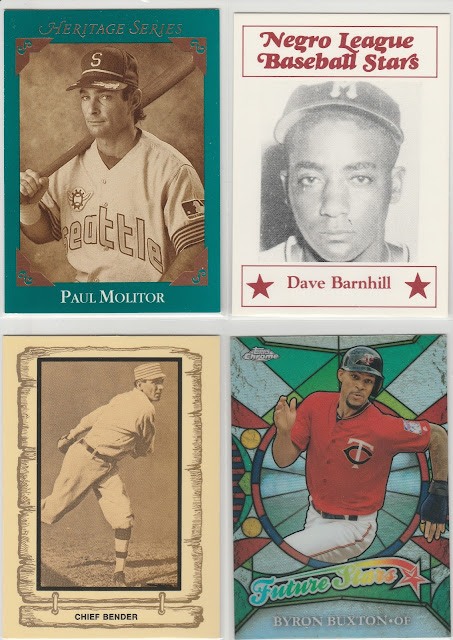 Since it is COMC, I also went looking for more trouble and found some cheap thrills.
Posted by Brian at 6:01 PM