I would say that in general, the Triple Breaks I've had with Kevin (The Card Papoy) and Matthew (Bob Walk the Plank) have been pretty good. Usually there's been a nice hit or two for everyone during a round of breaks. This time, I feel like I found a mediocre middle ground - see if you agree. 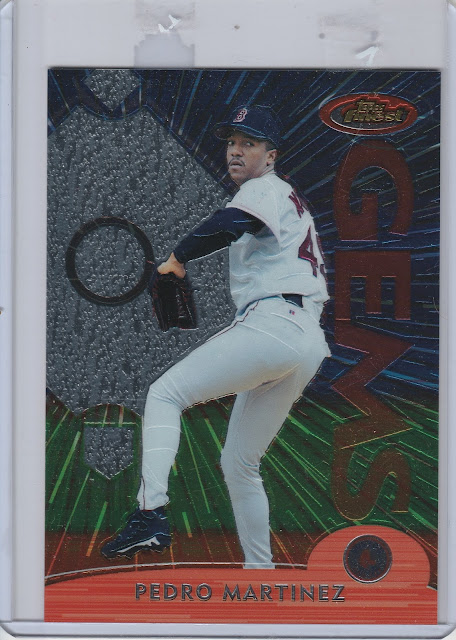 The Box Topper - Sweet! Pedro in his Prime. Kevin had the AL East, so this 4" by 6" card is headed to France. 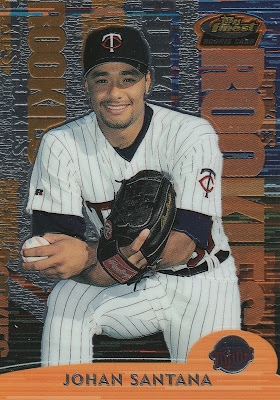 The reason I wanted to break this particular box is selfishly, I wanted to pull a Johan rookie, so I got my wish. 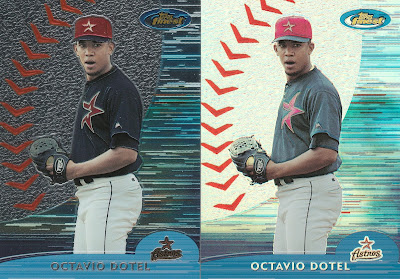 Here was the one refractor in the box, Octavio Dotel - Can you tell the refractor from the base card? It looks pretty good in person. 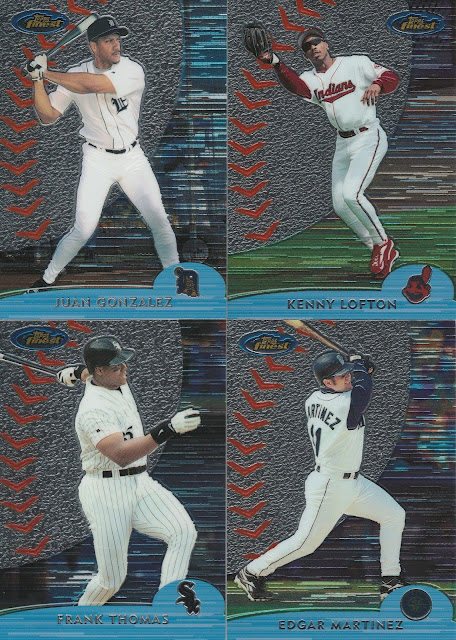 Here is a random sampling of the other guys from series 2 - I am keeping the AL Central and the AL West in this break, the rest go out to Kevin and Matthew. 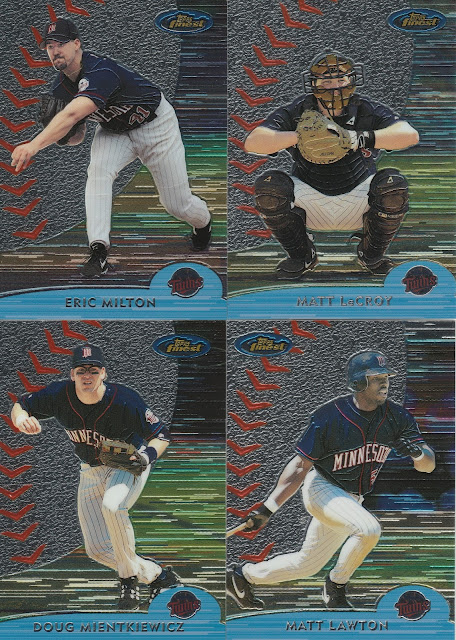 And of course, the rest of the Twins

Second box, 2004 Bowman Draft Picks and Prospects. Here is a situation where I feel like I failed in my research. I wasn't collecting in 2004, so I didn't know for sure what was in this box, I just knew that they would for the most part be new to me. 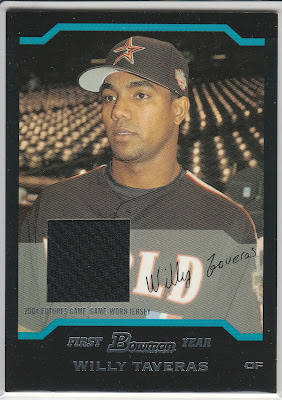 Willy Taveras is a Topps Rookie Cup Winner, so I didn't mind pulling this one. 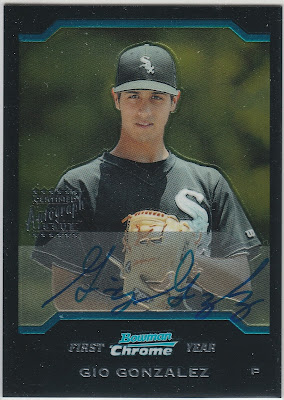 The only autograph pulled from either box - not too shabby, Gio is still in the majors, and is considered an anchor in the rotation. 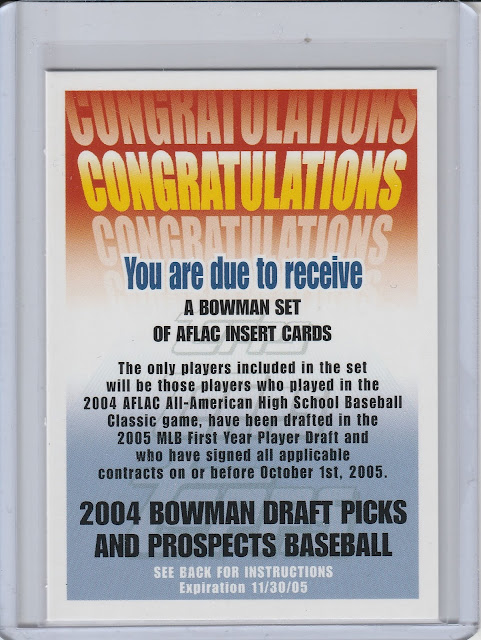 Oh, bummer. This is the research I was talking about. I thought the Aflac cards were inserts in the packs, not redemption only. I thought the redemption was just the autographed versions. I was hoping to pull a chrome refractor of the  Andrew McCutchen rookie for Matthew, but it turns out this was not to be... 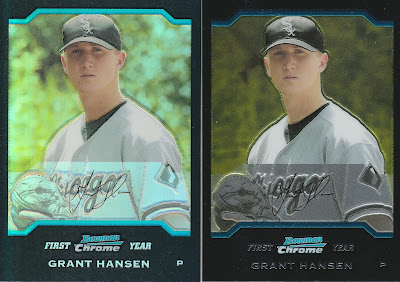 Here's the refractor I did pull... 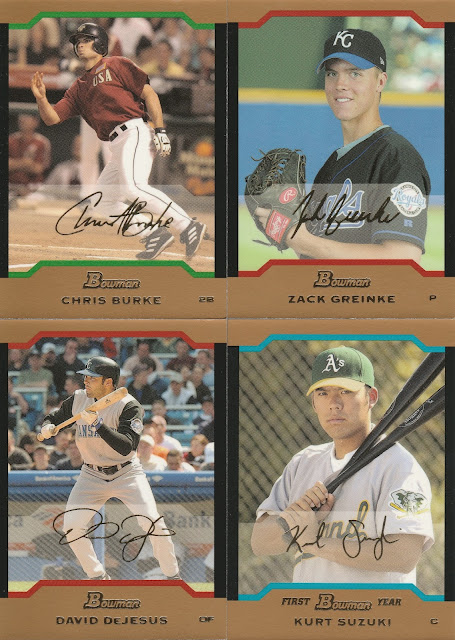 There were these chunky Gold variations, but the backs are peeling off, I guess spending over a decade in storage was too much to bear. 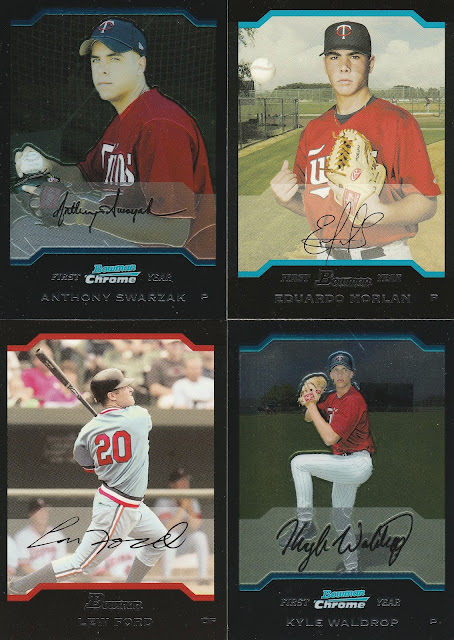 Some Twins, the Lew Ford throwback jersey card is awesome! 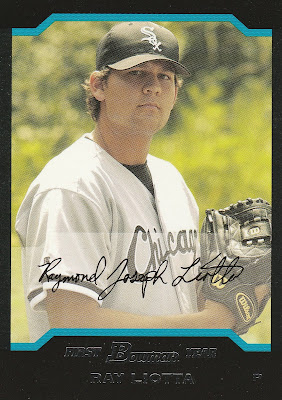 and, finally, Ray Liotta for some reason. 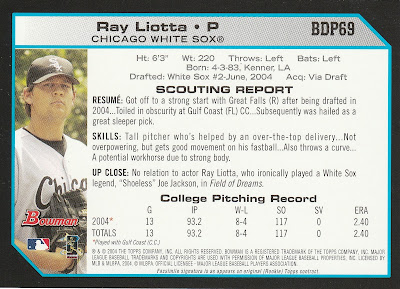 Oh, not related? That's too bad.

Overall, I give this break a C- Could have been worse, but if I had known that the Cutch rookie was impossible I would have picked something else to go with the Topps Finest.

What do you think?