Santa Claus, You're All Right. 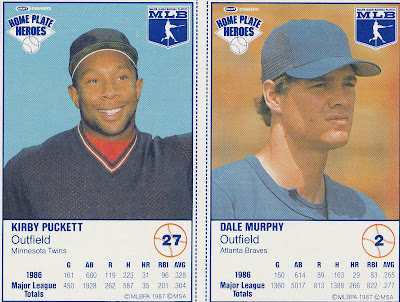 Santa Claus sent me some awesome cards! Matthew of Bob Walk the Plank set up a Secret Santa program this year, and it looks like it's been a resounding success. I am pretty sure I know the Secret Santa, but I won't spoil it for the rest of you. 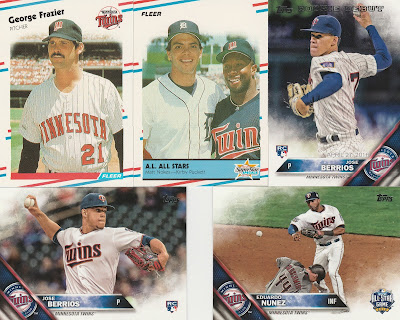 Things start out with some Twins- I'd been trying to get that Nunez since it came out (no really) at card shows and shops, but locally the selection has been pretty slim.

Santa knew just what I was wishing for -these three were all on my list! 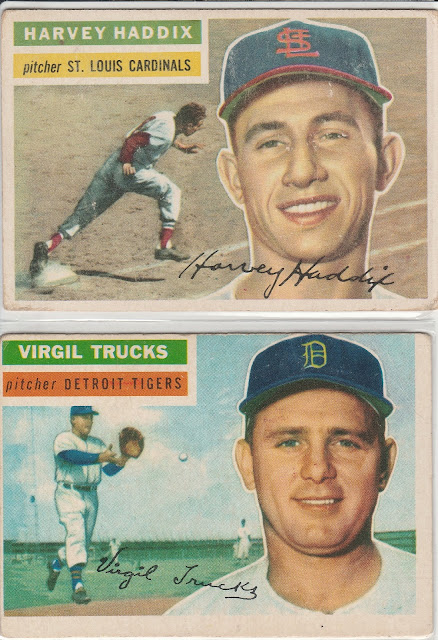 Two more needed 56s and I was already wishing I left out a bigger plate of cookies. 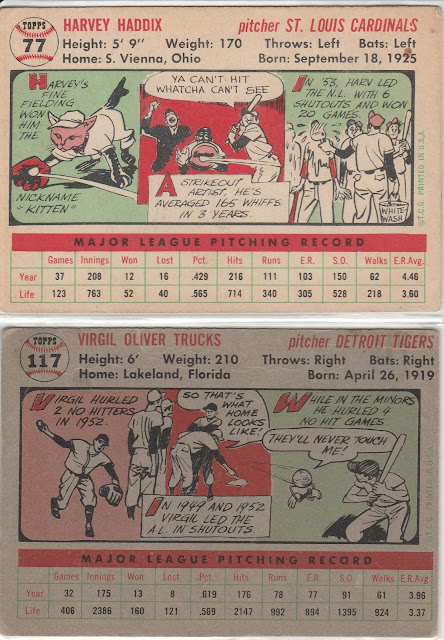 I had to share the backs of both of these guys, some of the best Comic strips in the set. 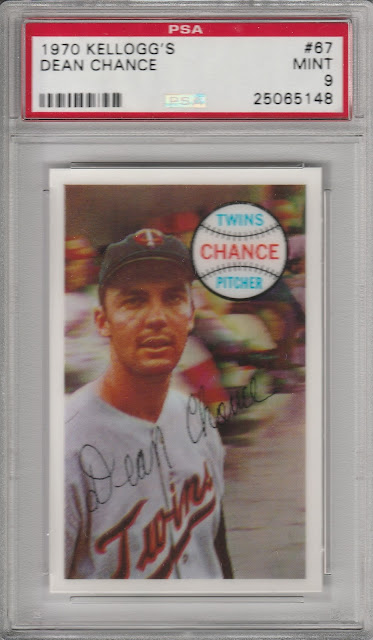 AHA! An Arbitrary Eight guy. I think I will keep Dean Chance in his protective case - it's by far the nicest Kellogg's card I've ever seen in person, part of me thinks that if I jailbreak it, it will immediately curl itself up into a tube shape, cracking like a bowl of Rice Krispies all the way - so this one's gonna stay right there.