If I mention the name of his blog, do I jinx it? Tom from Peoria sent over a #supertrade extravaganza. 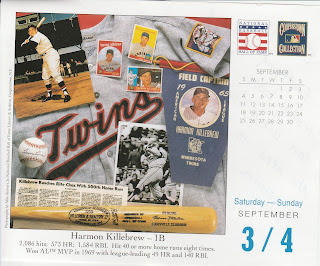 He mentioned in the note (written on the back of that calendar page) that he was emptying out his trade box, which is A-OK in my book. 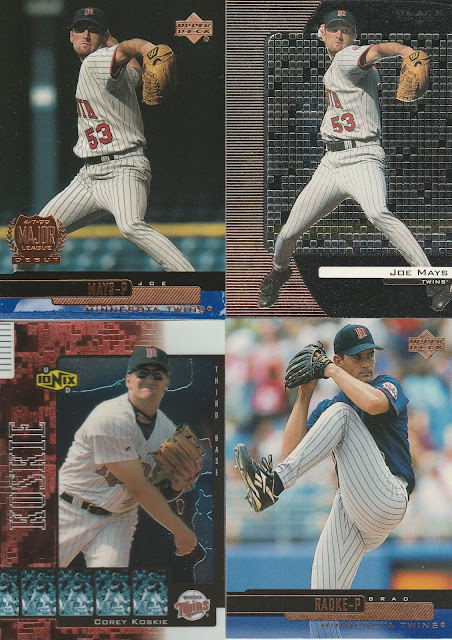 Joe Mays started an unfortunate trend in Minnesota of giving pitchers multi-year extensions after one good season. Twins fans can probably reel off several names of those bad contracts. But Mays did have probably the best season of the group, he just couldn't repeat it. 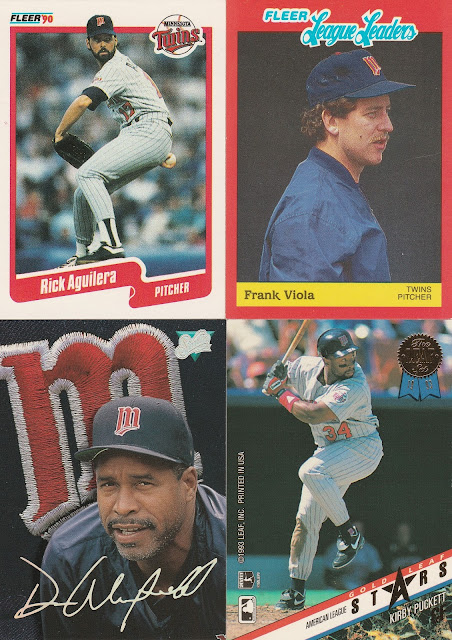 I remember pulling a Gold Leaf Stars after opening 15 packs of Leaf over the course of several weeks. Inserts used to be a cause for celebration! 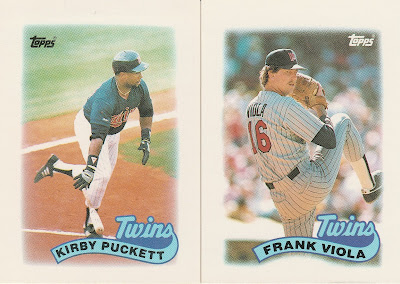 Minis! These were both new to me. 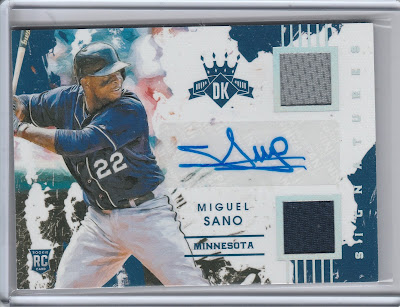 Tom delivered a big hit as well! This relic/Auto combo is numbered to /299. A very cool card!

Thanks very much Tom! Without directly saying anything, I hope things go well for your preferred sports team in that "thing" they are playing in this week.
Posted by Brian at 8:30 AM