I decided towards the end of this year that I really ought to update and expand the players I collect, or my pack buying days will be numbered. There are very few current players that are currently in my collection, and almost none of them play for any team other than the Twins. 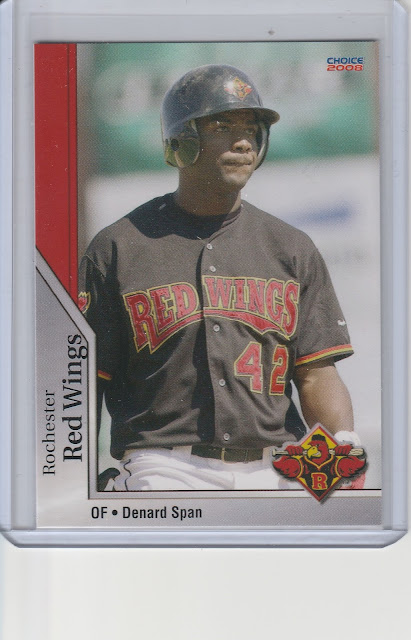 We call these "baby steps." Denard Span was a favorite player of mine when he played for the Twins. 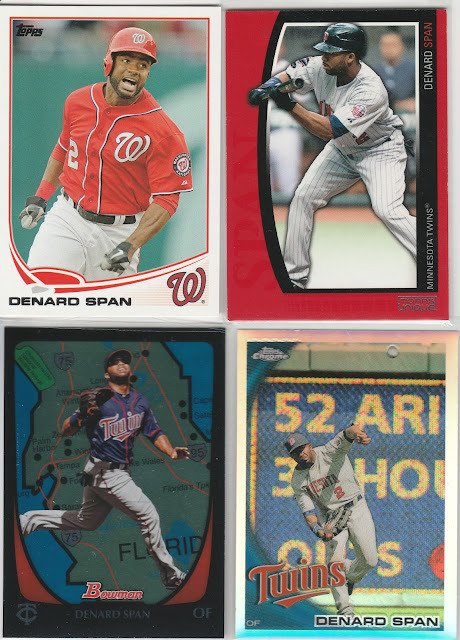 He was traded in the offseason before 2013 for Alex Meyer - That trade didn't really work out so hot for the Twins, but I would still defend it as a move they needed to make - trade from a position of depth for a position of need. 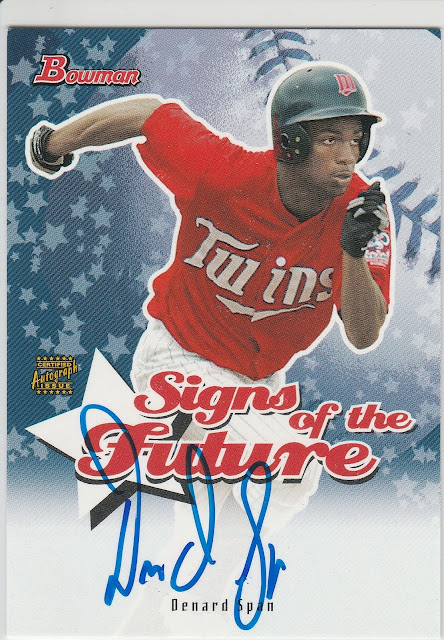 So far my Denard Span Collection is almost exclusively Twins cards, but I'll be looking to branch out. Now that he's a wily veteran with a salt and pepper beard, but it was not so long ago he was drafted to become the heir apparent in Center Field, taking over for Torii Hunter and providing another link in the chain going back to Kirby Puckett as a star in the middle of the Twins' outfield. That job now falls to Byron Buxton, but I wonder what could have been if Span (or even Ben Revere!) had been here to pass the torch..

If you've got Washington Denards or San Francisco Denards, send them on over!
Posted by Brian at 8:30 AM