The Break That Walked The Plank 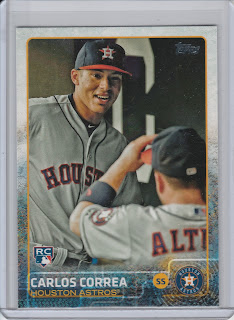 The big hit from my portion of the Triple Break with Matt of Bob Walk the Plank and Kevin of The Card Papoy was this Carlos Correa photo Variation. 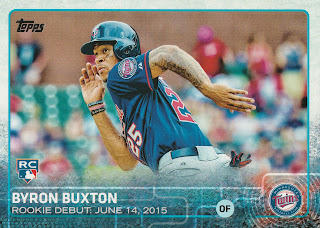 Buxton's injuries and late call up means he's technically still a rookie in 2016 - Hoping he gets every opportunity to develop as a major league star.

Twins Greats of the past, present, and future ???

Some inserts and my favorite base card - I dig the stripey socks. 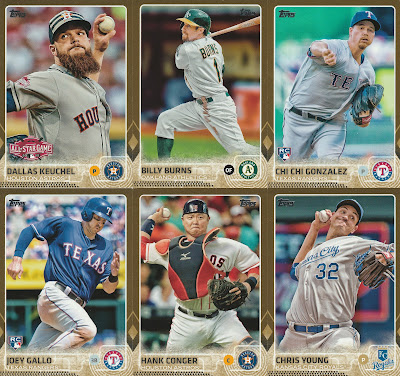 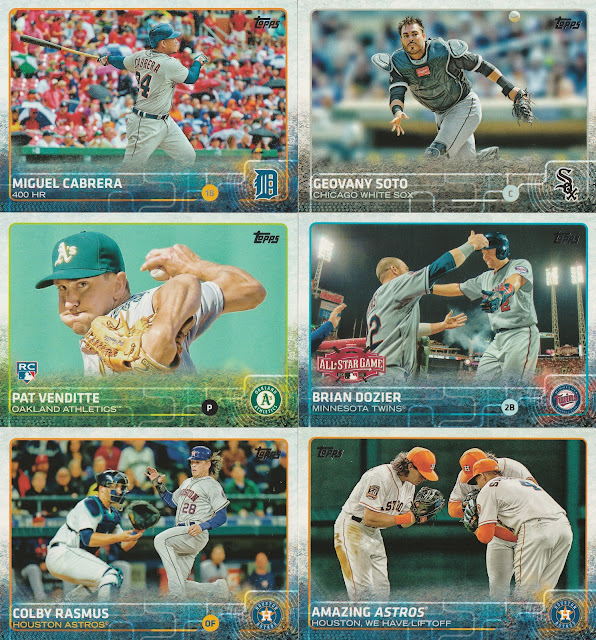 Some fantastic photos from 2015 Update.

This was Matt's break, and he supplemented Topps Update with some more cool stuff! 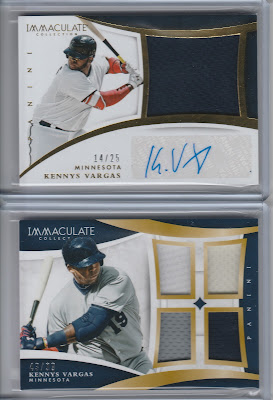 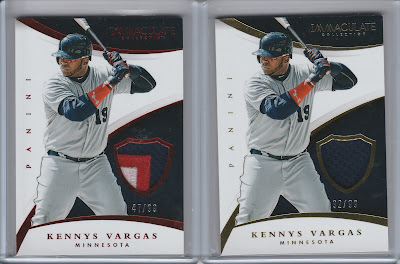 If the Twins were any good after Kirby Puckett retired in the late 90s I wouldn't have become a fan of these guys.

Thanks as always for the Break, looking forward to continuing the tradition in 2016!!
Posted by Brian at 7:30 AM