A buddy of mine knows I collect cardboard and gave me a huge grocery bag full of those little plastic baggies full of cards from thrift stores. There was a lot of junk, a lot of cards in poor condition, a lot of doubles, but there are always gems! Here are some of those finds: 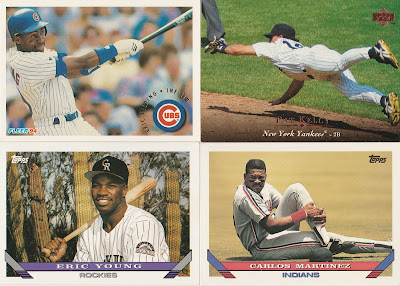 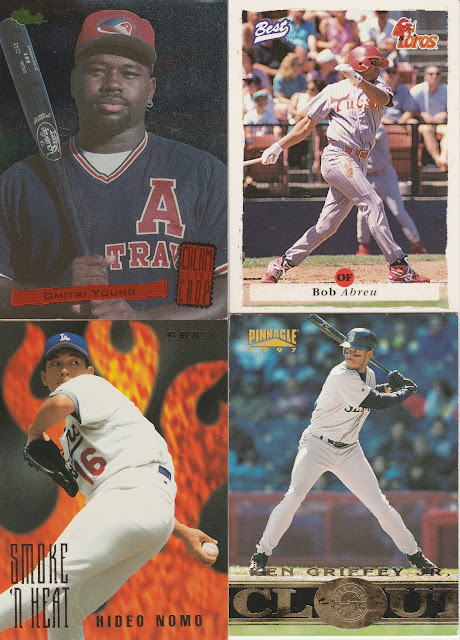 Minor league cards of major leaguers - I have a soft spot for Dmitri Young cards because I know he has been a serious collector in his own right. These two on the bottom were the only inserts to be found.

A pitcher at the plate, and a couple of bat rack shots- I really dig the Steve Stone card - it was the oldest card in the batch. 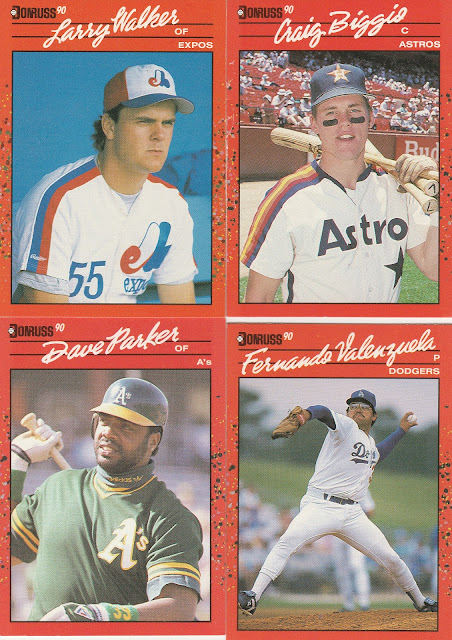 There was a Huge stack of 1990 Donruss - these were the most exciting cards in the bunch. 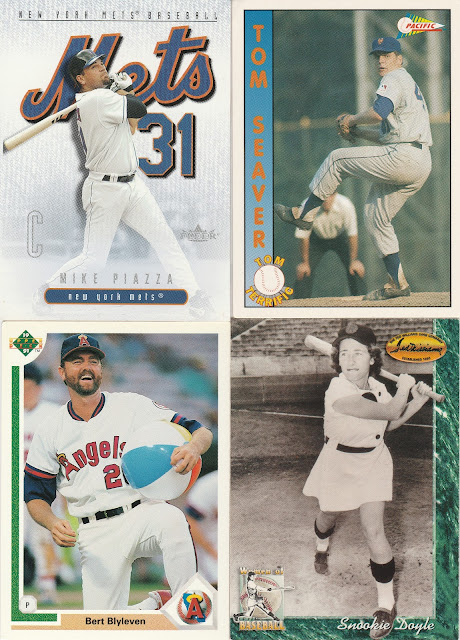 A few oddballs (plus Bert) 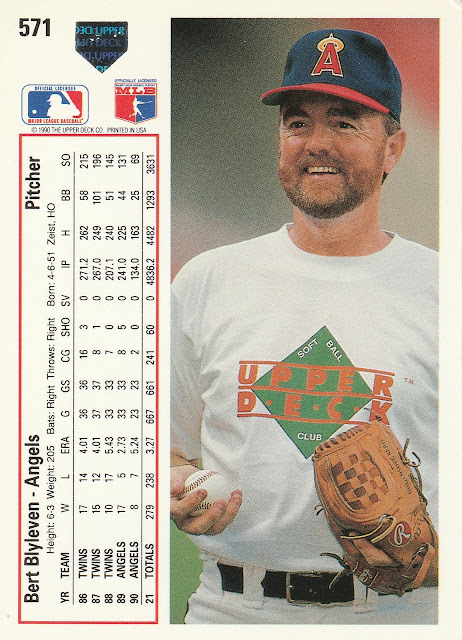 I actually didn't have this card before... Not my favorite Blyleven T-shirt. It reminds me of the product placement scene in Wayne's World, though, so I can't be mad. 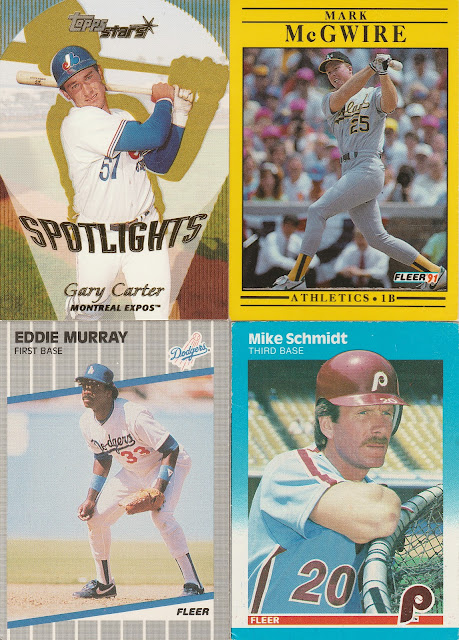 McGwire is interesting because he's not wearing a helmet... possibly a Home Run Derby shot? Check out the suits sitting in the background... 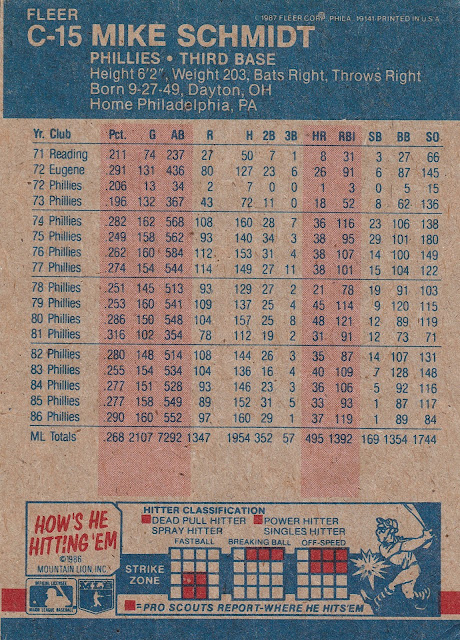 The Schmidt card is cool because it is a Box Bottom card - did not expect to see that!

There was also a lot of this: 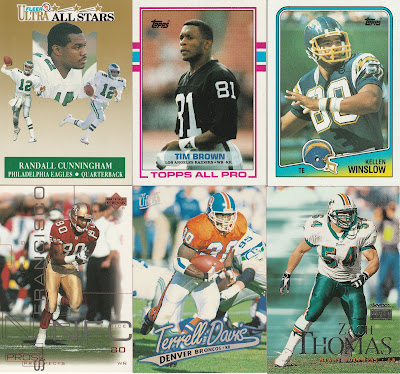 Do you collect Football? Maybe I can unload, ahem, gift to you some Gridiron greats. I plan on sending Falcons to Jeff, and the 6 shown above I might actually keep, but if you've got a team you collect I should have some free cards to send your way!

Overall, there was a ton of junk, but that just made the gems more fun!