Can anyone stop this train? No! Page Seven of the "At The Bat Rack" Frankenset is here. 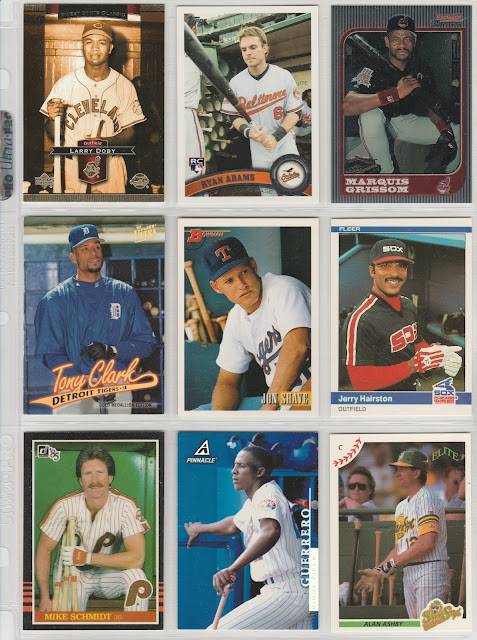 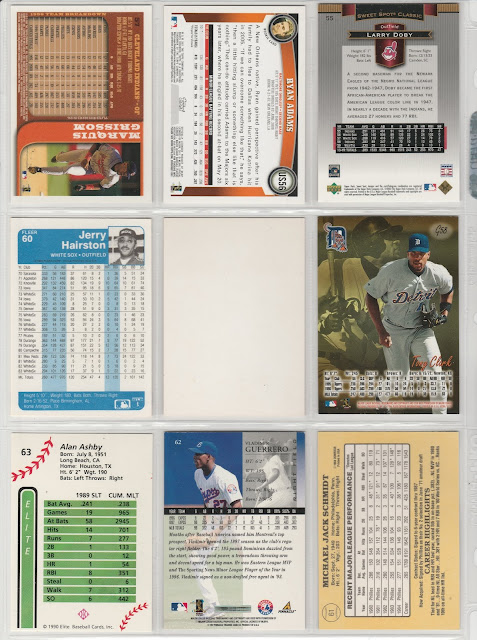 Oh yeah, it's getting weird now. 3 hall of famers, a Senior League card, and a blank back. by the way, I would very much prefer the regular 1993 Bowman issue of card #59, so if there are any Rangers or Bowman or Jon Shave superfans out there that want to swap, I will send you the "harder to find" blank back version for the regular one.

I really like the Mike Schmidt card, it might be a stretch for this frankenset, but I am making up the rules as I go along, so sometimes the player brings their own "bat rack" by carrying around a pile of lumber. I'm nearly done with page eight as well, but it's also fairly lopsided with a particular team, so I might try to find some alternates before posting that one.