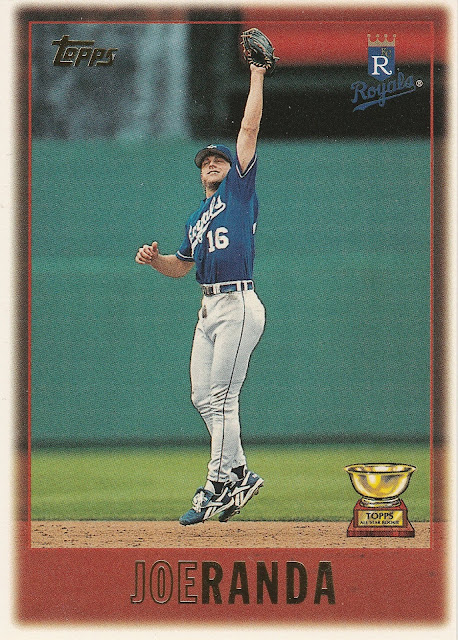 Hitting over .300 with 20+ doubles and 10+ steals will get you most of the way towards a spot on the Topps All-Star Rookie roster. throw in some good defense and a successful minor league track record and you are nearly a lock! 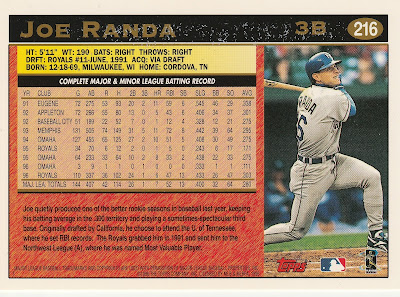 Joe Randa did all of that in his first full MLB season as the Kansas City Royals' primary 3rd baseman. George Brett had now been retired for a few years and long since moved over from 3rd to 1st (and DH), so a new hotshot at the hot corner was a welcome sight indeed. His .303 batting average in 1996 was best on the team among the regular starters. 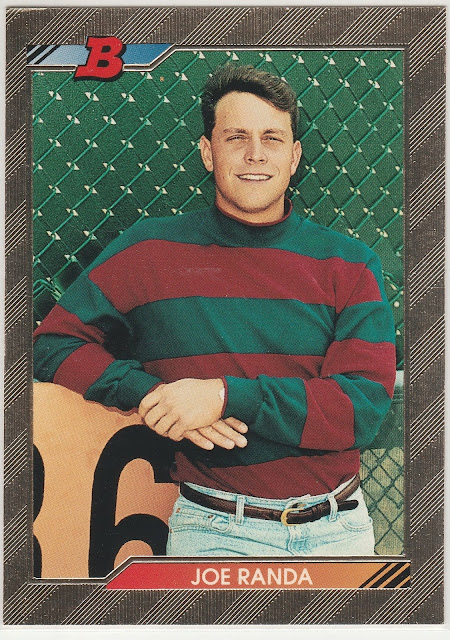 Randa was drafted first by the Angels out of high school, but Volunteered to go to the University of Tennessee instead. After setting RBI records with the school, the Royals made him an 11th Round pick in 1991. He turned out to be more than ready for professional baseball, becoming the Northwest League Player of the Year, suiting up for the Eugene Emeralds. Throughout his minor league climb, Randa hit for average and flashed speed and power on occasion to go with solid defense at third. 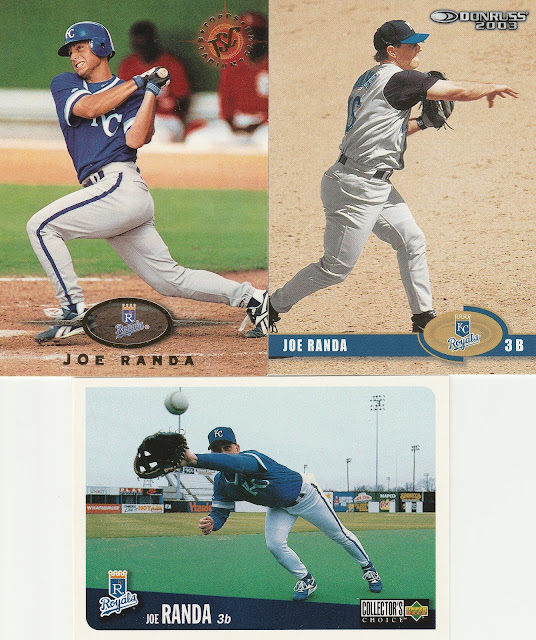 His Royals career spanned 8 seasons, broken up by a pair of years with other organizations in the late 90s. Randa earned the nickname "The Joker" because he was often seen sporting a wry, mischievous grin.  Tony Muser's explanation was that it was just his resting face. Ok Tony. He did have plenty to smile about as a Royal however, including his two most productive MLB seasons in 1999 and 2000. In '99 Randa hit .314 and 16 homers, then followed it up by driving in over 100 runs for the only time in his career. Over 1,000 of his career hits came in a Royals uni. In 2004 he became just the 3rd player in Royals history to get 6 hits in a game. He also ended up scoring 6 runs in the contest. 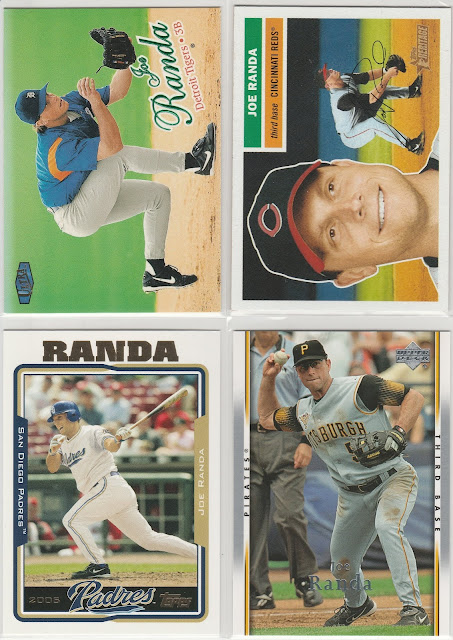 His career also included a Grover Cleveland-esque non consecutive 2 year stint in Pittsburgh (1997 and 2006), and stops in Detroit, Cincinnati, and San Diego. He was very briefly an Arizona Diamondback (drafted in the expansion draft, then traded to the Tigers for Travis Fryman), and a New York Met (acquired on Dec 4th for Willie Blair, then traded to KC on Dec 10th for Juan LeBron - maybe the Mets confused him for Carlos Beltran just like Topps did?). His Reds tenure was also short lived, but memorable. He hit the first Opening Day walk-off homer in Reds history, and followed that with a 6 RBI encore in game 2 of the opening series in 2005. Between Cincy and San Diego that season, he belted a career high 17 homers. San Diego also provided him with his only playoff experience, hitting .364 in three games. His final stop in Pittsburgh saw his production and playing time decline, so he called it a career following the season. He retired with more base hits than games played, and over 700 career RBI. 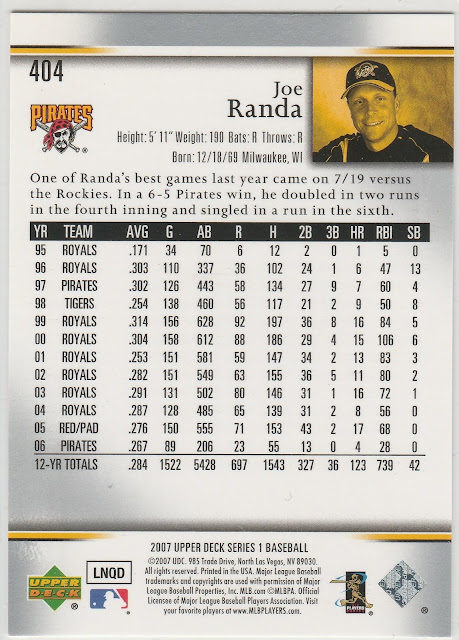