The Completely Arbitrary Best Card of 2016 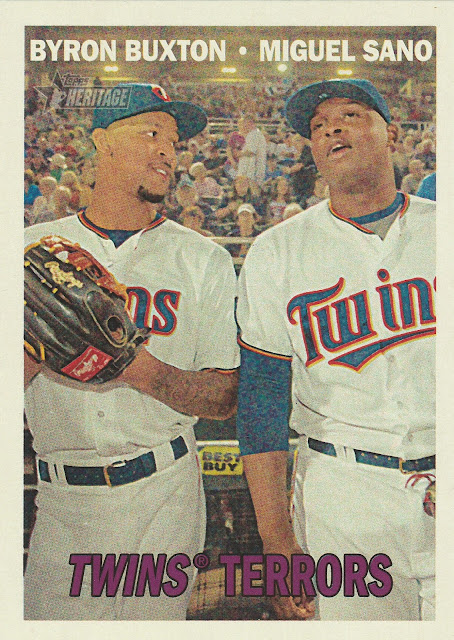 Oh, it was all build up - that other post about the Highly Subjective "Best" cards of 2016? See, This card above is the true winner, in completely arbitrary fashion. The Card has a history - you can see the 1967 Topps card that inspired the makers of Topps Heritage: 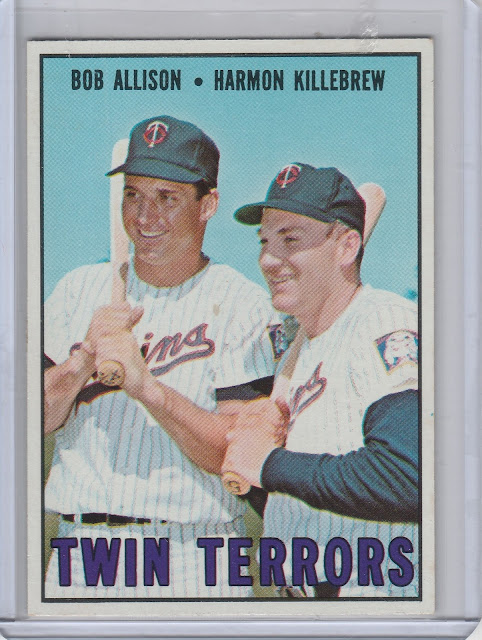 The 1967 card has a "behind the scenes at Topps" feel. Bob Allison and Harmon Killebrew appear to be posing for a different photographer to the left of the image. The 2016 version has the same off camera gaze, however Buxton and Sano seem to be interested in action taking place on the field of play. The new card seems to be capturing a candid moment of players at the top step of the dugout.

I could have picked this card, or any of the dozen or so cards from my top "10" list, but it can be so hard to pick just one favorite!

This post was inspired by the contest being run by P-Town Tom on his blog Eamus Catuli!(formerly known as Waiting Til Next Year). It's been great to see everyone else's choices, and there's still a couple days left to add yours!
Posted by Brian at 6:25 PM