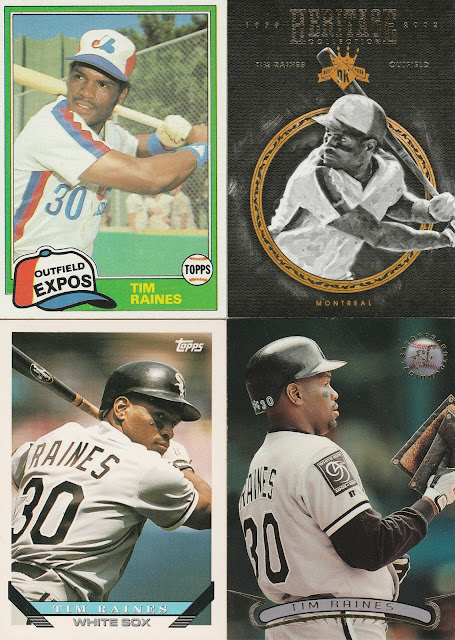 A long time coming for Tim Raines, on his final year on the ballot, finally getting the call to Cooperstown. Only 3 players in MLB history hit over 100 homers, 400 doubles, 100 Triples, Stole 500 bases and had an on base percentage of .380 or higher - Ty Cobb, Honus Wagner, and Tim Raines. "Rock"
is still the only White Sox player to steal 50+ bases and score 100 runs in a season. He is a 2 time World Series champion with the Yankees in 1996 and 1998. He stole bases in 4 different decades! 70s, 80s, 90s, and 00s. He shared the outfield with his son Tim Raines, Jr. in Baltimore in 2001. His MLB debut was a pinch running appearance for fellow Hall of Famer Gary Carter. 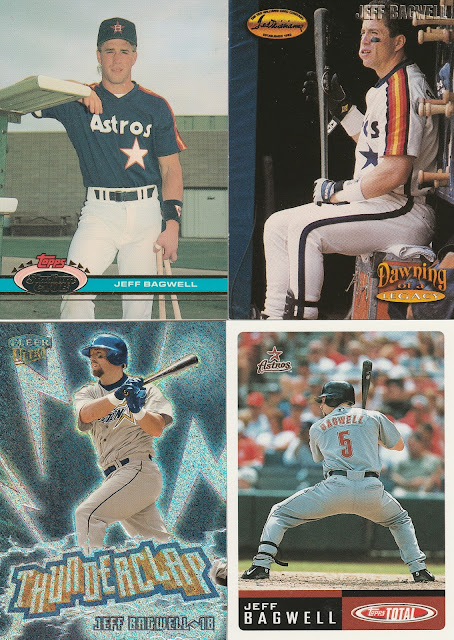 Jeff Bagwell had to sweat it out for several years like Raines, but was finally rightfully elected to the Hall. He ranks 4th among first baseman in WAR since 1900, behind only Jimmie Foxx, Albert Pujols, and Lou Gehrig. While he fell short of the 3000 hit and 500 homer plateaus, he is top 50 all-time in Extra Base Hits, Walks, Home Runs, Hit by Pitch, Sac flies. He lead the league in Runs Scored 3 times. He was the Rookie of the Year in 1991, and the NL MVP in 1994. He shares a birthday with the 1994 AL MVP, fellow Hall of Famer Frank Thomas. Bagwell DESTROYED left handed pitching. In his MVP season, he hit for a .457 / .544 / 1.095 triple slash with 18 homers and only 9 strikeouts. He had the 4th highest OPS+ in the 1990s, behind Bonds, McGwire, and Frank Thomas. 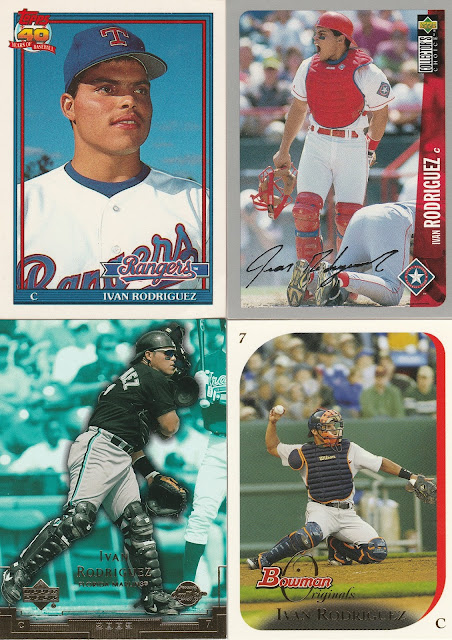 The only first-ballot election of 2017, Ivan Rodriguez. His MLB debut in 1991 was against the Chicago White Sox, facing fellow "Pudge" and fellow Hall of Famer Carlton Fisk. He and Fisk are the only two catchers in MLB history with over 300 homers and 100 stolen bases. He was a World Champion in 2003 with the Marlins, and helped the Detroit Tigers to play in the Series in 2005. Rodriguez was a 13 time Gold Glove winner and 14 time All-Star. He was the MVP in 1999, leading the league in Double Plays Grounded into.... but he was also able to throw out a league leading 55% of would-be base stealers. Known for his strong arm and excellent defense, he was also a consistent hitter for his entire career.

Congrats to all the new inductees!
Posted by Brian at 7:13 PM