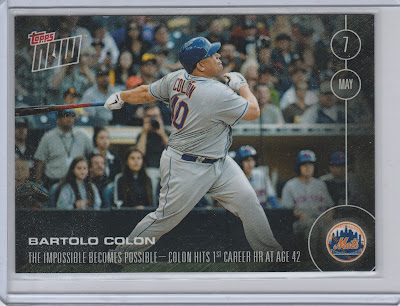 Remember those Topps Now tears I talked about? Let's get those out of the way, shall we? Big Bart was the first time I went after a Topps Now Card. I ordered it direct from Topps, and I think a lot of people stopped there as it was by far the biggest seller of the year. 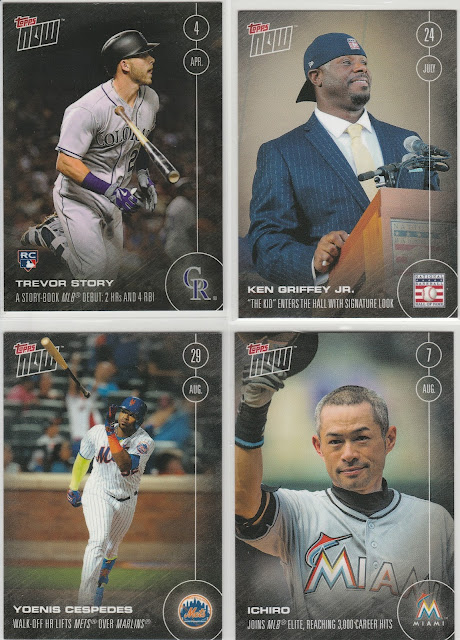 But not me! I decided that I was going all in on Topps Now - which for me meant going after all the cards I personally wanted the most - I ordered Ichiro direct from Topps as well, the others I had to find on eBay. I couldn't let a sweet bat flip pass me by! 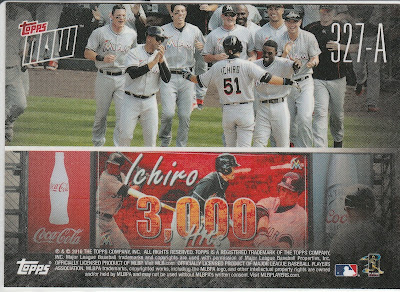 Here's the back of the Ichiro card, one of the few times the cards had something other than text on the back. 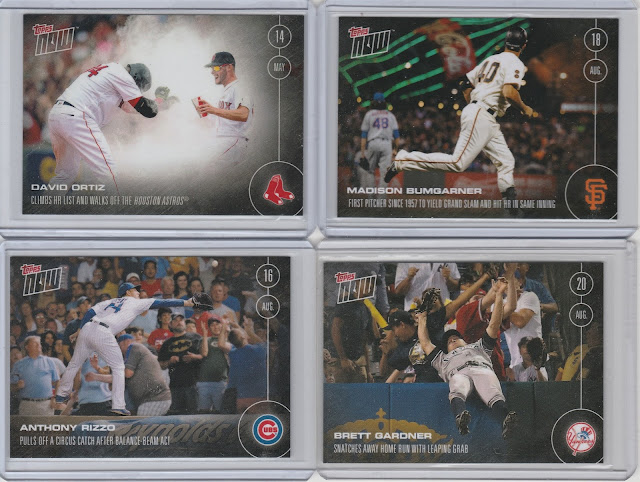 I am sucker. Plain and simple - but you know what? I don't regret any of these. Now that I figured out that I could get these cheaper if I ordered on eBay the same day they were released, I felt like I could justify the expense. At least a little bit. These are all great photos! I bet that at least two of these end up on regular issue cards in 2017, which makes me think I might regret paying for these in 2016... 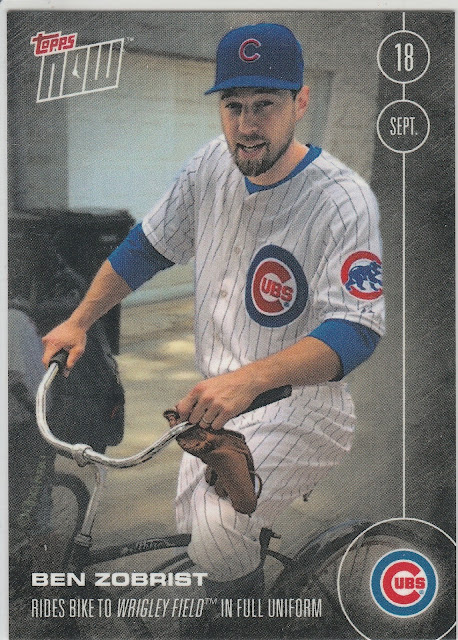 This one was stupid. I got it because it was stupid, like why would they make this into a card? Sorry to those bloggers out there that hate this card.

And of course I had to chase the hometown Twins. 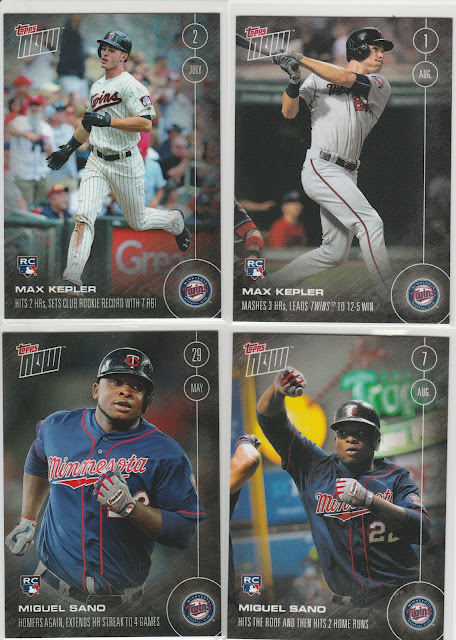 Max Kepler had several highlights in his rookie season, Sano had a bunch too. It was a lucky guess by Topps to release a card after Sano's 4th game in a row hitting a home run, and then not having the Gary Sanchez effect, in which the streak kept going and the cards kept coming - probably a bittersweet victory for Yankees collectors. 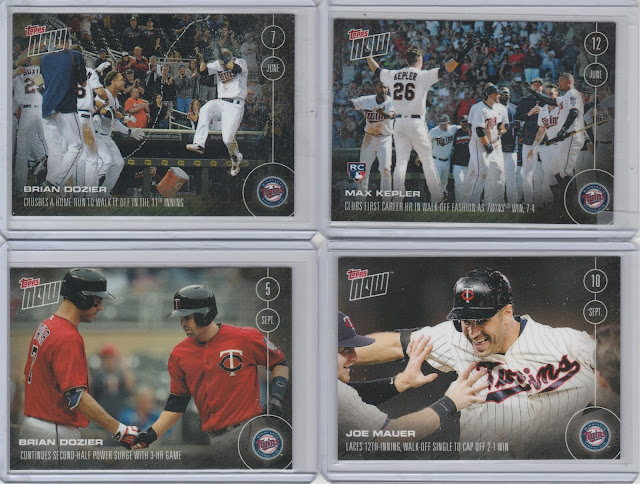 Mauer actually had two walk off wins in 2016, but apparently Topps didn't think a Walk Off Walk was exciting enough for its own card... 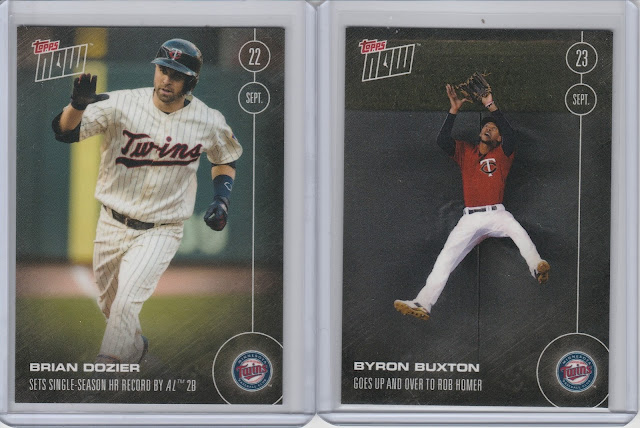 Dozier might not be in a Twins uniform by Opening Day 2017, but he sure made a ton of great memories in 2016. Buxton is just getting started - and this wasn't even his best catch of 2016!

I am about 99% sure I won't chase these cards as hard in 2017, it just adds up to a lot of money, even if you're getting the bulk price on eBay. I still think it's a fun idea, and I still think Topps missed out on a few moments, and had some boring photo selections at times.
Posted by Brian at 3:49 PM