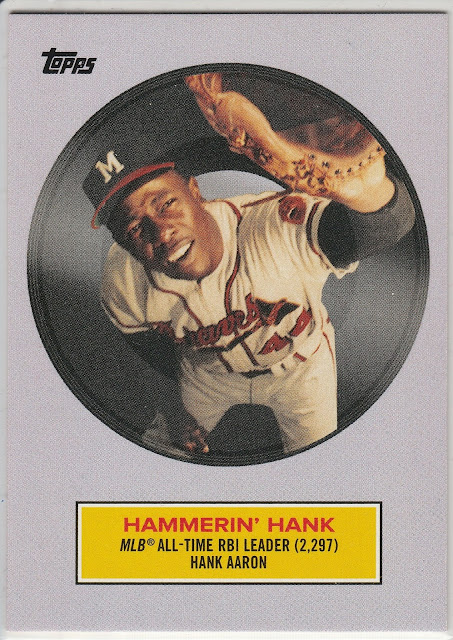 I'll be the first to admit that when I'm in a collecting rut or a blogging rut, I go back and read through some of my favorite blogs for inspiration. This time I didn't go very far back in time - as soon as I read this post from Nick at the Dimeboxes Blog, I headed straight for COMC to do what all great artists do -- steal. 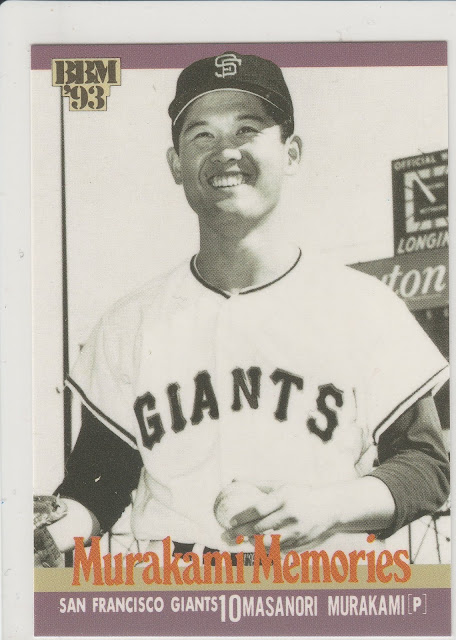 One of my favorite cards from the 1965 Topps/OPC set was the rookie card of Masanori Murakami. When I saw on Nick's blog that there was a Japanese insert set of Murakami cards from 1993, I had to get in on the action. 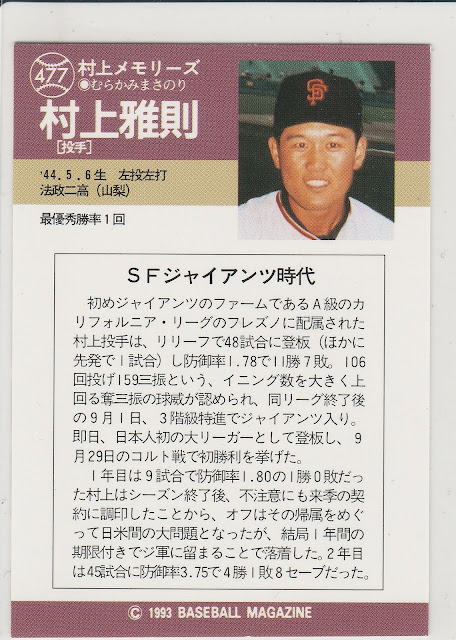 The subset included cards of Murakami in Japan with the NPB, as well as a few different cards in San Francisco. 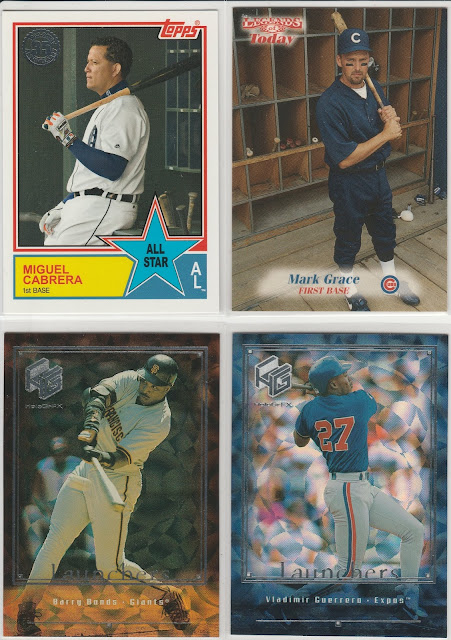 As long as I was on the site, I figured I should stay a while and find some more bargains. I looked for some new additions to my "players at the bat rack" mini collection, and some 90s superstars. Hard to believe that Vlad Guerrero's son is going to be the #1 Prospect this season and quite possibly be even better than his dad was.

I do love horizontal heroes. I think I saw this Manny Ramirez card on Nick's blog at one point as well. Denard is a Player Collection guy for me, and the other two I just couldn't pass up. 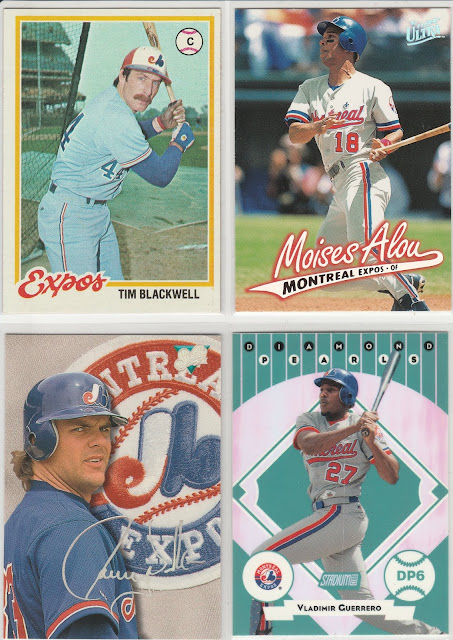 I can't say that I actively collect the Expos, but all four of these guys are favorites of mine, and I try to never pass up the opportunity to pick up some more. 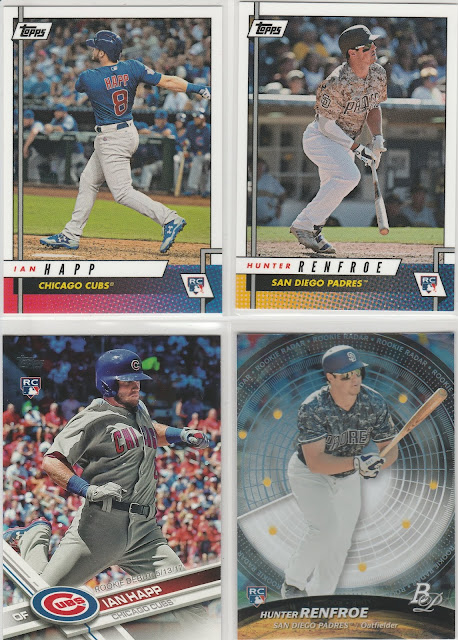 Some of the prospect guys I picked a few years back are still working their way towards the majors, and those that have made it have had some mixed levels of success. Nothing wrong with stealing a good idea!
Posted by Brian at 6:32 PM