After four years serving as a special assistant in the Rays' minor-league system, Rocco Baldelli joined the major league club and spent a pair of seasons as the team's first base coach. In 2018, he was named the Rays' Field Coordinator, working alongside Manager Kevin Cash and the other Rays coaches on player development, with an emphasis on outfield play. This off-season, the Minnesota Twins hired Baldelli to be the team's 14th Manager since moving to the Twin Cities in 1961. 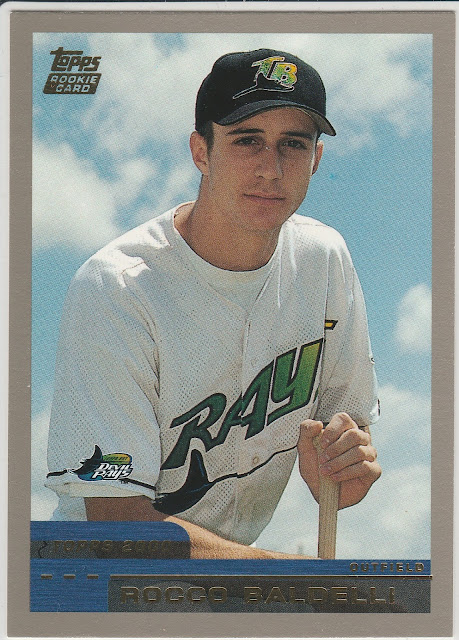 Baldelli was the 6th Overall pick in 2000, five spots after Adrian Gonzalez. Baldelli was a speedy, athletic outfielder who was poised to combine power and speed at the big league level. He was a standout in High School in Rhode Island, though his Senior Year was truncated by a mixture of bad weather and injuries. 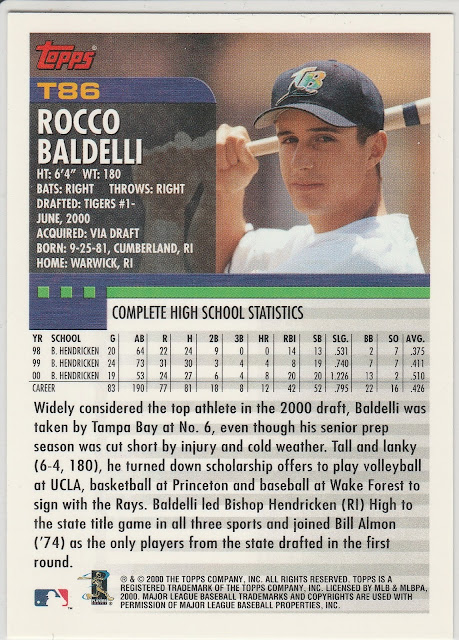 Baldelli was also a great student, drawing the interest of Ivy League schools before being drafted into major league baseball. His minor league career was brief- a rare talent combined with a team just 2 years removed from expansion made his path a short one. After rookie ball, he spent a season in Single A, stealing 25 bases and hitting 8 homers. The next season he toured the Rays' minor league system shooting up the ranks and finishing in AAA. He hit 19 homers and stole 26 more bases. He would be the Devil Rays' Opening Day Center Fielder in 2003. 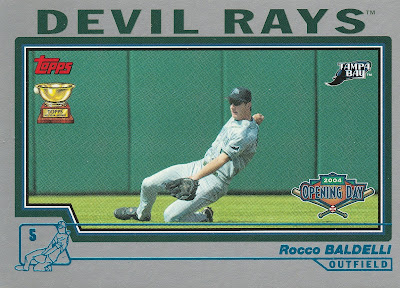 Baldelli finished 3rd in the Rookie of the Year voting in 2003, behind Angel Berroa of the Royals and Hideki Matsui of the Yankees. Baldelli was 21 years old his rookie year, 8 years younger than Matsui, and 4 years younger than Berroa. He had a higher average and more hits and stolen bases than both of those guys in 2003, finishing above both in WAR as well. And of course, he was a Topps All-Star Rookie! 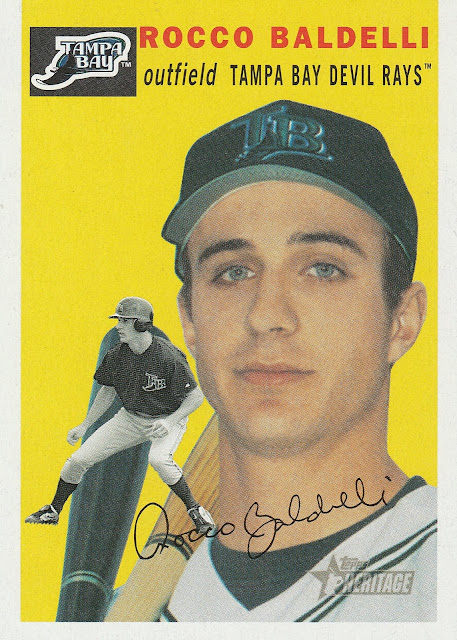 Baldelli's career began with a 13 game hitting streak. He led the AL in outfield Assists his rookie season, and was near the top of the league in fielding chances and putouts. His 2nd season was a continuation of the excellent play he exhibited in the field and at the plate. He was once again #1 among AL outfielders in Assists. He stole another 17 bags and increased his homer total from 11 as a rookie to 16 in his 2nd season. In his first two seasons, he drew comparisons to Andre Dawson, Dale Murphy, and even Joe DiMaggio (though that may have been as much about a passing resemblance as a tall and lanky Italian American outfielder as it was about his performance on the field). 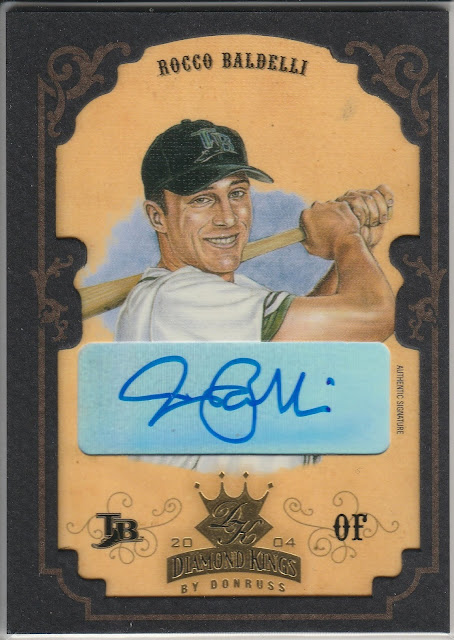 What happened next has been well documented - a freak injury in the offseason resulted in torn ligaments in his knee, then he injured his elbow in Spring Training, resulting in Tommy John surgery. He would miss the entire 2005 season. In 2006 and 2007, Hamstring injuries limited him to just 92 and 35 games, respectively. Beginning in 2008, Baldelli began to suffer from a condition that left him feeling very weak after even limited exercise. He put his playing career on hold, seeking a diagnosis. Was it Lou Gehrig's Disease (ALS)? Multiple Sclerosis? While the exact issue was not identified, Baldelli was cleared by his doctors to resume his career, and was a hero for the Rays in the ALCS in 2008- hitting a 3 run homer in Game 3, helping seal the victory over the Red Sox. He also had an RBI in the deciding 7th Game of the ALCS, propelling Tampa to the World Series.

He would join the Red Sox as a reserve outfielder in 2009, and played in 63 games. He retired after the 2010 season, following another year in Tampa, and another playoff appearance. His sharp baseball mind was valued highly by the Rays, and immediately moved to make him part of the orgs' team of outfield instructors.