Taking the lead from Tony at Off-Hiatus Baseball Cards this will be the twenty-fourth of 30 posts, using the prompts provided. I won't necessarily post one every day, but I will do one for each card, toss in a few "insights" (as insightful as I can be, anyway), and usually include an honorable mention or two, just because I'm like that. 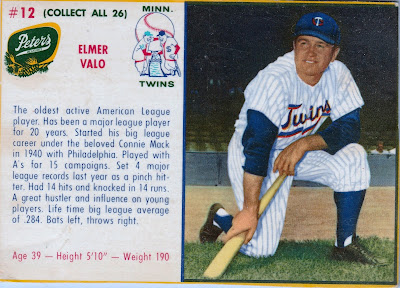 Here's my pick - this is a recent addition, which I found more or less accidentally. You know the 1961 Topps Harmon Killebrew card? Capless with a sweaty forehead. The card makes him look older than his age, and it's one of my least favorite cards of all time. I was toying with the idea of making a custom replacement, so I did a Google Image search for "1961 Twins Killebrew" and as I was scrolling through the pictures, I found a Peter's Meat card of a different Twin. Now I was even more curious. So I went on eBay and did a search for Peter's Meats 1961 and there were several different players for sale. The biggest surprise of all was this Elmer Valo card, which I didn't even know existed. His '61 Topps card is also capless, like Killebrew, so this might be the only card that features Valo in a Twins uniform (even if it is airbrushed). 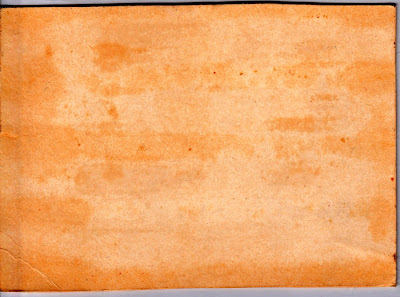 Since these are basically one card posts, why not share the ba---- aah! Gross. Hot Dog sweat from 1961. 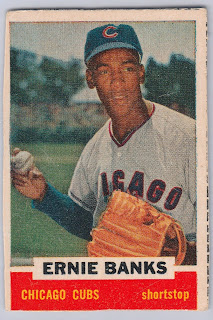 1960 Bazooka! I would like to try to build this set some day - maybe after I finish a few others. 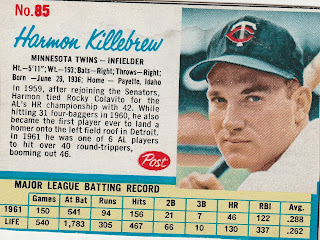