Taking the lead from Tony at Off-Hiatus Baseball Cards this will be the twenty-fifth of 30 posts, using the prompts provided. I won't necessarily post one every day, but I will do one for each card, toss in a few "insights" (as insightful as I can be, anyway), and usually include an honorable mention or two, just because I'm like that. 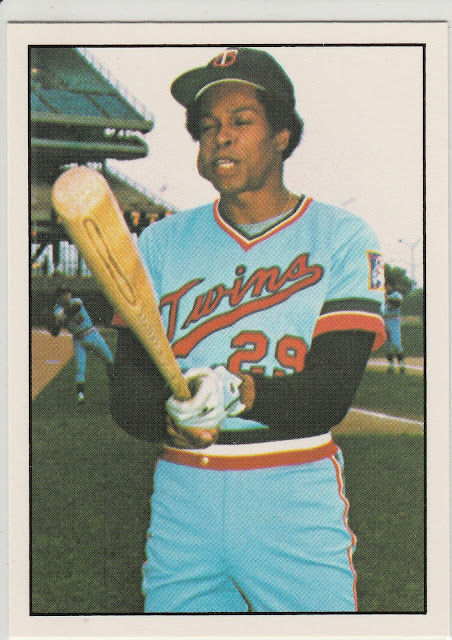 Here's my pick - I'm a little conflicted about this - the big wad of chaw is really cool, but it's also a really dangerous habit. I remember on my high school team there were two players that dipped and I always declined to join in. I think it was one of many things that eventually pushed me out (the number one reason being that I just wasn't too good) from playing on the team after my junior year. It is digusting, but also it is a major cancer risk with prolonged use. Regardless of your opinions of chewing tobacco, the design and execution of SSPC cards in the 70s was excellent. A big full color photo with little to no text on the front of the card. Lots of personality and lesser seen moments around the ballpark were captured on these cards. 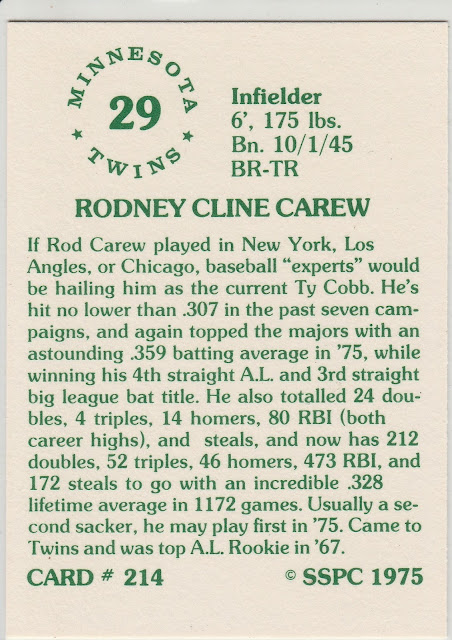 Since these are basically one card posts, why not share the backs too? No text on the front, but plenty to make up for that on the backs! The text, as you may already know, was supplied by Keith Olbermann. The blog 1975 Baseball Cards has a great essay on the set. 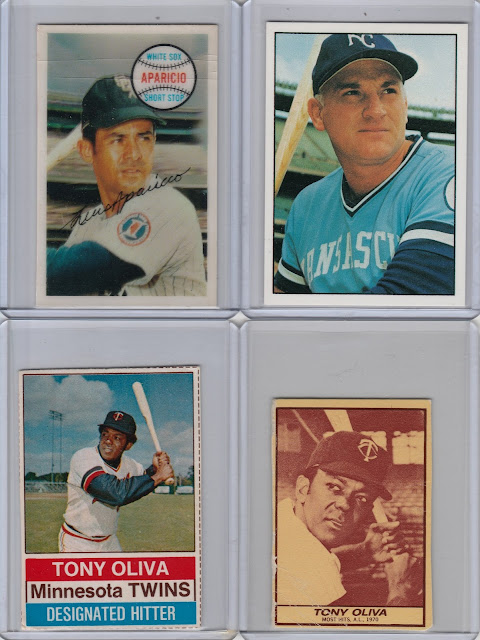 I am a big fan of commemorative patches, and Luis Aparicio is rocking a unique one that was only worn for one season (but by two teams). This is a 1970 Kelloggs' Card, the patch is commemorating the 150th anniversary of the state of Illinois. The Sesquicentennial patch was worn by the Sox and the Cubs during the 1968 season, and they didn't show up on any of the 1969 or 1970 Topps cards. This Kelloggs' card and a handful of MLB Photostamps have the patch, though. Also from the SSPC set is the only card featuring Harmon Killebrew as a Kansas City Royal. The two Tony Os are examples of a couple fun food issue sets. on the left is the 1976 Hostess Set, with Red-White-Blue stripes in honor of the bicentennial. On the right is a 1971 Milk Duds card of Tony Oliva. The first card I picked up from this set was a Boog Powell, but I didn't even know what it was at the time. Once I figured out what the set was, I was able to track down Tony O!
Posted by Brian at 6:29 PM