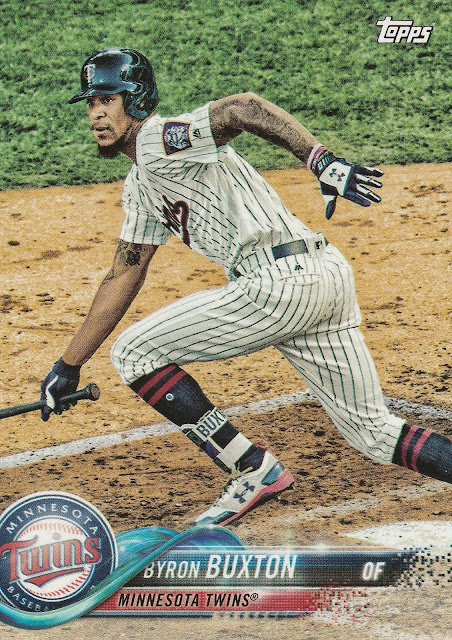 After several failed trips to Target and even striking out at a card show in April, I finally was able to find a Twins team set at Target Field after attending a game in person. 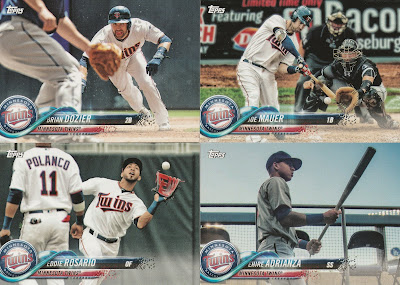 There is much in the way of surprises in the team sets, though Twins' utility man Ehire Adrianza is featured at Dodger Stadium in his card. 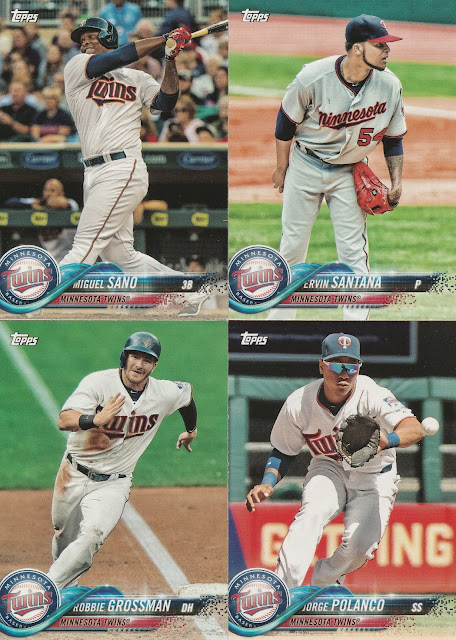 Several players in the team set are also featured in Series 1, so these cards are nothing new. 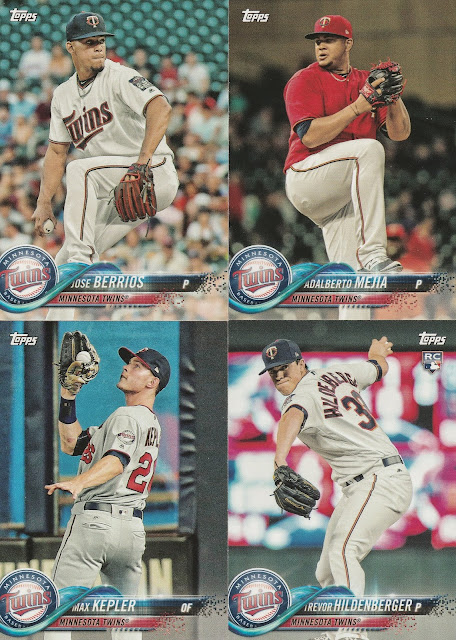 Unlike the Spring Training Topps NOW set, this team set was compiled before the free agent signings, so we are treated to middle reliever Trevor Hildenberger instead of Zach Duke, Addison Reed, and/or Fernando Rodney. Fine by me! It also meant that Logan Morrison wasn't on the roster yet, so that leaves room for . . . 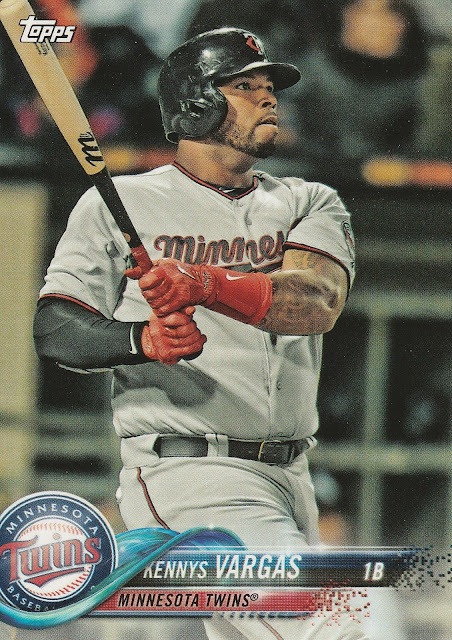 Kennys Vargas! He might not get this card in Series 2 or in Update, as he's no longer on the 40 Man roster, though he passed through waivers to the Reds, then back to the Twins. He's currently in AAA with the Rochester Red Wings. 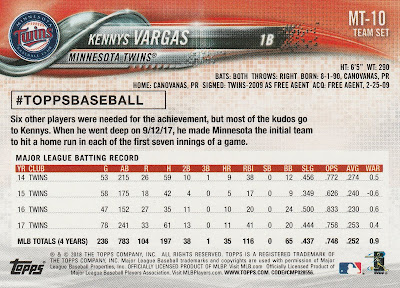 The Team Sets all have unique numbering for their team MT = Minnesota Twins. Always happy to add another Kennys Vargas card to the collection, I'm hoping it won't be his last as a Twin.