Taking the lead from Tony at Off-Hiatus Baseball Cards this will be the sixth of 30 posts, using the prompts provided. I won't necessarily post one every day, but I will do one for each card, toss in a few "insights" (as insightful as I can be, anyway), and usually include an honorable mention or two, just because I'm like that. 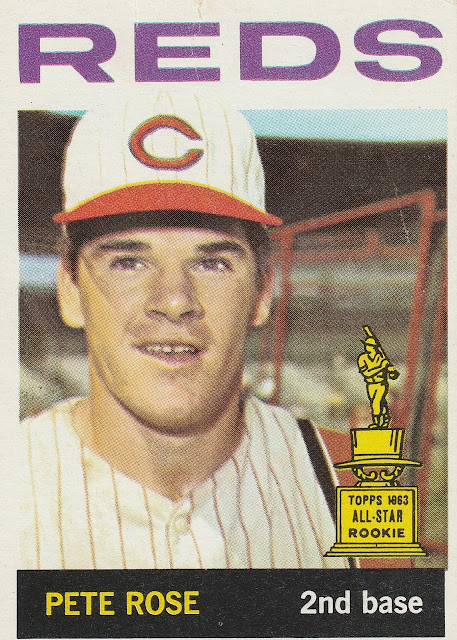 Here's my pick- When I came back to collecting in 2014, I wasn't sure what I would be trying to collect. As a kid I never collected cards that were older than me - - it was hard for me to find any (none of my friends had any older cards), and if I saw any in a card shop, I certainly didn't have the money to buy them. So now that I am a relative high roller compared to the 10 year old version of myself, I figured I could take a look at some of the vintage offerings at the shows and shops.
My dad grew up near Dayton, OH and the Cincinnati Reds were the favorite team of his youth, and of my cousins that still live in the area. Combine the love of the Rookie Cup (as I knew it from 1987 on) with an all-time great from my dad's favorite team, and this Pete Rose card became the first card I spent more than $10 to get. This card was a gateway to collecting vintage in general, and All-Star Rookies in particular. 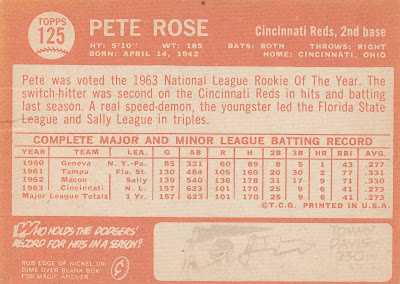 Since these are basically one card posts, why not show the backs, too? I'm still impressed by the fact that Rose hit 30 Triples in 1961 in the minor leagues. That's some serious "Hustle". 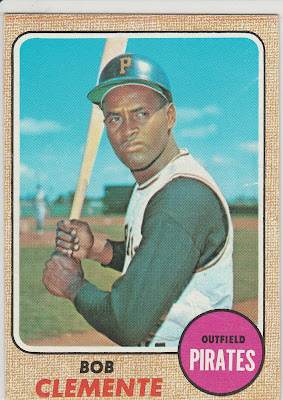 Just to bookend this post, I found this Roberto Clemente card at a vintage/nostalgia shop that was primarily selling retro video games, comic books, and board games. The vast majority of the cards were for Magic: The Gathering. They did have a glass case with sports cards, and Clemente stuck out. This is the most recent card purchase I've made for over $10.
Posted by Brian at 6:28 PM