Tony from Off Hiatus Baseball Club has generated quite a reputation around the blogosphere. A reputation for inventive and engaging posts, generosity, and for sending some great packages!

Tony joined my 1995-2005 Group Trade, and along with some earlier discussions we worked out a blind trade. I sent him some Brewers, and he tossed this brick through my proverbial card collecting window: 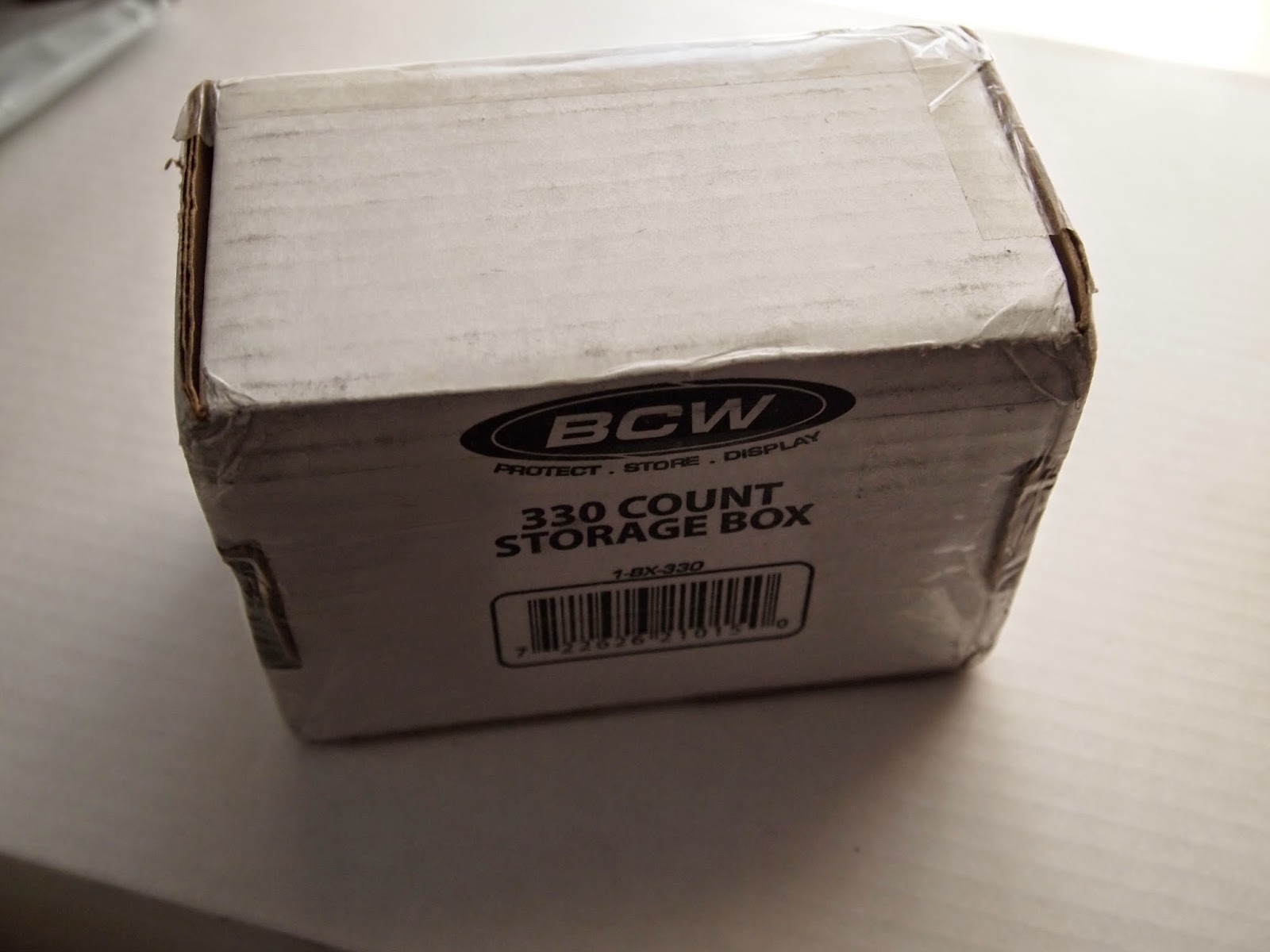 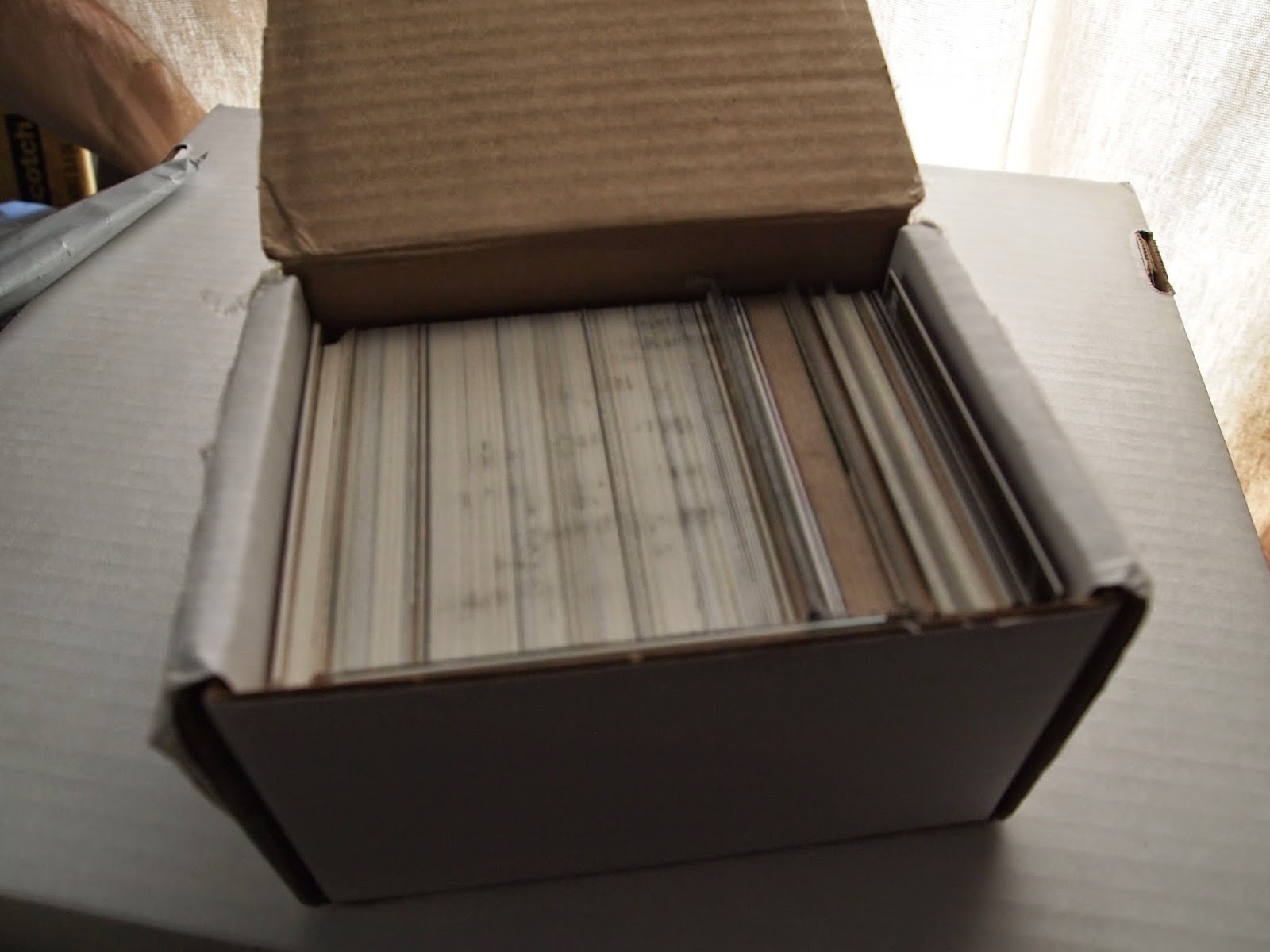 The Box says 330 count, but I think Tony managed to fit more than that in there. 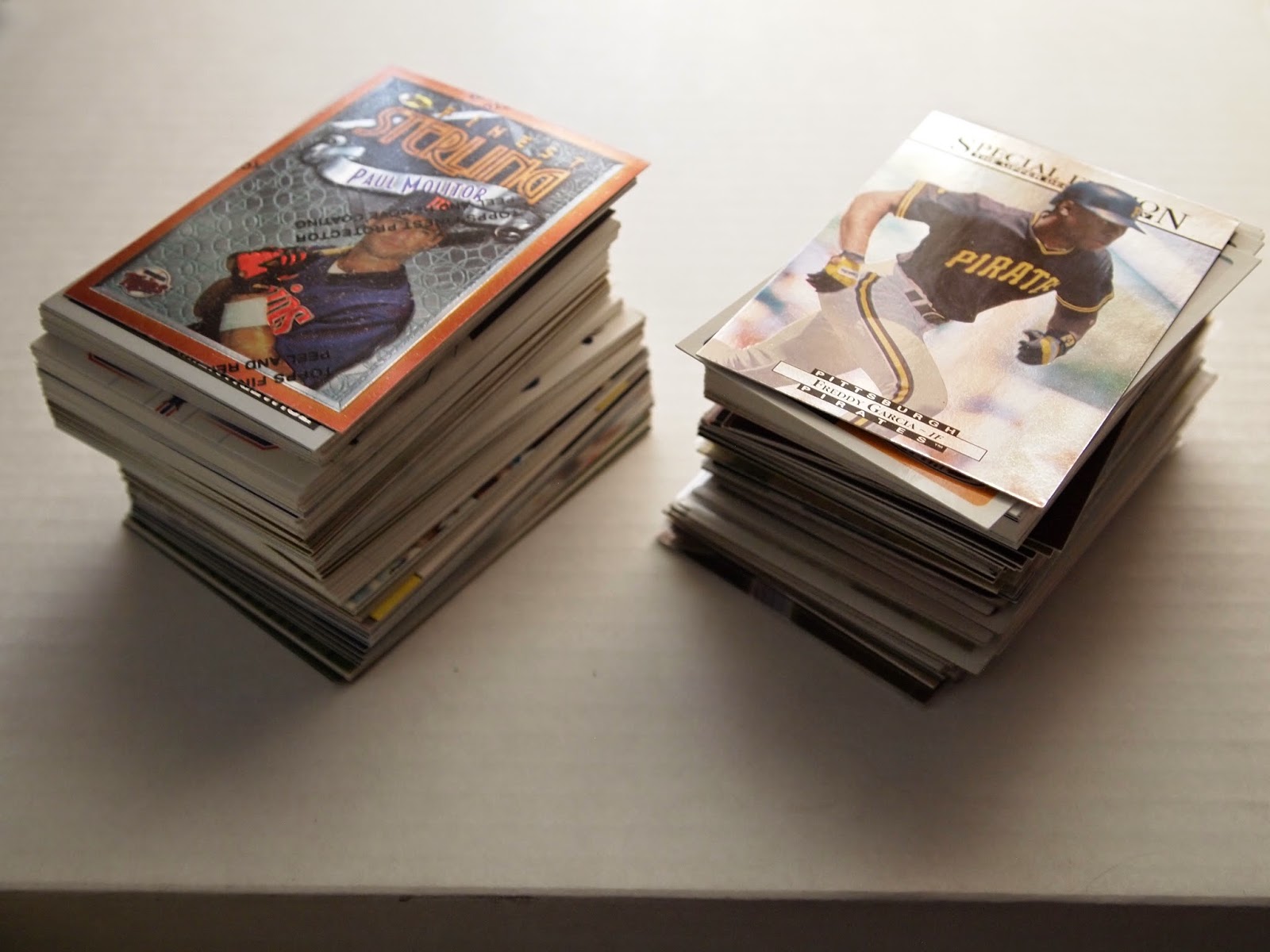 It's hard to know where to begin . . . suffice it to say every single card in the box was new to me - - oh, I've seen pictures or knew that the cards existed, but none of them had made it into my collection. Pretty much every card was from the lost years of 1995-2005, and they included Diamondbacks, Devil Rays, Pirates, Astros, Marlins, Rockies, and of course Twins. Excited about Devil Rays from the early 00's? Brian, didja hit your head on something?

Even though I'm not specifically collecting those expansion teams or otherwise underrepresented clubs, they were cards I didn't have the chance to shuffle through the first time around, so very fun to see them in person for the first time. 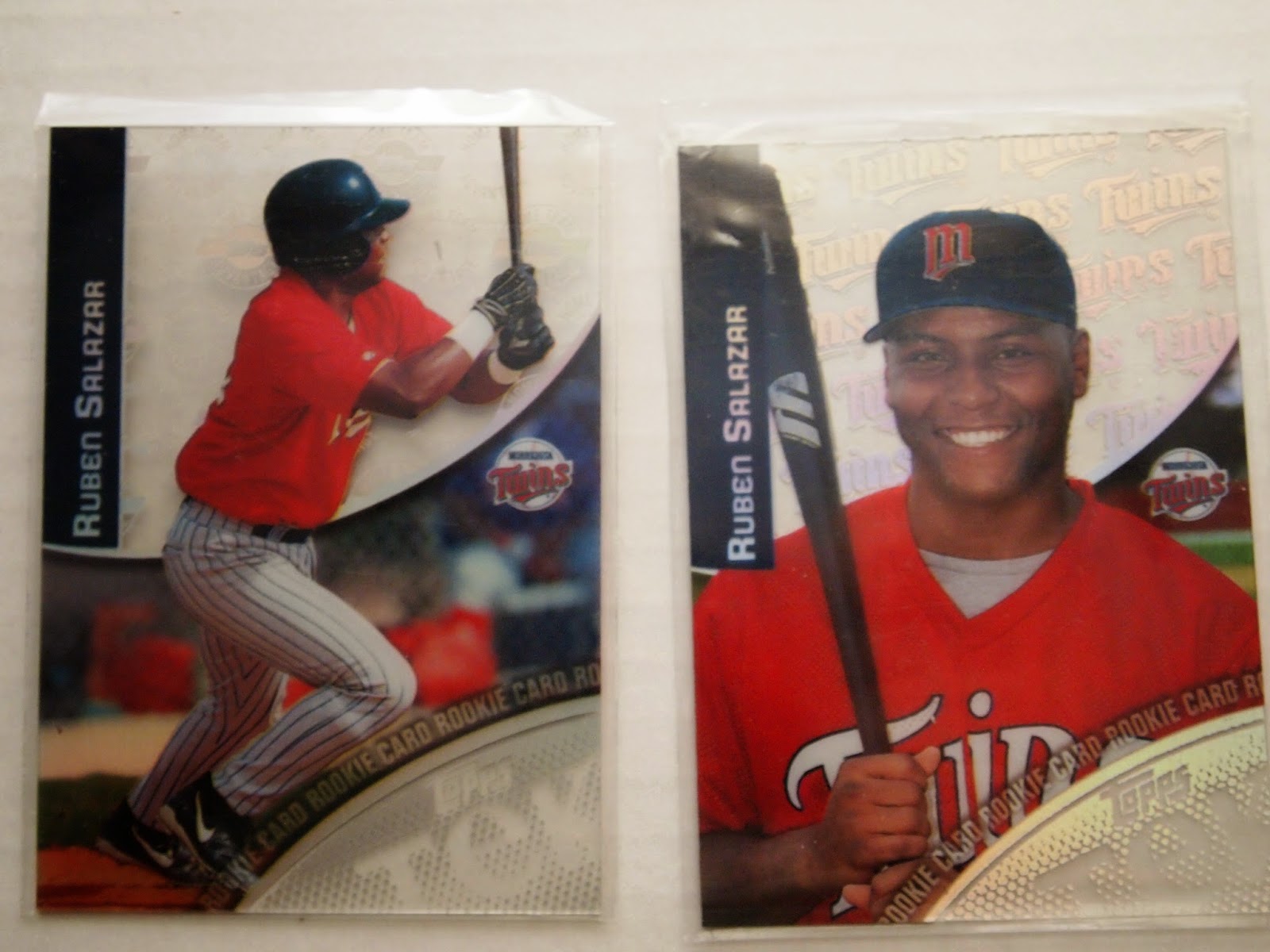 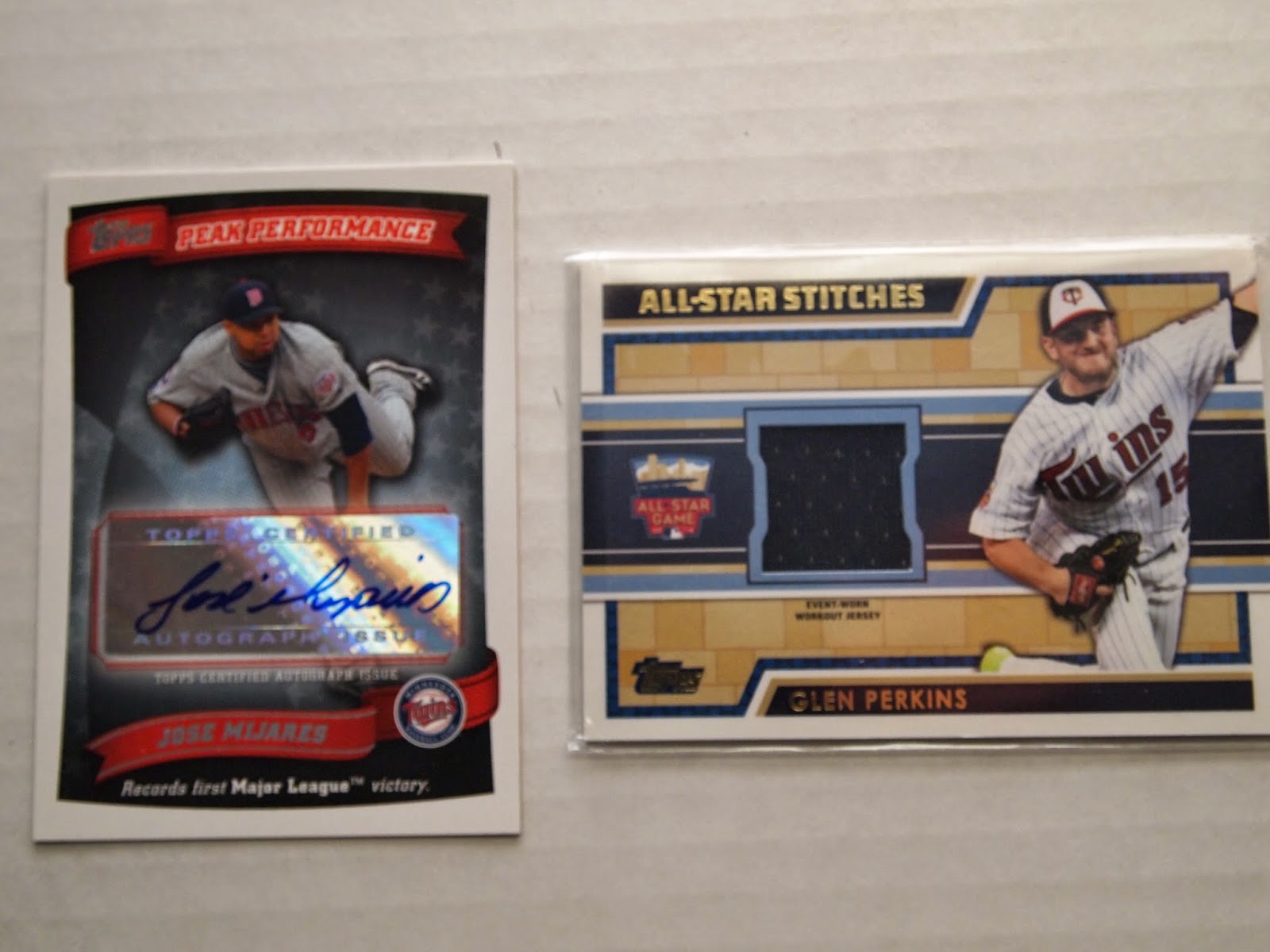 Jose Mijares auto and Glen Perkins All-Star Relic! The Relic is especially cool to me because the All-Star game was here in Minneapolis. I attended the Futures Game that weekend, and was at Target Field just before the All-Star game started (I ended up watching the game from a nearby bar). A very fun night and a proud moment for my hometown. 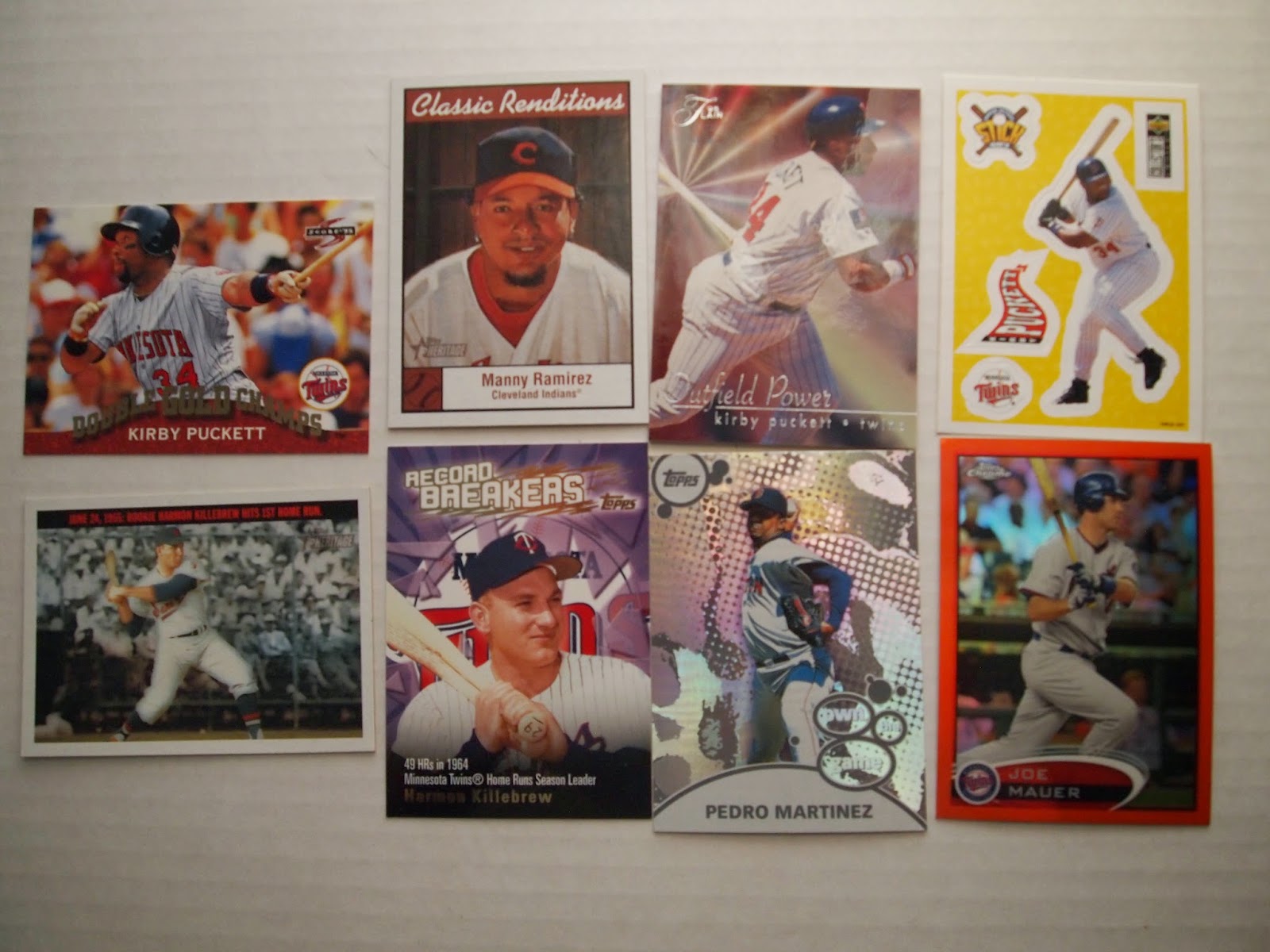 A big stack of guys for my player collections -  all in all, this one will be hard to beat! Thanks so much Tony, it was a ton of fun to go through all these cards!
Posted by Brian at 7:19 AM