I joined the Nachos Grande Case Break for 2015 Heritage and the videos and posts have forced me (that's right, forced!)﻿ to go to the local Target and pick up some cards.

I bought a hanger box (35 cards) and two jumbo packs. 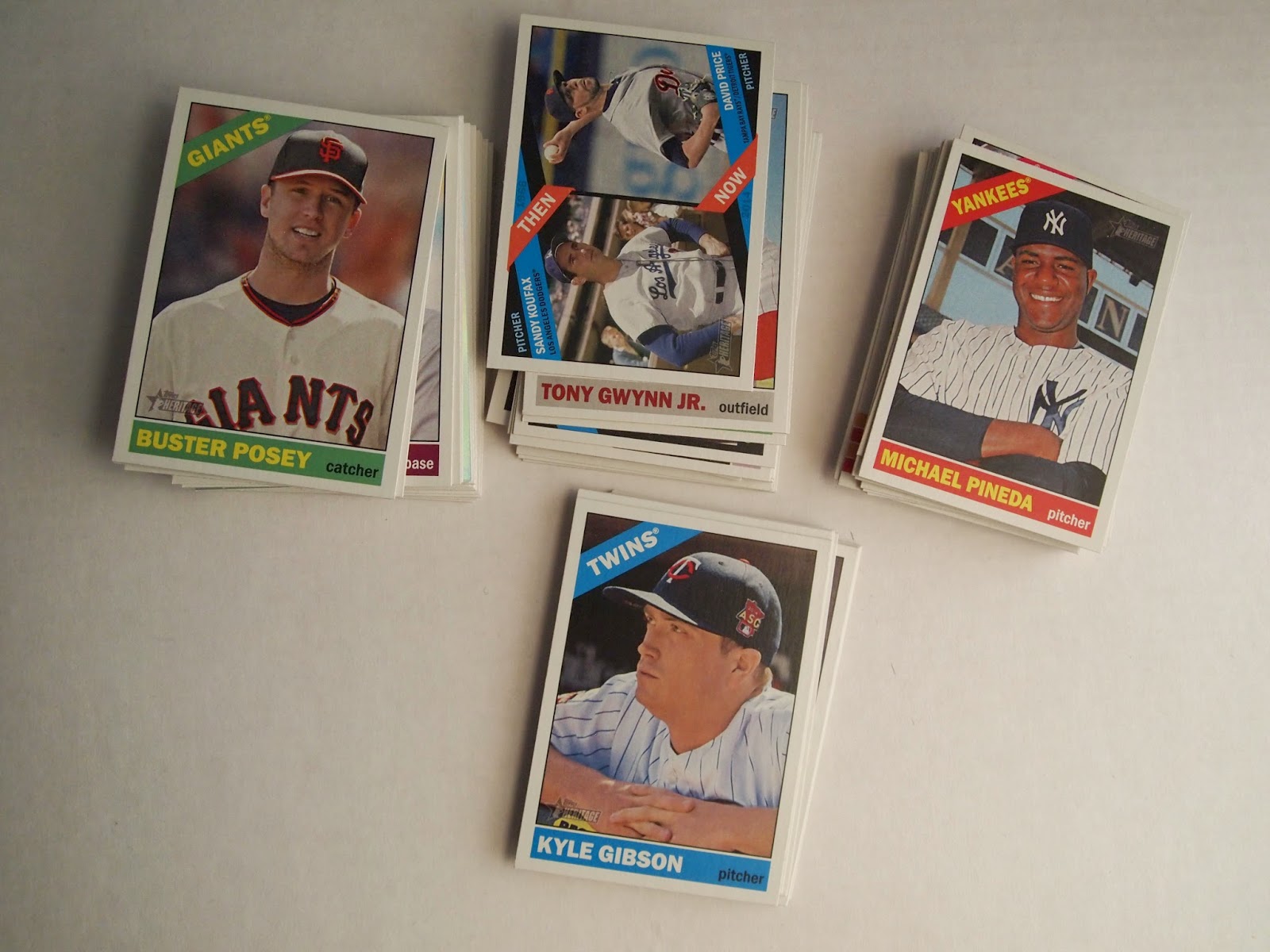 The hanger box had a nice Chrome section in the middle: 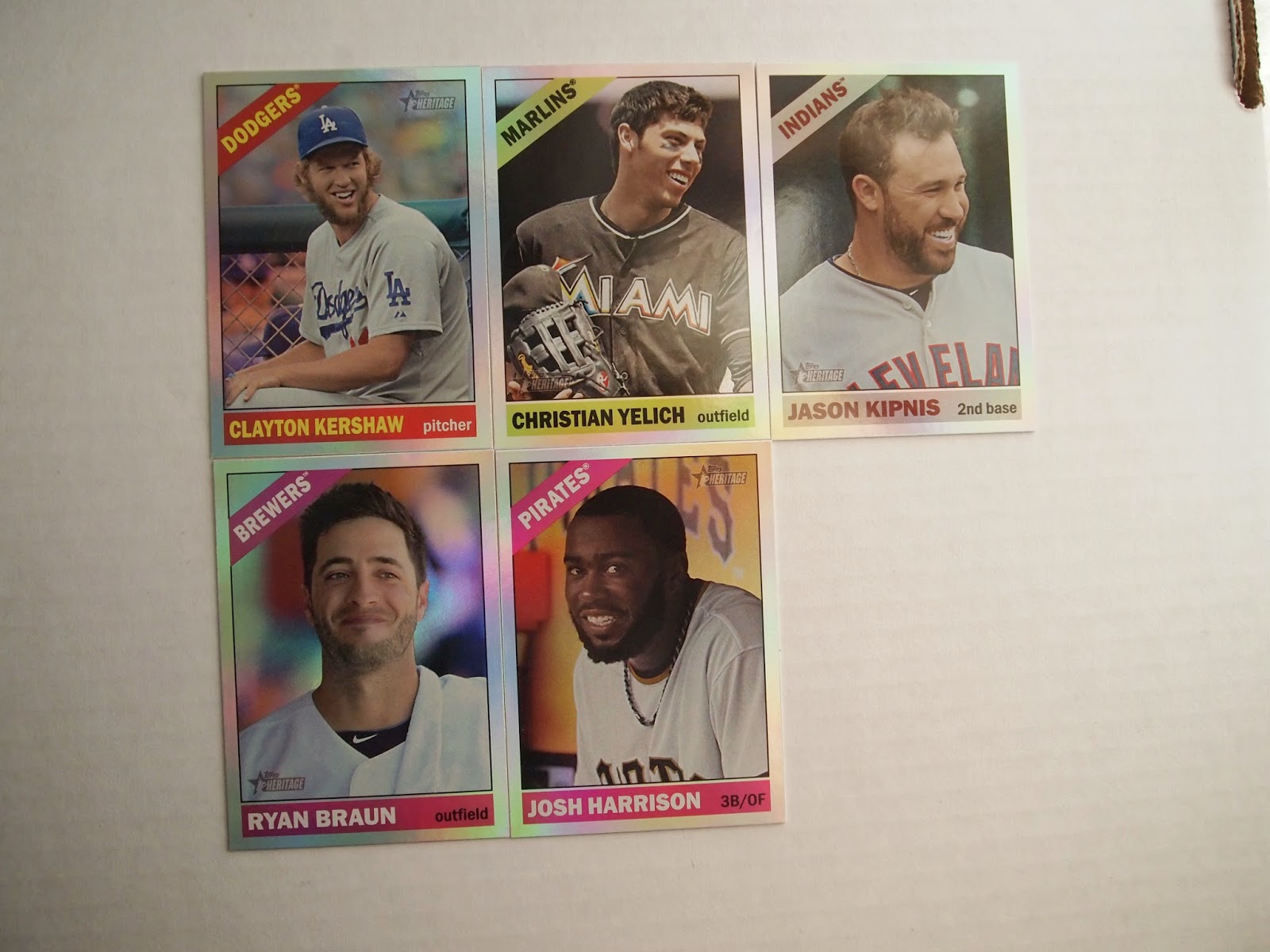 The two jumbo packs had a high number in each one: 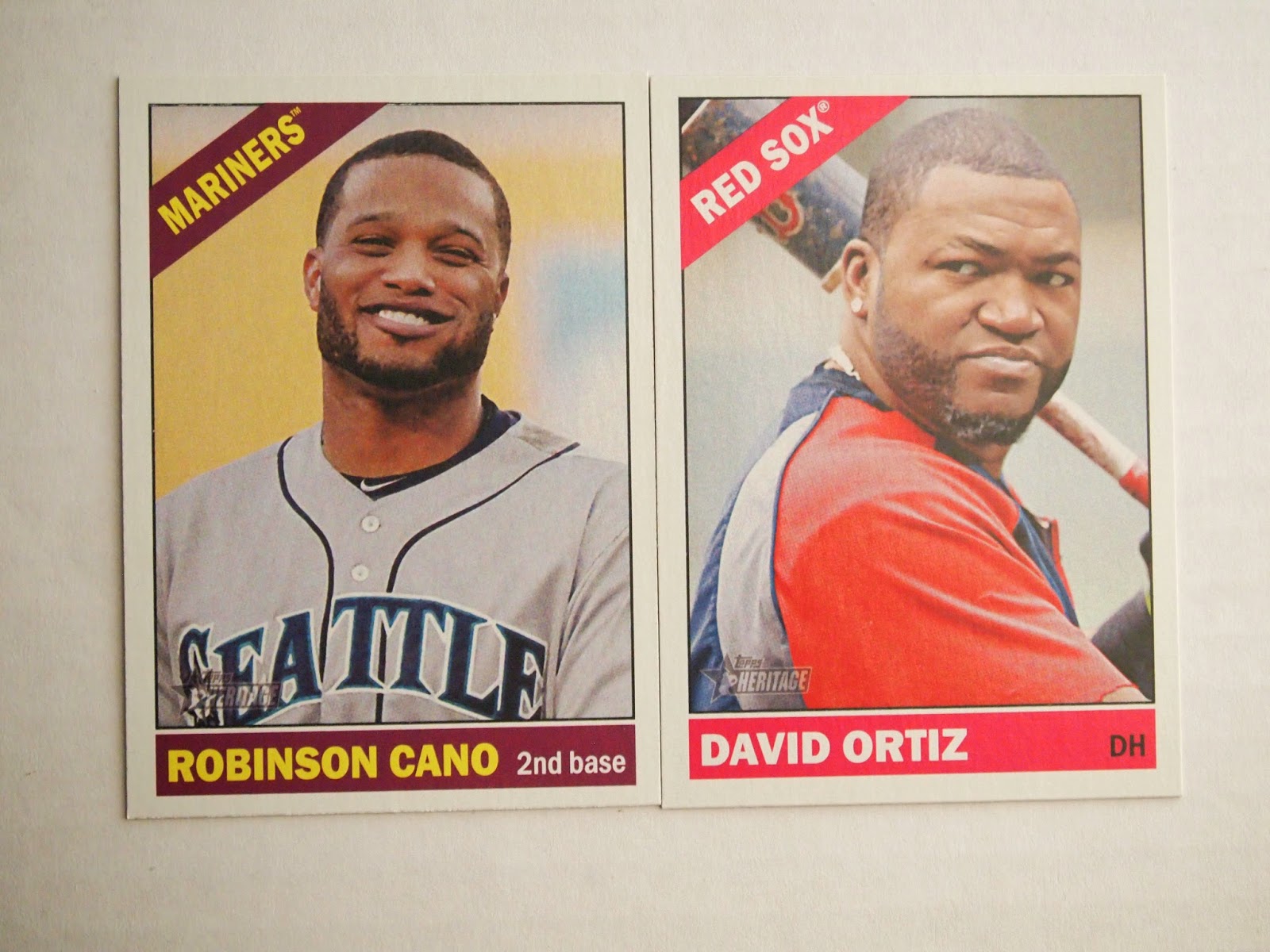 Before watching the break, I would never have even thought about those tiny codes on the back, but I ended up finding this guy as a result: 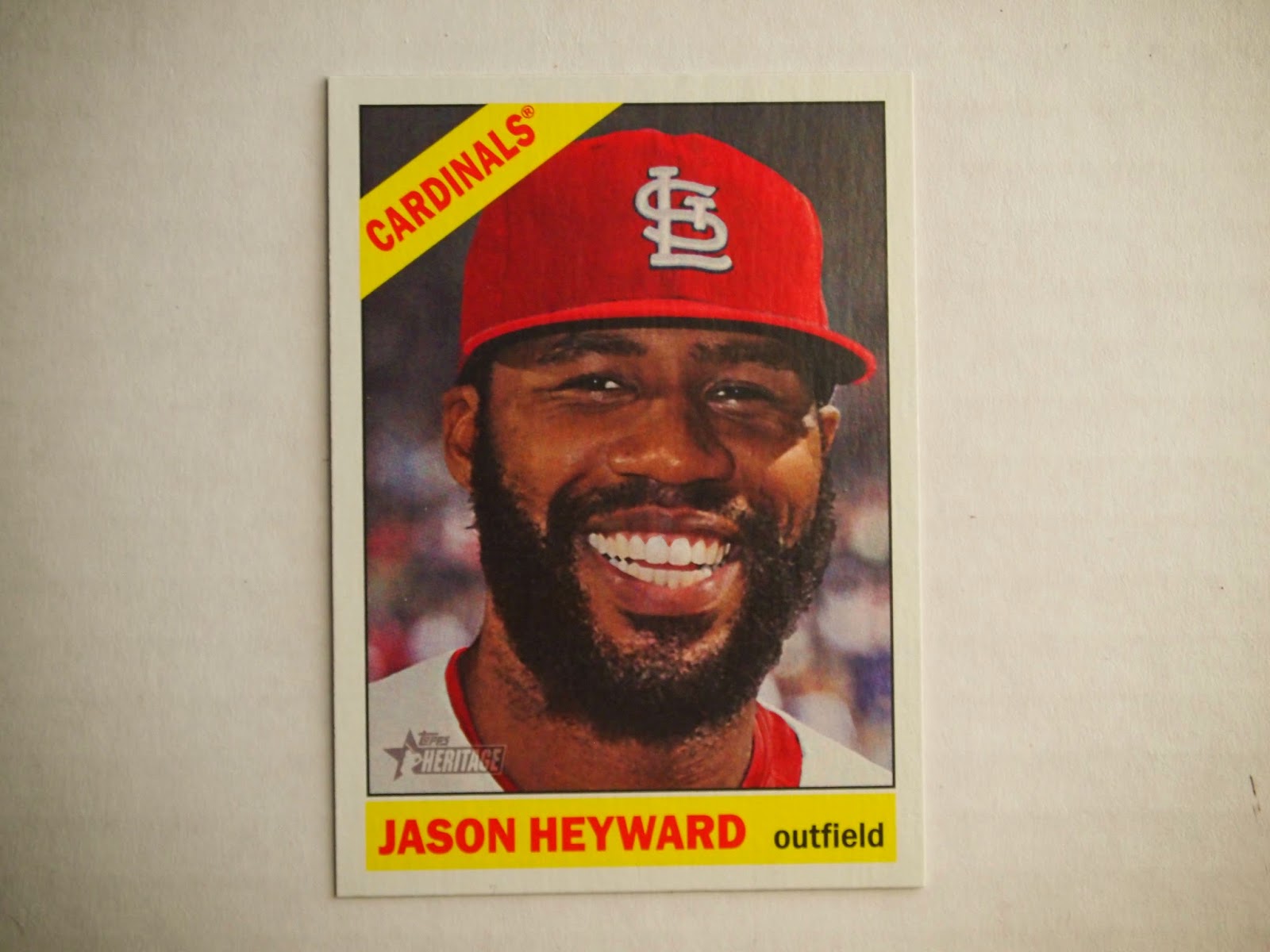 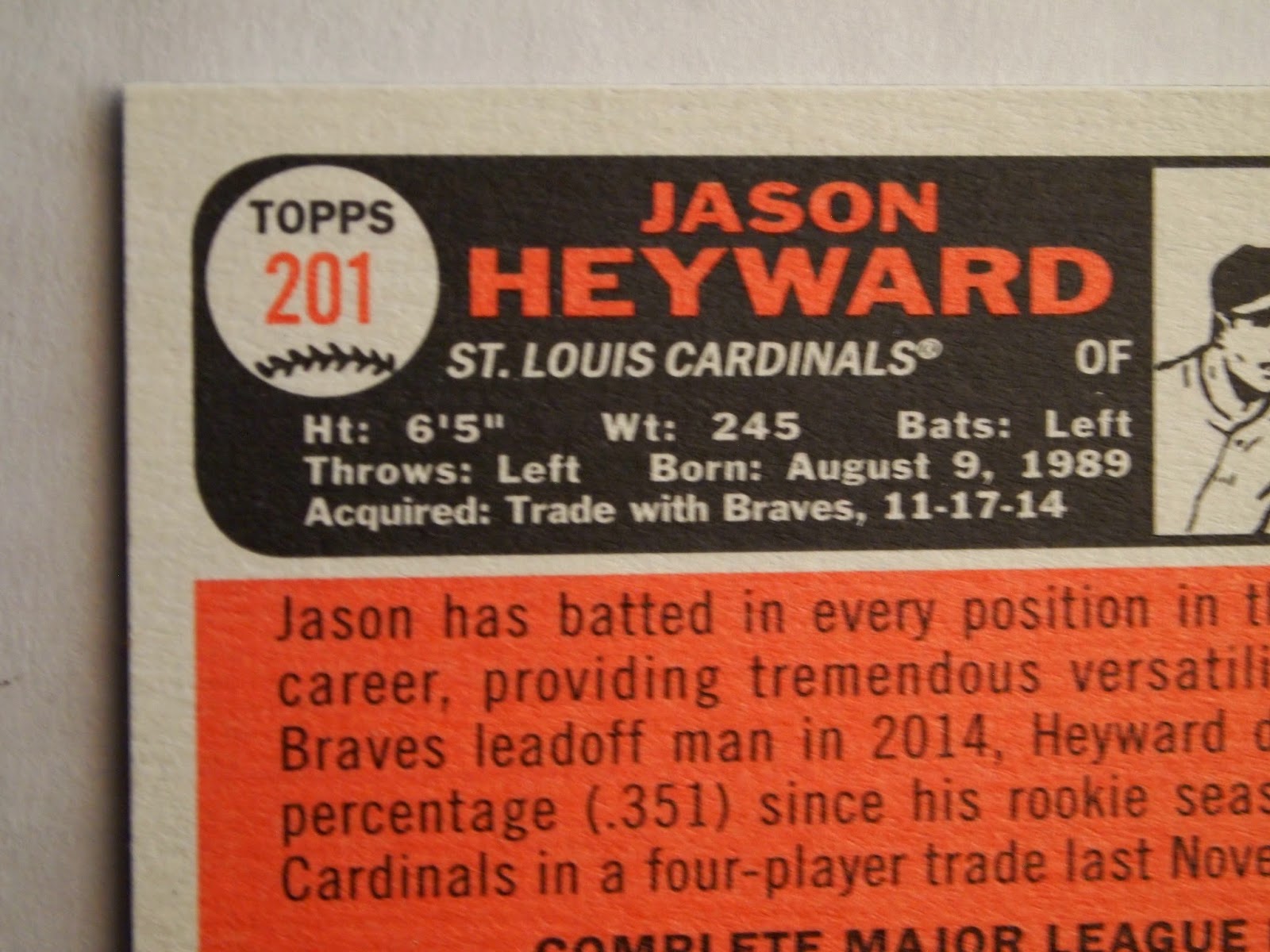 Now, what to do with it? I'm sure there are Cardinals fans (hey, maybe even Braves fans) that would want to have this card... I don't want to sell the thing... Maybe I'll keep it? I would definitely trade it for some vintage 1966 Topps from my wantlist, in nice condition (EX or better) of course...

Here's a quick look at some more cards I pulled that might interest other folks - these are open for trade, too.

And in case it was missed earlier, I was too quick to pull the trigger on this Joe Mauer relic, because I have one coming to me in the break as well. 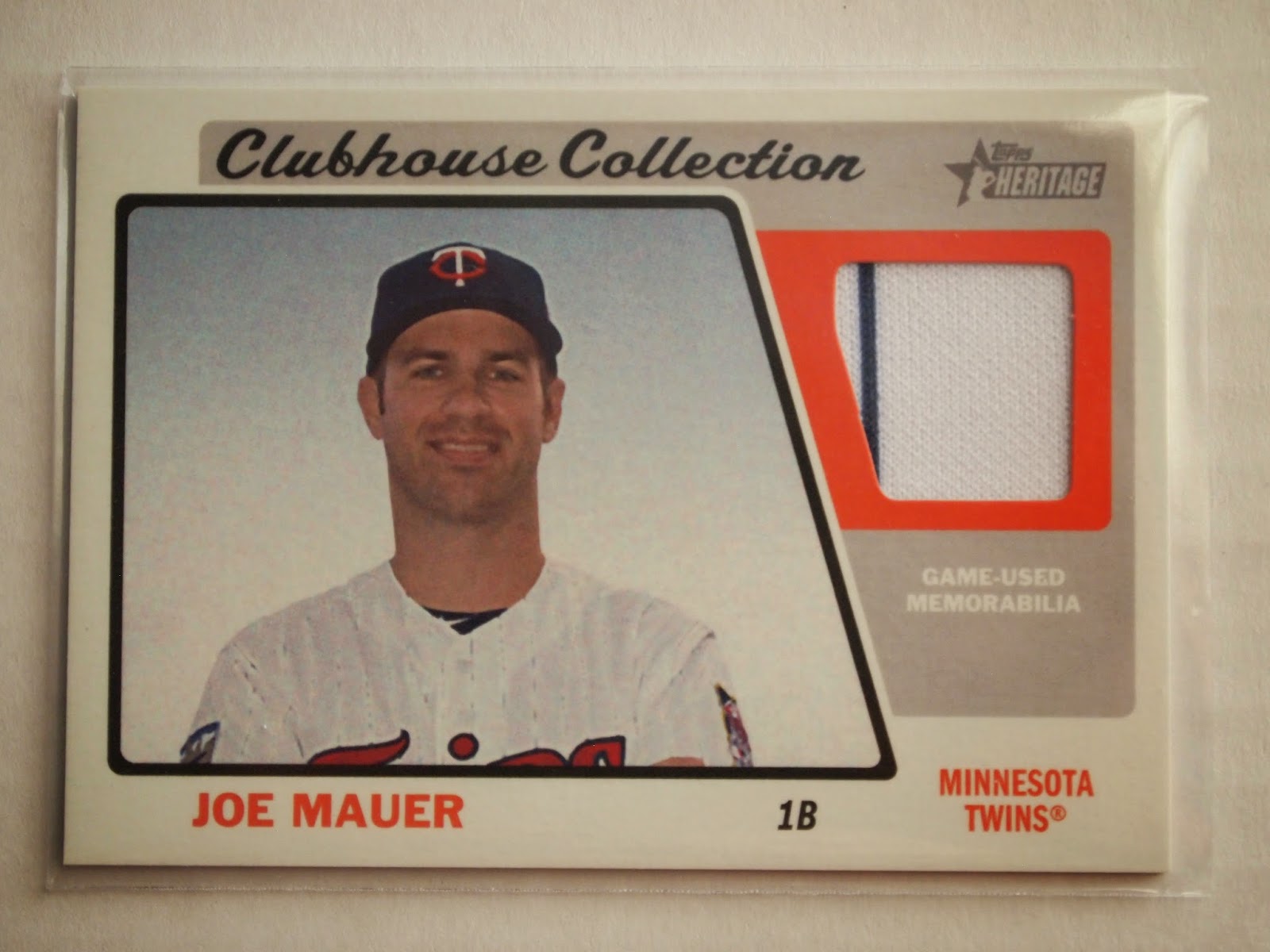 And I also got a Reds relic (Billy Hamilton) on Saturday to send to Nachos Grande, but he pulled it for himself in one of the first boxes: 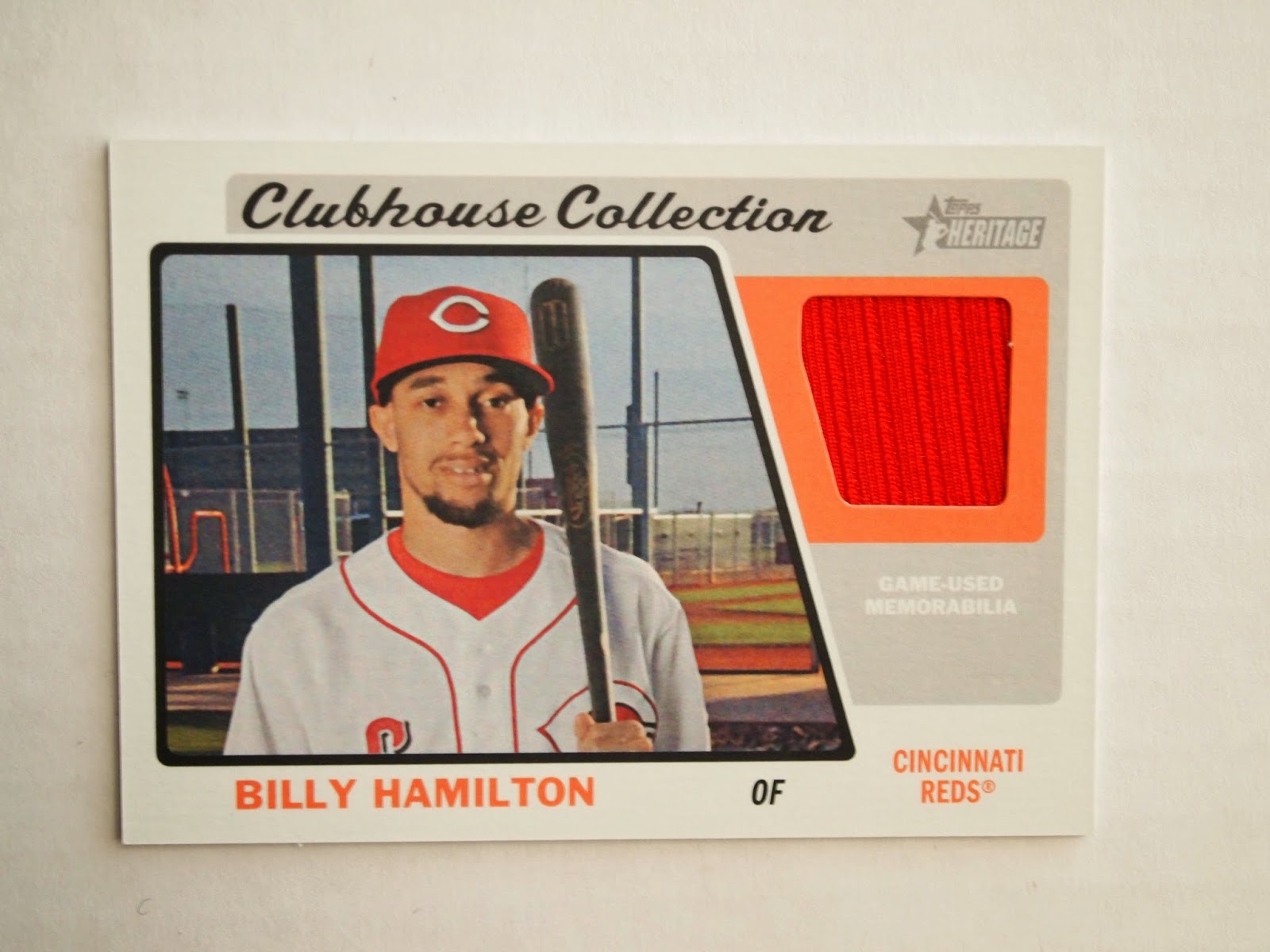 ﻿So, yeah, if you're planning on building the set, let me know, I've got a little stack going here to trade. My slot in the break included the Rockies, and I've already done at least one trade with 3 different Rockies bloggers, so I will likely be holding onto those to trade with those guys (assuming I don't just keep a few of them for myself).
Posted by Brian at 6:20 PM