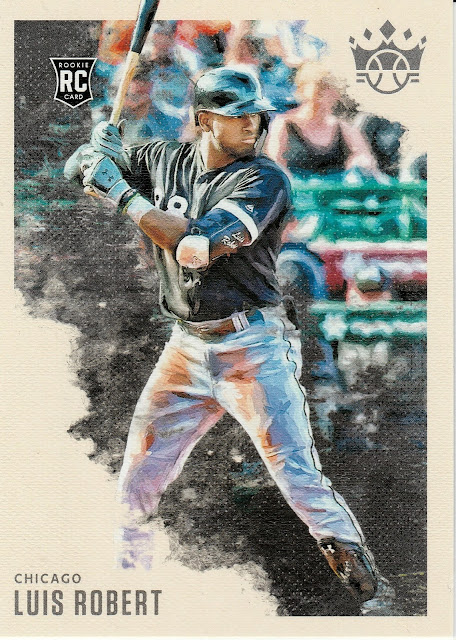 Matthew and Kevin and I have been sharing hobby boxes for a few seasons now give or take, and one box that always proves to be a fun break is the Diamond Kings brand from Panini/Donruss. Matthew did the honors and broke a 2020 box, with each of us taking two divisions. 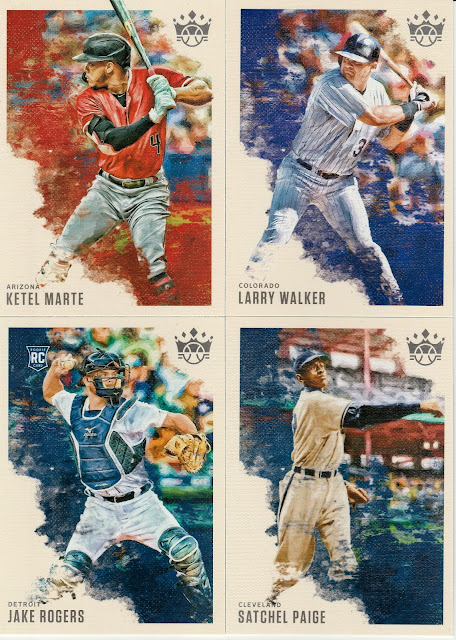 I selected the NL West and the AL Central (gotta chase those Twins!). Diamond Kings comes with a base set of 100 cards and an additional 70 short print base cards. all have the canvas texture and oil painting treatment seen above. As is common for Panini, there are no MLB team logos as the Topps Company has exclusive rights with MLB. The cards are all most likely based on existing photographs, then photoshopped to create that distinct look. 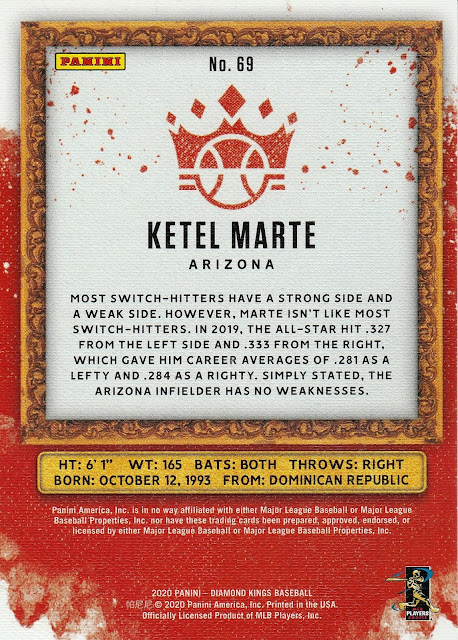 The card backs this year eliminate the stat line completely - no yearly or career totals are provided. Instead, each card has a short paragraph about the player, usually providing some statistical information along the way. 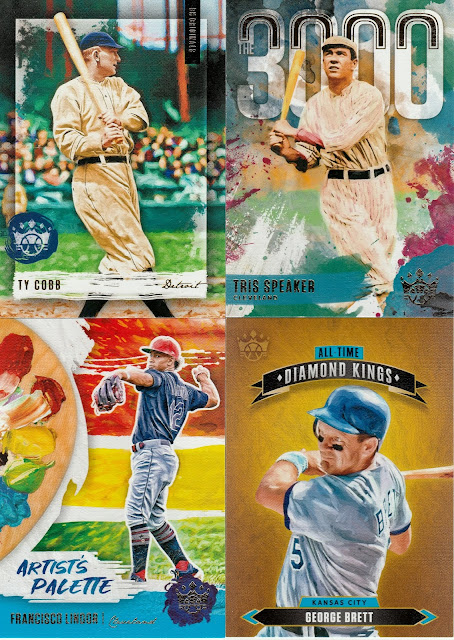 Diamond Kings is known for vibrant and inserts, usually featuring a theme that celebrates the visual arts. "The 3000" is a series all about members of the 3,000 hit club. 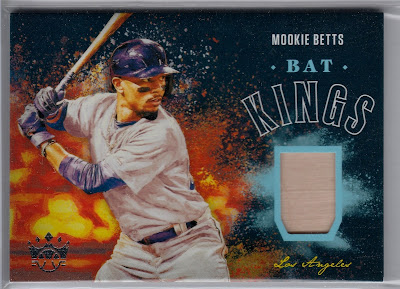 I always say a successful break is when we can send all the hits away to each other. I was the lucky winner of the relic in the hobby box, and it is none other than the early front runner for World Series MVP and two-time Doritos Locos Taco Champ, Mookie Betts! Bat Kings is a very matter of fact name for this insert set, which features Bat relics for players in the Diamond Kings set. Bat + Kings = Bat Kings.

And of course, I have to share the Twins! This is "late career Twins" Bert, with the thick beard he grew in  Pittsburgh and kept throughout the 80s. His first several seasons in MN in the 1970s featured a fresh face. Also, each team in the league had an "All-Time Diamond King," and this year it fell to Harmon Killebrew, who was previously featured as the puzzle in 1991 Leaf packs. They might consider bringing the puzzle back, that might be fun? Or even as an insert set- they could be regular cards, but with jigsaw designs superimposed like a completed puzzle? Overall, I like Diamond Kings, and I just wish they would take these concepts a little further. Sometimes the ideas for the set and the inserts seem unfinished, like the bottom left corner of all of the base cards... All in all a fun break! 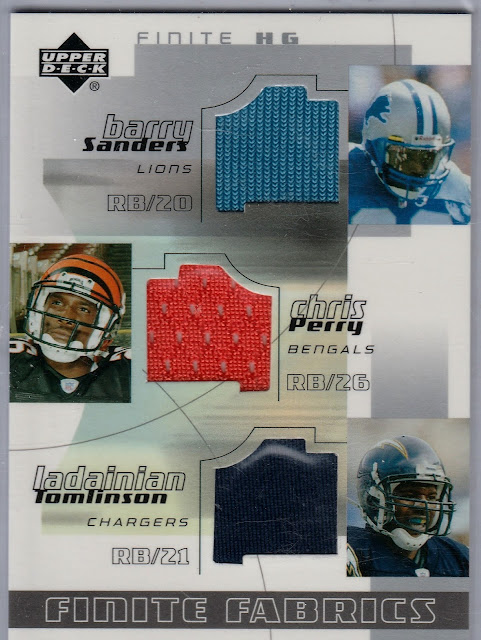 Matt never stops there though,  and this time he brings out the big guns, helping me build my fledgling Barry Sanders collection with this awesome patch card! LaDanian Tomlinson is great too. The last time I won a fantasy football league he was on my team... 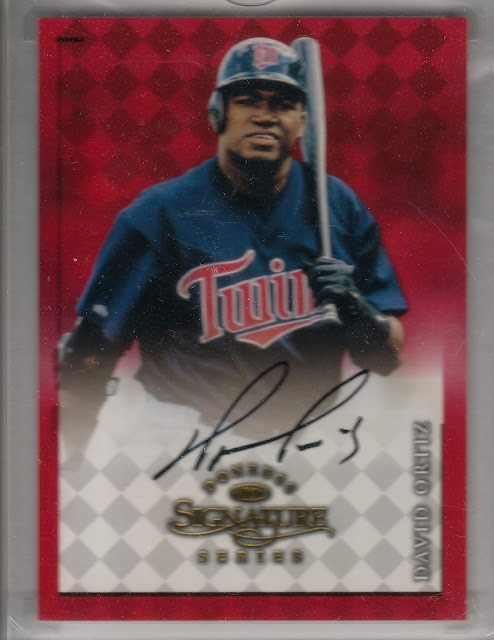 Last but not least - Big Papi! Sorry for the blurry image, I scanned this without taking it out of the one touch holder. I have lots of autos of "little Papi" (fellow former Twin Kennys Vargas) - but this is my first solo David Ortiz signature. Big Papi will be on the HOF ballot starting in 2021, and it's too early to tell if the rumors of PEDs will keep him out, or if the % of his career spent solely as a DH will hurt his candidacy, but he certainly will get a lot of discussion!
Thanks Matt for another great break!
Do you like 2020 Diamond Kings? If you were making an insert set for Diamond Kings (or Topps Gallery), what would it look like?