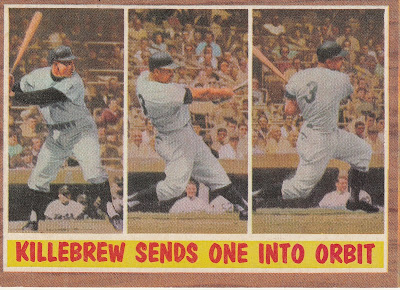 Kevin from The Card Papoy sent me a Killer mailer of cards all the way from France. This 1962 Topps Killebrew is in great shape and looks even better in hand. 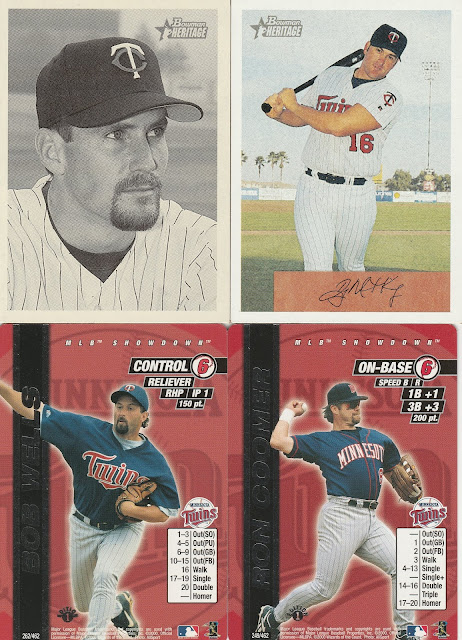 I still have lots of early 2000s gaps in my collection and Kevin found a sweet spot with Doug Mientkiewicz, Brad Radke, Bob Wells, and Ron Coomer. 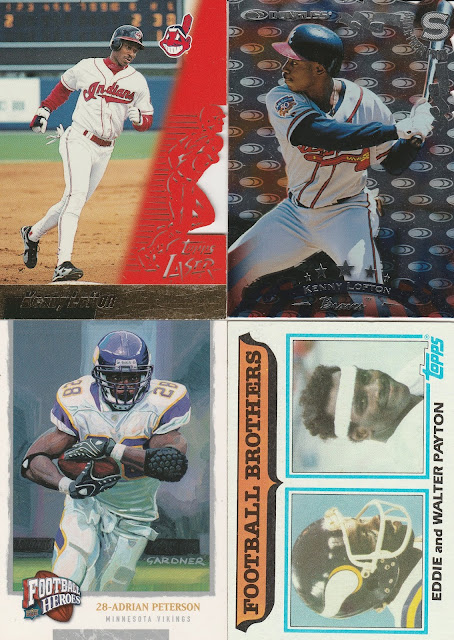 Of course it wasn't all Twins, as you can see here Kevin added a couple Kennys Lofton and two of the most prolific running backs in NFL history. 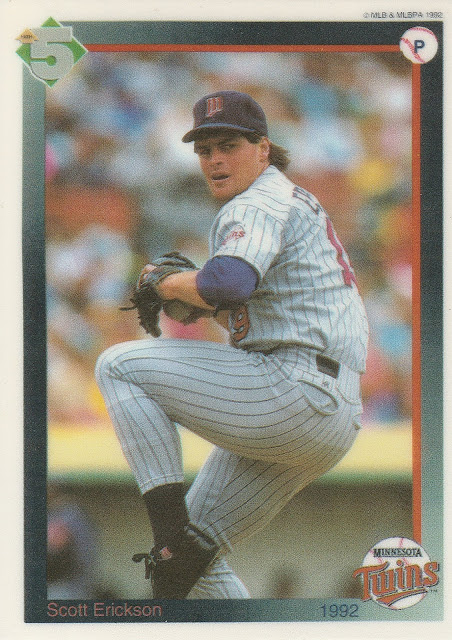 This is a neat oddball decal from a company called High 5. I was reluctant to mess with it, but apparently when removed from the backing there is an image on the reverse as well. These were packaged in team sets with a 5x7 "poster" included in the pack. I'll be hunting for the Puckett that I am sure must be out there somewhere... 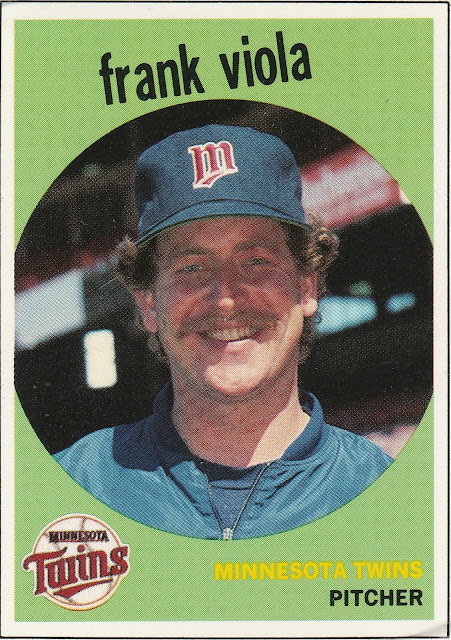 This is from Baseball Card Magazine, released just before Viola was dealt to the Mets in a trade you'd probably never see today -- in exchange for the 1988 AL Cy Young Winner, the Twins got Kevin Tapani, Rick Aguilera, David West, and Tim Drummond. Aggie became the team's closer for a decade, and Tapani and West were solid rotation pieces for the 1991 championship run. 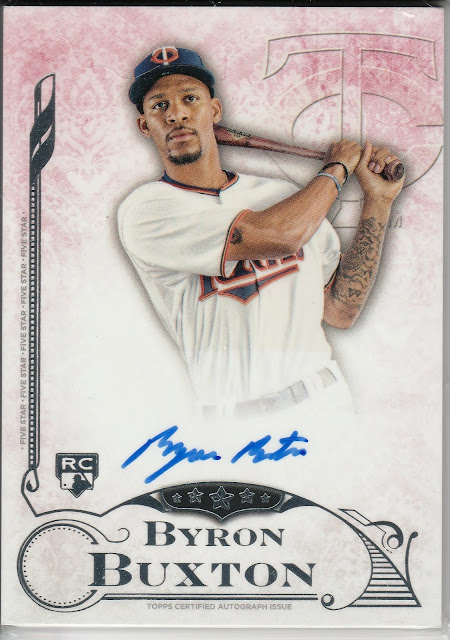 And Kevin dropped a big hit on me as well! A Rookie Auto of Byron Buxton, who I still hold out hope for a big breakout season. a rash of unfortunate injuries have robbed him of his early years, but he's still got a good number of prime years left in the tank.

Thanks so much Kevin! Always a treat to trade with you.