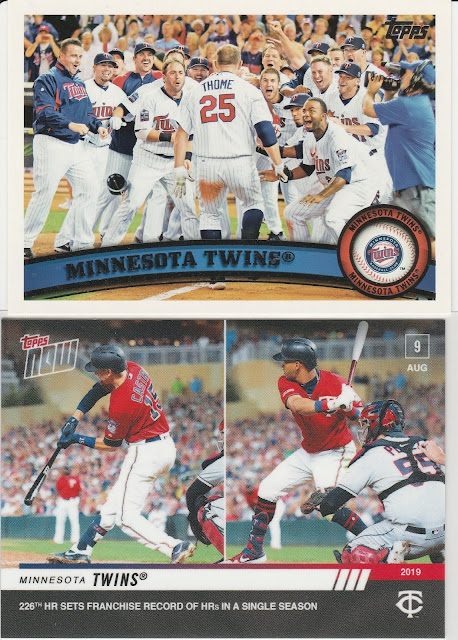 The 2019 Minnesota Twins are A.L. Central Division Champions! Their last Division Title came all the way back in 2010, the inaugural season at Target Field in Minneapolis. Let's compare and contrast the reserves, shall we? 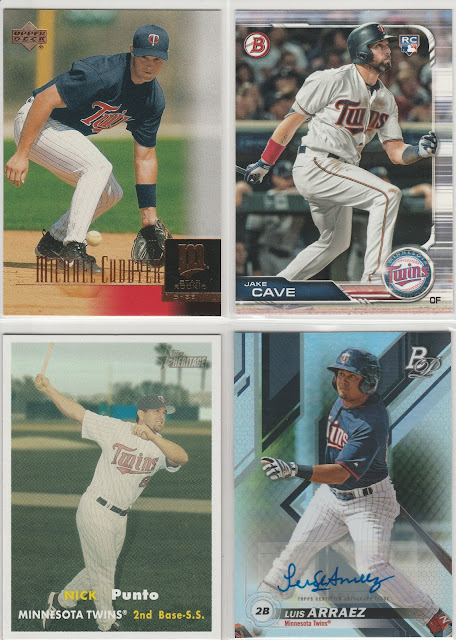 Where would they be without these guys?

Jake Cave was patient. The Twins outfield is stacked with plus defenders and plus hitters at all three spots with Eddie Rosario, Byron Buxton, and Max Kepler. Marwin Gonzalez was brought in to handle the corner spots on off days, leaving Jake Cave to prove his mettle at AAA again. Injuries were inevitable, as they strike every team, and it was Cave filling in for all four of those players. An early slump at the major league level obscured the blistering pace he set in Rochester, but by the end of the regular season, Cave had his average up to .258 in 72 games. He added 8 homers, and was known as always for running hard out of the box on every ball in play.

Nick Punto was always ready to suit up and get dirty. In 88 games, Punto played all over the infield and providing much-needed energy off the bench. He swiped 6 bases and crushed his usual annual home run in June in Philly against his old team. He wasn't on the Twins' ALDS roster, but he would get post season glory the following season playing for the World Champion Cardinals.

Luis Arraez has been a revelation for the 2019 Twins. Drawing comparisons to Tony Gwynn and Rod Carew, Arraez has shown both positional flexibility and superhuman bat to ball skills. In 366 plate appearances this year, Arraez hit .334 with 20 doubles. He came up to fill in for an injured Johnathan Schoop, but ended up as the regular 2B and occasional LF for the balance of the season. The ankle injury Arraez suffered in the final game of the season may prove to have a major impact on the post season. 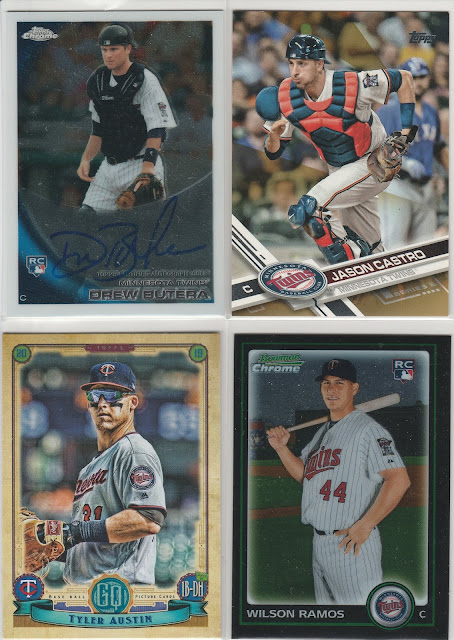 "Backup" Catchers and "The Ones Who Got Away"

Drew Butera has had some very good gigs in his career. Backing up Joe Mauer in 2010, Salvador Perez in KC, and is still kicking in 2019 as reserve for the Colorado Rockies. In 2010, Butera played in 44 games, giving Mauer a breather every once in a while. His defense was his main appeal in those days as well, as his .197 average can attest. Butera would be pressed into service much more often in 2011 following the concussion to Mauer that ended the perennial All-Star's career behind the plate.

Jason Castro could hardly be called a back up, but for the opposite reason of Butera. Castro played 79 games for the Twins, as the team employed a de facto platoon between him and Mitch Garver. There was only one instance all season in which the same catcher started 3 consecutive games, and even then there was an off-day in the middle. Keeping both Garver and Castro fresh goes a long way - so long the pair set a record for most homers by catchers in a season. Castro contributed 13 homers, and was the perfect lefty compliment to Garver's right handed attack.

Tyler Austin was a big time power prospect and the Twins were lucky to have him ready to take the place of the retired Joe Mauer at first base. But the Twins signed both Nelson Cruz and C.J. Cron in the off-season, leaving Austin as the odd man out. He was traded to San Francisco after just 2 games played. After 70 games with the Giants, Austin was on the move again and landed with the Milwaukee Brewers for their pennant push. It's too early to tell if the Twins will regret letting Austin go when they did. This spot could have been filled by minor leaguers Jaylin Davis or Lewin Diaz, both players were parts of deadline deals to bring back bullpen arms Sam Dyson and Sergio Romo.

Wilson Ramos can tell you that hindsight is 20/20, and had the Twins known in 2010 that Joe Mauer would only play one more season as a catcher, they may have thought twice about including Ramos in any trade offers. Ramos has had to deal with his own litany of injuries in his career, but he would have been an upgrade in offensive production on the 2011 team that suddenly found themselves badly needing it. 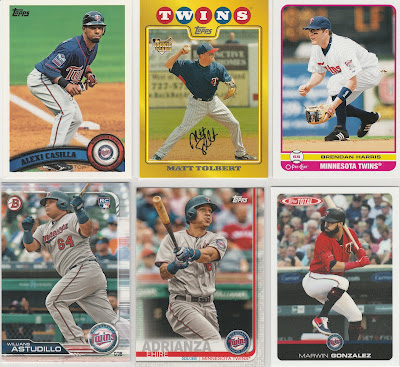 Alexi Casilla, Matt Tolbert, and Brendan Harris all chipped in on the 2010 squad with similar tools but as a group they solidified any missing pieces in the Twins' infield. Casilla primarily handled 2nd and short, Tolbert at third and short, and Harris at both corners with the odd fill-in up the middle. Casilla was the best hitter of the bunch, with a .276 / .331 / .395 slash line, also contributing 6 stolen bases. Tolbert was the only one to appear in the ALDS, playing one game as a defensive replacement.

Willians Astudillo, Ehire Adrianza, and Marwin Gonzalez were varying degrees of thrilling, maddening, and comforting during the 2019 season. Astudillo was a one-man highlight film, playing in the outfield, the infield, and behind the plate. He came prepared to swing the bat- in 204 plate appearances, he would draw just 5 walks, and strike out just 8 times. Ehire Adrianza played all over the infield, and my only criticism is that he gets used by manager Rocco Baldelli as if he is a faster runner than he actually is. Adrianza's lone appearance on the mound caused me to walk out of a game for the only time this season, as I could no longer bear to watch the Twins get embarrassed by the Mets.  But Adrianza was a very good player in every other way, contributing on defense and at the plate. His homer off Justin Verlander was the only tally in a 1-0 victory over the future Hall-of-Famer. Marwin probably deserves to be in the first group of reserves, as he played in over 100 games this year. He was Rocco's security blanket, filling in all over the infield and in the outfield corners. He was a regular contributor to the Twins' power supply, hitting 15 homers. An oblique injury has ended the regular season prematurely for Gonzalez, but the hope is that his season is not over completely.

Very much excited and anxious for the 2019 ALDS to begin tomorrow night! Tell me how much you also want the Twins to win! Yankees fans, I wish you the best of luck (in 2020).